Good morning on Sunday (Ceiling Cat’s Day), June 28, 2020, National Tapioca Day, best consumed as the large pearls in Bubble Tea. It’s also International Body Piercing Day, and Tau Day, a bizarre day to celebrate the constant τ, which is equal to 2π (see also here). Tau was suggested by mathematician Bob Palais as more natural than pi, since tau is the ratio of a circle’s circumference to its radius. Well, I have no dog in that kerfuffle.

A big deal: the New York Times was the first to report that Russia apparently offered soldiers of the Taliban a bounty for killing American soldiers. This is an unthinkable breach in the already fraught relations between the US and Russia. Further, the White House has known about this for several months, but has neither mentioned it nor taken any action. Is Trump even capable of responding to this provocation by his “great friend” Putin?

More erasure: Princeton has decided to remove the name of Woodrow Wilson from its school of public policy and a residential college. To be sure, Wilson, President of Princeton for 8 years before becoming president, was a pretty hard-core racist.

The Washington Post has a new short piece on “Five Myths About Policing” that’s worth reading.

Dorothy’s brood (still seven) has reached an uneasy detente with Honey’s Flotilla, so for the time being things are tolerable on Botany Pond, though I’m stressed out a lot. Yesterday, Dorothy’s babies finally learned to use the duck ramp to go ashore. Here are a few snaps: 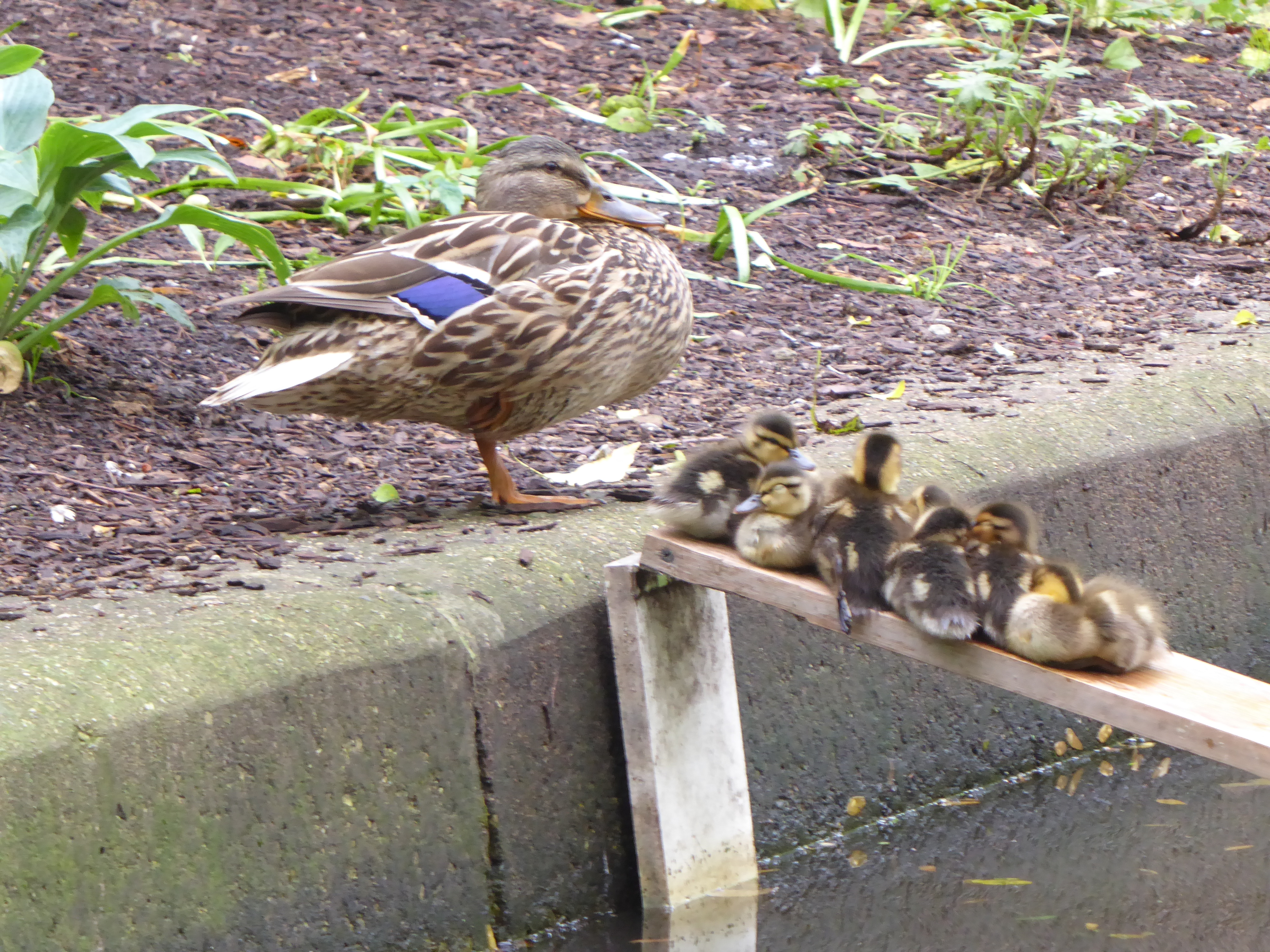 Resting in the grass: 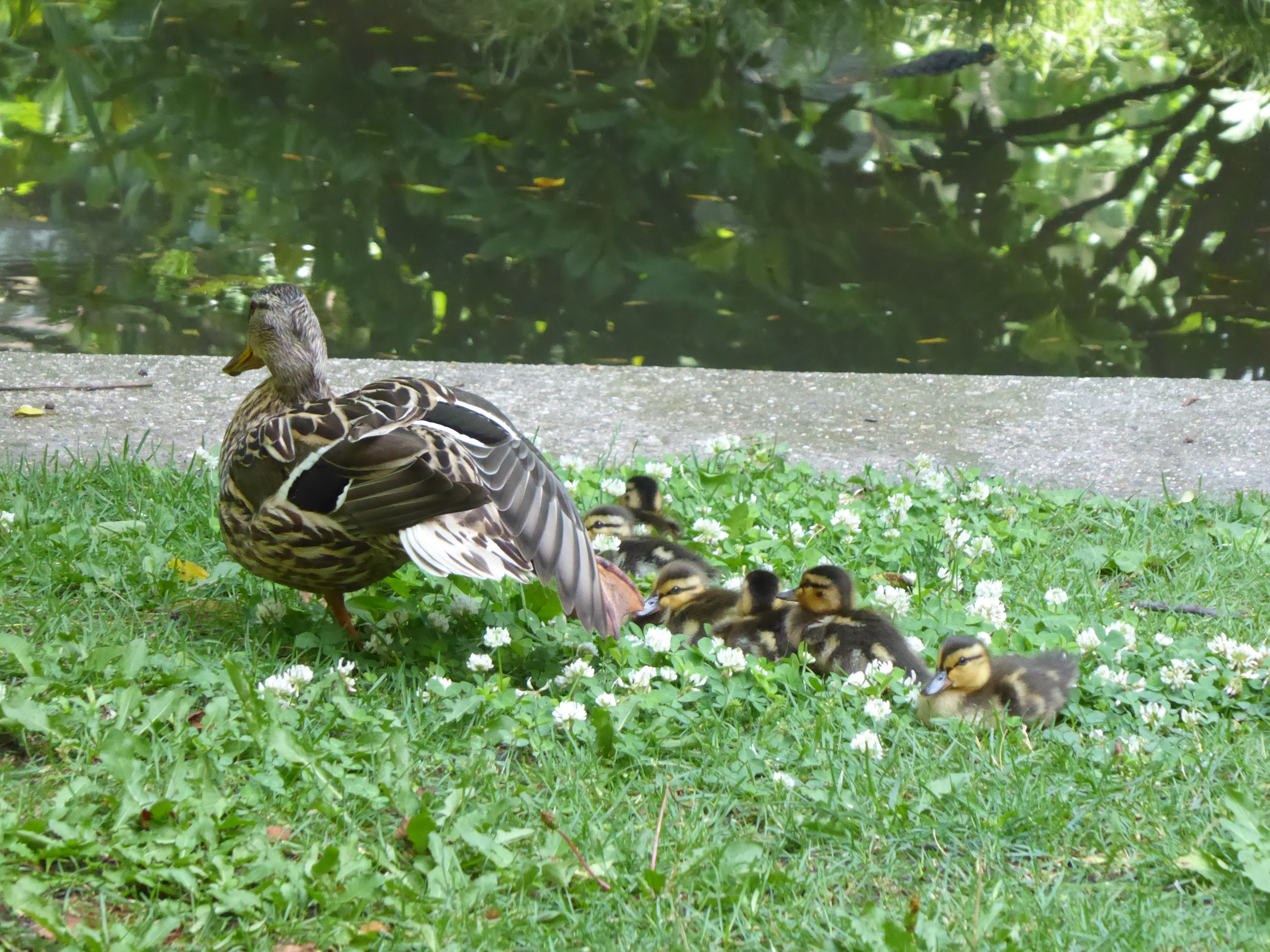 One of Dorothy’s new ducklings: 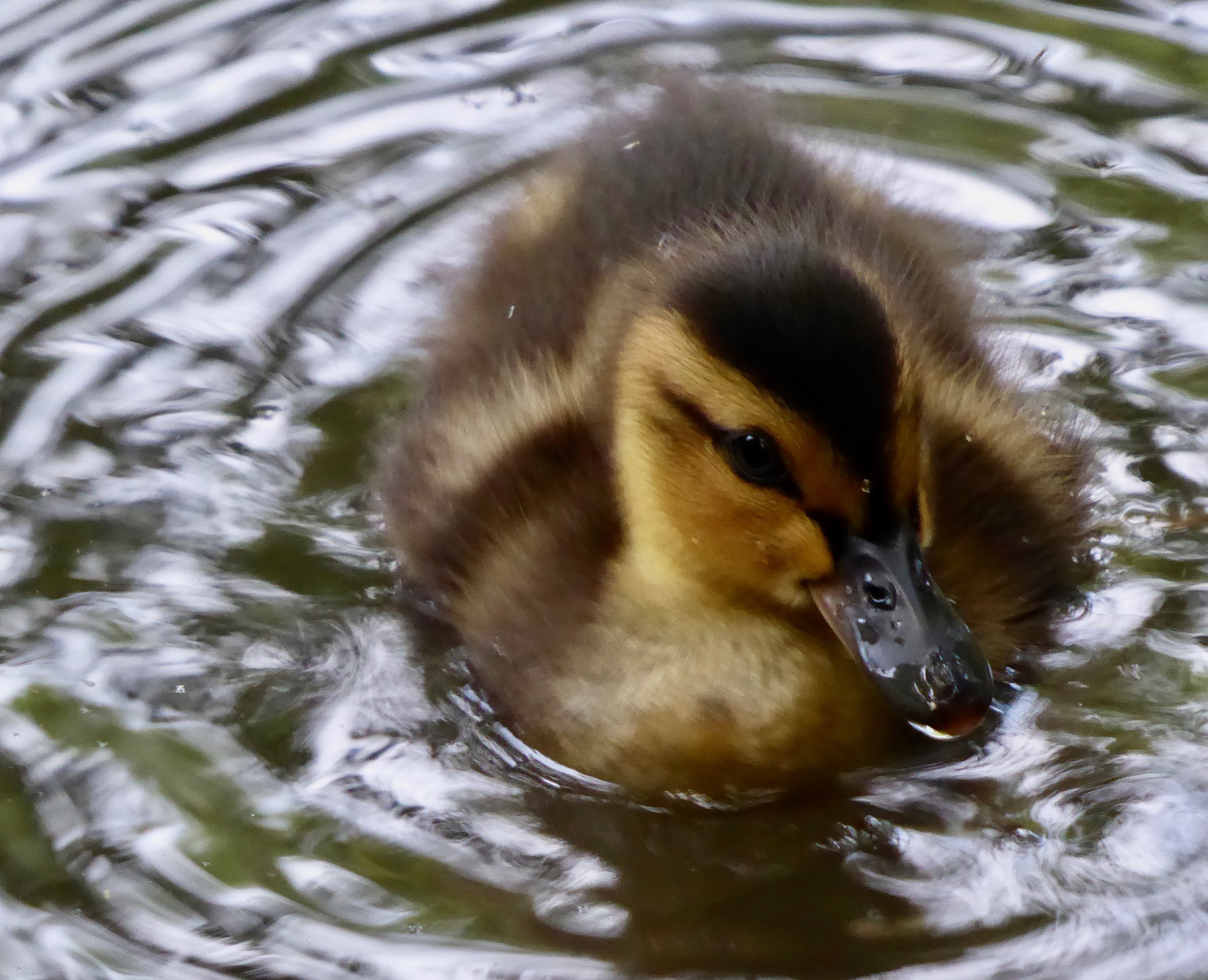 Meanwhile in Dobrzyn, Paulina (the upstairs lodger and formal owner of Szaron) helps weigh Hili. The tubby tabby gives some helpful advice. (Note that Szaron is watching; though he’s smaller than Hili, he’s apparently denser as they weigh about the same.

Hili: Stand more on your right foot.
Paulina: Why?
Hili: We will weigh less. 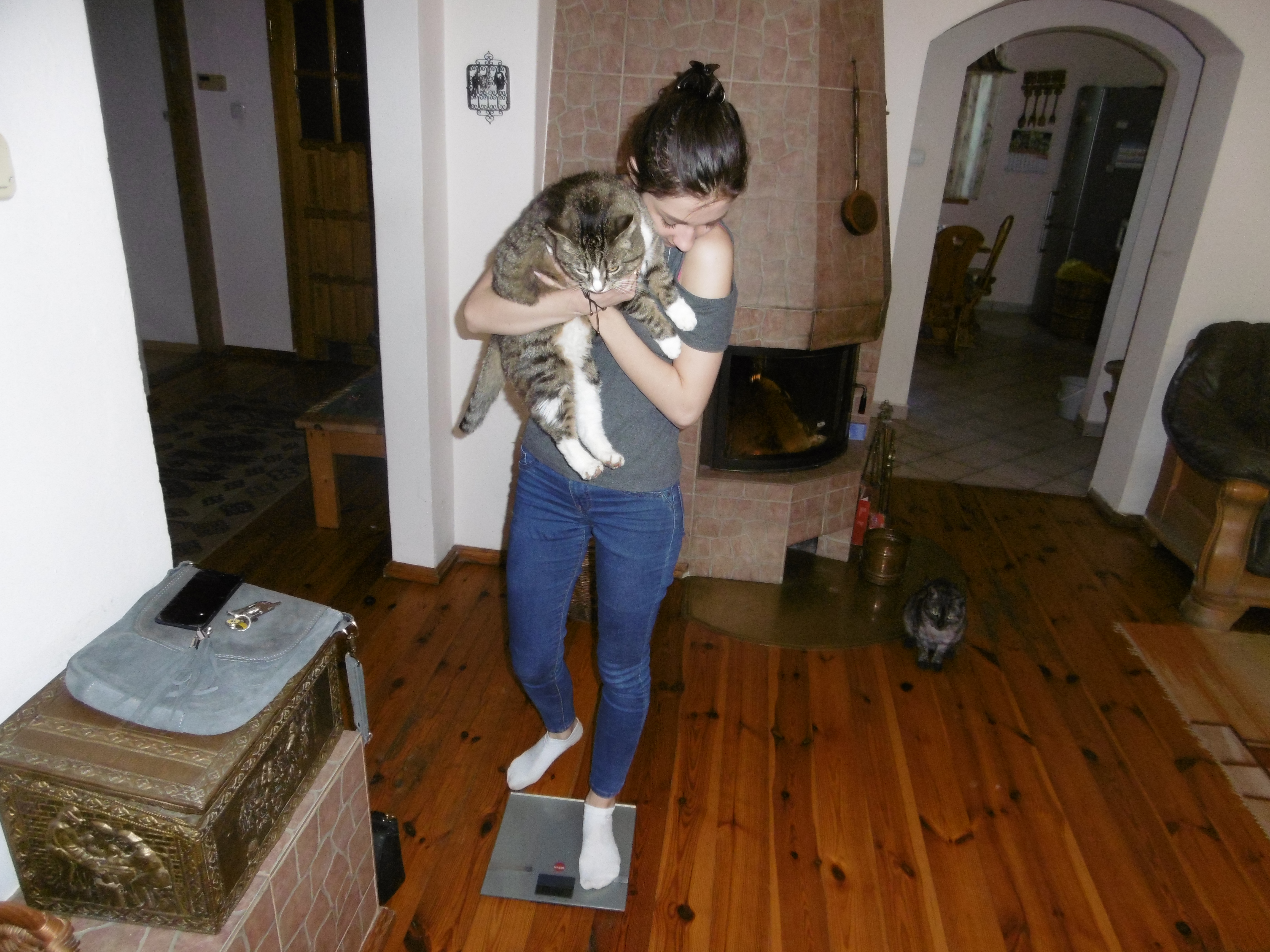 From Ginger K., a duck makes the police blotter: 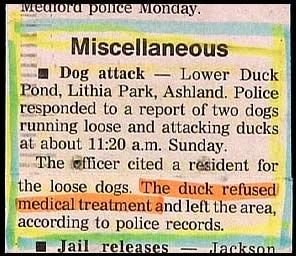 Another Mike Lukovich cartoon from reader Charles. Remember the old tuna commercial slogan, which is also appropriate here: “Sorry, Charlie!”  (Or is that Linus?) 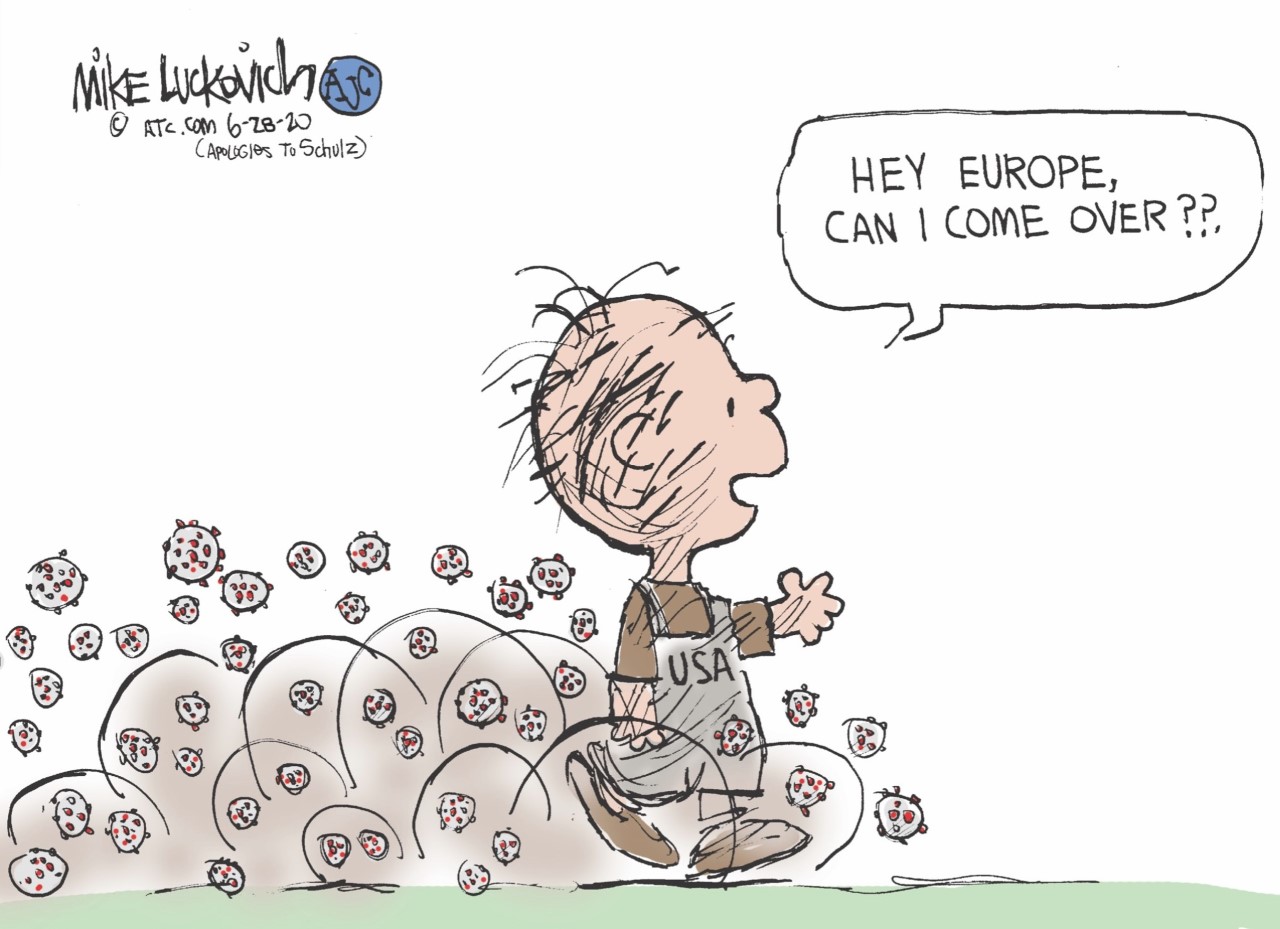 A tweet from reader Alon, with the latest Sarah Cooper Trump-synch. Listen to the Lying Big Liar Lying about attendance at his Oklahoma rally!

How to empty seat pic.twitter.com/SxDJ5M1sdN

Tweets from Matthew. I hate these mask-denialists, but I also dislike the word “Karen” being used to designate “privileged white women.” It’s bigotry as well as a slur on people named Karen. Anyway, she’s a jerk, whatever you call her. It’s just bizarre that a public health measure has become a sign of political tribalism.

A clever way of sorting round objects by size. Each bin holds the range of sizes delimited by the width of the rods at each edge of a bin.

. . . and a classic religious joke. In this case the rabbi is absolutely right:

Matthew tweeted this lockdown cartoon himself, and sent it to me saying, “This is the truth.”

A 400-mile lightning flash in South America, plus one that lasted 16.7 seconds!

Can A Single Lightning Flash Travel Over 400 Miles? – Yes via @forbes https://t.co/lYeHxhECXa