Welcome to Thursday, June 25, 2020: National Strawberry Parfait Day. It’s also National Handshake Day (fuggedaboutit until next year), and Bourdain Day, honoring the birthday of Anthony Bourdain, a guy beloved by everyone who knew him (I wish I were one of them), but who, plagued by demons we couldn’t fathom, killed himself at 61.

The day was founded in 2009 by Faith Cohen. It takes place on June 25th, because that marks the day that the first live satellite production was broadcasted globally. It was a British program titled Our World, and it ended with the Beatles’ performance of “All You Need Is Love”. Artists from nineteen countries were included in the program, and it is estimated that at least 400 million people watched it, which was the largest television audience up until that time.

My oldest friend Tim and I compared our lists of the 50+ greatest Beatles songs. Here’s Tim’s top five

Note that the primary writer on all of these (save “In My Life”, a fantastic song) is Paul McCartney.  I’ll put mine in reverse order (making this list was hard!) Mine is a bit Lennon heavier.

5. The second side of Abbey Road (eight songs but counts as one)
4. In My Life
3. Blackbird
2. Eleanor Rigby
and my favorite:

But there are so many great songs besides these, including For No One; Got to Get You Into My Life; Norwegian Wood;  Here, There, and Everywhere; Penny Lane; Norwegian Wood; Nowhere Man; Something, and the list goes on forever. These are just a few reasons why there has never been a rock group that even came close to the quality of the Beatles.

Although coronavirus is plateauing or dropping in several states, including Illinois, it’s surging in states in the South and West, to the extent that New York, New Jersey, and Connecticut have required travelers arriving from the hard-hit states of Alabama, Arizona, Arkansas, Florida, North Carolina, South Carolina, Texas, Utah and Washington State to quarantine themselves for two weeks.

Because it’s copyrighted, I won’t post yesterday’s Astronomy Picture of the Day—a fantastic aerial view of Chicago taken from an airplane—but I’ll give you the link to it (h/t: Edward). Do have a look.

The BBC reports that in Sheffield, a pub was closed by police when a raid disclosed that drinkers were having their pints while hiding in closets, and then on the roof. Pubs are still not allowed to reopen in the UK. (h/t: Jeremy).

Kvetch of the Day: Duck-tending is driving me nuts, as Dorothy is not proving to be a good mother. She lets her ducklings wander all over the pond (fortunately, Honey’s brood doesn’t attack them), and, once a day, she simply flies away from the pond for a half hour or more, leaving the babies stranded and peeping in distress. I have to sit by the pond for hours trying to protect them, and try to stave off any inter-brood antagonism, but it’s stressful, depriving me of food and sleep, and keeping me from paying full attention to this website. Readership and commenting are falling, compounding the distress. Please bear with me.

Meanwhile in Dobrzyn, it looks as if the new cat, Szaron, is angling for a position on Listy! 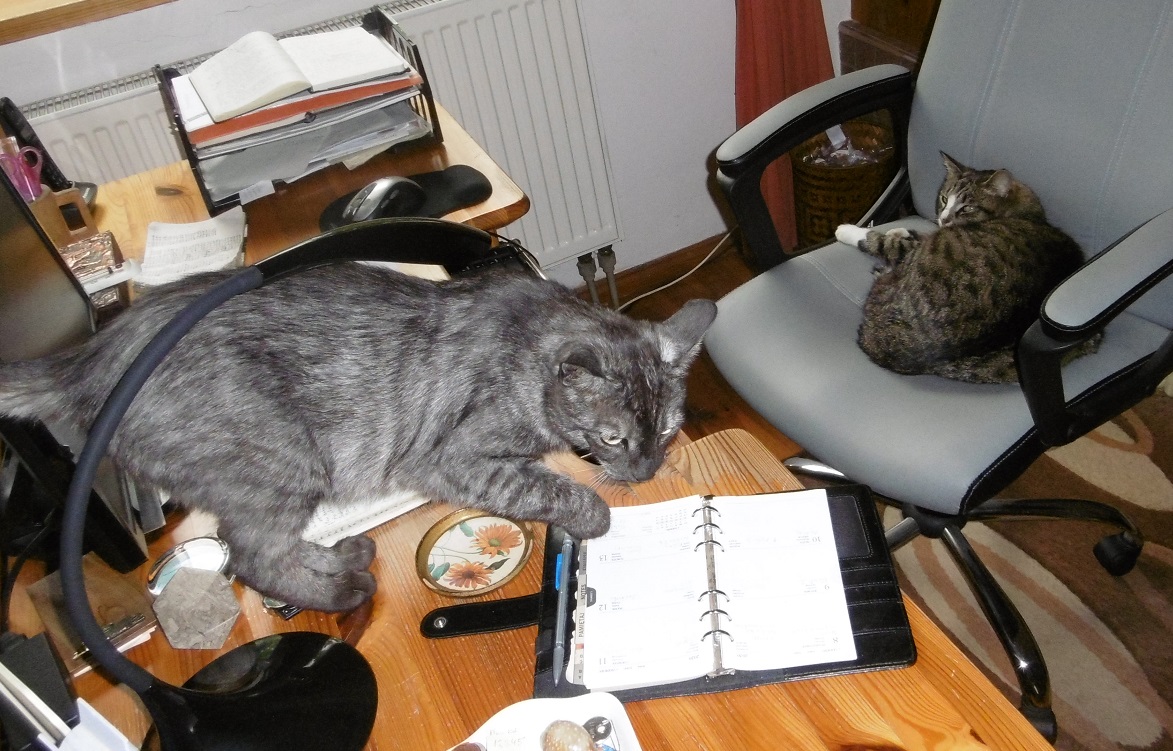