The visitor is not one that I welcome in terms of potential carnage to my beloved ducks, but I do love to see it because the visitor is stately, splendid, and gorgeous.

I think they come to the pond looking for fish, as the “ducklings” now seem to be too large to be a heron snack. Nevertheless, still fearful because great blues can eat huge fish, I watched it for a while before I made it fly away. The ducklings didn’t seem bothered: the whole brood was nearby looking at it curiously: 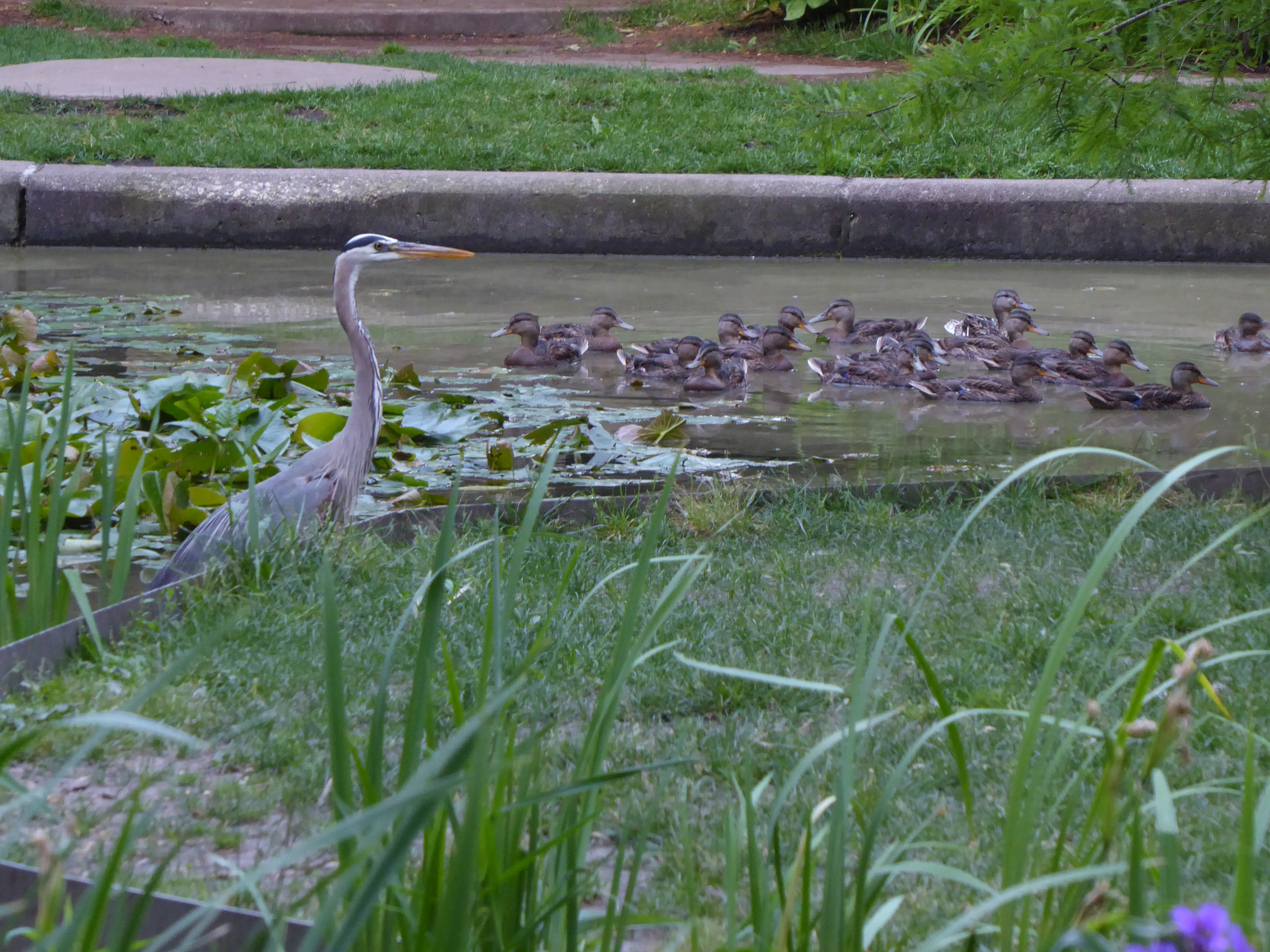 After a while I approached it, knowing that would make it fly, but it flew to the other bank near the cement bench. And the whole brood, which stayed together, moved in that direction to further inspect the bird. They didn’t seem scared at all, though had it been a dog, they would have fled.

You can see how large it is when comparing it to the brood, which are approaching full adult mallard size: 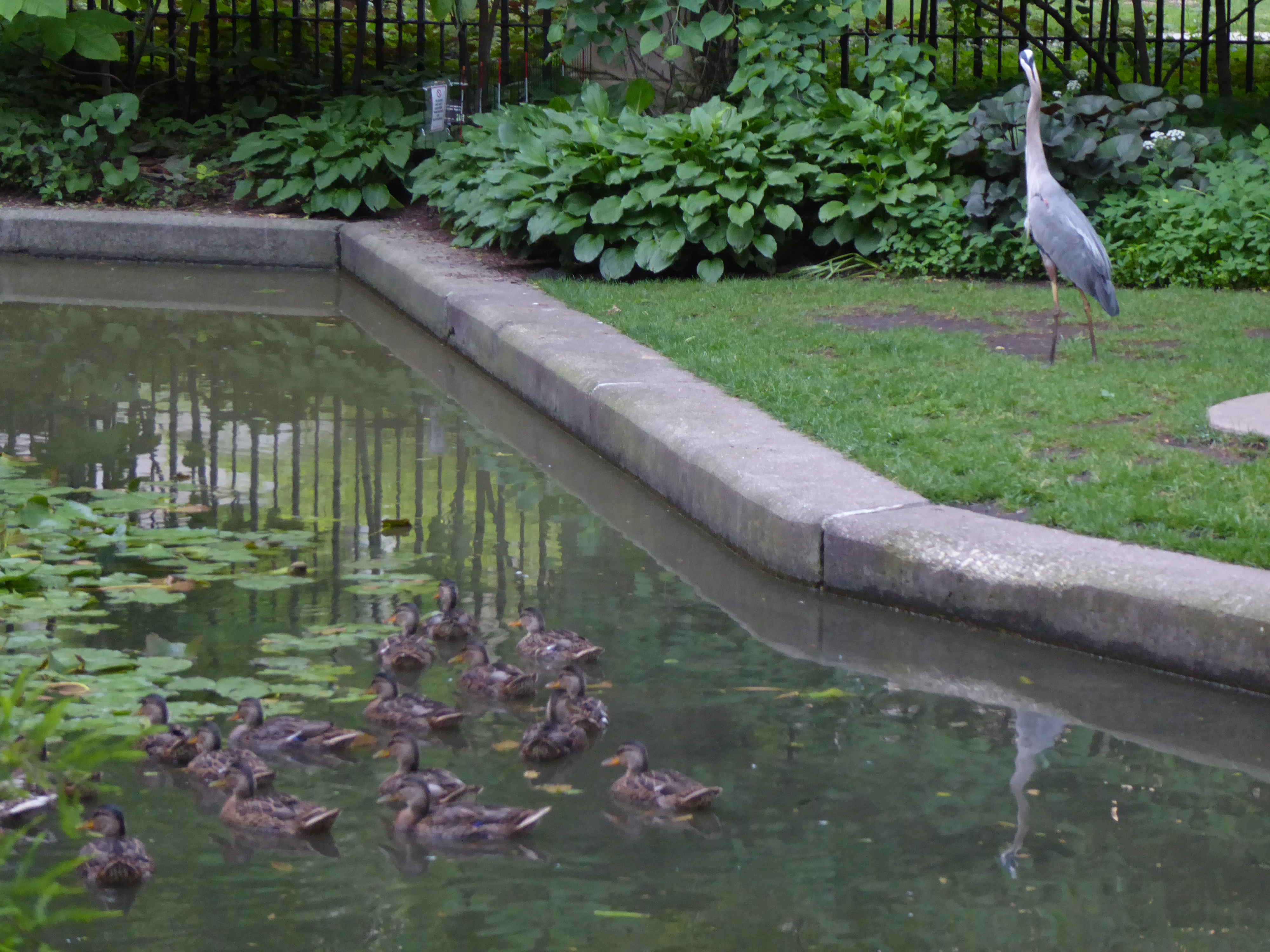 These are magnificent animals, so big and majestic. And I could hear no sound as it flew: 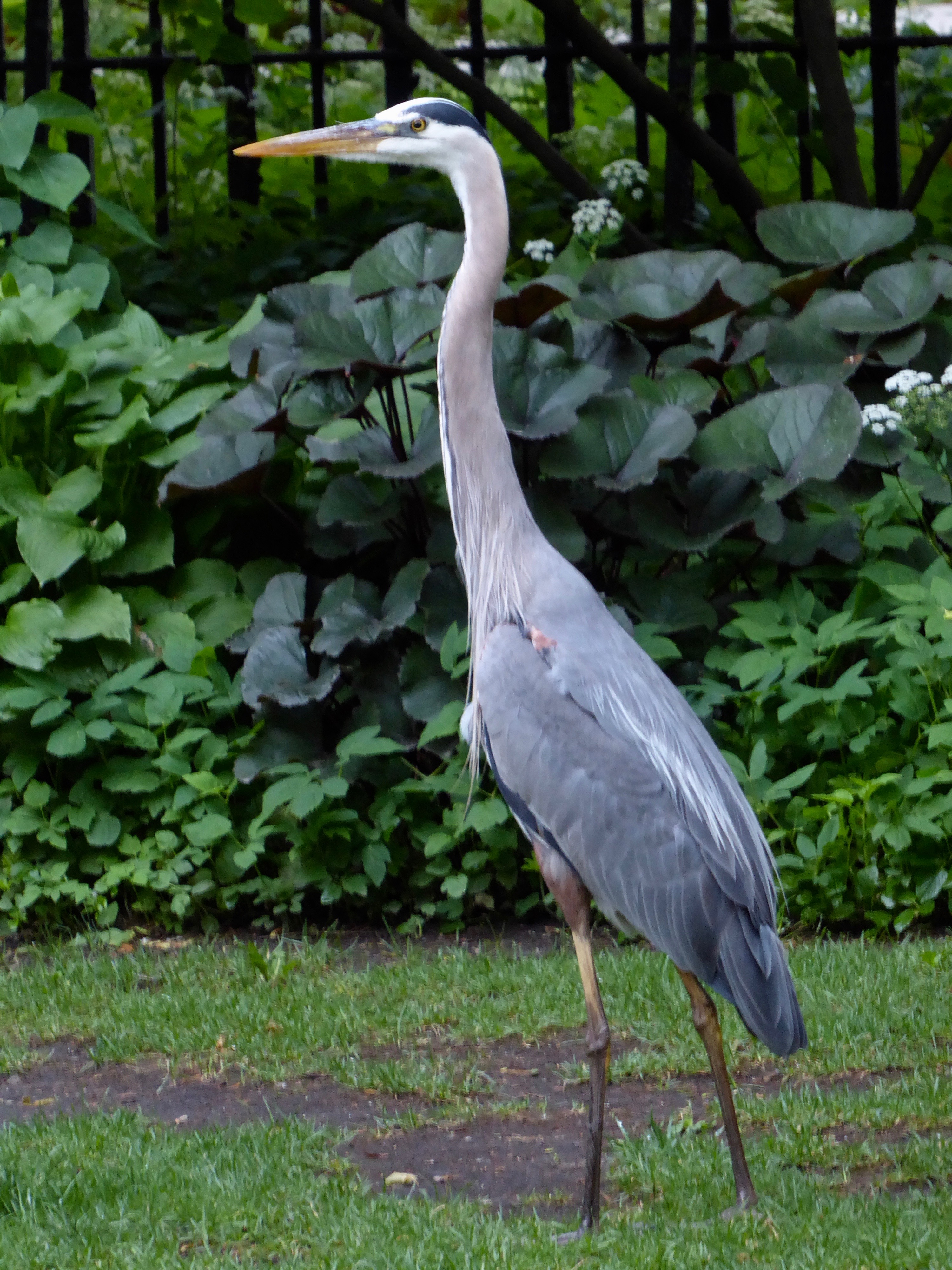 The light was low, and because the camera was handheld at about 1/10 of a second, the photos aren’t sharp. But look at that beak! 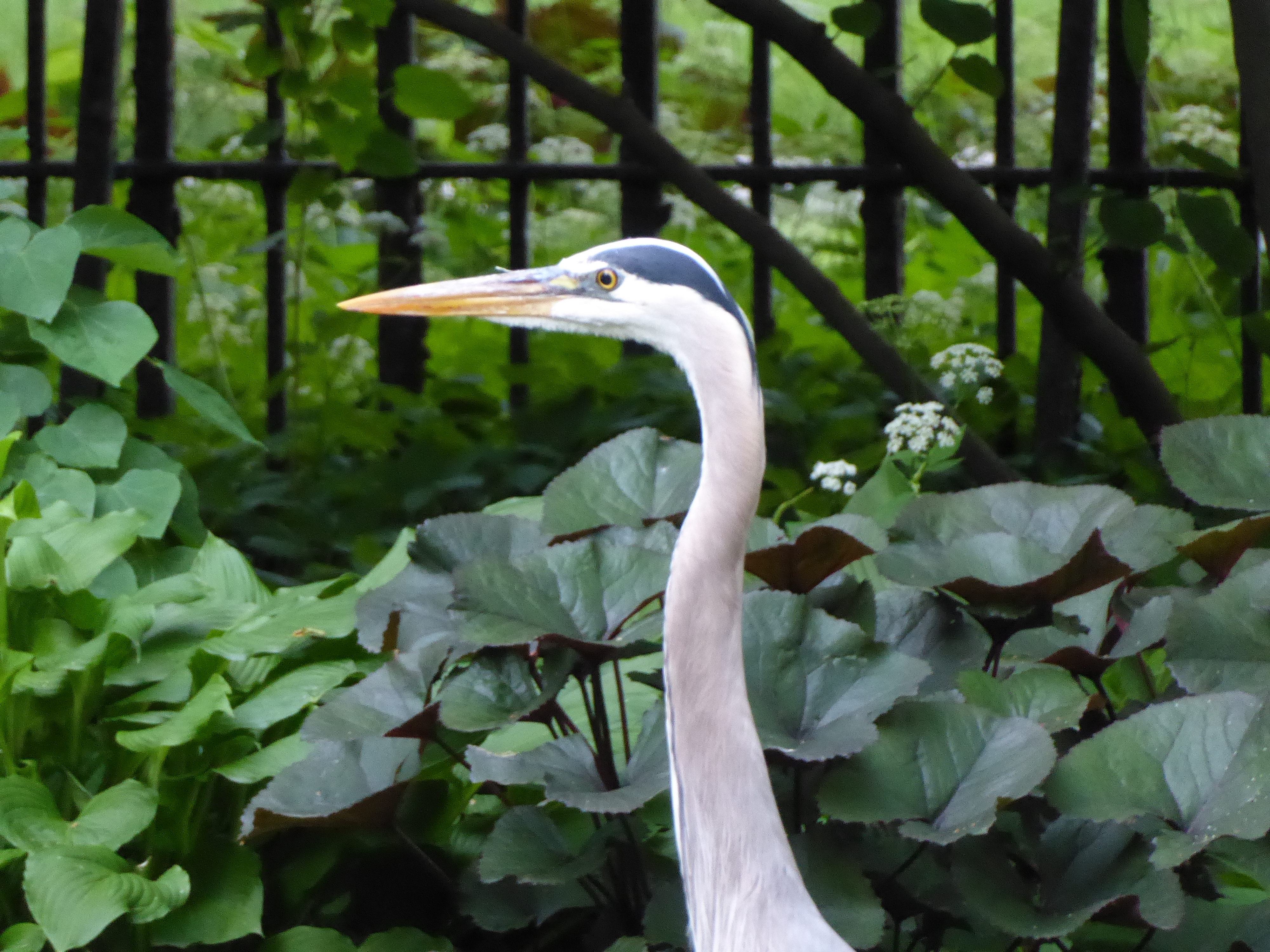 I walked toward it on the other bank, and it flew off, but only into a nearby tree: 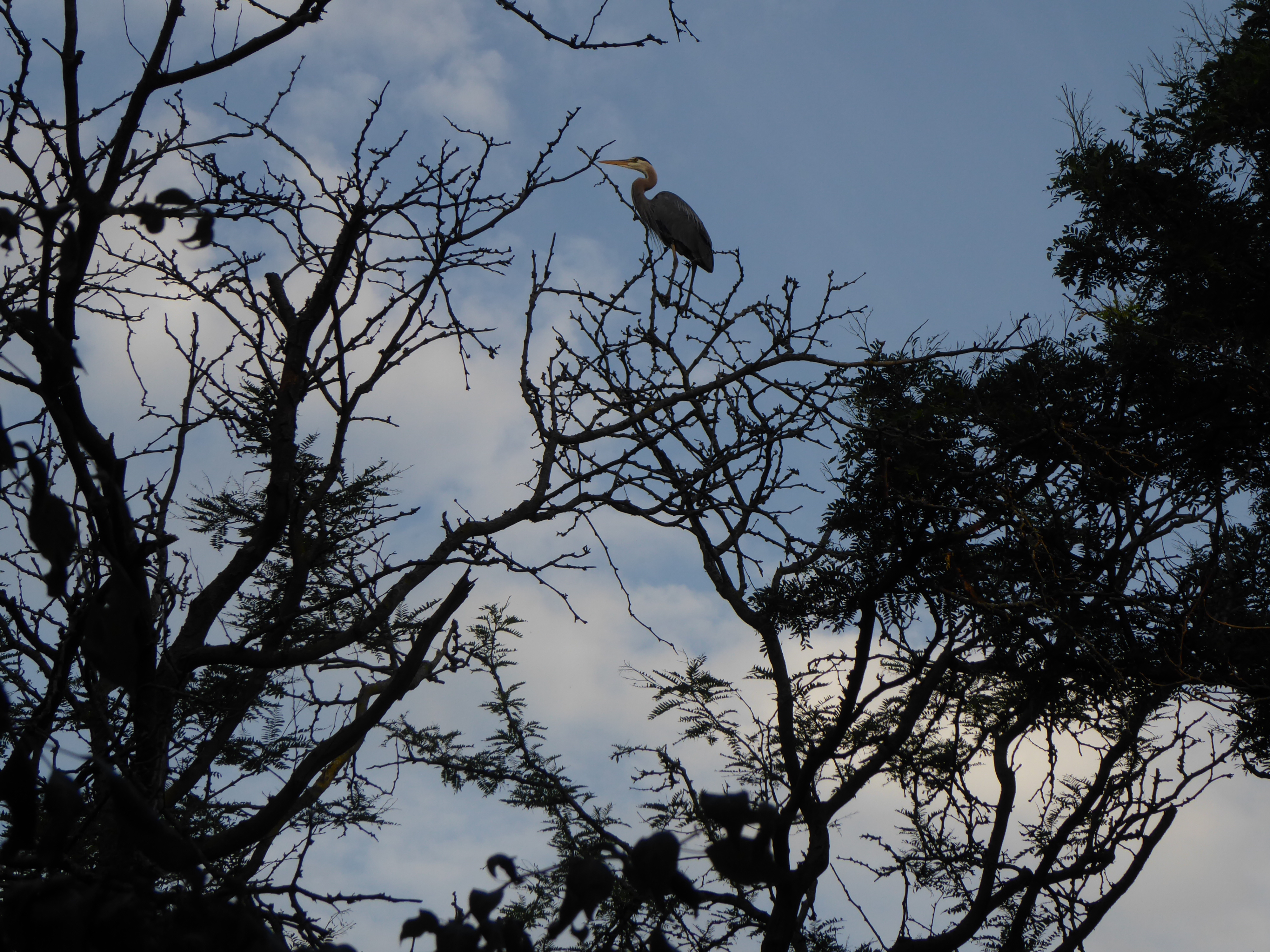 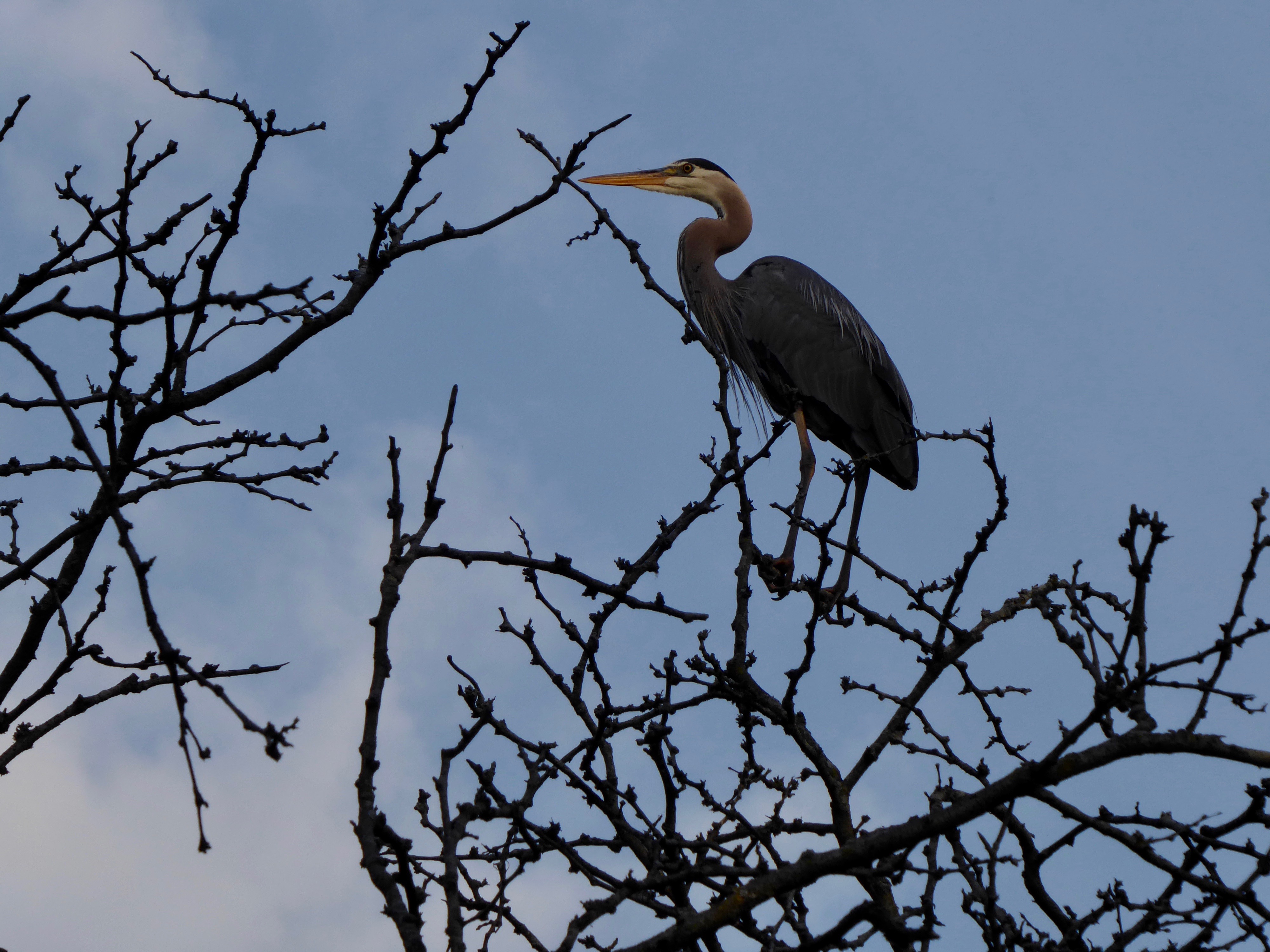 After a while I decided I couldn’t wait there to see if it left, and, fearful it might still try to eat a duckling (they might be big enough to do that), I clapped my hands until it flew off to the east. I hear that there are several of these that frequent the ponds and lakes behind the Museum of Science and Industry, which is in that direction. There are better pickings for them there anyway, as our pond has almost no fish, and the ones we have are small.

16 thoughts on “The pond had a visitor”