Posting may be light for a while as I have to monitor for the appearance of the great blue heron who seems to have discovered Botany Pond and its ducklings. That means less time to write (and none to shop for food). I will do my best.

News of the Day: Worse than yesterday. Have a look at the New York Times article, “Top health officials paint bleak picture of the pandemic.” Fauci is emphasizing the dangers of premature reopening of economies, but many states are doing it anyway, and Trump isn’t exactly discouraging them. California State University, the system of colleges which is America’s largest with 23 campuses, has announced that “real” classes will not convene this fall; all instruction will be virtual. Other colleges will surely follow, and that’s the end of university instruction until next year. Colleges try to put a good face on it, but that’s lipstick on a pig.

Stuff that happened on May 13 includes:

Here are the children, with the Wikipedia caption: “Lúcia dos Santos (left) with her cousins Francisco and Jacinta Marto, 1917″.  The Marto children were both dead by 1920 from the influenza epidemic, but dos Santos lived as a nun until 2005, when she was 97.

Here’s Hargreaves descending after her successful climb of Everest. Exactly 3 months later, she died on the descent after summiting K2. 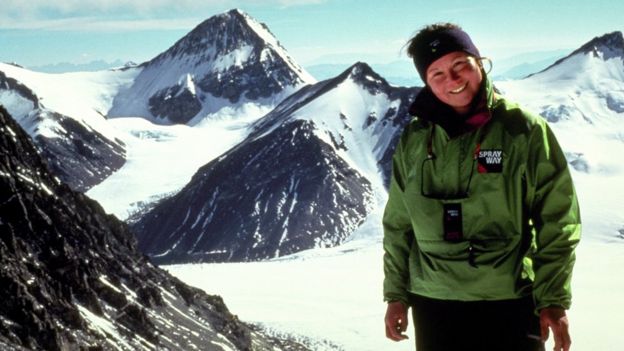 Here’s Braque and his cat. It strikes me that artists seem to have a penchant for Siamese cats. 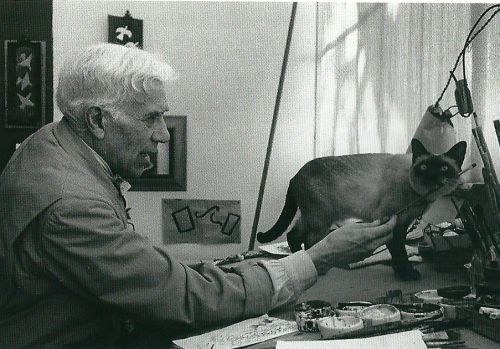 If you want a good critique of religion’s pretentions of being a “way of knowing,” read Philipse’s God in the Age of Science?: A Critique of Religious Reason. It’s long but it’s well worth it.

Those who began playing the harp on May 13 include:

Nansen, a famous polar explorer, also won the Nobel Peace Prize, and, as you can see from the photo below, was extraordinarily handsome. To me, that picture looks like a fierce Viking.

In the final decade of his life, Nansen devoted himself primarily to the League of Nations, following his appointment in 1921 as the League’s High Commissioner for Refugees. In 1922 he was awarded the Nobel Peace Prize for his work on behalf of the displaced victims of the First World War and related conflicts. 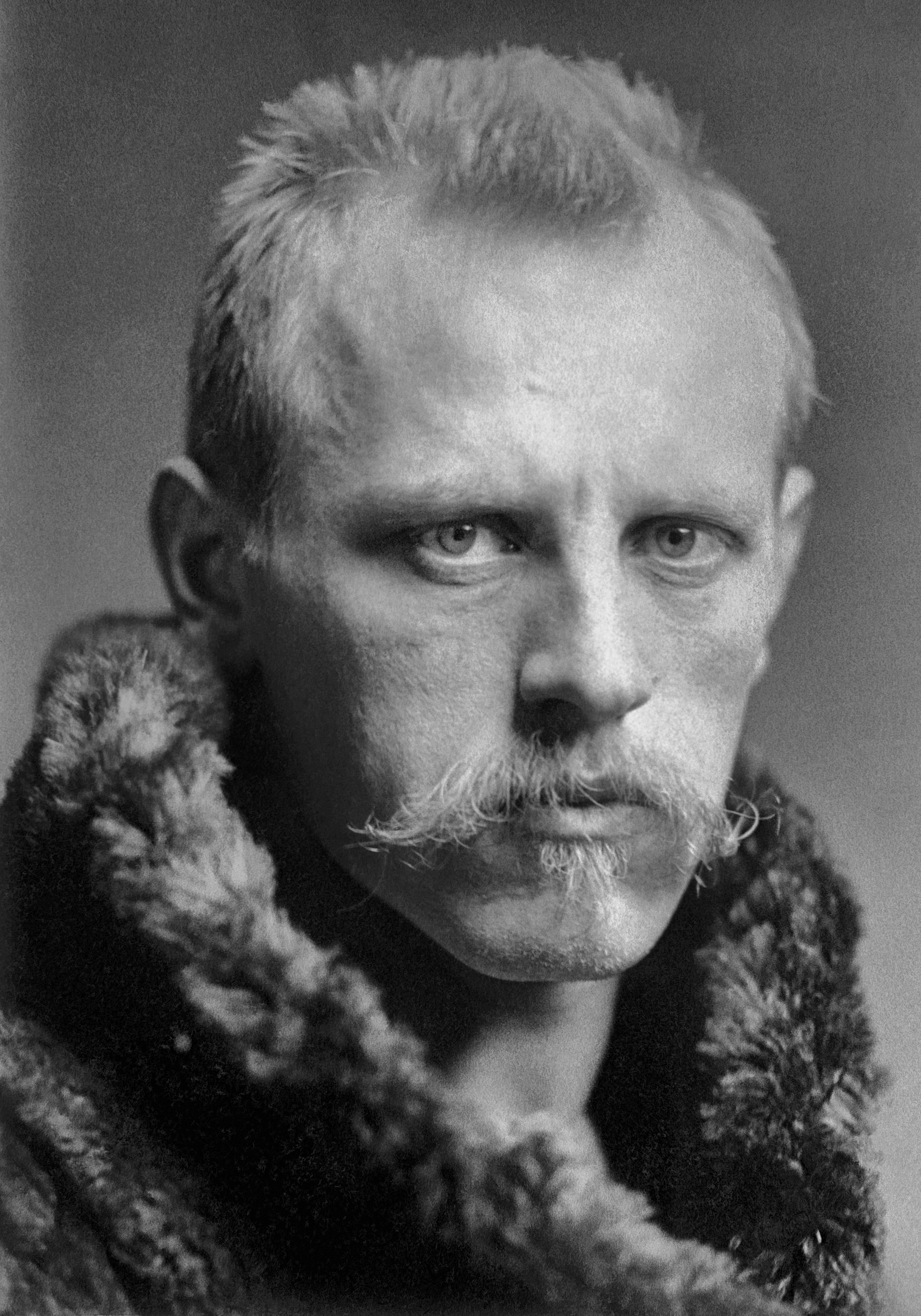 Meanwhile in Dobrzyn, Hili has an adventure inspecting the blooming cherry trees, but her jaunt ends predictably:

Hili: We have to inspect other trees as well.
A: Right.
Hili: And then we will go back home and have something to eat. 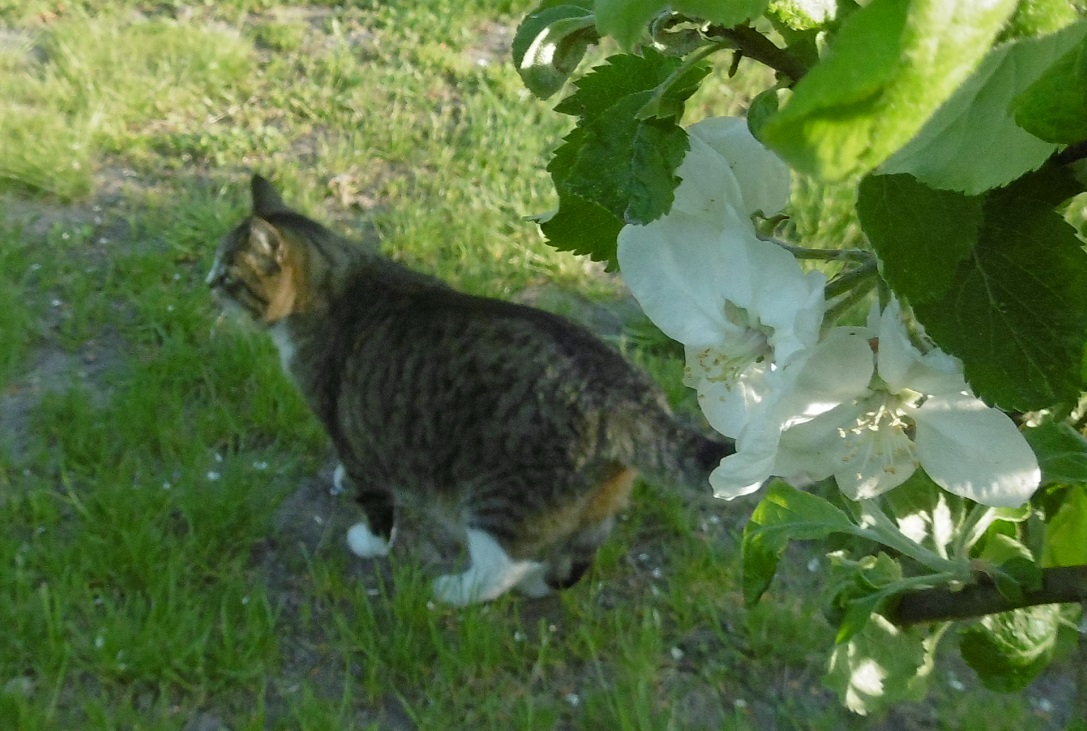 An SMBC strip on free will by Zach Weinersmith. If you go to the original site and hover over the strip with your mouse, you’ll get a secret (and appropriate) message. (h/t: Rick): 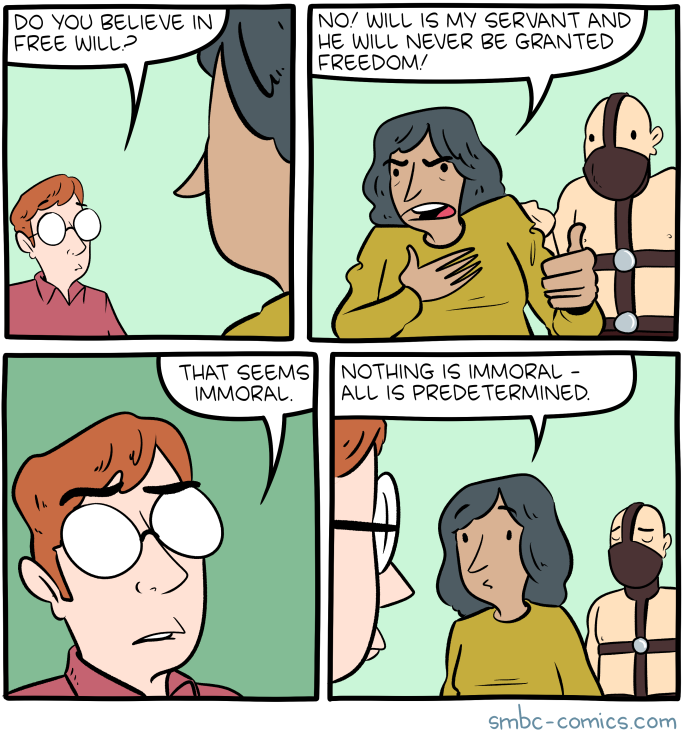 From James, a timely cartoon: 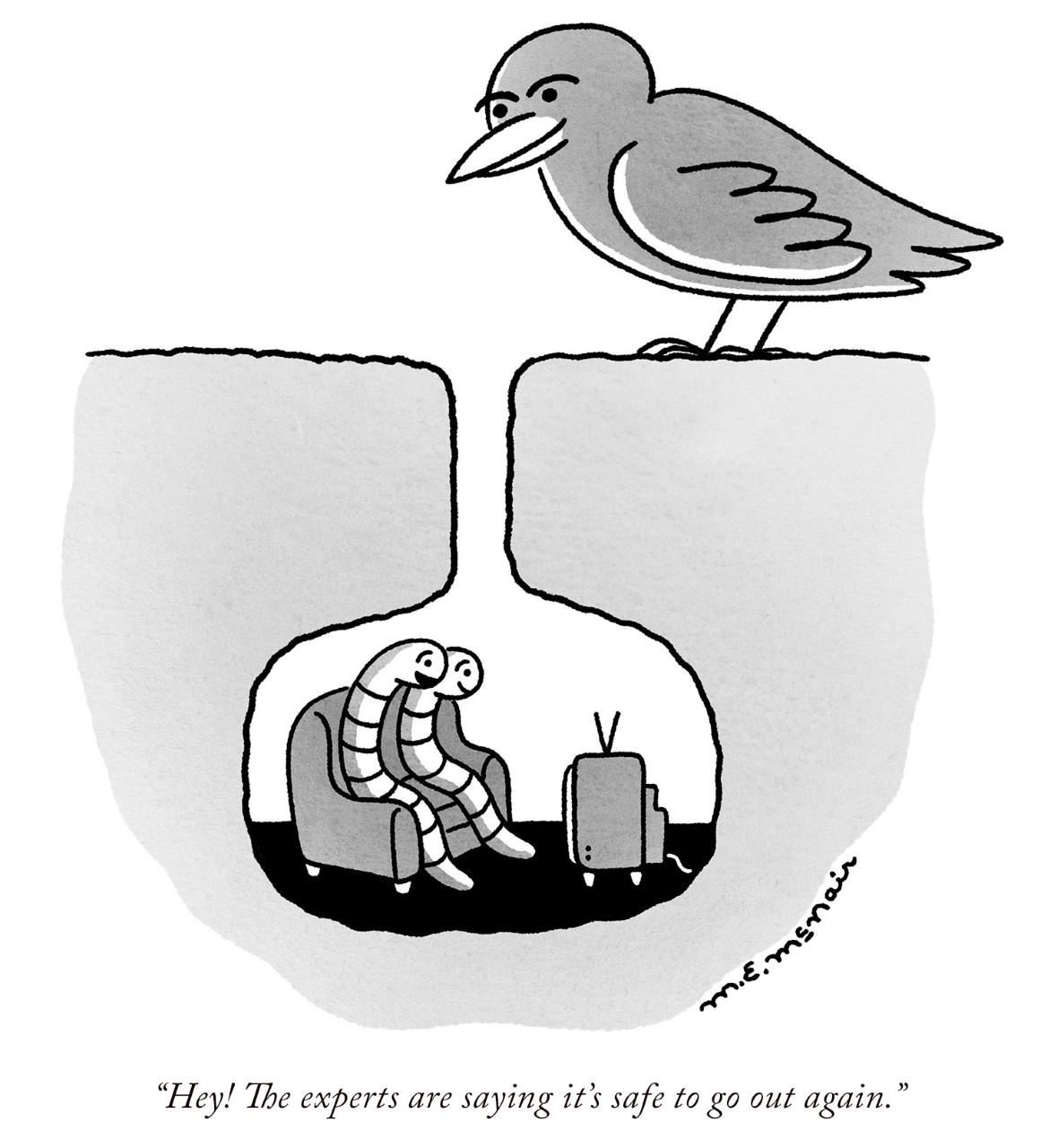 And another along the same lines, but with a Darwinian twist: 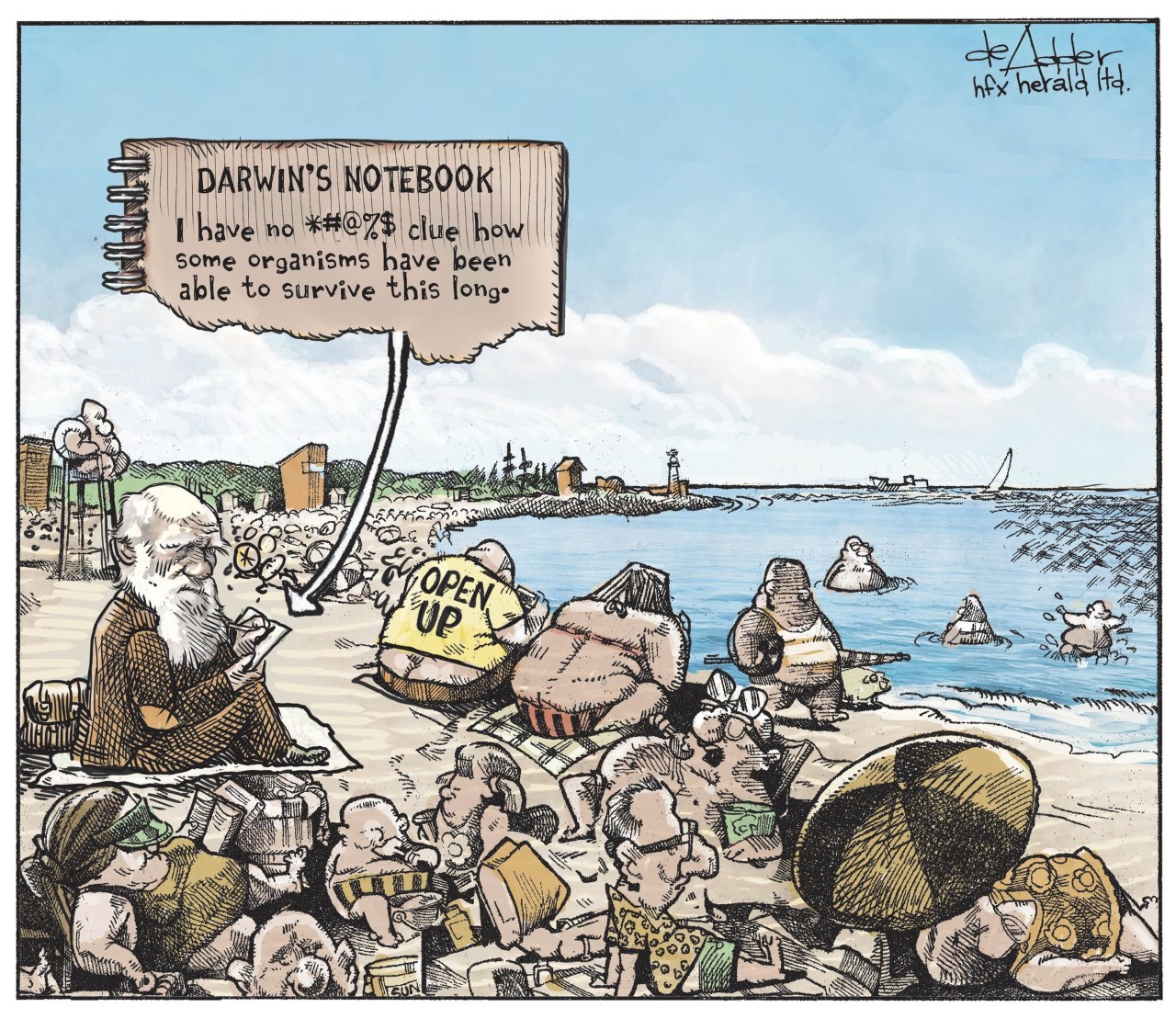 Titania is on the side of the American Civil Liberties Union with respect to her views on athletics:

Now that we have irrefutable evidence that women are physically stronger than men, surely it’s time to abandon gender segregation in sports.

What’s the matter, men? Too afraid to compete with us? 🐔 pic.twitter.com/g4l9ILOr6d

From cesar: A baby Trump talks about the coronavirus:

From Simon, who loves Sarah Cooper’s lip-synching to Trump:

From Heather Hastie. Banksy is back with a tribute to NHS nurses.

#Banksy paying tribute to the The new super hero in our time. #thankyouNHS pic.twitter.com/dpuiR5LRki

Tweets from Matthew. What a display of excitement and interspecies love below! Does this d*g love the pig, or does it just smell ham?

This dog goes wild every time his pig best friend comes over! pic.twitter.com/xfubnjaxwk

An alpaca is born! It looks quite difficult, what with the mother heaving and the baby snorting.

Ashling chose to birth laid down (she always does) but most alpacas birth standing. pic.twitter.com/lnwkYYnoEQ

This is Harry, Matthew’s newest cat, and also the “fluffiest” one:

Matthew was on Michael Shermer’s podcast talking about his new book and related matters. It’s 1 hour and 40 minutes, and I can’t wait to hear what Matthew says about free will and panpsychism.  The link to the show is in the tweet. And, Michael asked me to pose the first question to Matthew (it’s about panpsychism).

Science Salon #115
Matthew Cobb
The Idea of the Brain:
—panpsychism
—hard problem of consciousness
—free will & determinism
—mind uploading
—quantum consciousness
—brain maps/localization
—why neurons are not digital & why the brain is not like a computerhttps://t.co/pP0Zv6NcIT pic.twitter.com/trEouVxqsa

The Fraser Illusion: the lines in each pair are parallel.

a demo of the Fraser illusion pic.twitter.com/TzTupJVT3a