It’s Wednesday, May 6, 2020: National Crêpe Suzette Day, a culturally appropriated dessert in which a crêpe is topped with a flamed syrup of butter, Grand Marnier, and sugar. It’s also International No Diet Day, National Beverage Day (be sure to have a beverage!), No Homework Day, Bike to School Day (superfluous this year)  and National Nurses Day, which has a special resonance this year.

Google continues reviving its Doodles as a way to pass the time during lockdown; here’s an old Halloween game (with a cat) from 2016. Click on screenshot to play:

News of the Day: Depressing, as it should be given the situation. While the coronavirus has apparently peaked in places like New York city, new “hot spots” are appearing in less urban areas, offsetting the decrease in deaths reported in other places. As the New York Times reports:

The country is still in the firm grip of a pandemic with little hope of release. For every indication of improvement in controlling the virus, new outbreaks have emerged elsewhere, leaving the nation stuck in a steady, unrelenting march of deaths and infections.

As states continue to lift restrictions meant to stop the virus, impatient Americans are freely returning to shopping, lingering in restaurants and gathering in parks. Regular new flare-ups and super-spreader events are expected to be close behind.

We’re in this for a long time. The reported death toll from coronavirus now stands at 72,023 in the U.S. and about 257,000 throughout the world.

Finally, Ruth Bader Ginsburg is back in the hospital, but it doesn’t look serious: she was treated nonsurgically for a “benign gallbladder condition.” Please hang on till the election, RBG! She’s a tough old bird.

Ducks: Honey’s will jump today and, with luck, make it to the pond. The pond drakes (3-4) keep attacking Dorothy whenever they see her, driving her away from her brood and off the pond. This is a serious situation that I don’t know how to resolve, but I’m at the end of my tether.  Today’s postings will be light.  I’m not even going to tweak this post.

Stuff that happened on May 6 includes:

Those who expired on May 6 include:

Meanwhile in Dobrzyn, Hili and Szaron are slowly becoming friends—or at least tolerating each other:

Hili: You may sit down beside me.
Szaron: I’m still not sure about it. 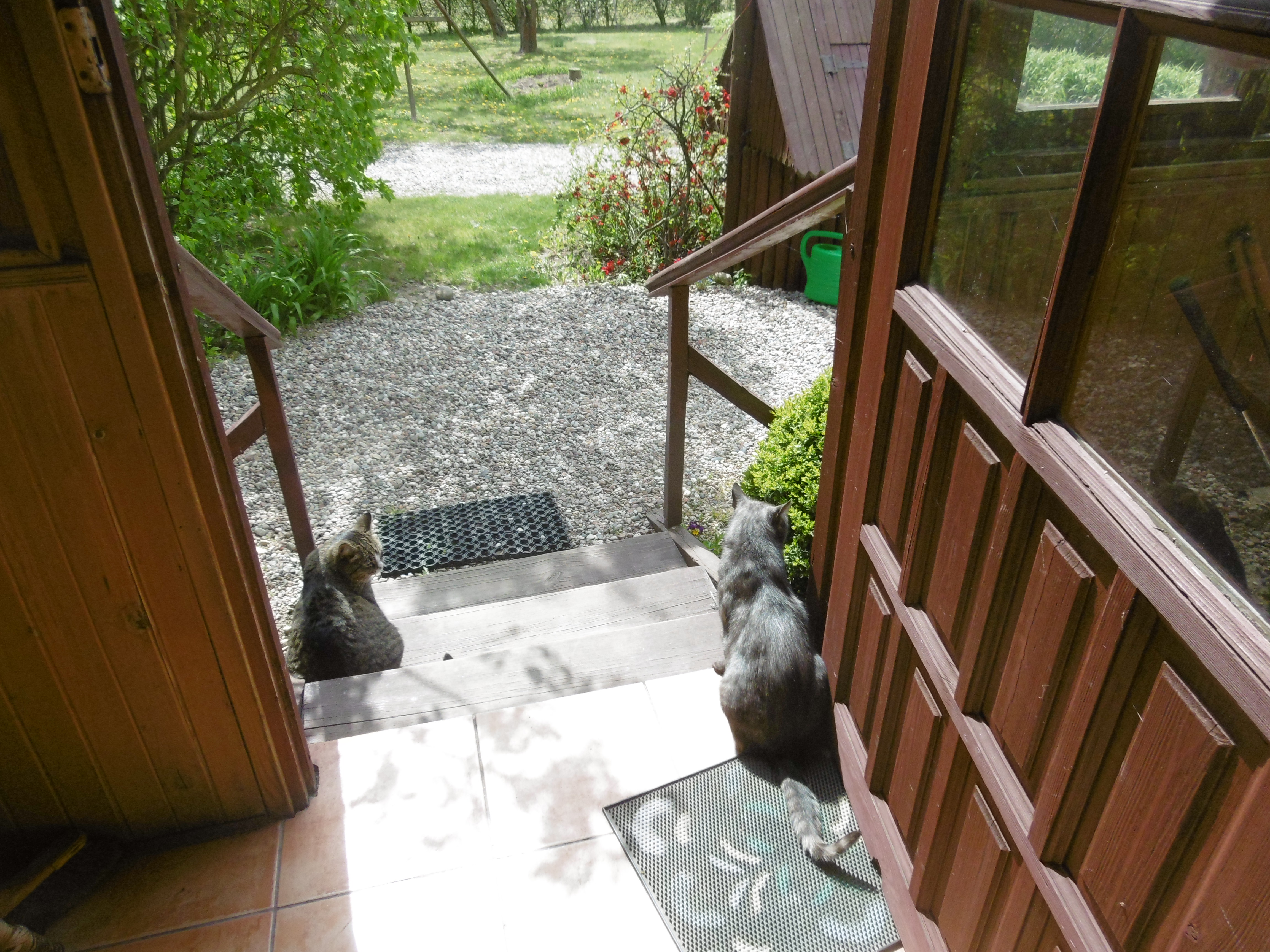 And in nearby Wloclawek, Mietek is smiling at the camera. But who’s speaking? Malgorzata says, “There is a slight chance that it’s not Mietek saying these words but instead the photographer calling to Mitek to smile broadly. Would Mietek talk about himself in the plural? No idea.”

Caption: “We are smiling broadly.”

Reader Kurt Helf sent a LOLcat meme featuring his daughter’s cat: “My daughter Hannah’s cat, Dexter, is the star. Are lolcats still a thing?”  Indeed they are, at least on this site! 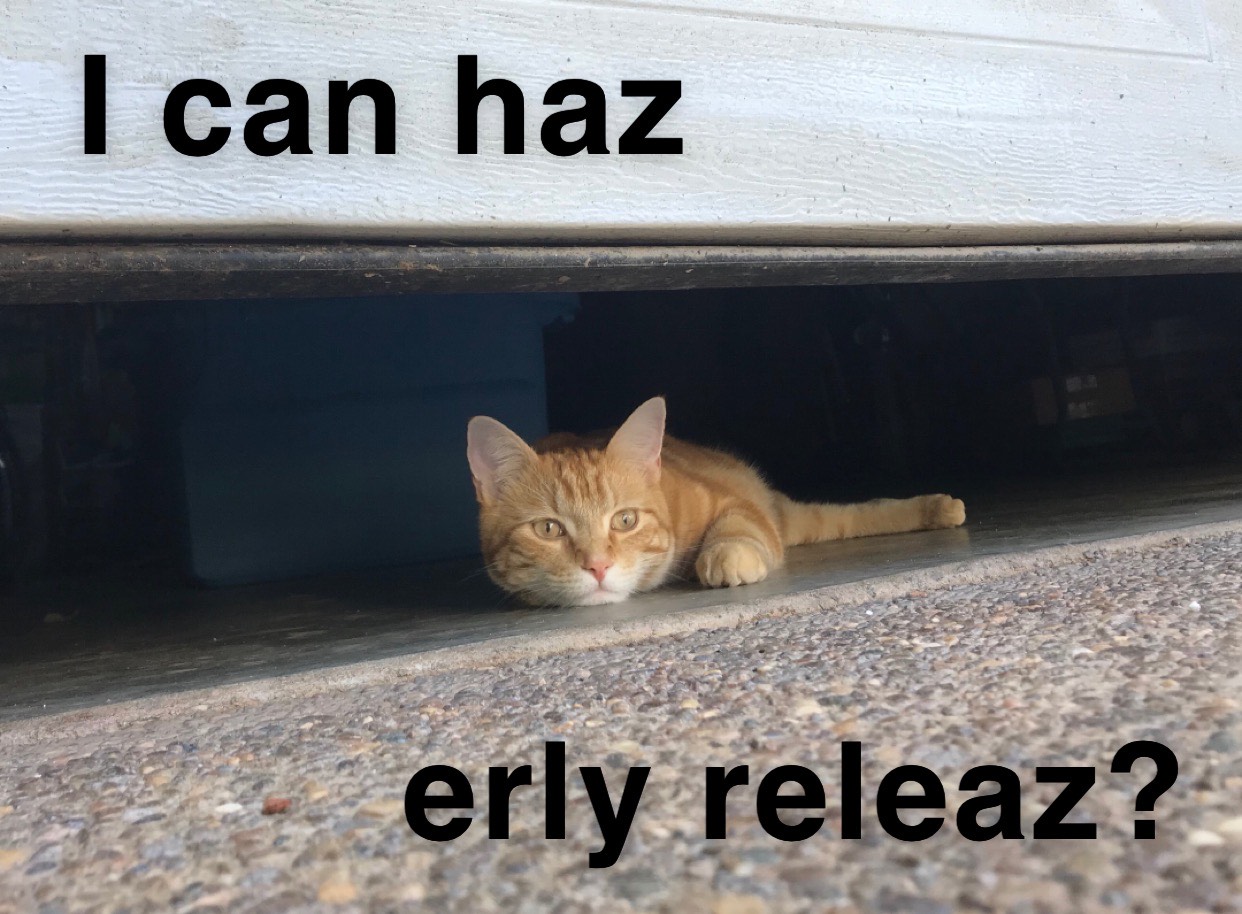 From Divy, who found it in the e-letter from her local cat cafe: 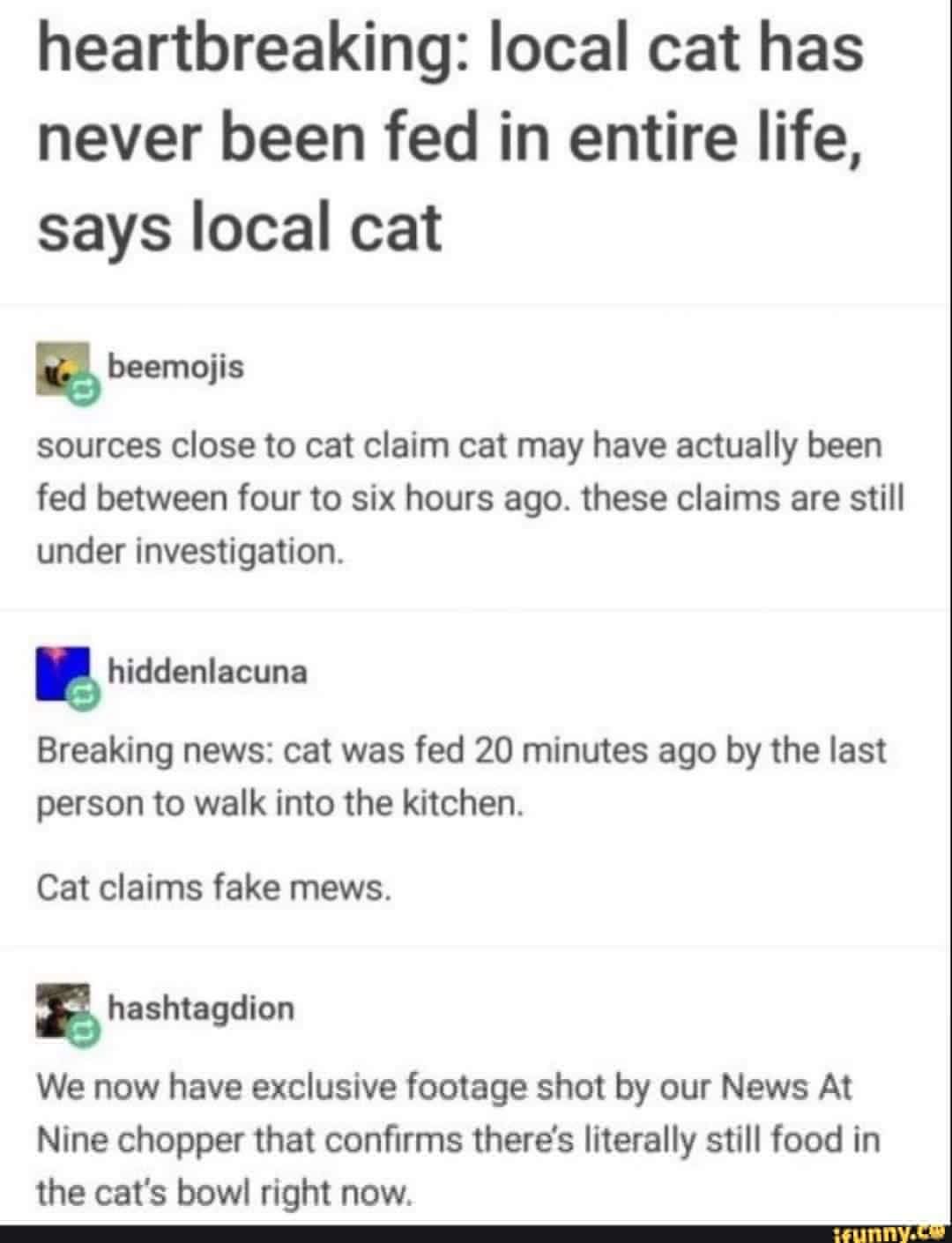 And from Laurie Ann: 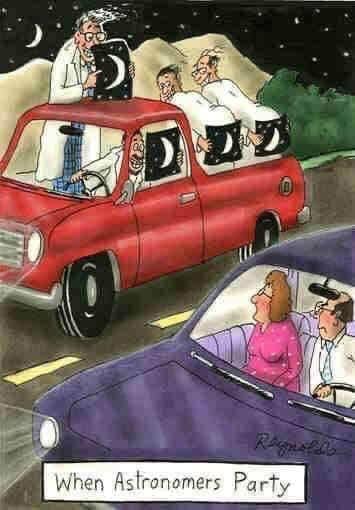 Titania reports an exciting new feature on Twitter: the chance to pre-wash your speech!

Two tweets from Heather Hastie. Mr. Lumpy the Badger gets some fancy noms, including pizza. Sounds like some people have been food-shaming his staff. (Look how he absconds with the pizza!)

The gentlest Mr Lumpy, the Posh Nuts Fairy and Pizza 🍕 🐾🐾❤️
Please remember he is comfortable with me (my smell) and my garden and a slice of pizza is a treat he doesn’t get it everyday, week or month 👍 https://t.co/6sT930tgiX 🙏 pic.twitter.com/viDlxxl5Oo

Like a cat, a piglet “kneads” (I call it “making biscuits”) as it nurses, though the piglet kneads the ground instead of its mom.

Why do you suppose this cat is an “asshole”? I didn’t understand until Matthew explained it to me. Can you guess?

This guy hosts a science podcast and this is clearly an ironic comment. But have a look at those books!

A wonderful view of the ISS from a telescope on the ground:

The International Space Station as seen through a ground-based telescope.

Matthew says that Hellen Pidd is a Guardian journalist. And apparently also the staff of an awesome moggy:

My friend Mike had a cat called Daisy who had thumbs. She could hold a wine glass and was rightly celebrated in the local paper https://t.co/phqu9gcK56

This is one beautiful animal. Look at it!!

When you take as many invertebrate photographs as I do, you occasional get an unplanned winner. This queen wasp (Vespula germanica?) took off from the dandelion flower yesterday, just as I pressed the shutter! #YouMakeYourOwnLuck pic.twitter.com/f2cl8QGOQK