Here’s a lovely story from Mexico. As Bored Panda reports (click on screenshot below), and the video apparently shows, a tailless and dirty street cat led a woman into the grocery store and straight to the catfood section:

33-year-old primary school teacher Tania Lizbeth Santos Coy Tova spotted a little stray cat at her local supermarket in Piedras Negras, Mexico. In the video she took, the cat looks at Tania and when she gently strokes him, he starts to follow her to the supermarket. In a few seconds, he leads her to the food stall and paw-points to the cat food. He knows the cat food brand he likes and Tania lovingly laughs. 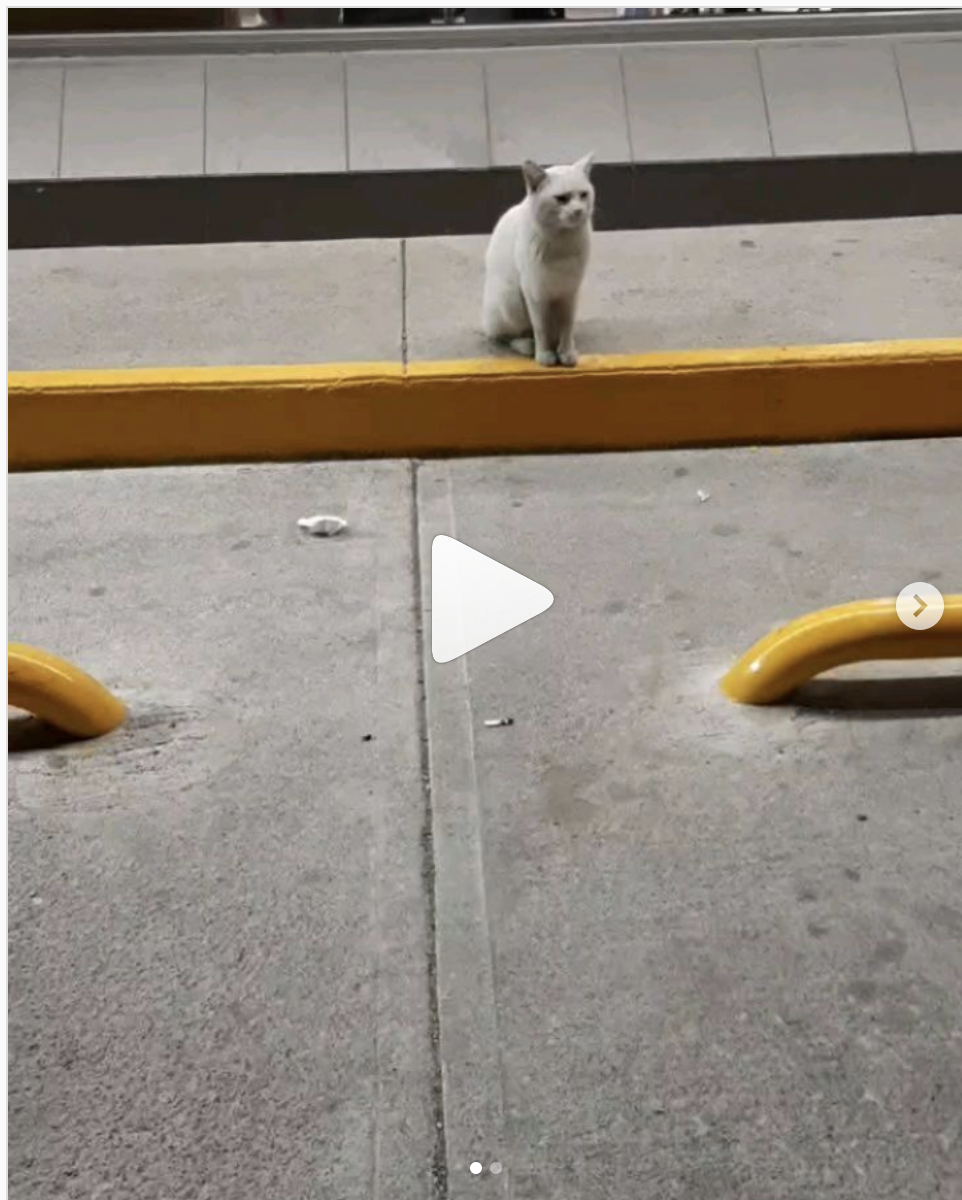 The best news is that she adopted the cat, named him Conjego (rabbit, for his tailless condition), and got him medical care and gave him a loving home. Now Rabbit Cat is doing fine: 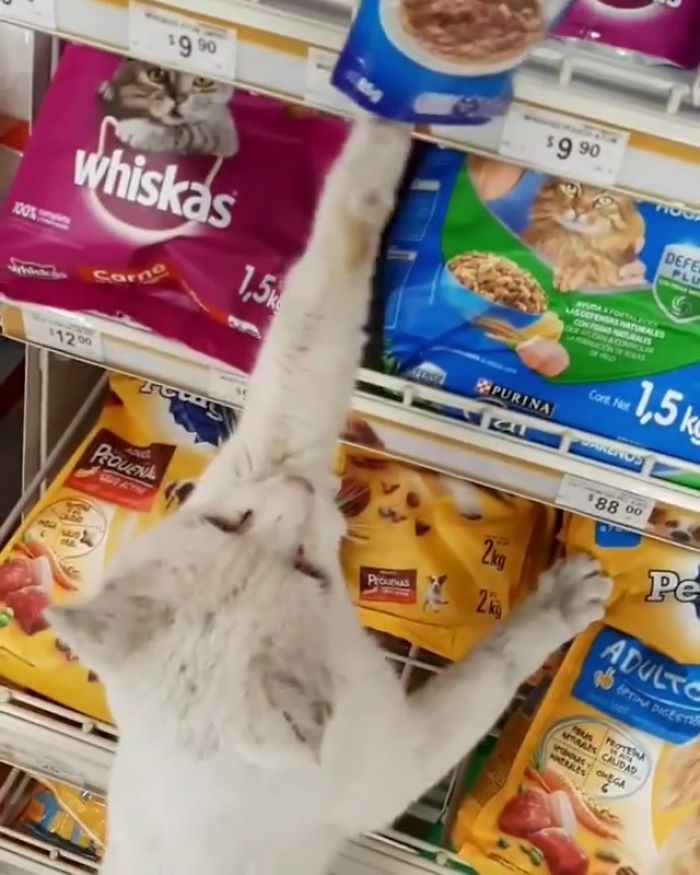 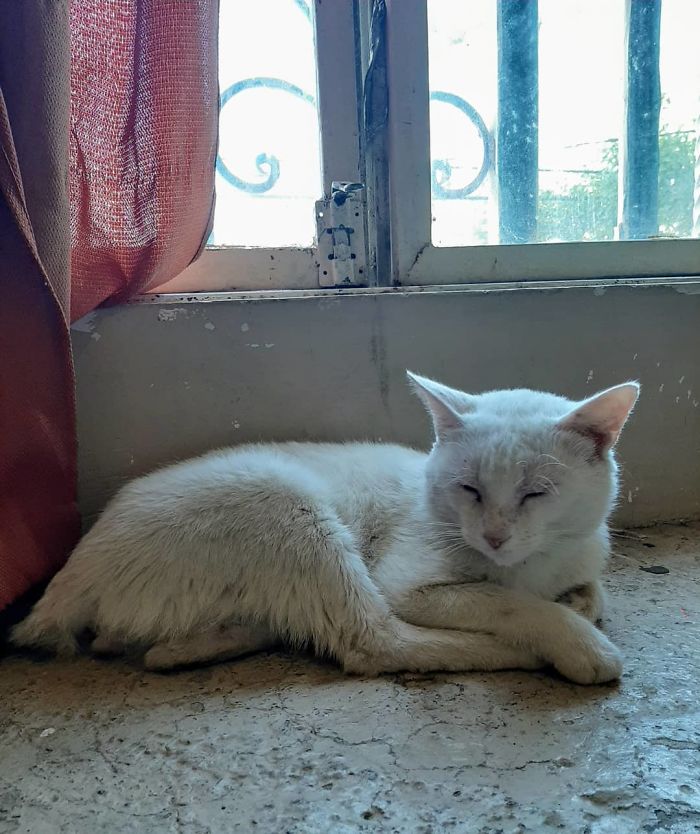 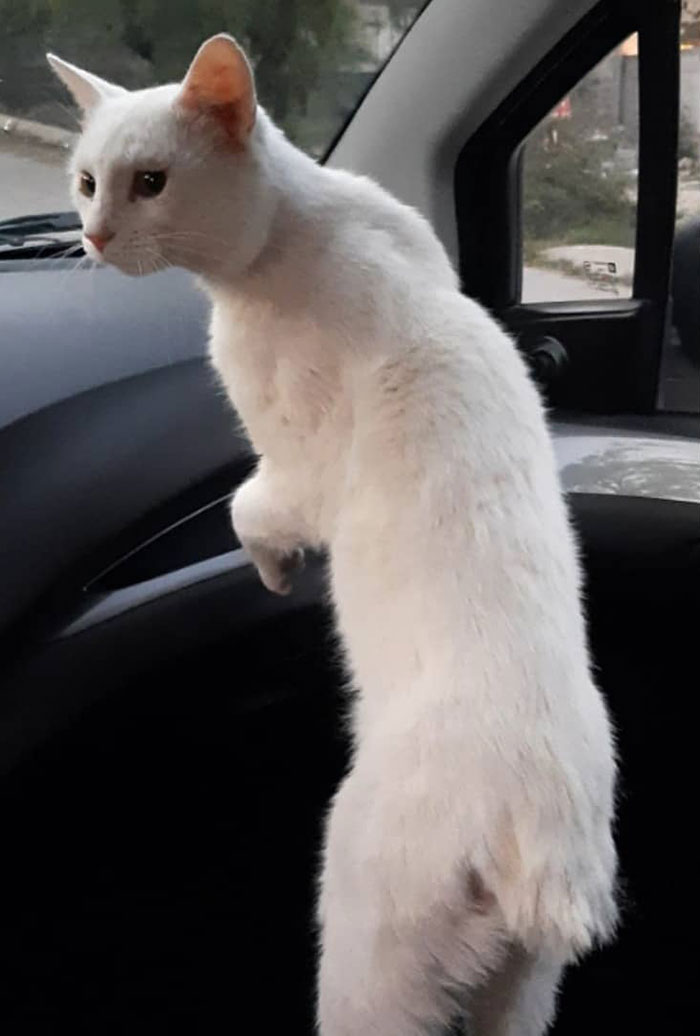 All’s well that ends well (well, the cat doesn’t end perfectly, as his tail is truncated): 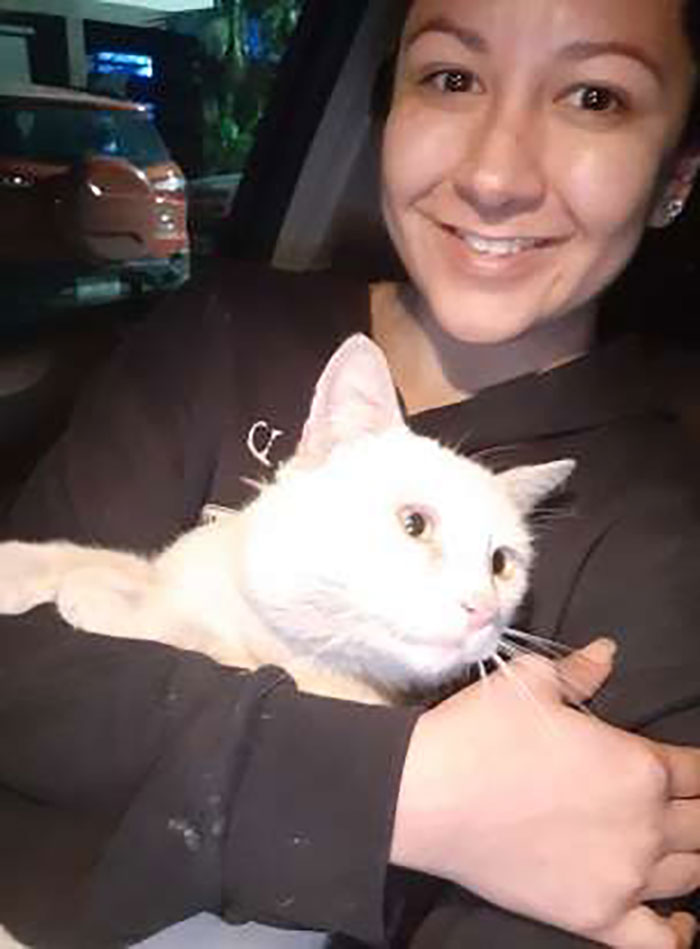 This was published seven years ago, and I may have posted it before. But if I did, it was so long ago that I, at least, have forgotten.

This nine-minute video features two engineers “deconstructing” their cats Oscar, Ginger, Zoe, and Sweet William the First.  The crotch-pressure experiment, as well as the observation of costume-induced rolling behavior, which is hemisphere specific, are especially intriguing.  You can see more scientific analysis of cats from these engineers at this site.

From Sad and Useless, we have a report of quarantined cat staff putting their charges into cardboard tanks! The fact that there’s more than one testifies to a specific form of mental illness that afflicts different people in the same way:

Here are five examples, but there are several others at the site: 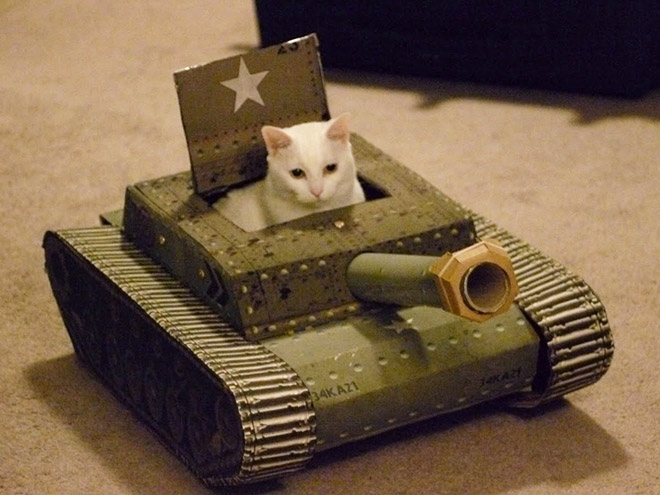 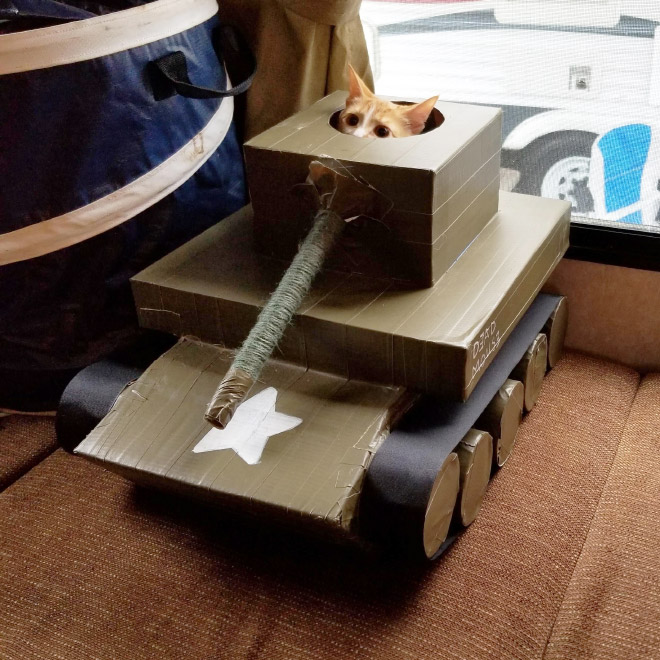 This one even has sound effects! 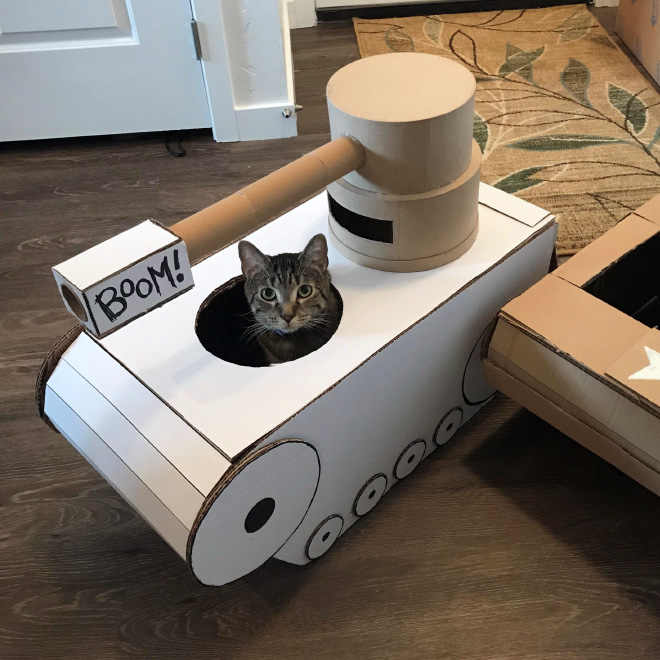 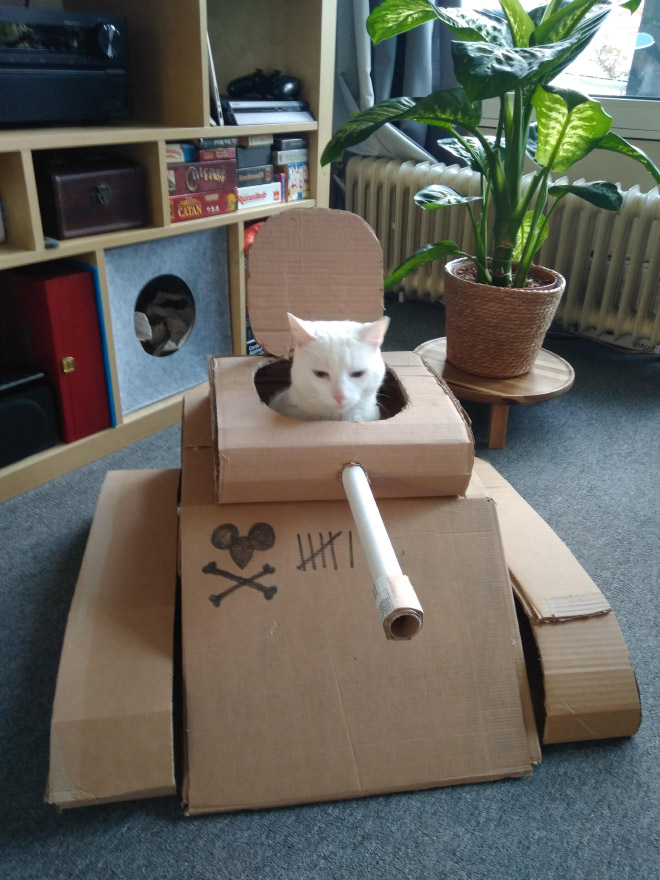 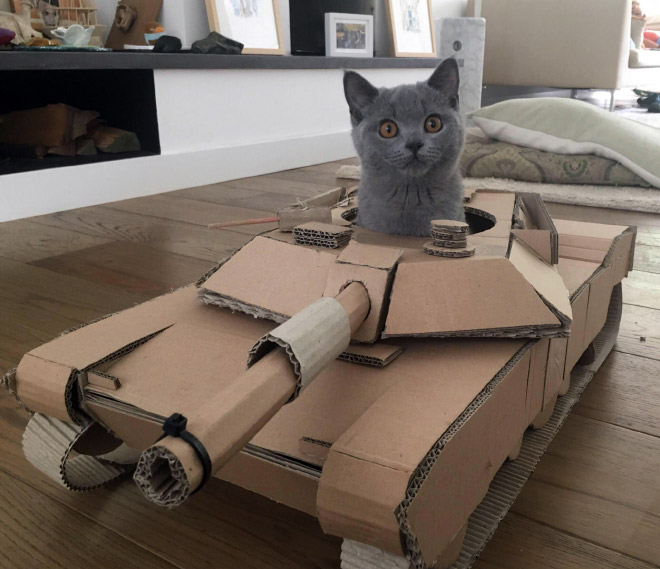 Lagniappe: a cartoon from Matthew Inman at the Oatmeal. But since cats have nine lives, can they really come back as anything other than a cat—at least for the first eight deaths? 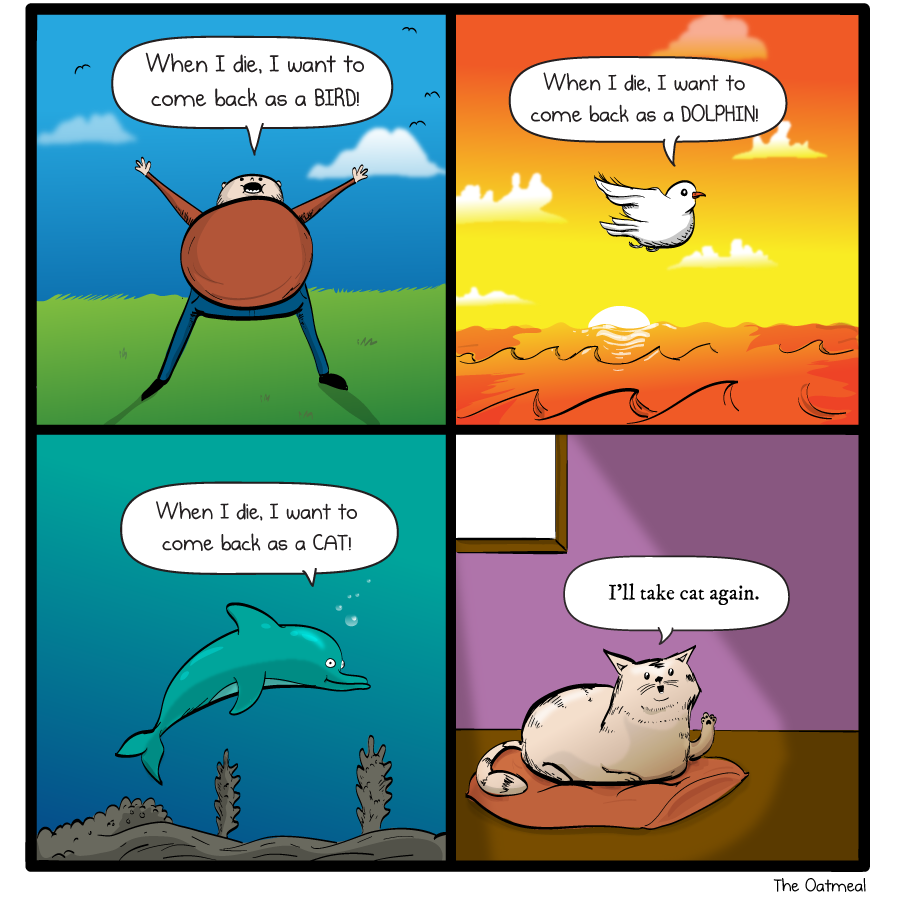