There’s a new article on the uchicago news site by written by Nicole Watkins and giving the story of Botany Pond and Honey. You can read it by clicking on the screenshot. The PondCam and this story were timed to appear together, so the University is counting on the ducks to bring people good cheer. I hope they do!

I love that picture, by the way. I took it the day that Honey’s ducklings jumped from the ledge last year. Eight were in the water right away, but two were reluctant—until she eventually nudged the other two in for their first swim. 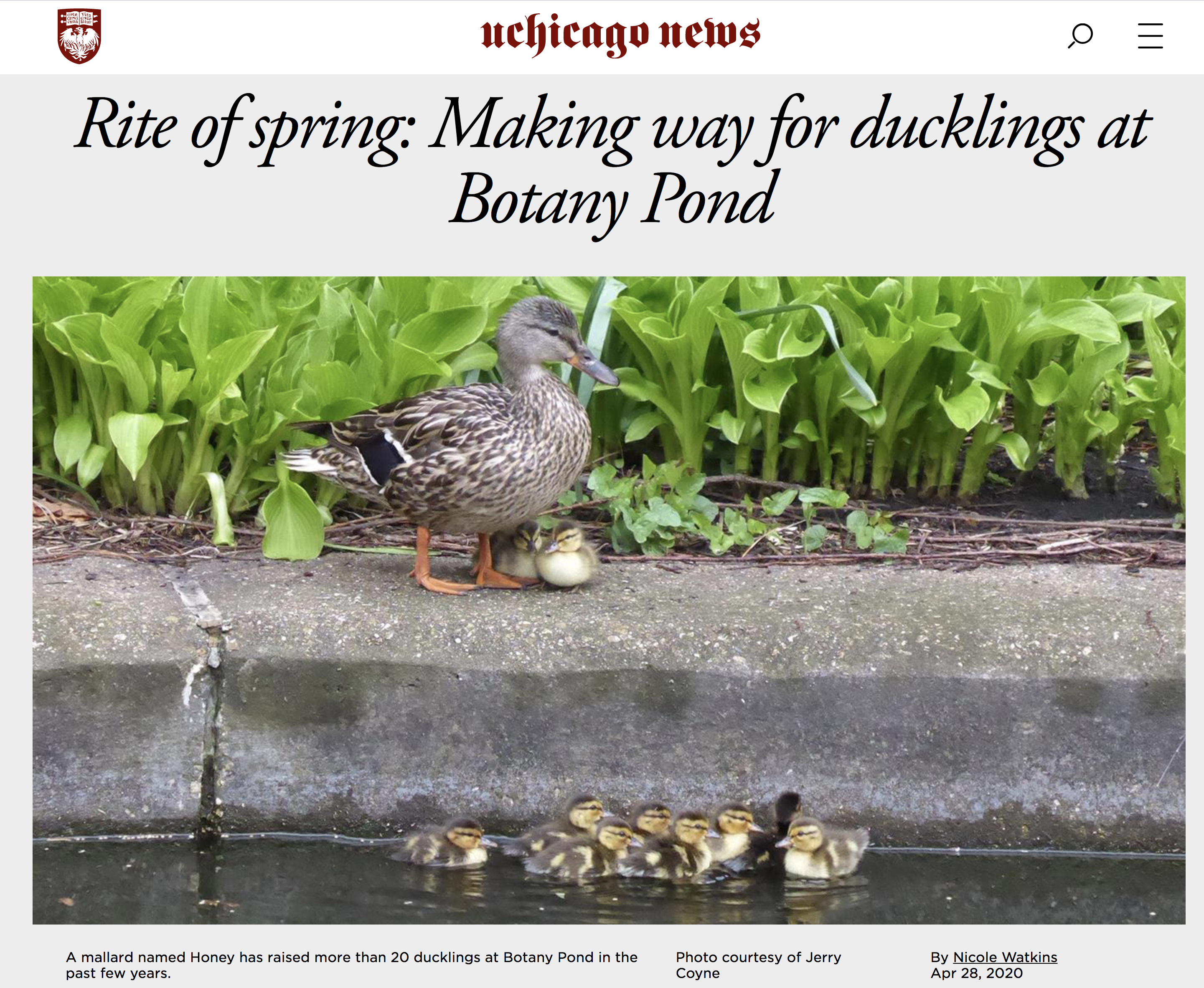 Here’s a video I took right after that: