Do send in your wildlife photos, as the tank continues to empty. Today’s batch, from Robie Mason-Gamer, is unusual because it comprises fossils. Robie’s notes are indented:

This message stretches the definition of “wildlife” somewhat, back to a swampy Carboniferous community that existed over 300 million years ago. I hope the text is not overly long.

The Mazon Creek Formation in northeastern Illinois is a special place: a Carboniferous fossil site with unusual abundance and preservation, known as a lagerstätte. The fossils, estimated to be about 309 million years old, are extraordinarily well-preserved inside ironstone nodules called concretions.

I visited Mazon Creek in 2007, on a field trip associated with a botanical conference in Chicago. I recovered about 10 nodules of varying sizes and shapes, but none that I cracked open had anything interesting inside. It was disappointing, like opening a present and finding it empty. I still have a few unopened nodules; I guess I get more enjoyment from what might be in them than what is probably actually there.

However, I did end up with a few decent fossils. Field trip participants each received some de-accessioned Field Museum specimens, complete with ID labels. My other source was more unexpected. I used to hang out in a little local bar (since closed) with a group of friends. There was a semi-regular customer whom I came to recognize by sight, but did not otherwise know. One day, from across the bar, I saw him pull a Mazon Creek fossil out of his pocket and examine it. This startled me out of my usual reticence: “Hey! That looks like a Mazon Creek fossil!” He was interested in talking about it, and after a conversation, he went out to his car and came back with a box of 10 opened nodules, and gave them to me.

All of my Mazon Creek fossils are plants, but a diverse ancient fauna is represented there as well, including the Illinois State Fossil, the enigmatic Tully Monster (Tullimonstrum gregarium). The site represents an entire ecosystem, preserved in incredible detail. Here is a recent review of the site. 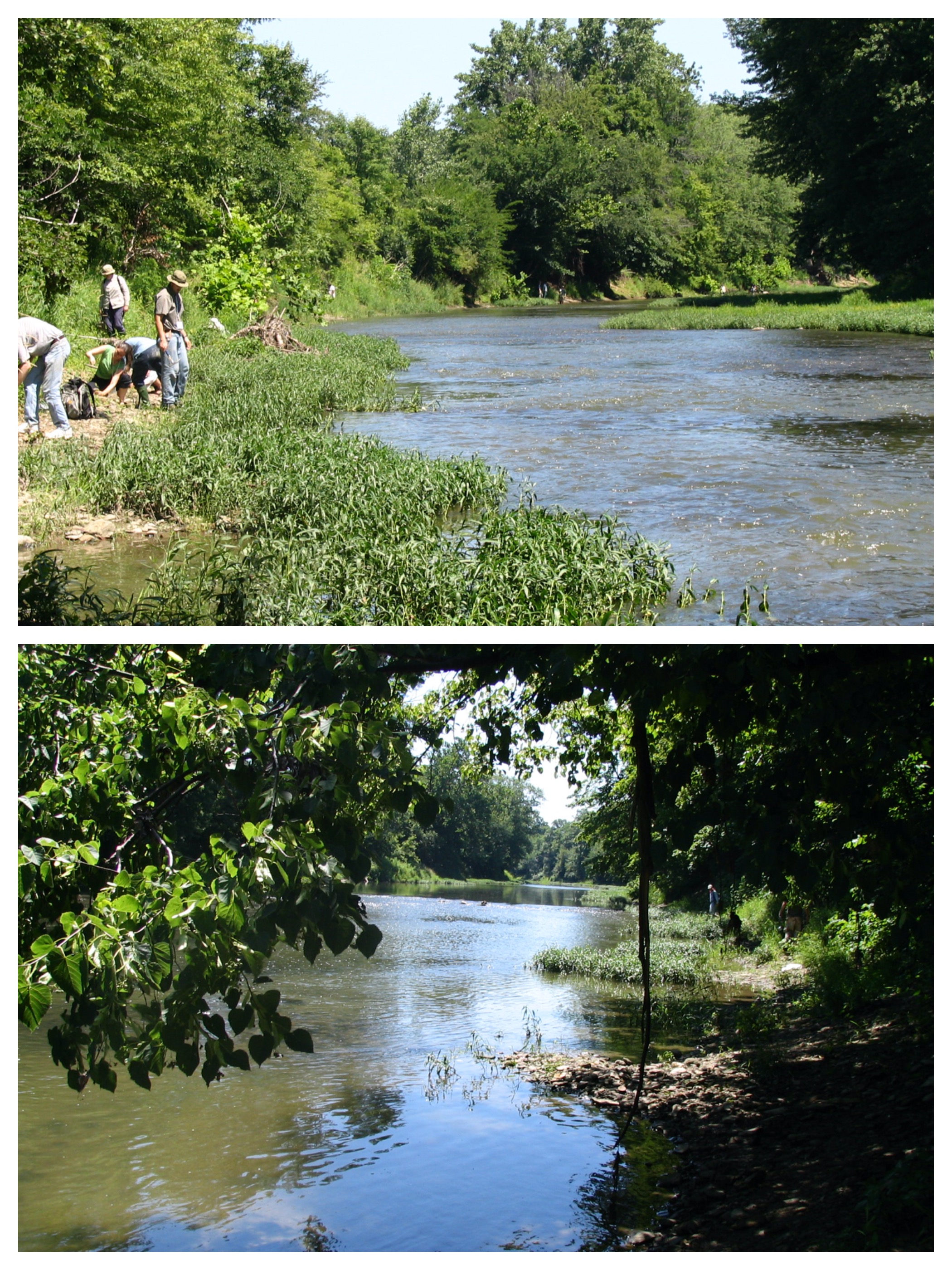 There are many seed ferns (Pteridospermatophyta) at Mazon Creek. Seed ferns comprise multiple extinct lineages of plants with fern-like leaves, but they reproduce through seeds (rather than spores, like true ferns). Many of them were large trees. This one is labeled as Alethopteris serli; here are the positive and negative halves of the nodule, and a closer look at the leaf surface. (Length 3 in/8 cm): 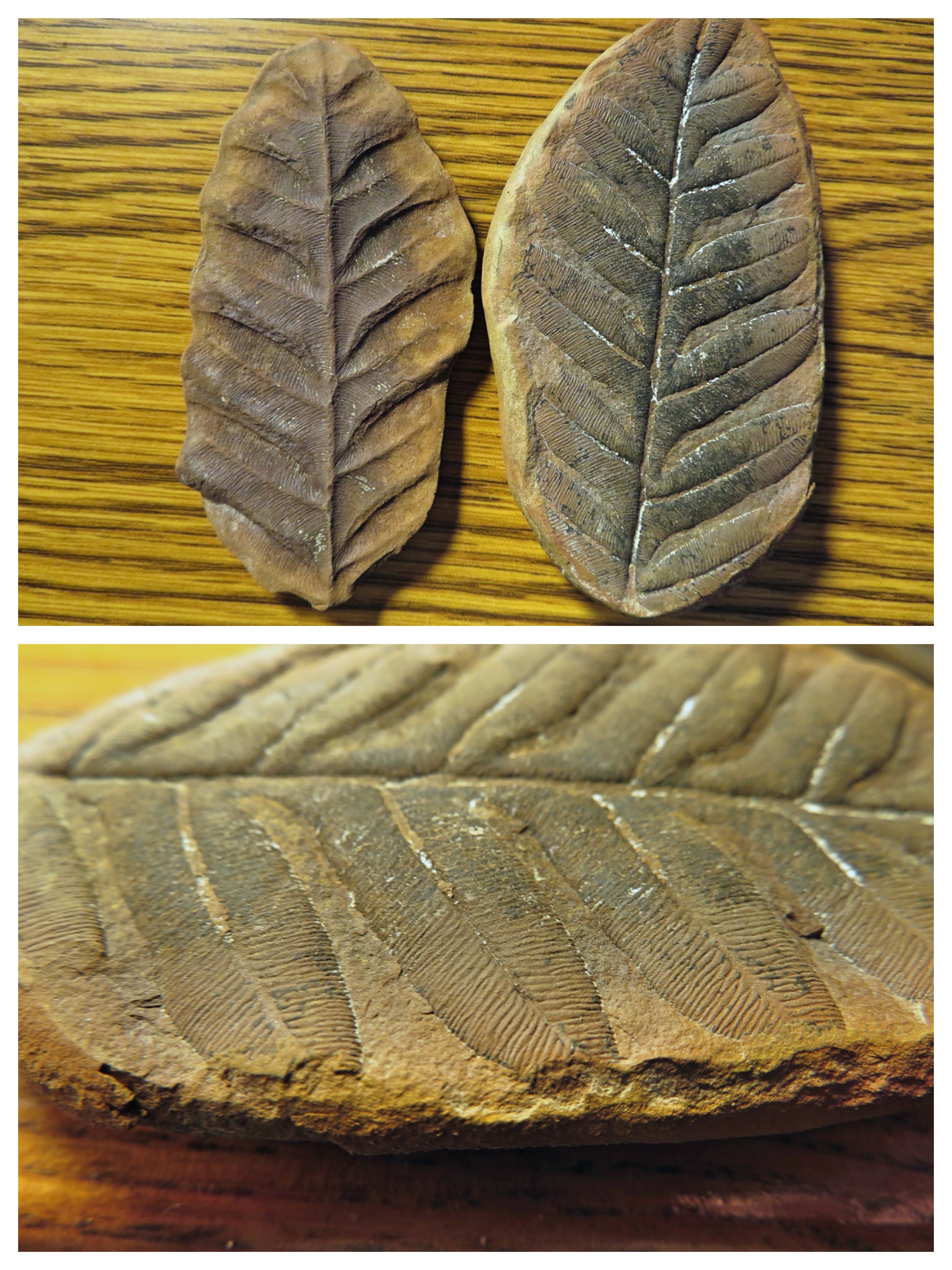 This fossil, labeled Macroneuropteris scheuchzeri, is a single leaflet from the large frond of an arborescent seed fern. (Length 4.25 in/10.75 cm) 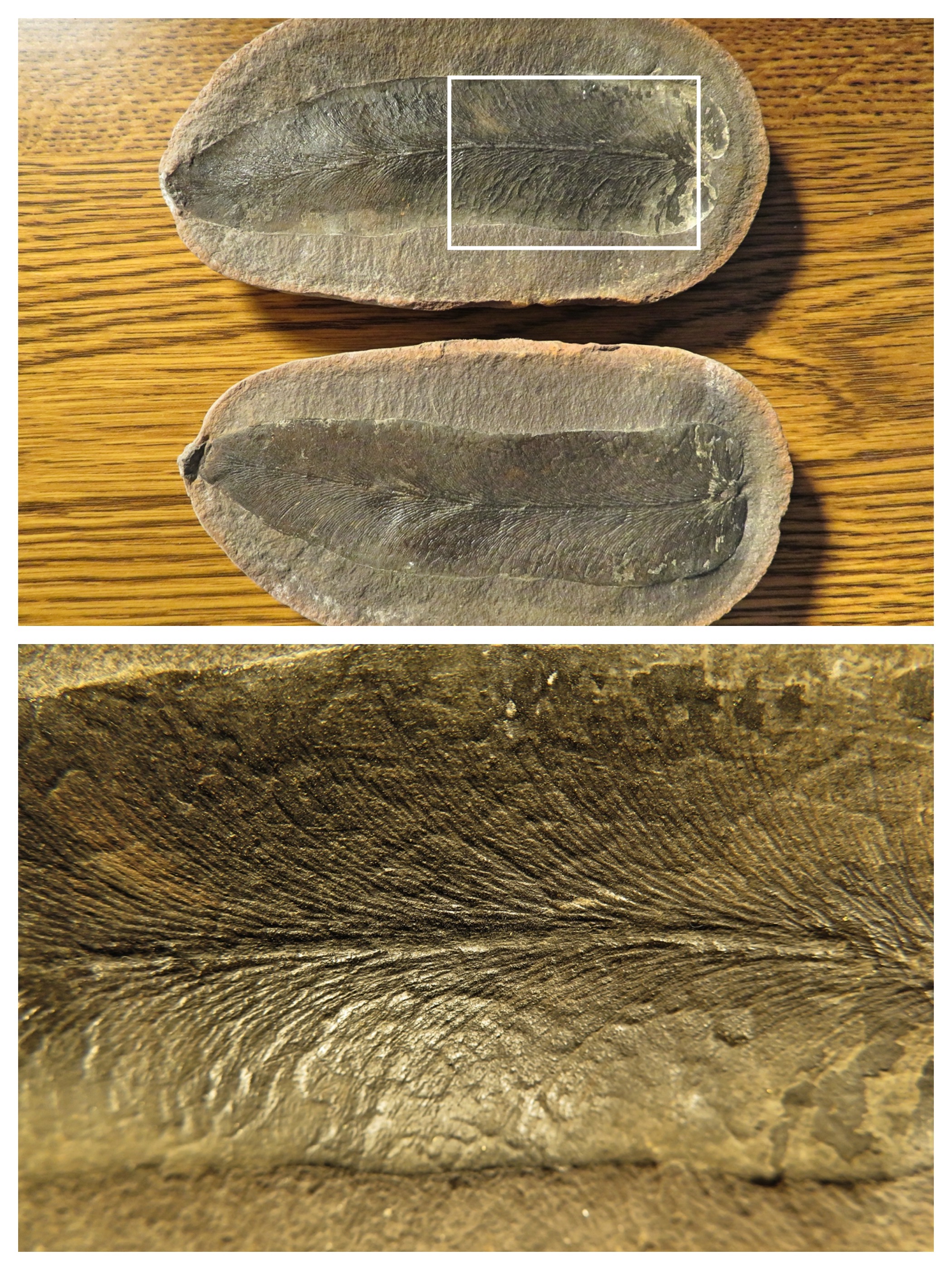 Fossil horsetails are also common at Mazon Creek. All extant horsetails are herbaceous, but some extinct lineages included large trees. The top specimen is labeled Annularia stellata; the bottom one (unlabeled) is either that or some other Annularia. (One confusing thing about plant fossils is that—because different plant parts are often separated during fossilization—paleobotanists apply different taxonomic names to fossils of different plant parts, none of which need be the name of the actual organism. Annularia is an example of a “form genus”—it’s the name of this particular form of fossil leaf whorl, which likely came from a tree-horsetail in the genus Calamites.) (Width 1.5 in/3.25 cm) 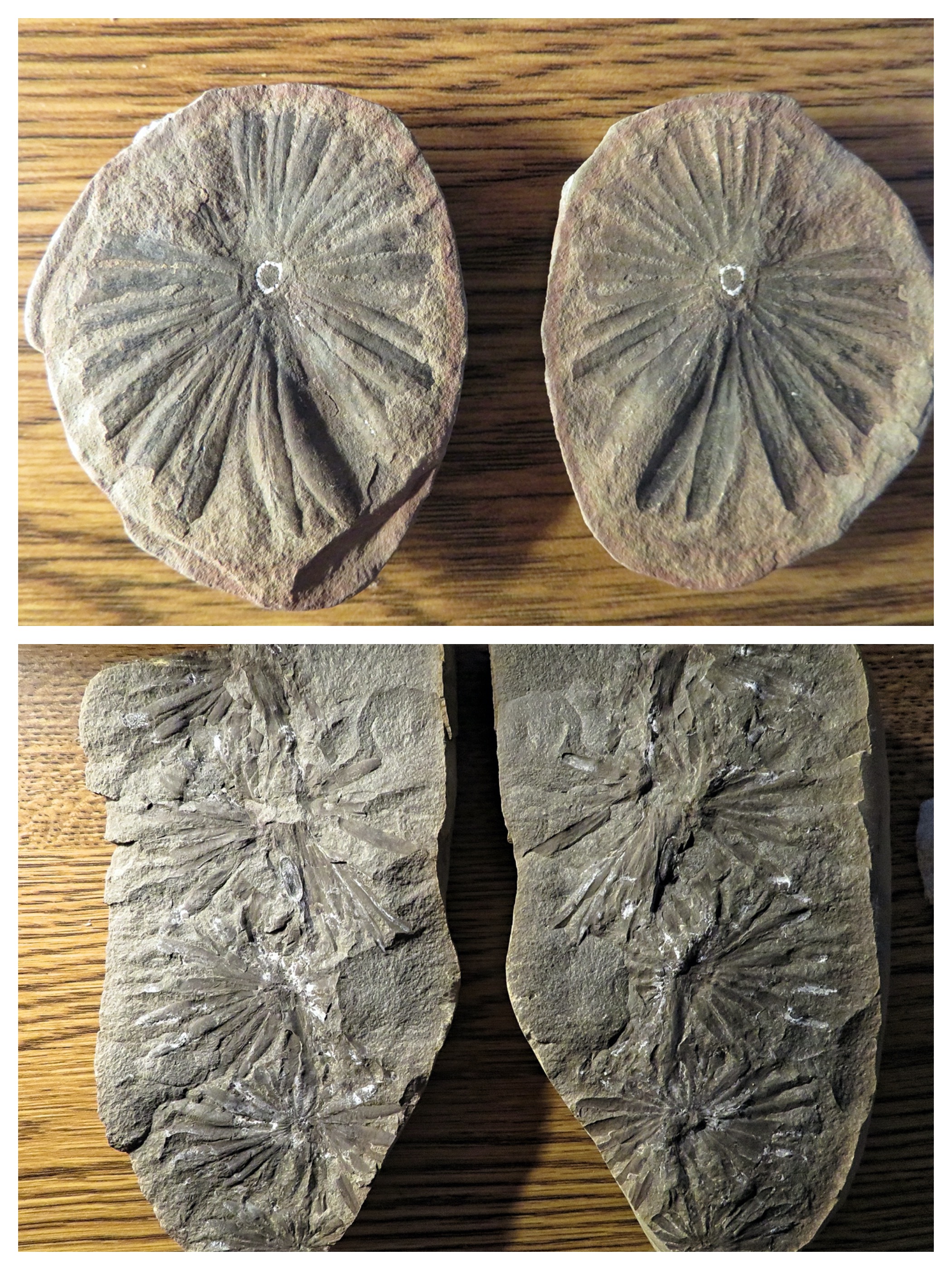 Last, here is a true fern. The top left specimen (with closeup on the right) is labeled as Pecopteris unita. Again, this is the “form” name of the leaf fossil; the organism itself was likely a large tree fern of the extinct genus Psaronius. The lower left specimen (unlabeled) might or might not be the same thing; there are lots of Mazon Creek fern and seed-fern leaves that look alike to me. (Length 4.5 in/11 cm): 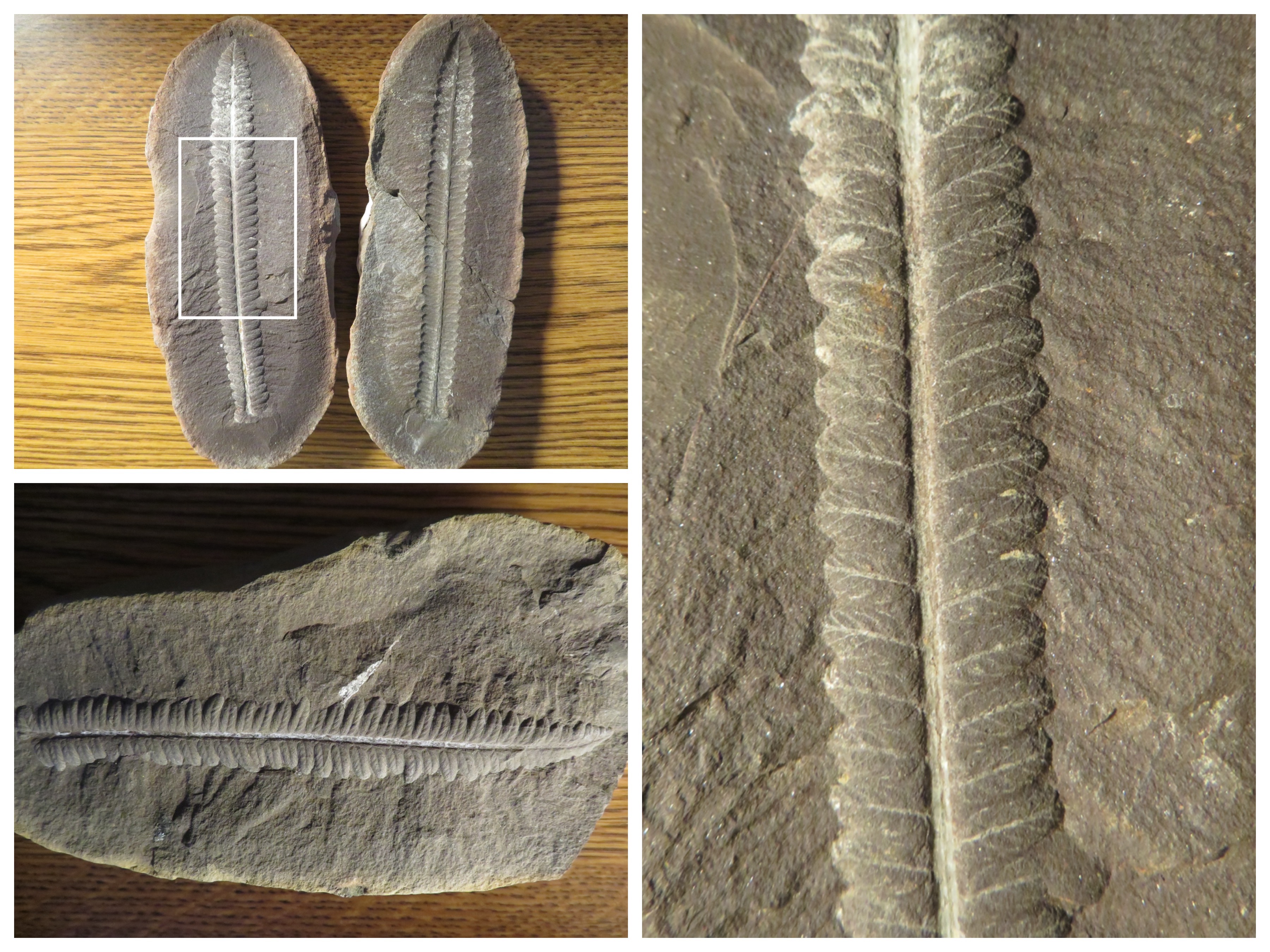