Good (?) morning: it’s a Hump Day, Wednesday April 22, 2020, and National Jelly Bean Day. I do like Jelly Bellies and their equivalent, but have not had so much as a single bean in well over a year. It’s also Administrative Professionals Day® (yes, with the trademark), which started as Secretaries’ Day, and April Showers Day.

And of course Earth Day, and an odd one: this year, other species are reclaiming space from the locked-down species that is overrunning the planet. It happens to be the 50th anniversary of the first Earth Day, and I still remember that one. It was a big deal (see below):

And it’s “In God We Trust” Day, marking the day in 1864 when Congress passed an act allowing that repugnant phrase to appear on American coins. Violating the First Amendment, that resolution truly marked a Day of Infamy.

Today’s Google Doodle celebrates Earth Day, and if you click on it you go to an animation about the environment (click on screenshot below to begin):

News of the Day: Bad; what else do you expect? The death toll from the coronavirus has hit 45,373 in the U.S. and 177,602 worldwide.  If you want supposedly therapeutic advice, the New York Times proffers a five-minute video by “renowned therapist” Esther Perel about how to “get through our grieving”, including both the deaths of those we know and the dissolution of our plans. I found the advice superficial:

The irony of the moment, Ms. Perel points out, is that in a time of unimaginable death we can be reminded how to live. Social distance doesn’t preclude our coming together. And Ms. Perel counsels us to create moments of connection — whether by volunteering, picking up the phone or sharing a story that made you laugh. It is important, she says, to keep living — particularly in moments of grief.

Well, at least there are old times, good times, to remember (and days when I had haircuts!). 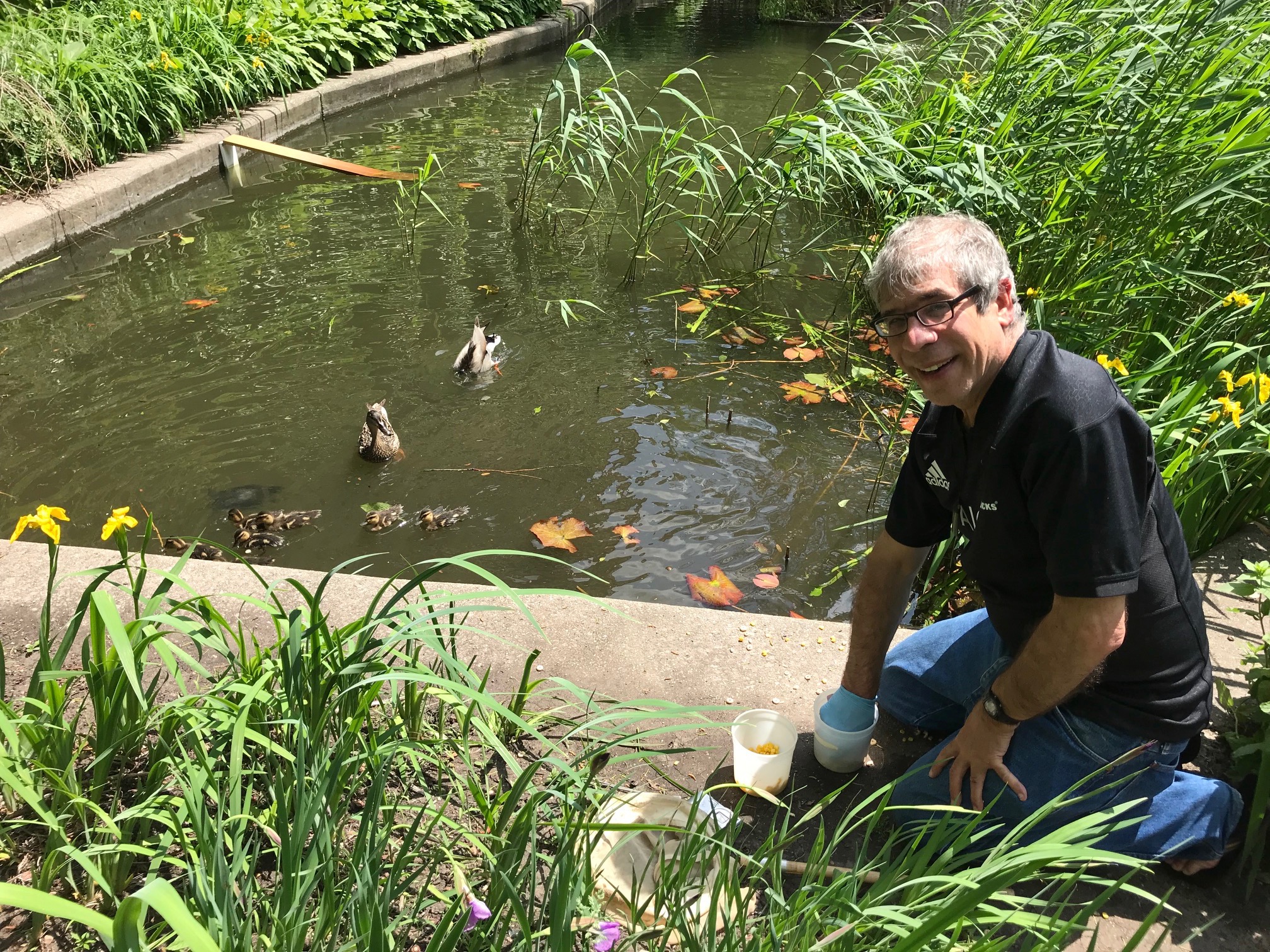 Stuff that happened on April 22 includes this:

Here’s the beginning of that land rush (caption from Wikipedia, I don’t have any idea who the named people were). Much of the land, of course, had previously been occupied by Native Americans:

After the passage of the Indian Appropriation Bill, President Benjamin Harrison made the declaration that on April 22, 1889, at 12 o’clock noon that the Unassigned Land in Indian Territory would be open for settlement.  At the time of the opening, which was indicated by gunshot, and the line of people on horse and in wagons dispersed into a kaleidoscope of motion and dust and oxen and wagons. The chase for land was frenzied and much chaos and disorder ensued. The rush did not last long, and by the end of the day nearly two million acres of land had been claimed. By the end of the year, 62,000 settlers lived in the Unassigned Lands located between the Five Tribes on the east and the Plains Tribes on the west.

Five future Nobel laureates on the German side were responsible for the design and release of the poison gas. I’m surprised that the science-dissers haven’t picked up on this when analogizing science with religion: “See, you’re just as bad as believers are. Poison gas!”

Here’s the NYT headline fifty years ago. I was a junior in college. Earth Day isn’t such a big deal anymore. 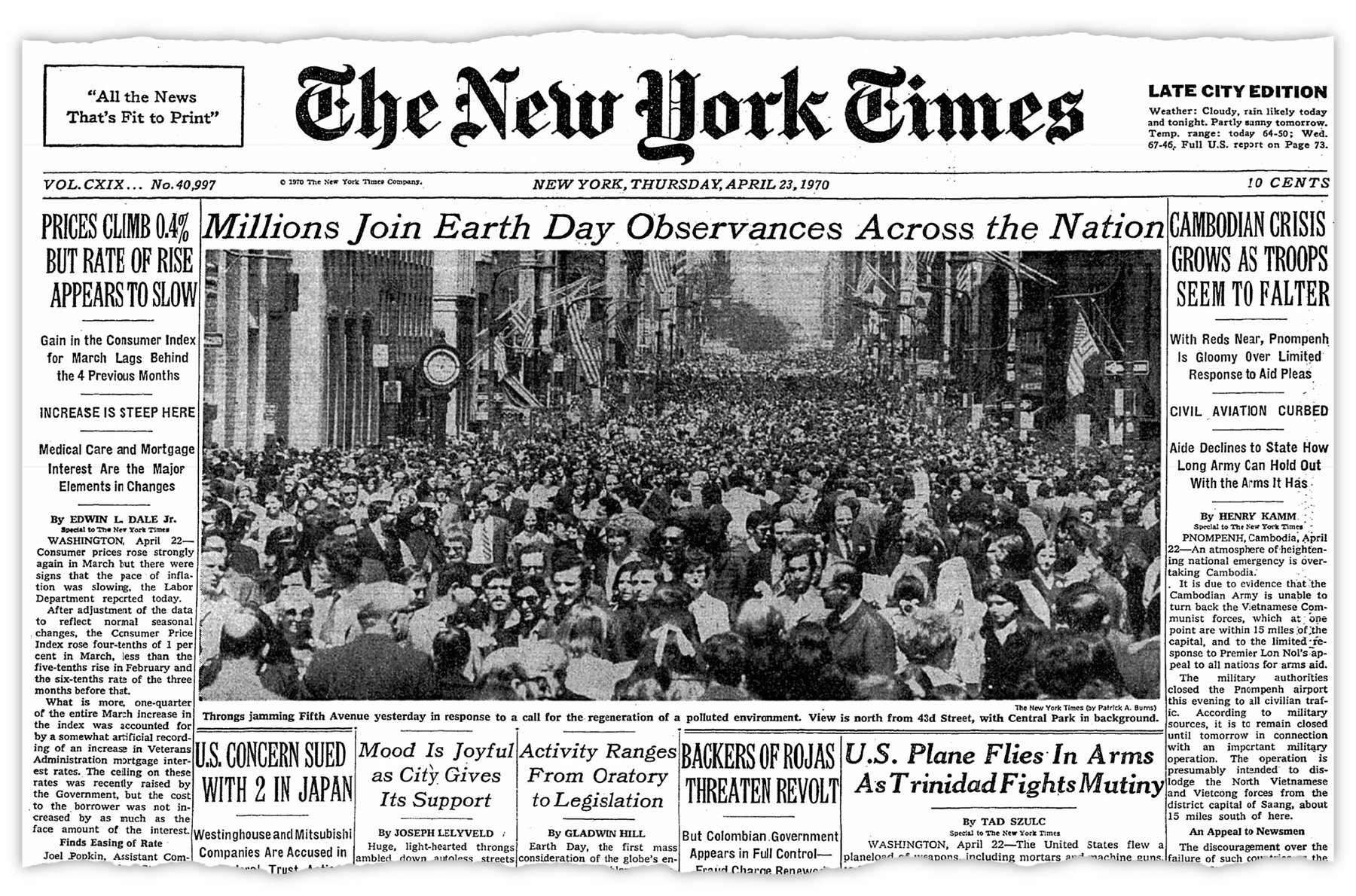 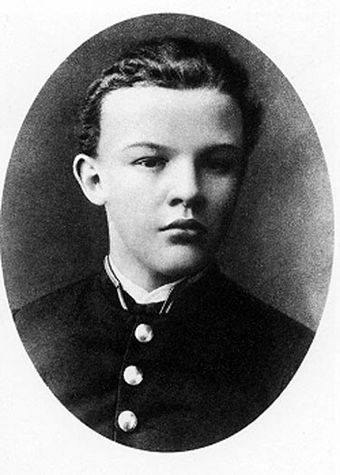 I’ve posted this before but will include it again in honor of Campbell’s birthday. It shows that he was a great guitarist (solo begins at 1:25) as well as a great singer. This John Hartford song is perhaps Campbell’s most recognizable hit. Can you recognize the other country greats?

Those who snuffed it on April 22 include:

Here’s Adams’s photo of the Owens Valley in California, a place I know well and love (it was on the way to Death Valley, where I did field work). The drive on Route 395 from Reno to Lone Pine is perhaps my favorite stretch of road in America. This photo appears to have been taken near Lone Pine. 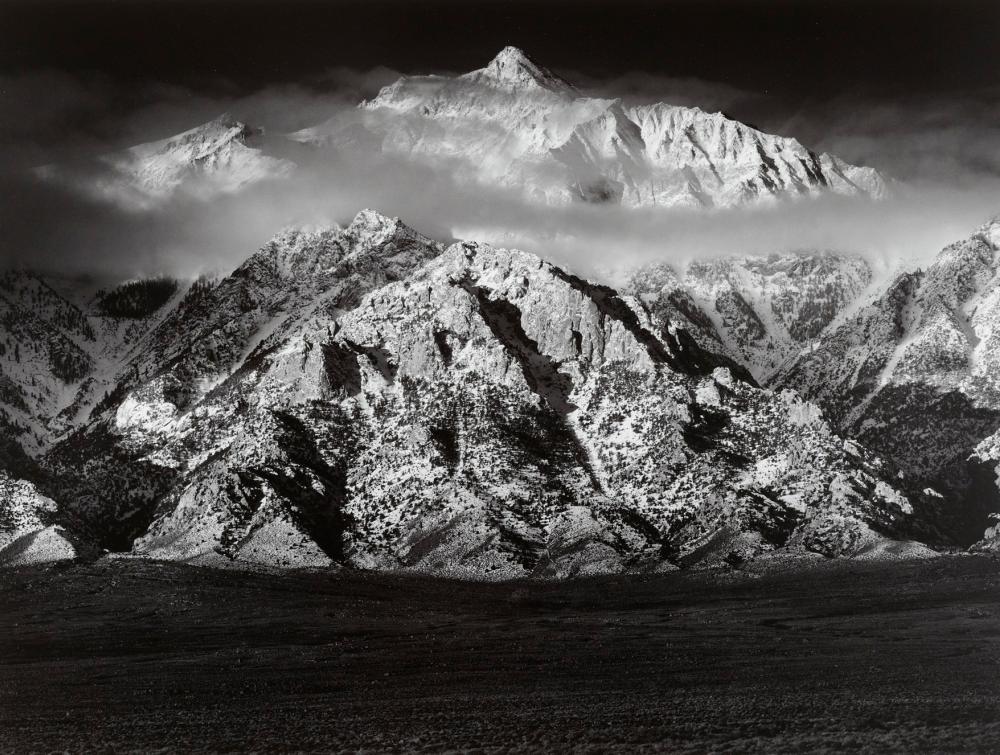 Meanwhile in Dobrzyn, Hili is catching a few z’s:

Hili: What time is it?
A: It’s late.
Hili: This is a very subjective statement. 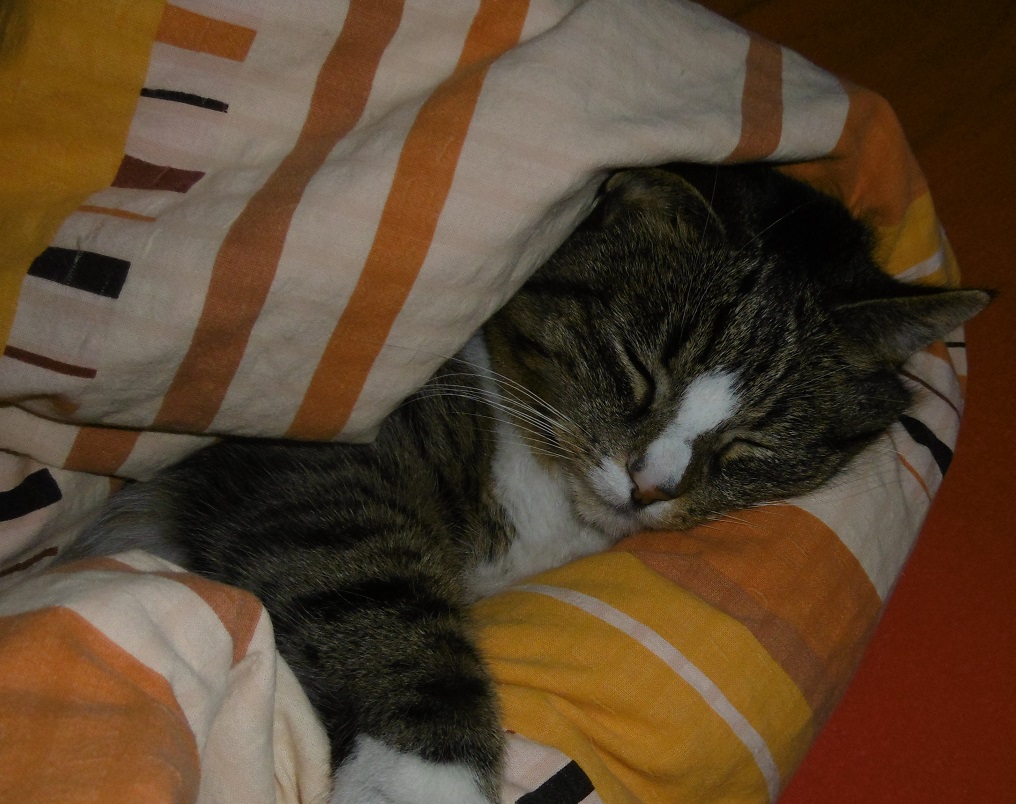 And Szaron has a monologue—but expresses the same old cat stuff:

Szaron: Do you see how hungry I am?

From Smith, the flag of the new protestors: 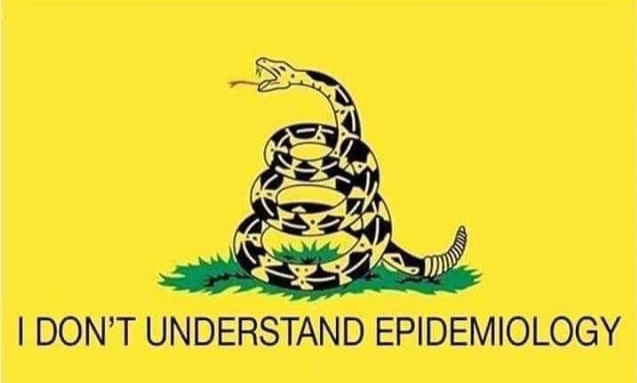 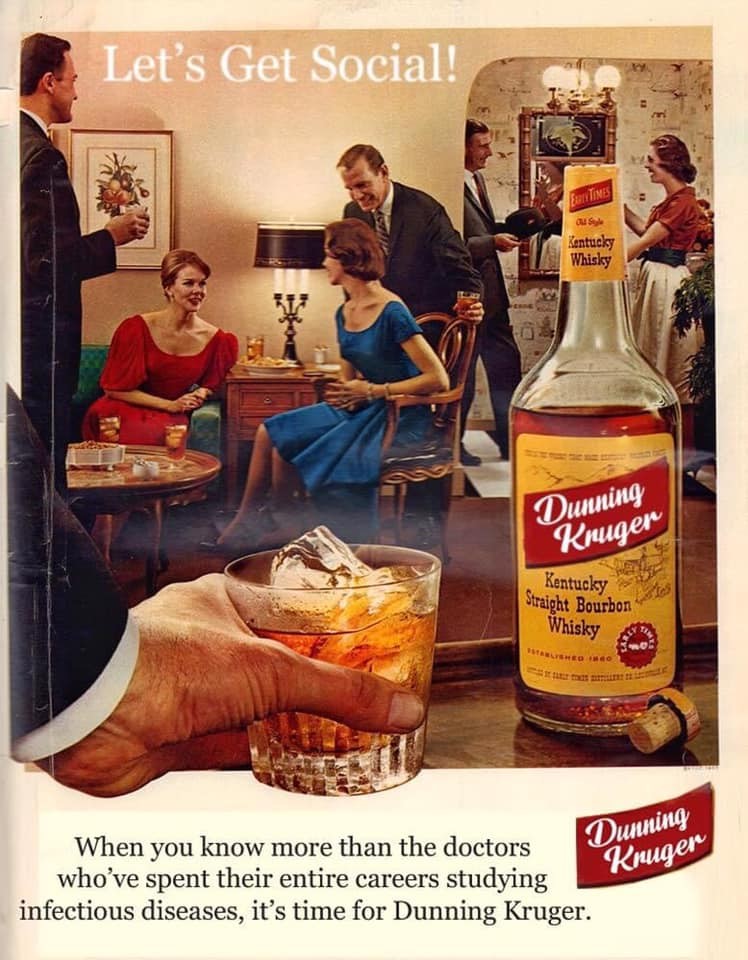 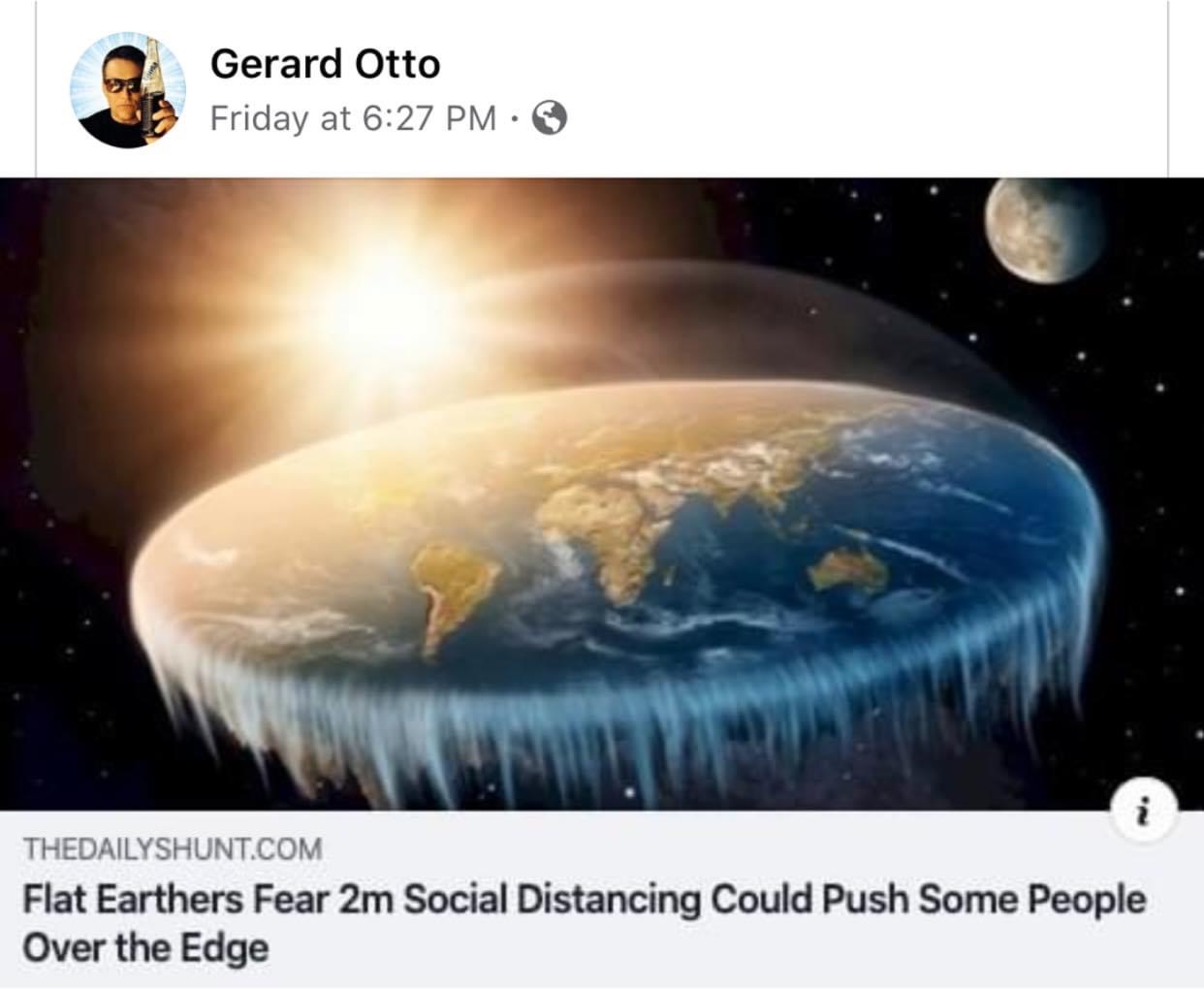 I found the second Tweet below on Ziya Tong’s Twitter site; it’s uncomfortably true for these protestors:

A heartwarmer from j.j. Be sure to read the backstory:

couldn’t stop thinking about these penguins enjoying the Melbourne skyline together so i found the original photographer and apparently they’re BOTH WIDOWED i can’t handle it pic.twitter.com/gGgPVcOn9G

From Simon. I’m glad I won’t wind up like this because I have no “buzzer”—only scissors (which I haven’t yet used, and am afraid to):

not a joke, my clippers just died pic.twitter.com/9ALnt1HCyQ

Tweets from Matthew. A brazen goose, probably protecting its nest. Look at the end how the goose follows the woman into the car:

There is such a thing as a scientist being too curious:

In his work to prove that #platypuses produce milk, the @NHM_London's founder Richard Owen tasted the fluid he squeezed out of a gland on a #platypus that had been dead for at least many months, if not years. 🍼😱😵#MonotremeMonday pic.twitter.com/BkJrLfAHdb

And a lovely video that teaches you all six species of quolls—in song!

Did you know that there are SIX species of quoll!?

Status: Quoll will take you through them all…