Helen Pluckrose and James Lindsay are two of the three “grievance studies” hoaxers (Peter Boghossian was the other); all have devoted considerable time and valuable effort to debunking the postmodernistic debasement of woke academia. Now Pluckrose and Lindsay have collaborated on an upcoming book, called to my attention by Paul Topping. It goes on sale June 16, and is only $20 for a 348-page hardback. The Amazon summary is below, along with a cover image (click screenshot to go to Amazon page) and three endorsements.

Have you heard that language is violence and that science is sexist? Have you read that you shouldn’t practice yoga or cook Chinese food? Are you confused by these ideas and wonder how they have managed to challenge so quickly the very logic of Western society? In this probing and intrepid volume, Helen Pluckrose and James A. Lindsay document the evolution of this dogma, from its coarse origins in French postmodernism to its refinement within activist academic fields. As Pluckrose and Lindsay warn, the unchecked proliferation of these anti-Enlightenment beliefs presents a threat not only to liberal democracy but also to modernity itself. Only through a proper understanding of the evolution of these ideas can those who value science, reason, and consistently liberal ethics successfully challenge this dangerous and authoritarian orthodoxy. 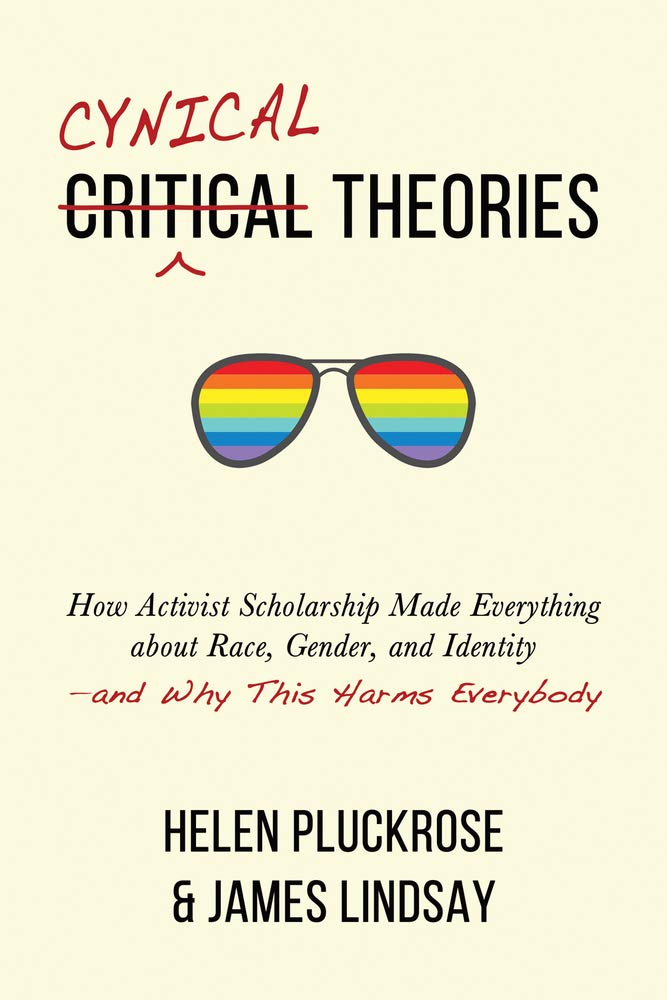 I will of course be reading it. Pluckrose and Lindsay are no slouches, though they’re demonized, as expected, by exponents of the Woke Campus.  And the book already has the endorsement of three names you’ll know, two of them academics:

“Many people are nonplussed by the surge of wokery, social justice warfare, intersectionality, and identity politics that has spilled out of academia and inundated other spheres of life. Where did it come from? What ideas are behind it? This book exposes the surprisingly shallow intellectual roots of the movements that appear to be engulfing our culture.” —Steven Pinker, Johnstone Professor of Psychology, Harvard University, and author of Enlightenment Now

“Cynical Theories is a brilliant book, offering an incisive and much needed critique of the cult of social justice. The authors painstakingly trace its origins in postmodernism and, in doing so, expose the ways in which a once fashionable coterie of theorists infiltrated the mainstream with catastrophic consequences for liberalism, equality, and free speech.” —Andrew Doyle, creator of Titania McGrath

“In this important and timely book, Pluckrose and Lindsay trace the intellectual origins of today’s Social Justice crusaders. With clear prose and a fair-minded spirit, they argue forcefully that struggles for social justice are strongest when they are founded on respect for evidence, reason, and free and open debate. They deplore the harm that closed-minded Social Justice ideologues are doing to the cause of social justice (lower-case), and they offer practical strategies for doing better.” —Alan Sokal, Professor of Mathematics, University College London, and coauthor of Fashionable Nonsense: Postmodern Intellectuals’ Abuse of Science