Even before I became smitten by mallards, my two favorite children’s books were Make Way for Ducklings by Robert McCloskey (1941), and Charlotte’s Web by E. B. White (1952). (Curiously, both are about animals with almost nothing about humans.)

On the Boston Commons in Massachusetts sits a beloved bronze statue illustrating McCloskey’s book. It shows Mrs. Mallard (yes, that’s her name) and her eight ducklings—coincidentally, the size of Honey’s last brood. I photographed the statue in June, 2016, a year before I even met Honey and the Botany Pond ducklings. Isn’t it a lovely piece of sculpture? 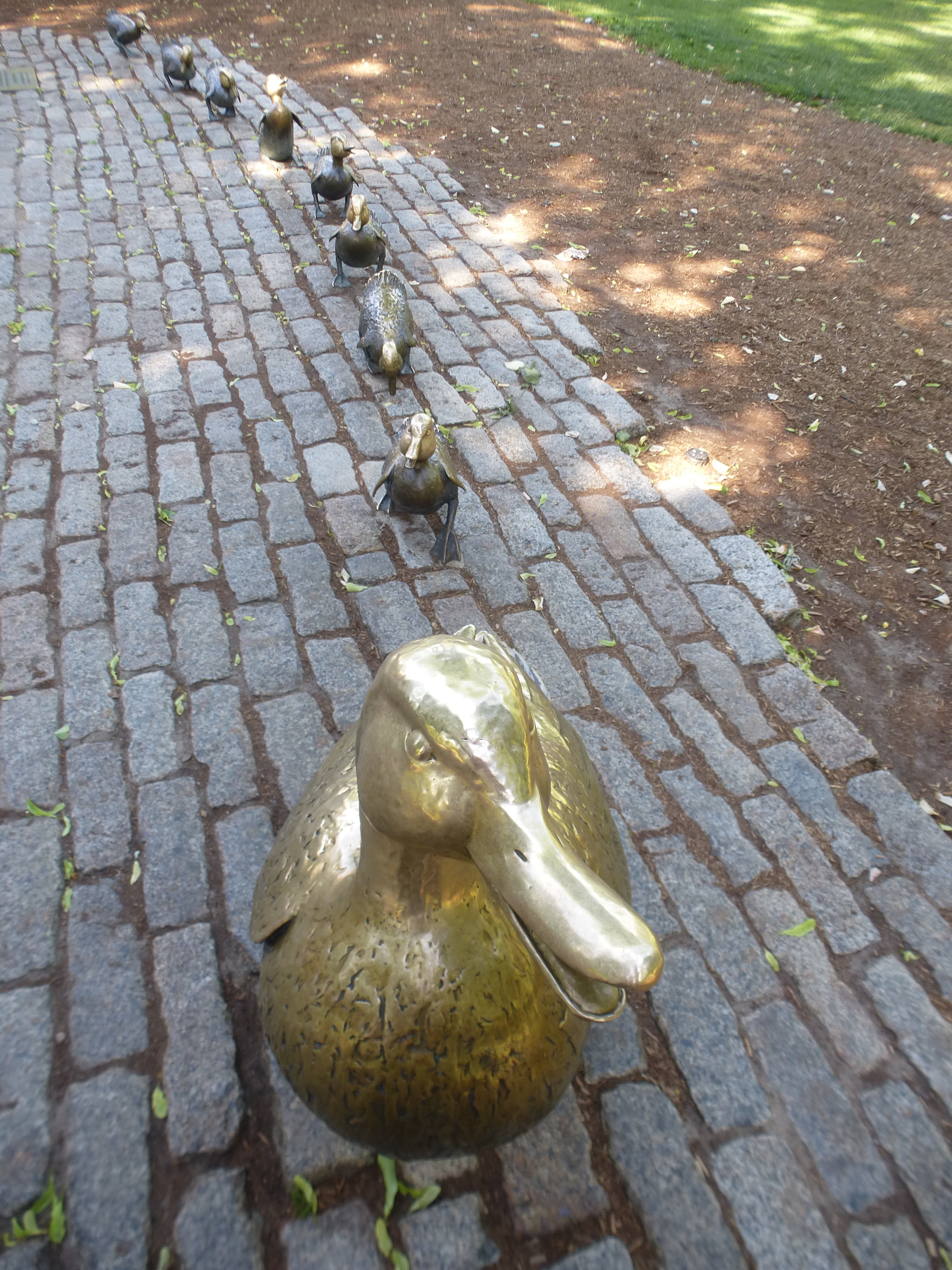 Until I got word from Bruce Lyon today, I didn’t realize that people actually dressed up the ducks. (You can find lots of costumes on Google). And right now, Mrs. Mallard and her brood are not only arrayed in Irish Green, having their own St. Patrick’s Day Parade (the real one was canceled in Boston this year), but are also sporting face masks in recognition of the pandemic.

Like good virus-fighters should, they also change their masks, as in this video:

And the other day I learned that an equally famous statue, that of John Harvard in Harvard Yard, has also been adorned with a surgical mask. (That statue is constantly being dressed up one way or another.)

7 thoughts on “Lockdown in Boston: sheltering for John Harvard and the Commons ducks”