This morning the University is beginning installation of a camera that will survey Botany Pond, so before too long all of you will be able to see the doings there (e.g., moms and ducklings). I hope I’ll be able to control the camera a bit so we can all see the action. The camera will be on the western wall of Erman Hall, shown in the first photo below, and will of course face the pond.

Our attempts to get a NestCam were unsuccessful:  installing one would have disturbed the hens already sitting on the eggs, which simply wasn’t allowable. Still, now you will be able to tune in on the goings-on at the pond 24/7.

Thanks to the University of Chicago Facilities, and Media Relations, for having the idea and carrying it through.

Other preparations are underway for the impending hatch. First, Facilities put up a “duck fence” to allow mother and offspring to have some area of the bank to themselves (ducklings sometimes need to come out of the water): 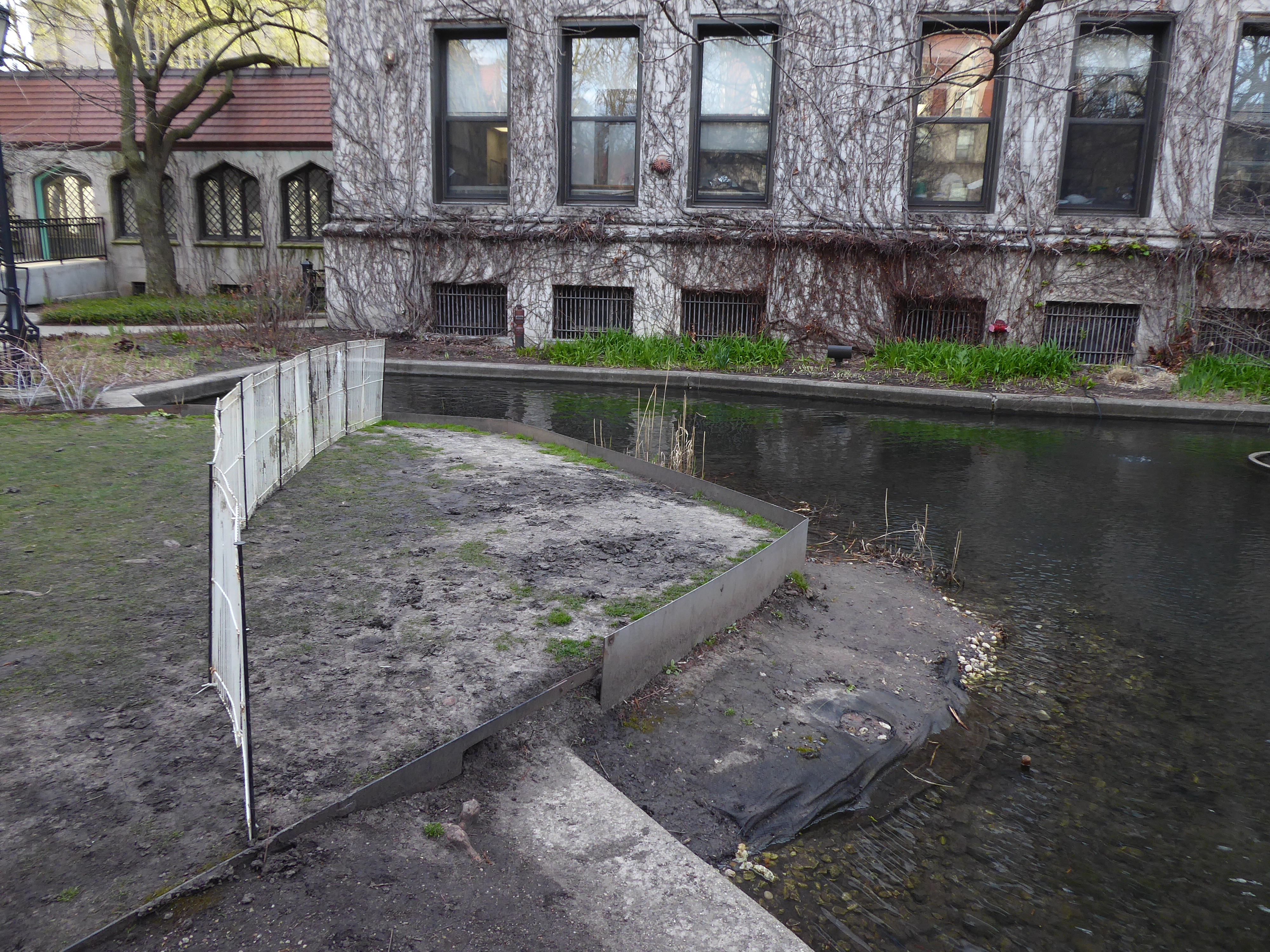 And last year’s “duckling ramp” (allowing egress from the pond the eastern bank) has also been refurbished. Here it is next to the duck food station (note the six pounds of mealworms and big boxes of mallard food). 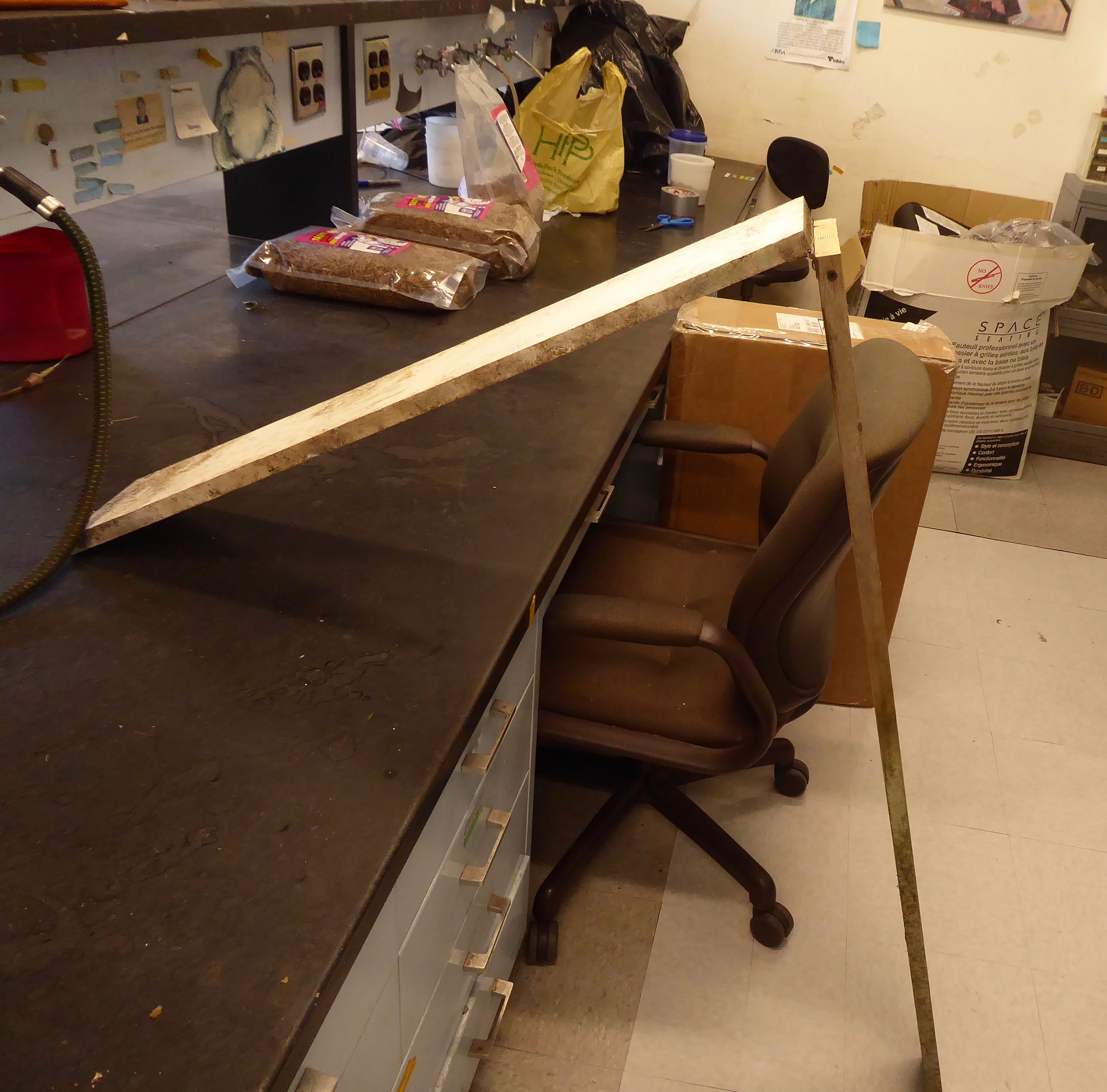 22 thoughts on “We’re getting a PondCam!”