I had lost this batch of photos from reader Duncan McCaskill, sent to me way back in February, but he reminded me yesterday and so here they are with my apologies. Duncan’s captions and IDs are indented. Be sure to check out that Royal Spoonbill in breeding plumage!

Here is another batch of wildlife photos for your website. I live beside a creek in suburban Canberra that is a good place for birds. Here are a few of my local water birds.

A White-faced Heron (Egretta novaehollandiae). One or two of these birds are nearly always around.

A White-faced Heron with a fish: 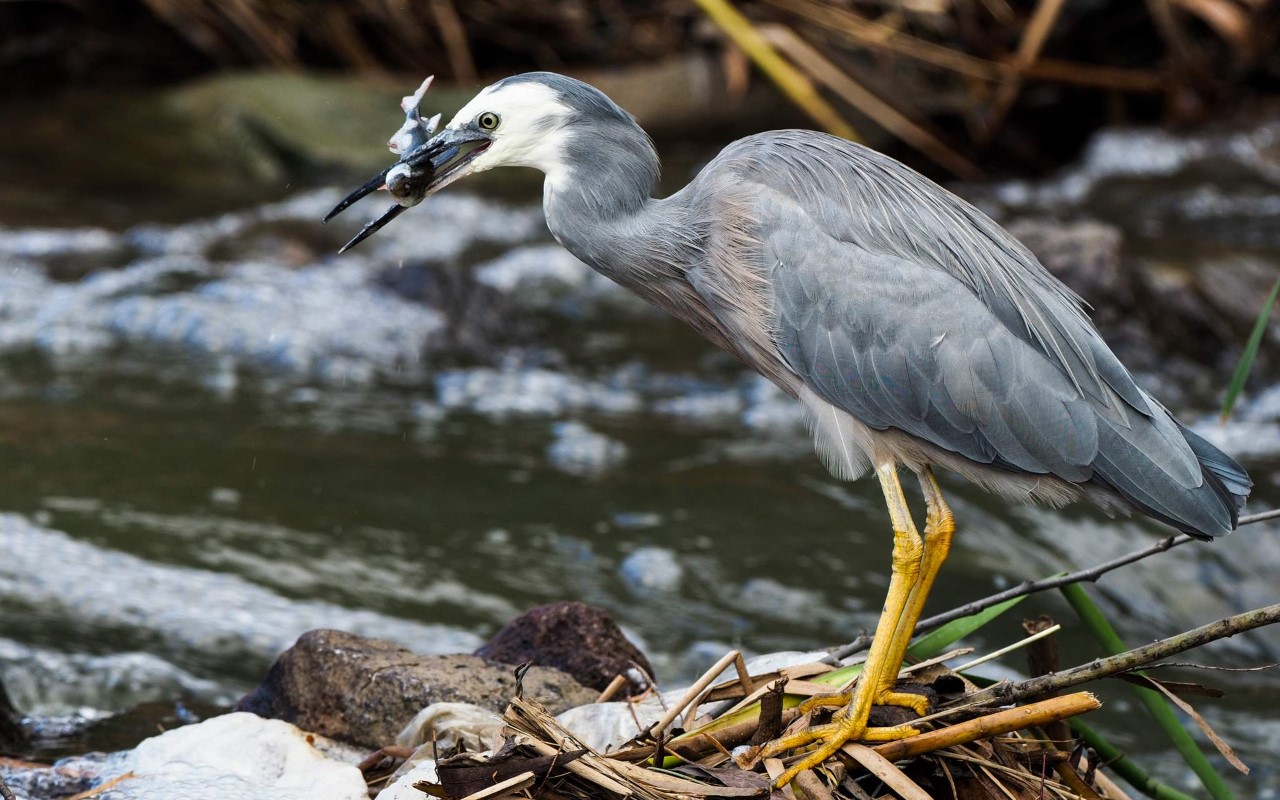 Sometimes there are a lot of small young fish around and the birds gorge themselves. I have watched a White-faced Heron catch 3 fish in as many minutes. At these times other birds also catch fish, such as this Australian Raven (Corvus coronoides). I don’t know how this bird managed to get two fish at once – it was too fast for me to see what it was doing.  Unlike the herons which typically patiently wait motionless for long times, the raven just flew in, grabbed the fish, juggled them around for a bit in its bill, then flew off. It didn’t eat the fish itself, but fed them to one of its fledglings begging nearby. 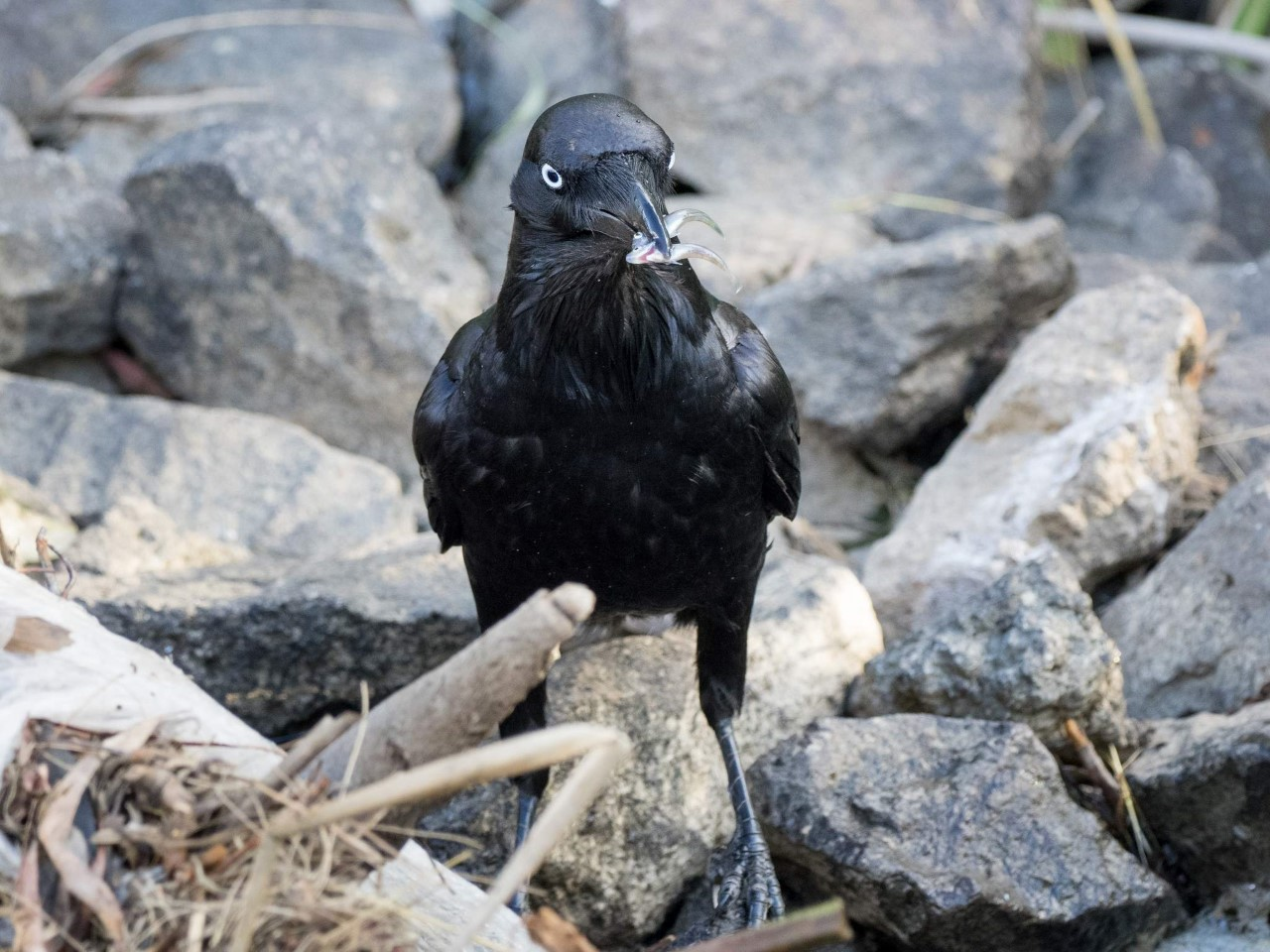 Another common heron is the Eastern Great Egret (Ardea alba): 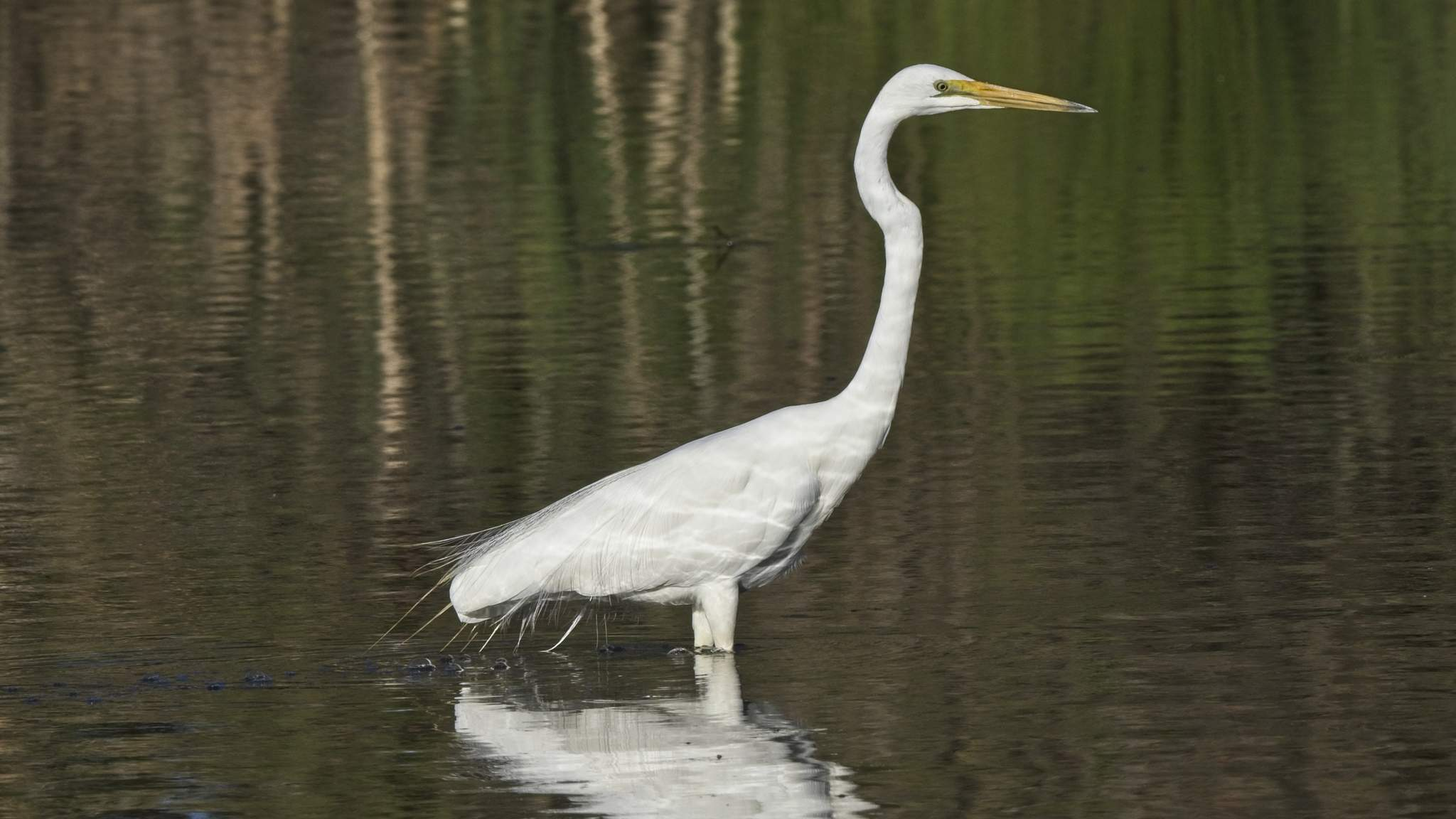 The third common heron is the Nankeen Night Heron (Nycticorax caledonicus). There are usually one to two hiding in the trees during the day. If they get disturbed by people or other birds, they will fly around a bit in the daytime. 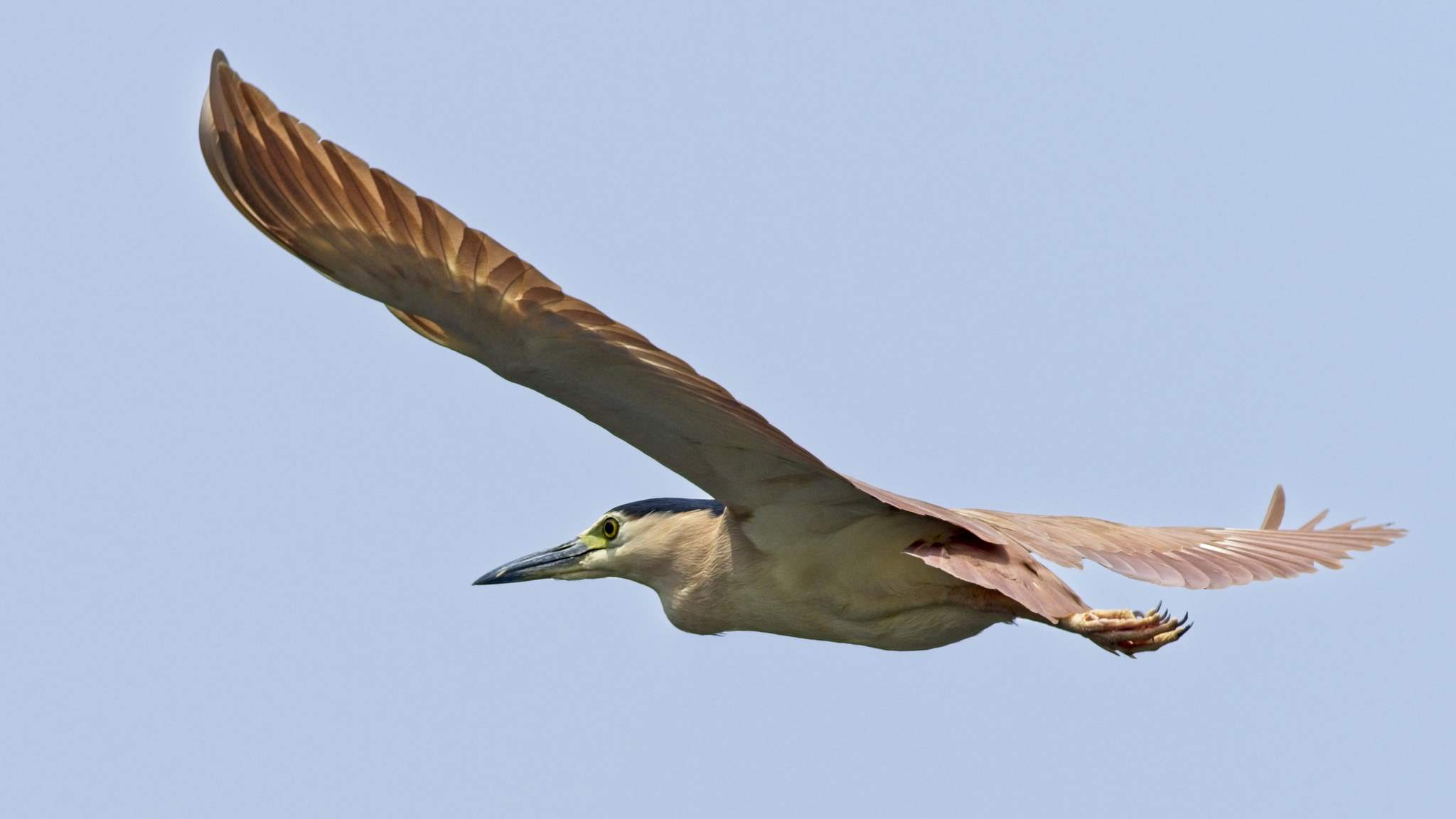 Here is one fishing just after sunset – it was under a busy road bridge: 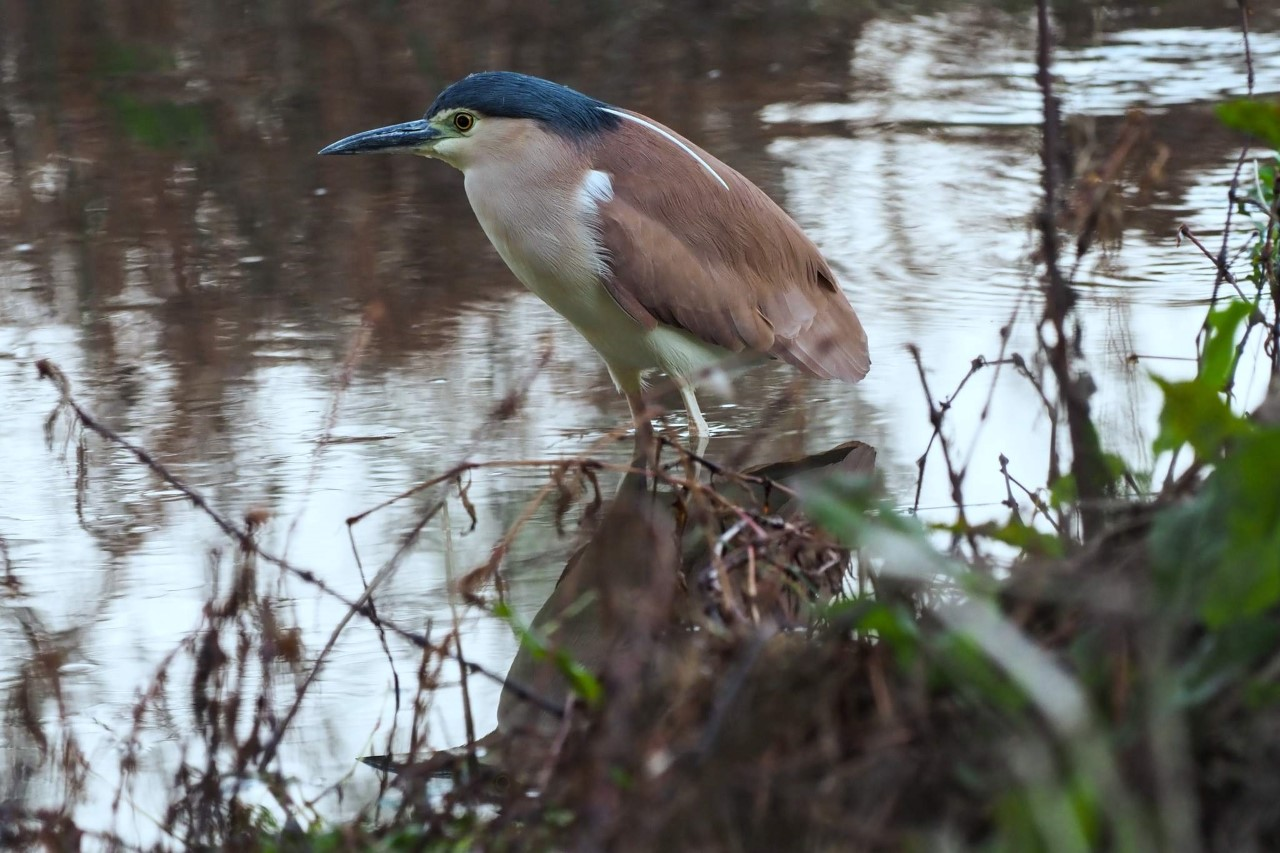 It’s been extremely hot and dry here, and by early summer the creek had stop flowing, its bed dry and cracked. The small pond just upstream from me was shrinking fast. Despite its small size it attracted a lot of birds – the landscape was so dry there weren’t many other wet places left. There were several Australian Pelicans (Pelecanus conspicillatus) which are notable for having the largest bill of any bird. What they managed to find to eat in the small shallow pond I don’t know. In the background is an Australian White Ibis (Threskiornis molucca), coloured brown from the mud, and on the left, partly cut off, is a Straw-necked Ibis (Threskiornis spinicollis). 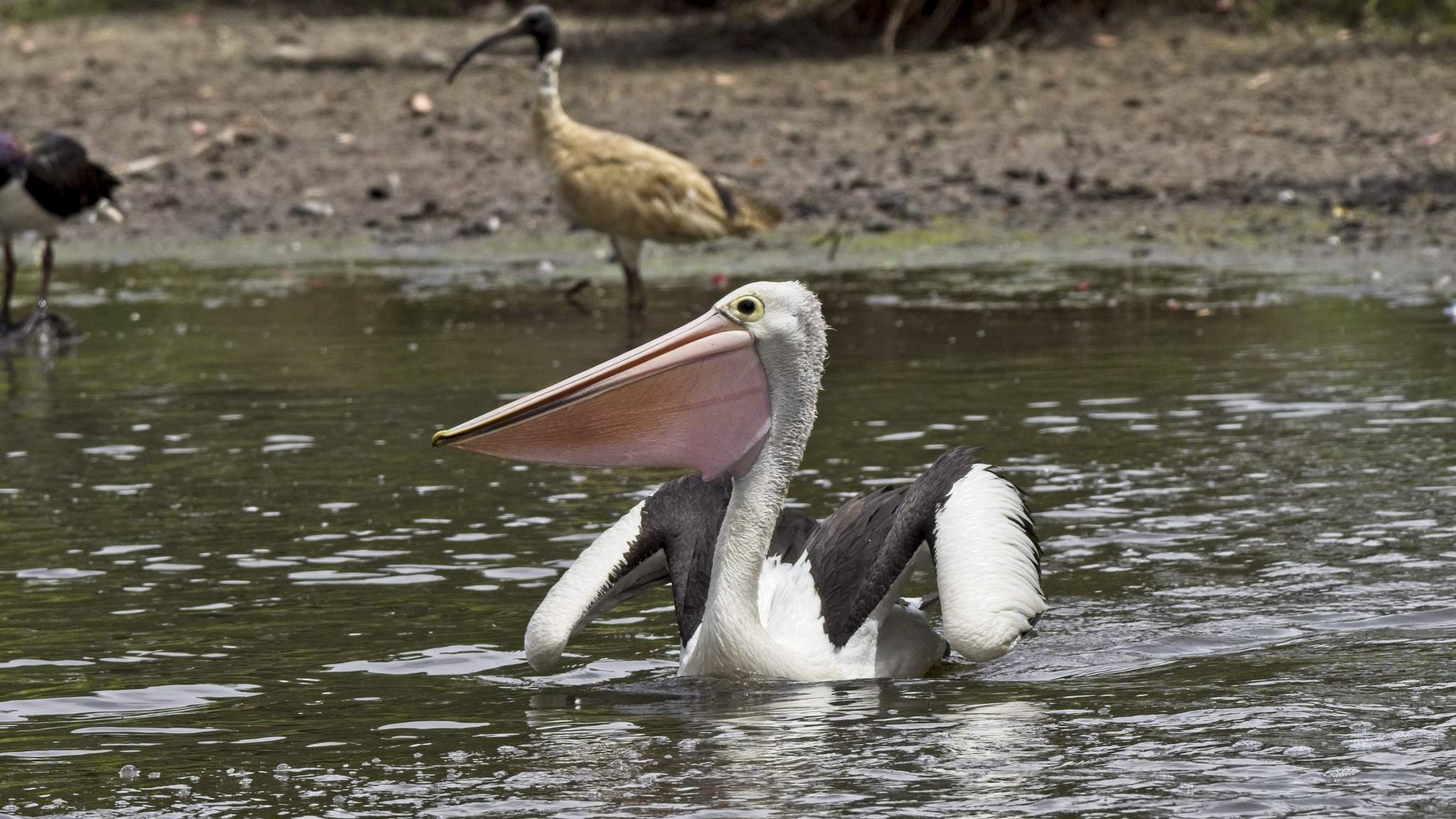 Some of the many ducks in the pond – mostly Australian Wood Ducks (Chenonetta jubata), with some Grey Teal (Anas gracilis): 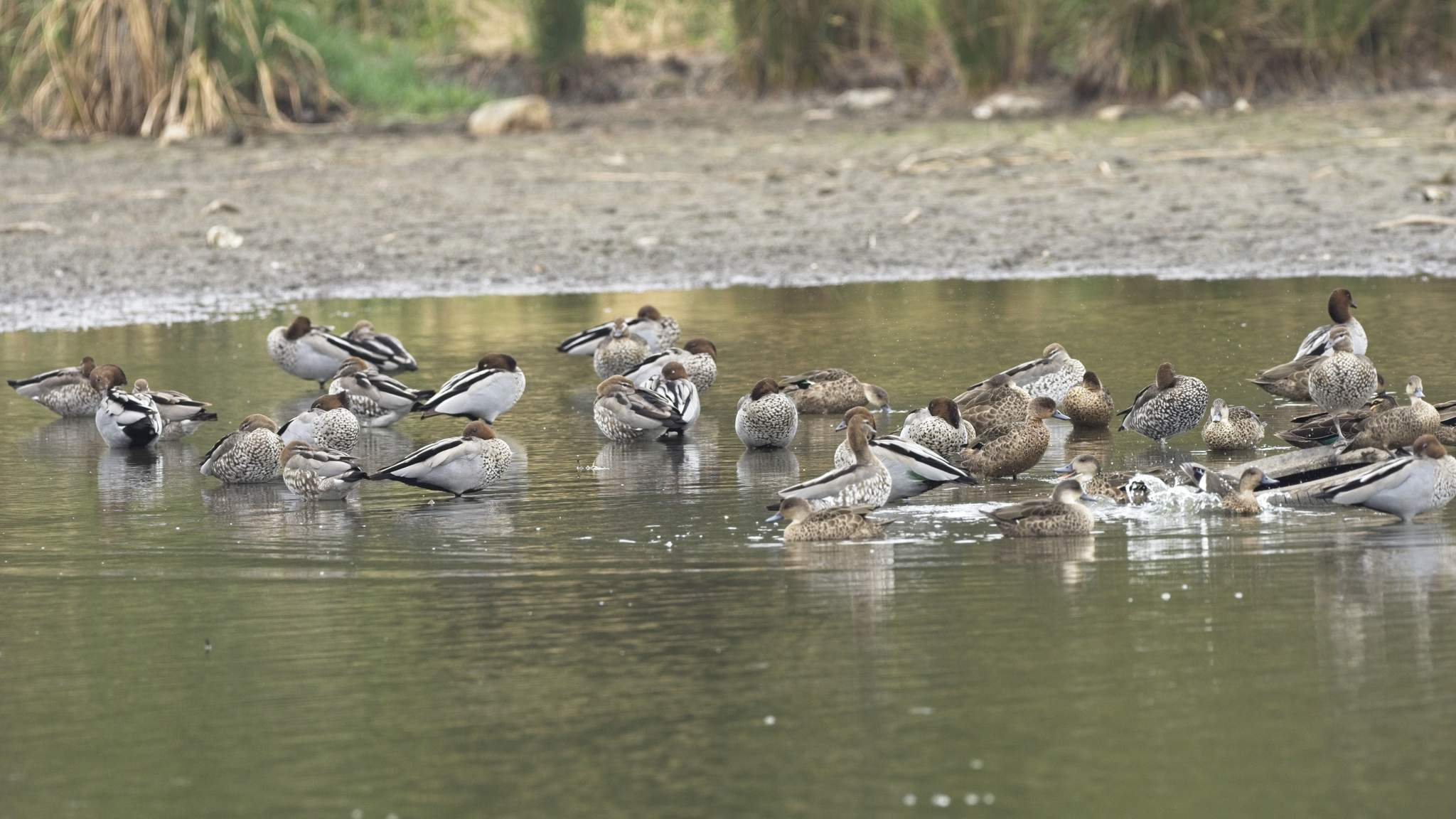 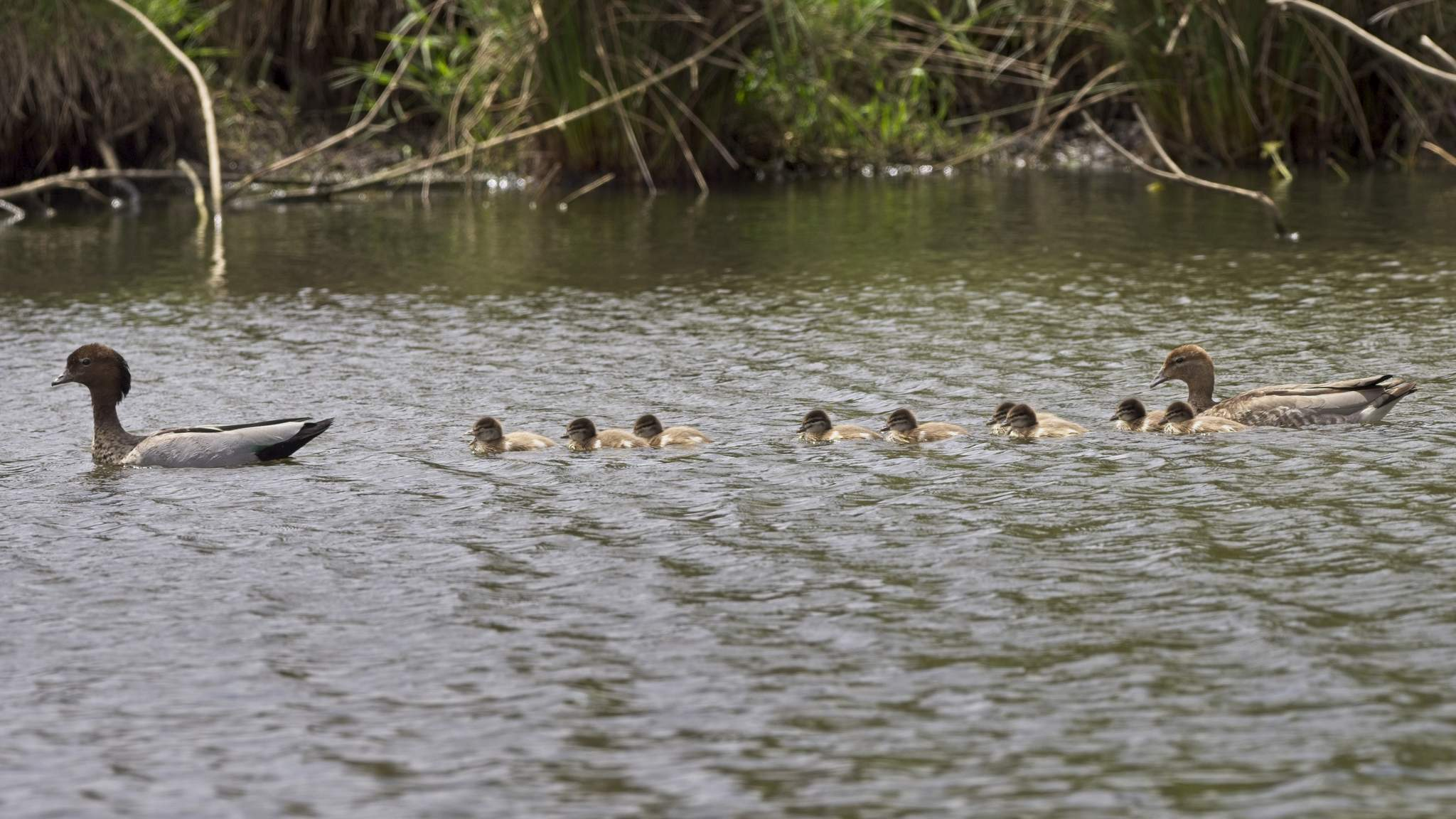 The exposed mud of the shrinking pond attracted a Black-fronted Dotterel (Elseyornis melanops), which I don’t normally see here. 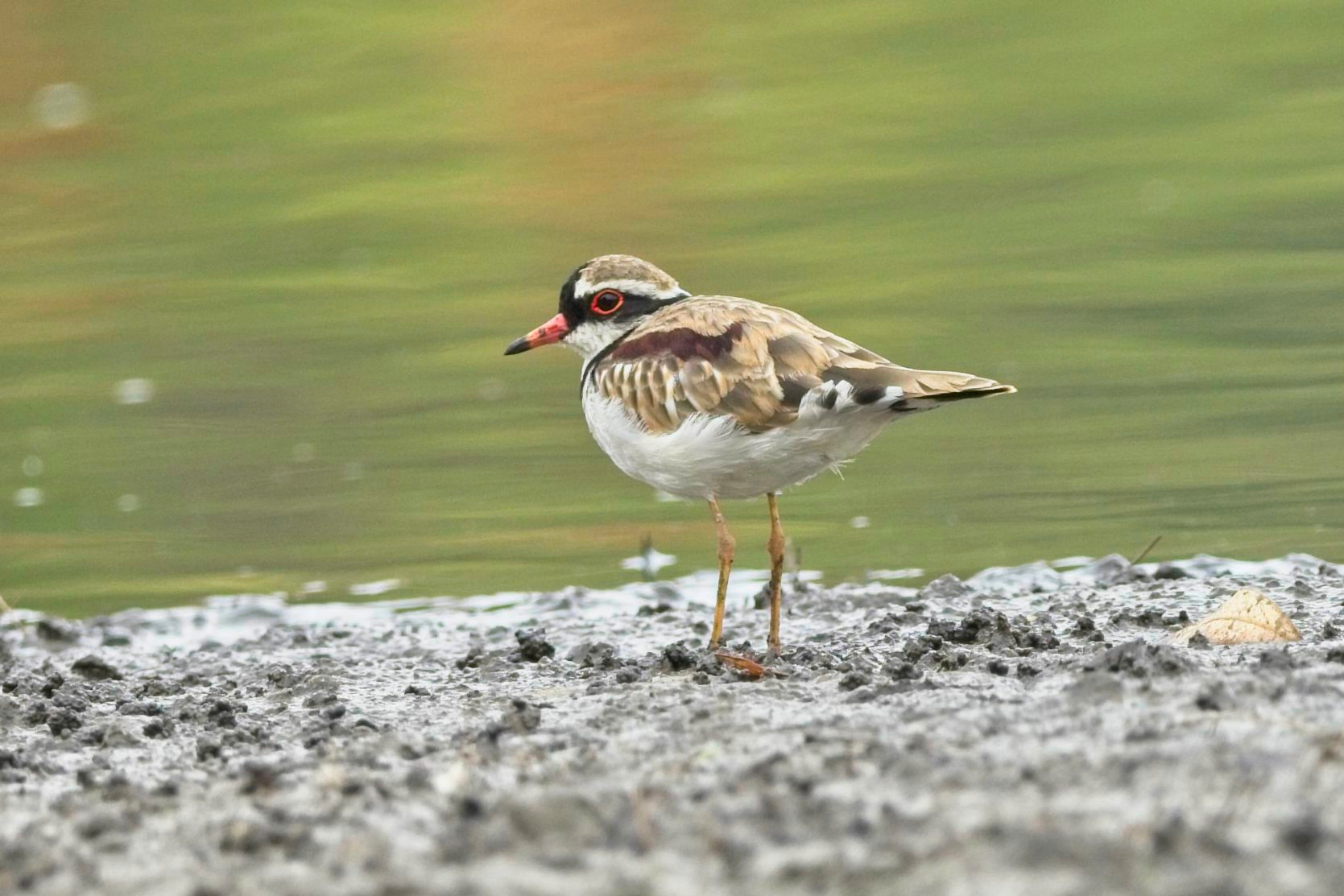 The shallow water was also attractive to some Royal Spoonbills (Platalea regia) This one is in breeding plumage with a long ponytail-like crest. 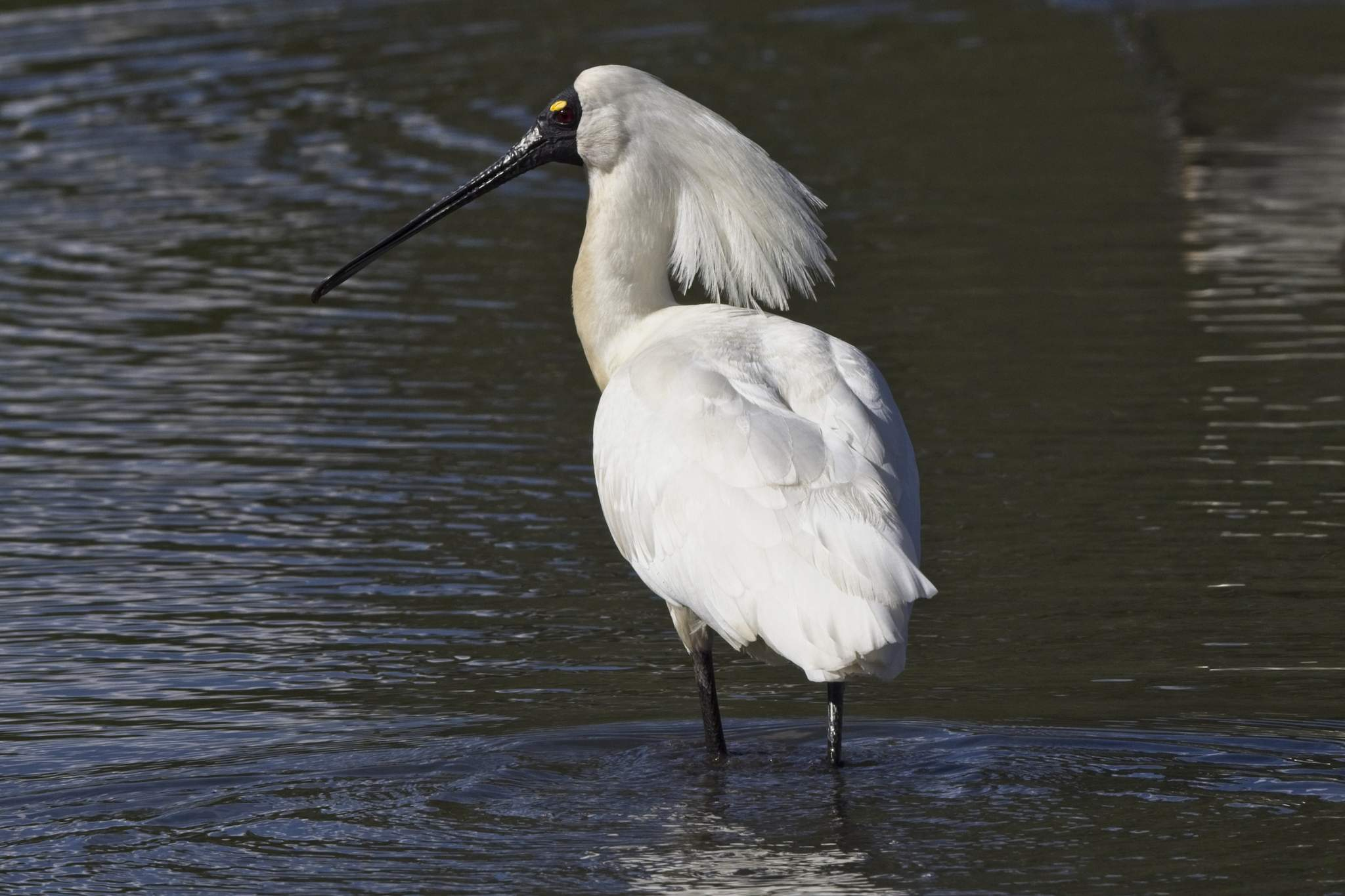 A Royal Spoonbill coming to to land: 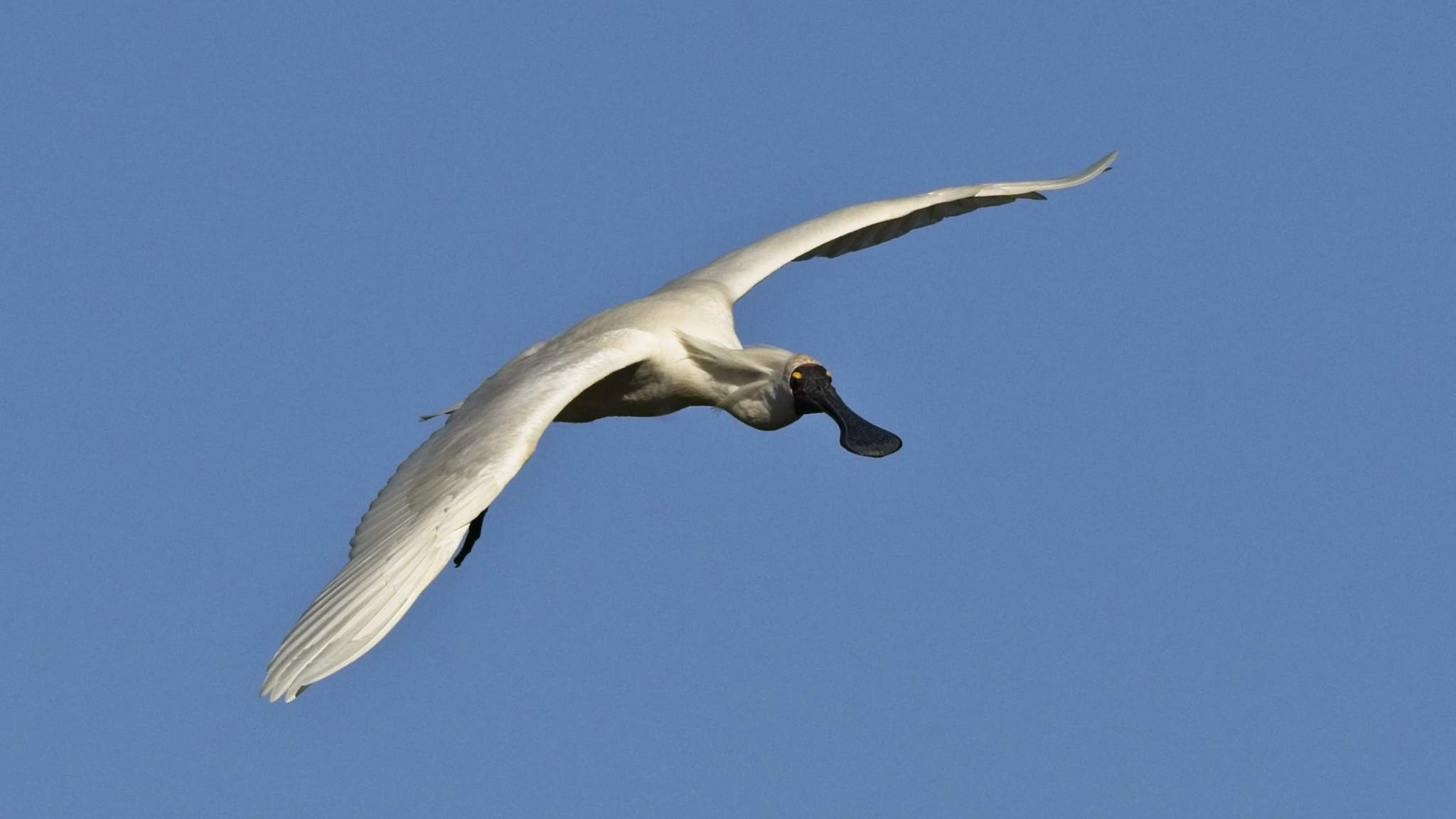 This is a view of the pond in early January. The thick smoke was from huge fires about 100km or so to the east (most of which are at last out after burning for over 10 weeks). We’ve had a lot of smoky days and this one was the worst. With weeks of near constant bad smoke, we’ve learnt to pay close attention to air quality. The daily PM2.5 (fine particulate pollution) level and where to buy air purifiers and P2 masks have become common topics of conversation. The PM2.5 level at the time the photo below was taken was around 1000 μg/m3, down from around 2000 a few hours earlier. Over 178 μg/m3 is regarded as hazardous, over 250 as extremely hazardous.

The same pond a month later, in flood, after we finally had some rain. 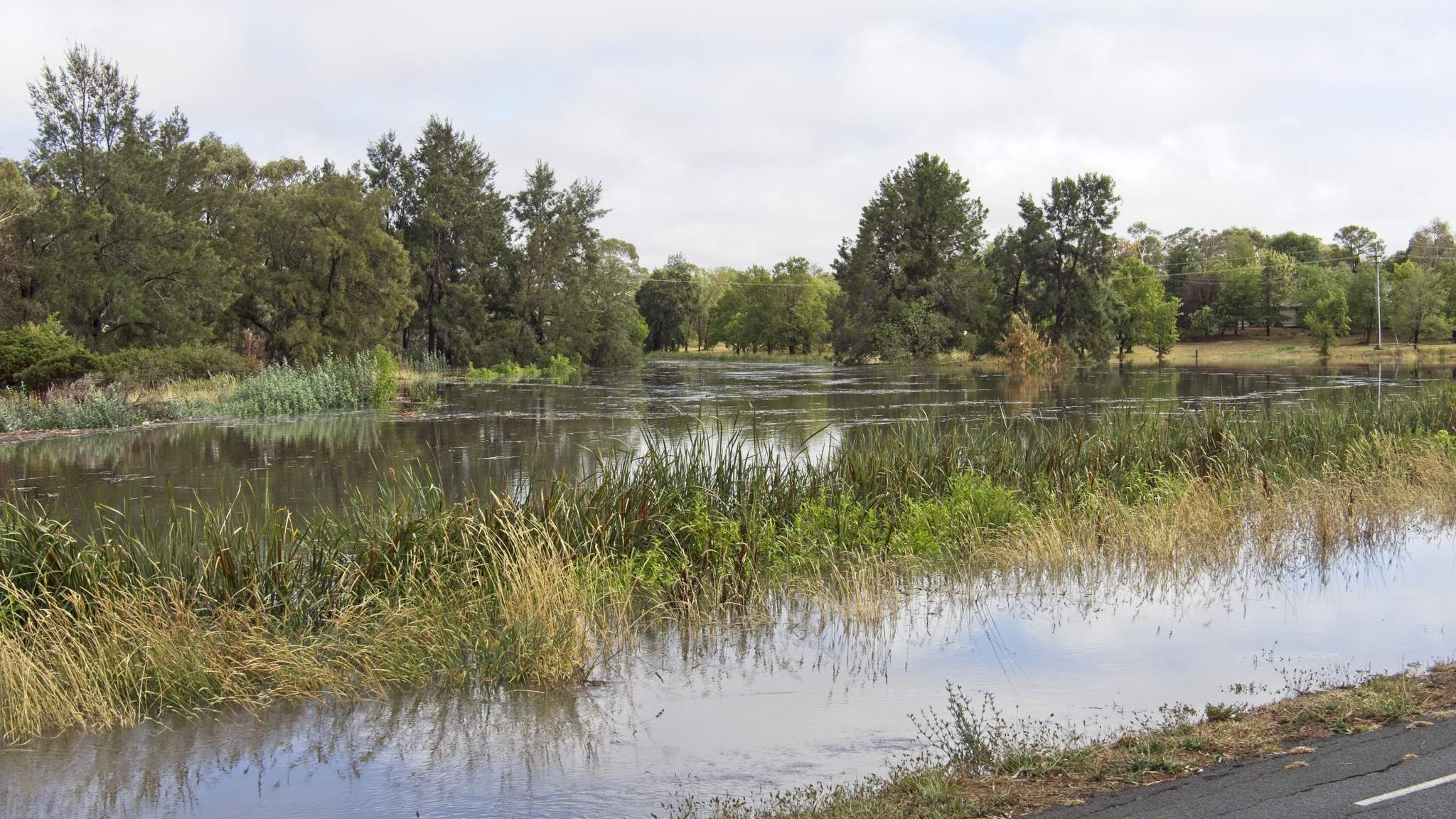