Evolutionary biologist John Avise has a backlog of duck photos to help us through the pandemic. As I said, every Sunday I’ll post his photos of a single species, and your job is to guess the species. By the time we’re out of lockdown in a few years, we’ll know all the duck species!

Here are the photos. An ID, range map, and John’s Duck Fact O’ the Week is below the fold: 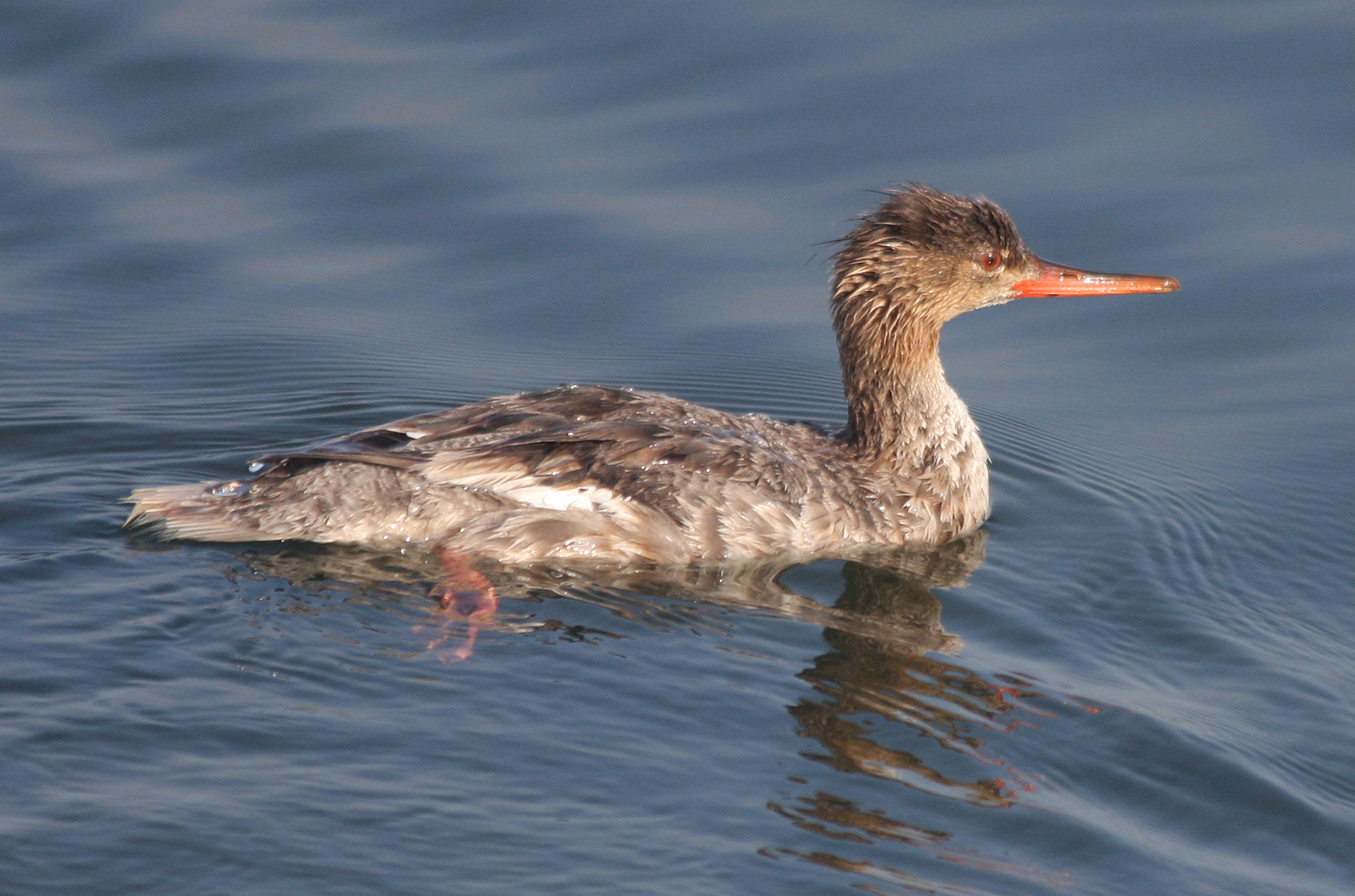 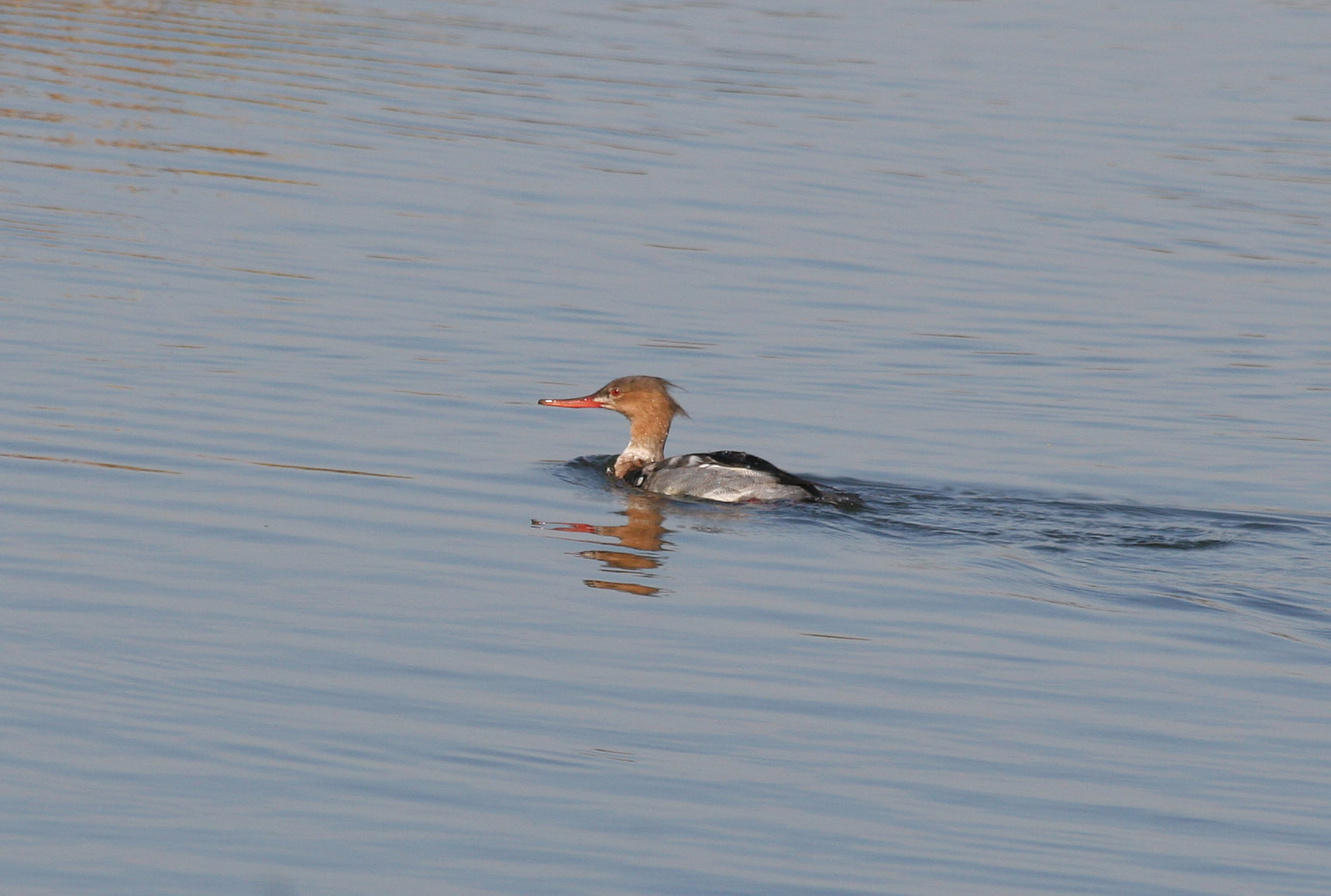 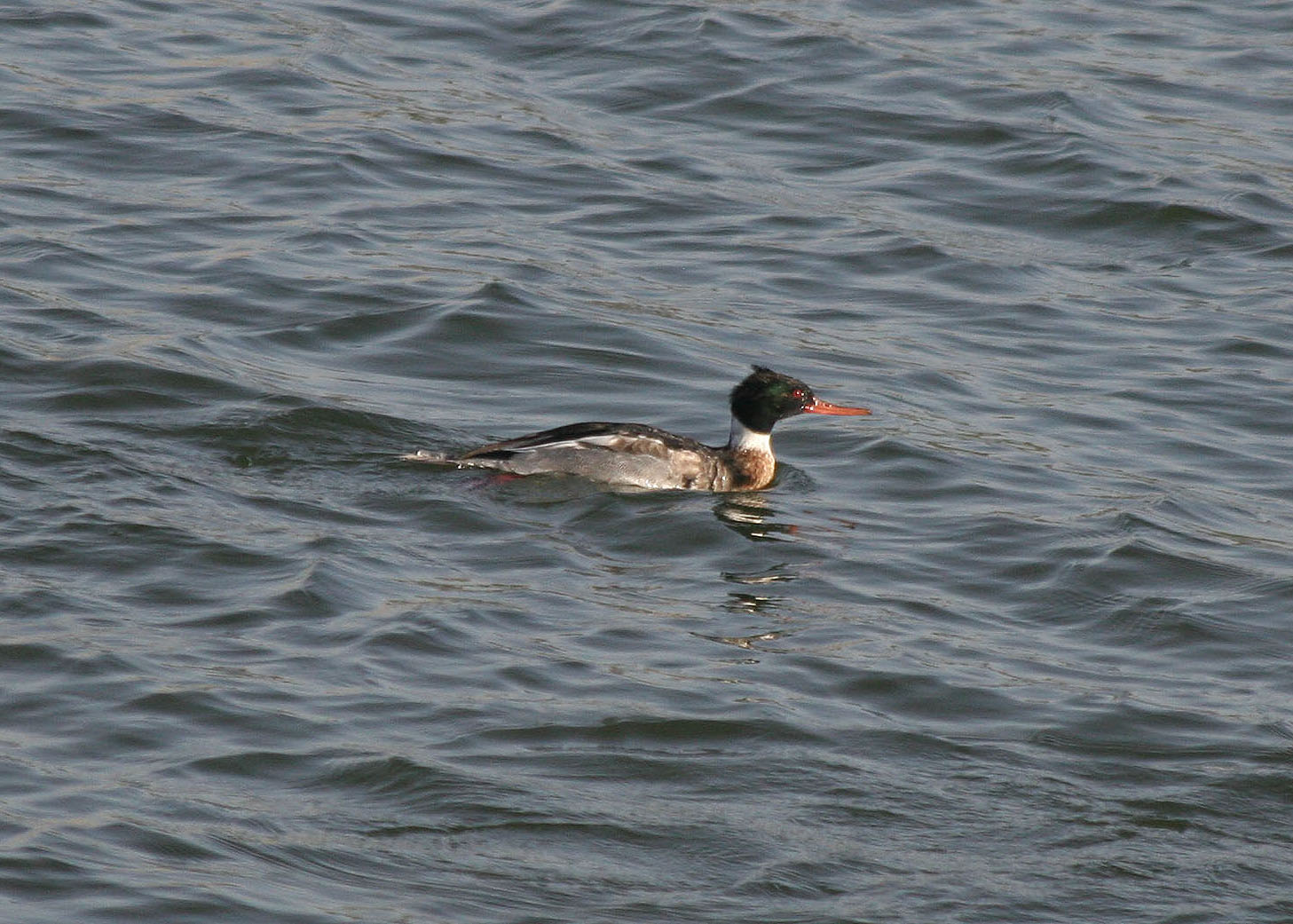 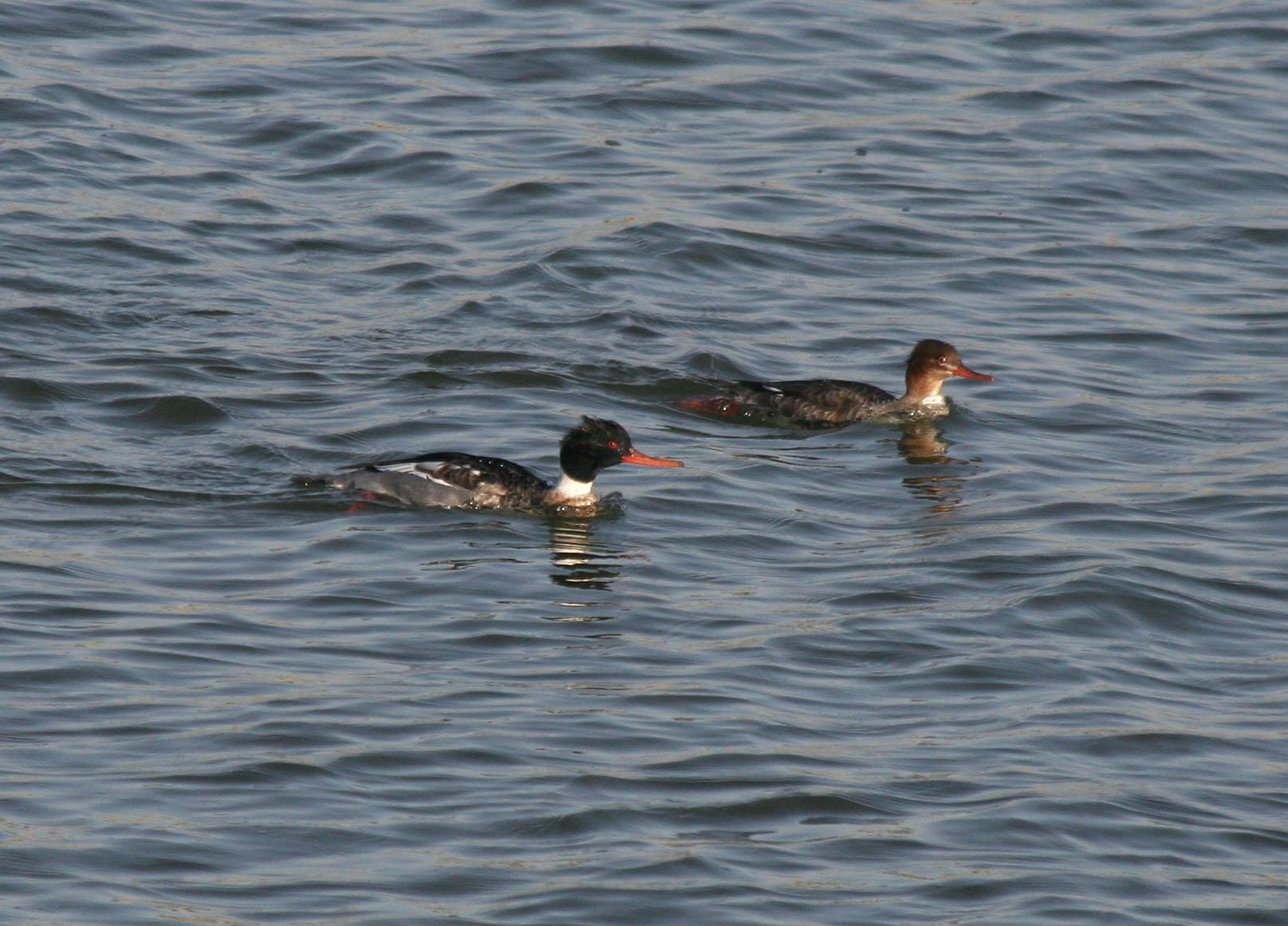 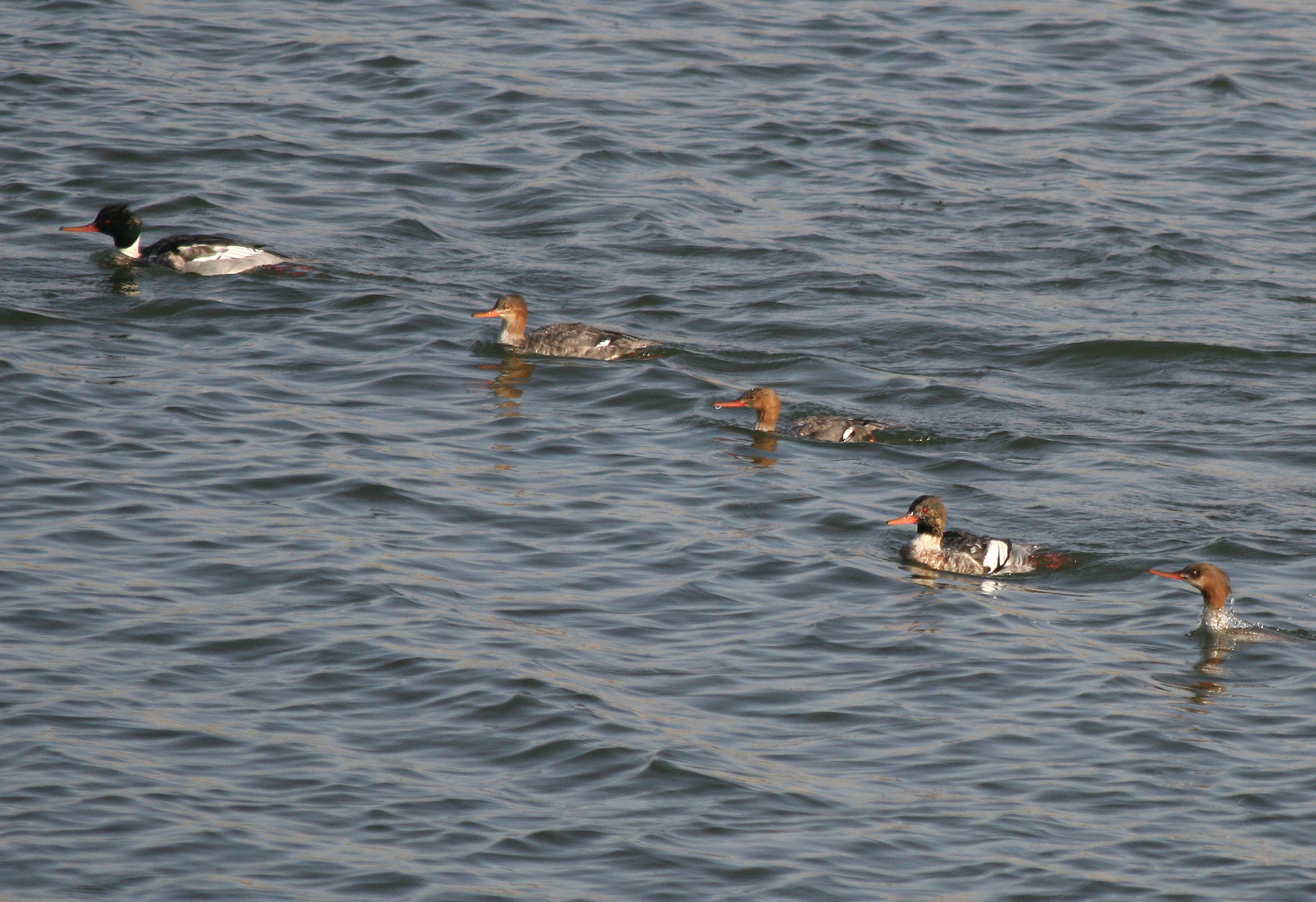 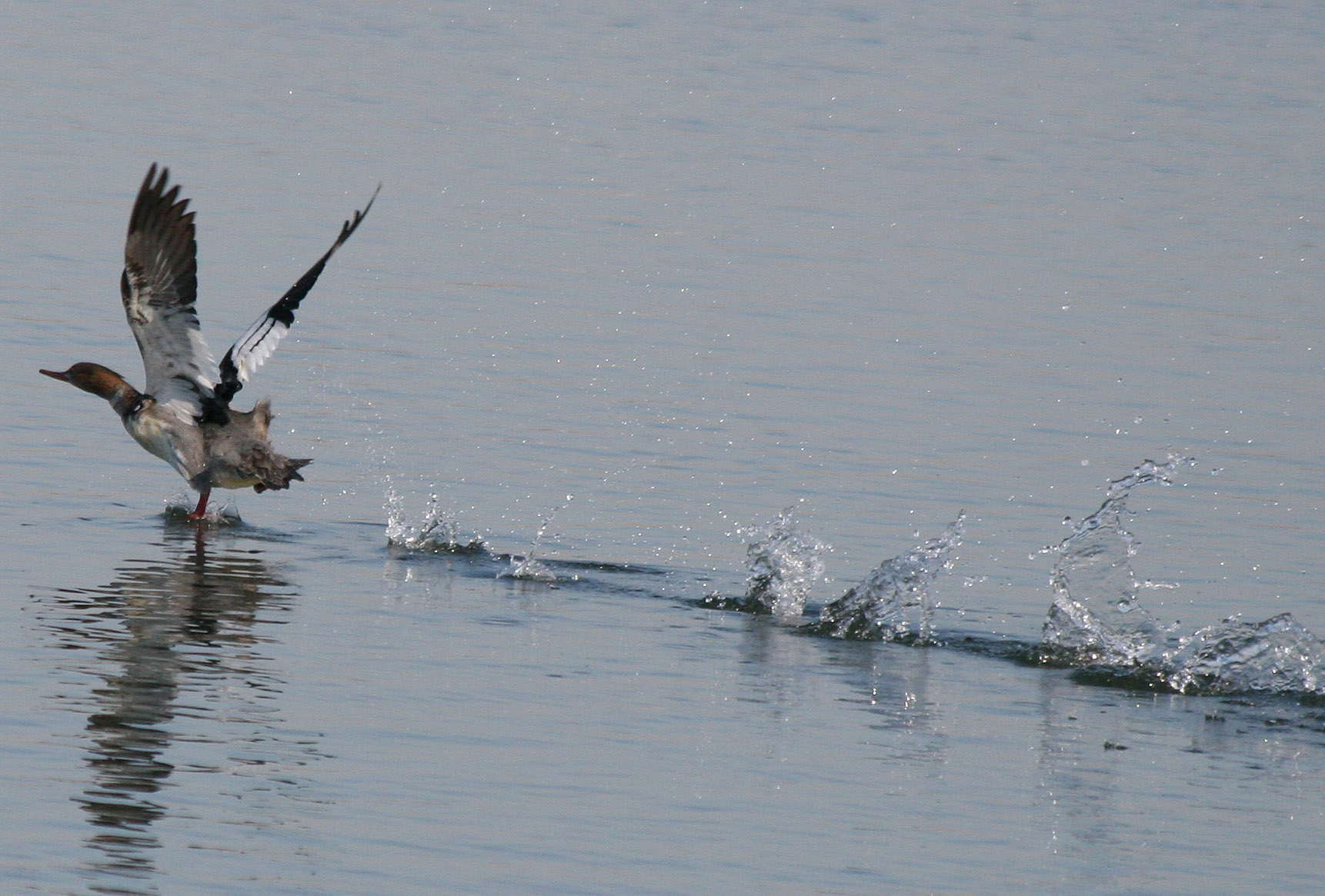 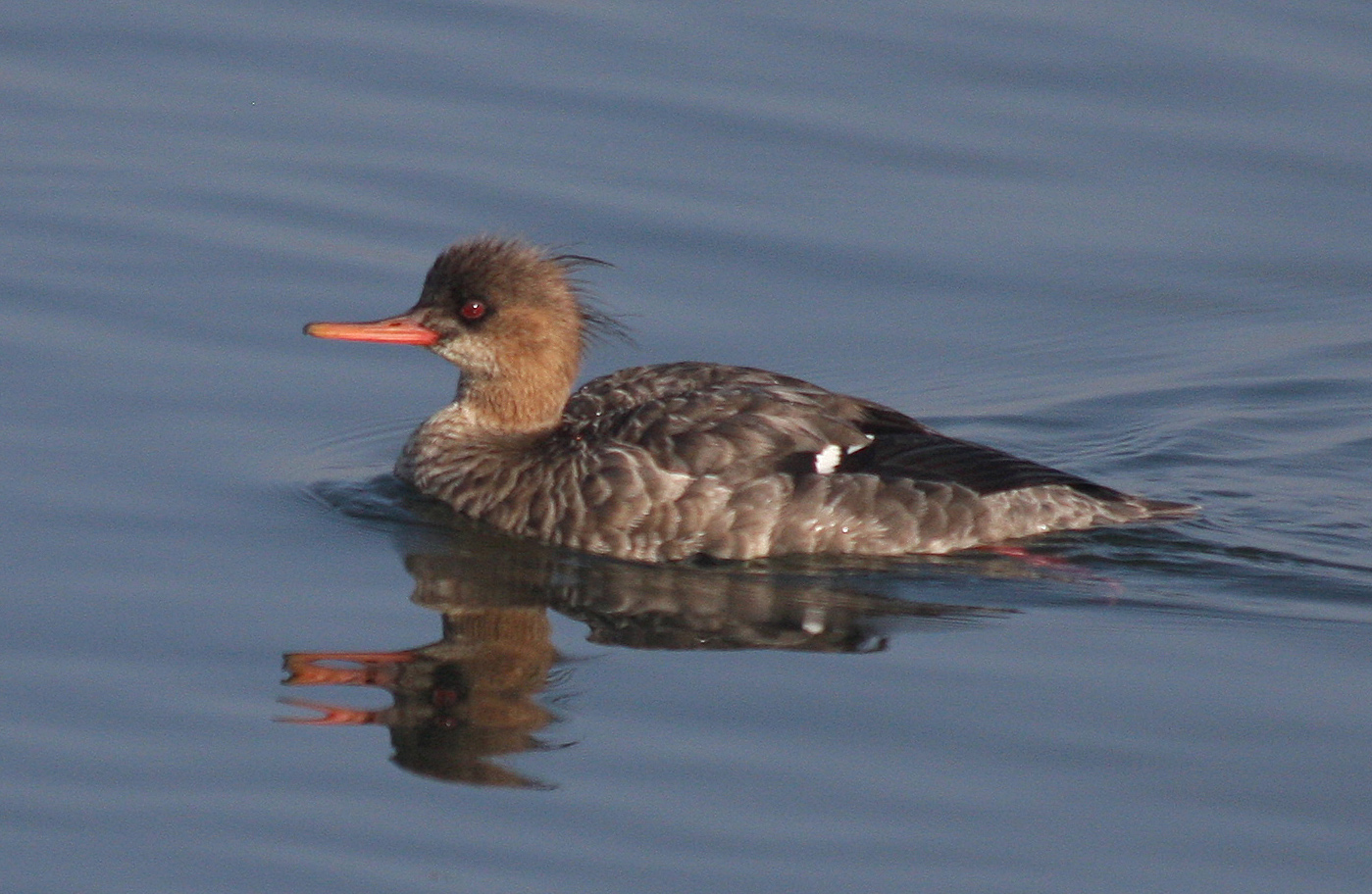 Click “read more” to learn the ID and other stuff about the species.

Like other Mergansers, this species has small serrations on the inner margins of its long thin bill, thus allowing it to grip slippery fish that comprise much of its diet.  As is true of most diving ducks (whose legs are far back on the body), before taking flight these birds must run or “taxi” on the surface of the water (see photo).  The shaggy crest and white speculum are helpful field-marks for this sexually dimorphic species that winters in sheltered saltwater estuaries along both coasts of the United States and Canada.

JAC: Here’s a range map from the Cornell site and a video of the ducks taken at Montrose Point here in Chicago: 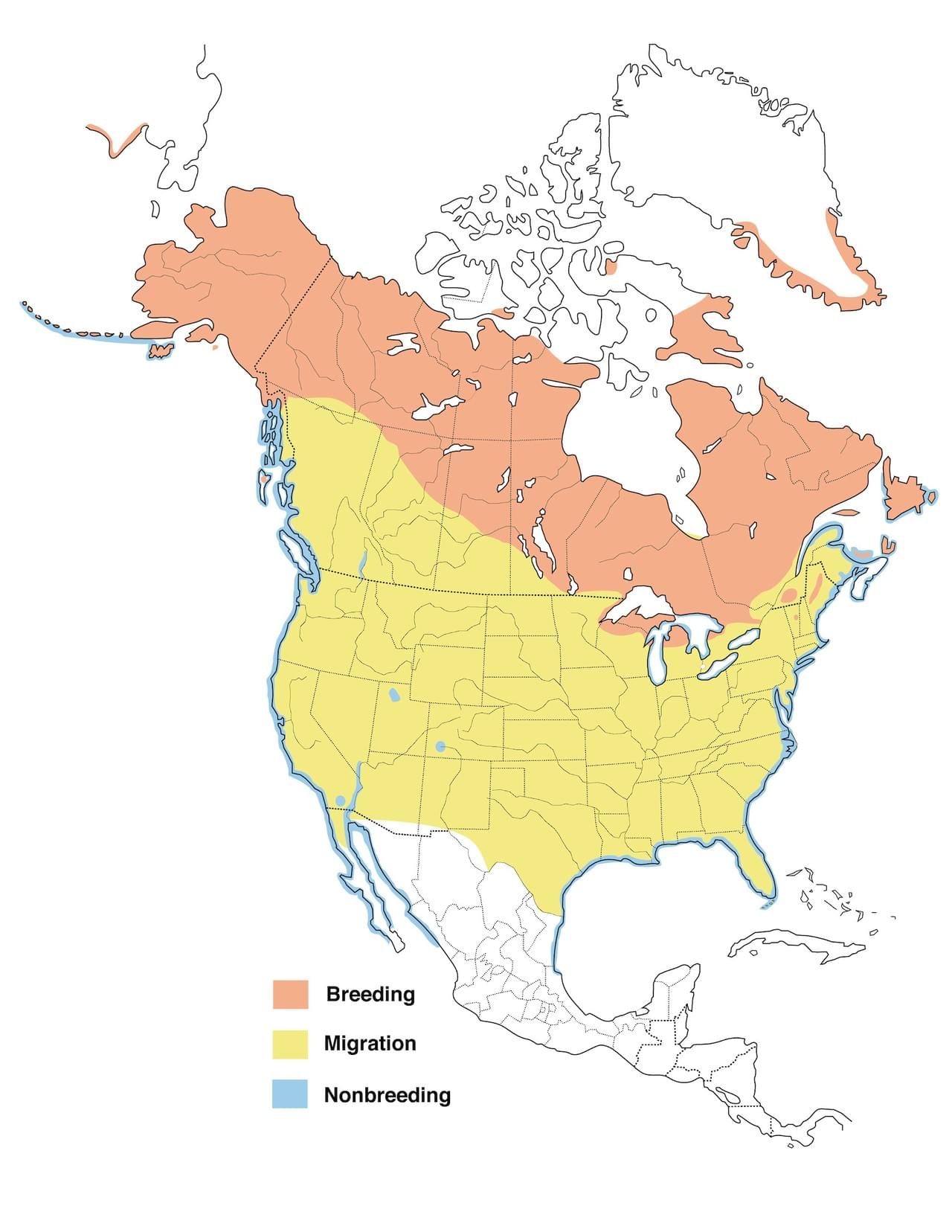