First, if you haven’t seen Ron Reagan’s video ad on behalf of the Freedom from Religion Foundation, which has now been aired several times on national television, including during CNN’s Democratic debate, have a look. (It’s very short, and yes, he’s Ronald Reagan’s son.) I love the jab of the last bit: “. . . not afraid of burning in hell.”

In 2014, however, the ad was rejected by CBS when offered by the FFRF for placement on the popular “60 Minutes” show; indeed, it was rejected for any show on that network. It was a hot potato! Six years later, however, despite the claim of Social Justice Atheists that people like Richard Dawkins and Sam Harris have been counterproductive in promoting unbelief, atheism has become more mainstream than ever.

Submitted for your approval: today’s piece in the Los Angeles Times, sent by reader Paul Topping. According to the paper, someone wrote a letter to the Times criticizing Reagan’s ad, and over a dozen readers then wrote in defending it. This was deemed noteworthy by the paper’s Letters Editor, who published his own take and some excerpts from the letters. Read and smile:

These are good letters, and their number and straightforwardness are heartening. And, as the editor notes, the proportion of disbelief continues to grow.

Here are data from a Pew study last year showing the percentage of those who declare that their religion is “nothing in particular”—a figure that’s grown to the current value of 17%. Atheists and agnostics, too, have doubled their numbers in a bit more than a decade. The percentages are still relatively small, but declared atheists are at 4% and agnostics at 5%.  I think we can safely say that a lot of the “nothing in particulars” would fall into a definition of atheists, so let’s put the proportion of nonbelievers at 20%.

Since the number of Americans over 18 is about 254 million, that makes about 50 million Americans who don’t hold a belief in God (I’m just doing a back-of-the-envelope spec-calculation here). That’s a lot, and what it means is that we aren’t alone—not by a long shot. 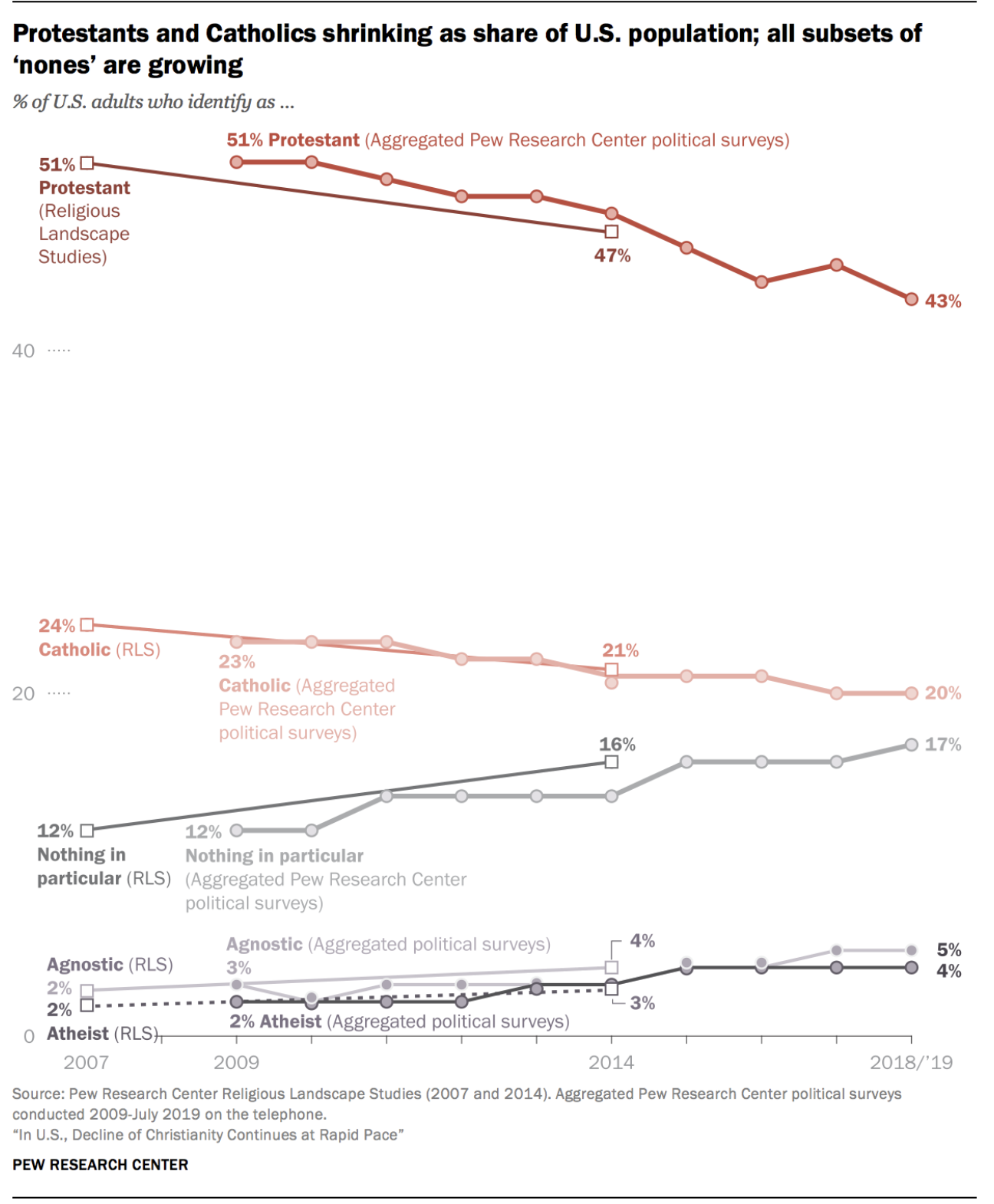 A certain odious segment of the Internet, including nonbelievers who simply cannot stand prominent atheists, say that “New Atheism is dead.” I say, “Well, its proponents have moved on to other things, but they gave nonbelief a shove whose momentum continues.” All over the West, religion is waning, driving believers into defensive positions or even hysterics.

Now is the time, what with religion on the run and atheism no longer the equivalent of leprosy, to come out. Write letters, have discussions with people, and, like the writers of letters above, fight back when someone goes after atheists and atheism. We don’t have to let religionists spill their delusions all over the media. No, we don’t have to prosyletize by bringing up nonbelief at inopportune times. But we shouldn’t hide under a bushel, either.

At least, like Ron Reagan, we should assert our right to nonbelief, and call out the believers when they stick their camel noses in the public tents.