Welcome to Thursday, April 16, 2020, a two-part food holiday: National Eggs Benedict Day,  and Day of the Mushroom.  It’s also Save the Elephant Day, National Librarian Day, National Orchid Day, World Semicolon Day; National Wear Your Pajamas to Work Day (aren’t many doing that anyway?); World Voice Day; and, finally, National Ask an Atheist Day, created by members of the Secular Student Alliance at the University of Illinois. Here’s one of my answers:

Interlocutor: Atheist, how do you explain the existence of moral and physical evil?
Me: Naturalism, including natural selection.
Interlocutor: Well, that settles that.

The new “coronavirus reparation checks” are going to have Donald Trump’s name on them—the very first time the Internal Revenue Service has done this. And an IRS official says this may mean a bit of a delay in the checks going out. What a fricking narcissist! Further, Trump is threatening to adjourn Congress so that he can make various recess appointments pushed through. This may be unconstitutional, but is certainly unethical.

In five minutes I am going to the grocery store. I have bet Matthew $50 that I will die from the virus within the year, but if I win, I can’t collect!

Stuff that happened on April 16 include:

Here’s an aerial view of the fortress of Masada, now a World Heritage Site and tourist destination. According to Joesphus, nearly a thousand of the remaining Jews committed suicide rather than fall into Roman hands: 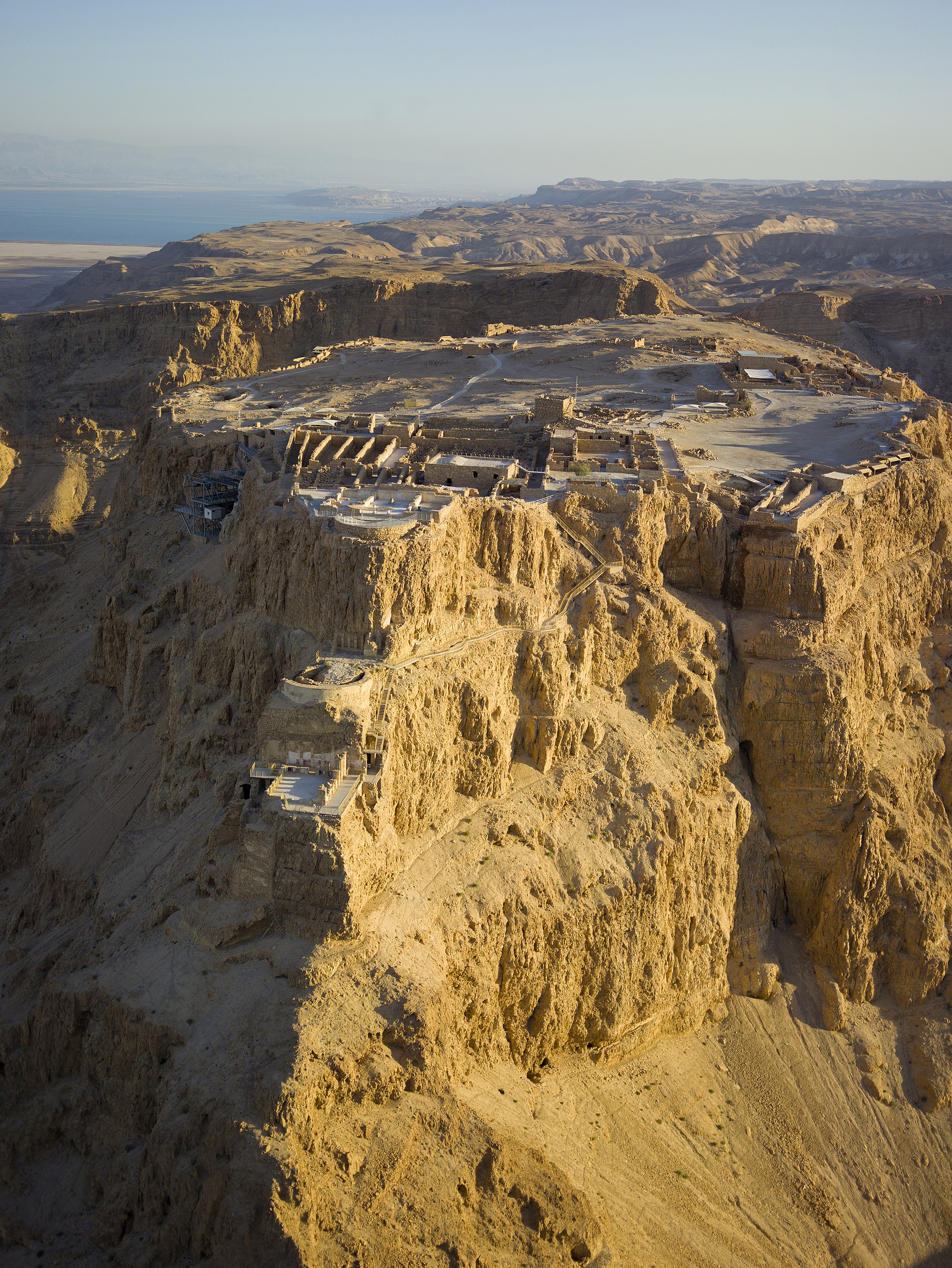 Masterson (whose real name was Bartholemew William Barclay Masterson, and who was the hero of a television series of my youth, had a colorful life. He was born in Quebec but moved to the Western U.S. to become a buffalo hunter, civilian scout, Indian fighter and then sheriff and gunfighter in Dodge City, Kansas. He later moved east and became a journalist and a friend of President Theodore Roosevelt. He died of a heart attack, age 67, in 1921.

Two photos (captions from Wikipedia). The first one looks heavily retouched, and may be a fake, but it is both guys:

Here he is in his gunfighting day (with Wyatt Earp!) and then later as a “respectable” citizen (he was embroiled in several scandals):

From the Moscow Times:

Arriving at the Finland Station in Russia’s former capital of Petrograd (modern-day St. Petersburg), Lenin climbed atop an armored train car to address the thousands of his followers who had gathered. In a now-historic speech, Lenin argued that the Bolshevik Party must use armed force to seize control from the provisional government that had been formed after Tsar Nicholas II’s abdication.

Lenin’s arrival at Finland Station marked a turning point in Russian history. From this point, Lenin would go on to take the revolution into his own hands — and by early November (October O.S.), the Bolsheviks would seize power in what is today known as the October Revolution, setting the stage for the establishment of the Soviet Union.

Here’s a photograph I took in St. Petersburg, at the Finland Station, of the locomotive engine that took Lenin to his famous arrival in 1917. It was a lot of trouble to get to see this, as you have to pass through security, and the people at the station didn’t speak English. I finally drew a picture of a train with Lenin standing on top of it, and then they realized what I wanted to see: 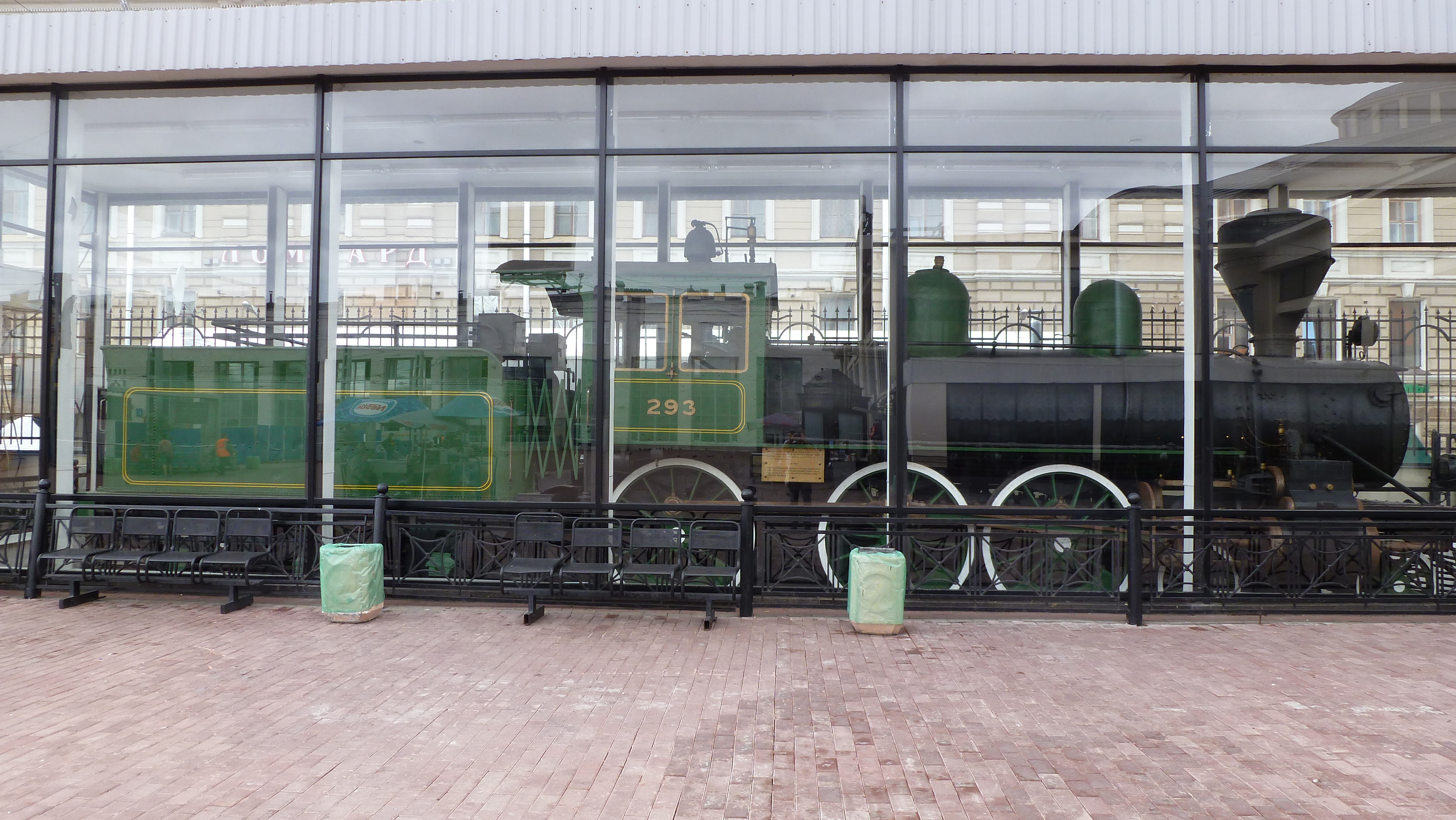 You can see the text of that letter here.

Kevorkian spent over eight years in prison (some of his patients were reported not to be terminally ill), and died of liver cancer four years after being paroled in 2007.

These *amazingly* rare original colour photographs of Charlie Chaplin were taken by Charles C Zoller around 1917. They are called "autochromes" – the very earliest process for taking colour photography. pic.twitter.com/AQybuesVYP

Here’s my favorite of Dusty Springfield’s songs, performed live. She died at only 59 of breast cancer:

Those who relinquished their ghost on April 16 include:

Here’s a lovely Goya: “Cats fighting”, from the collection of the Museo del Prado: 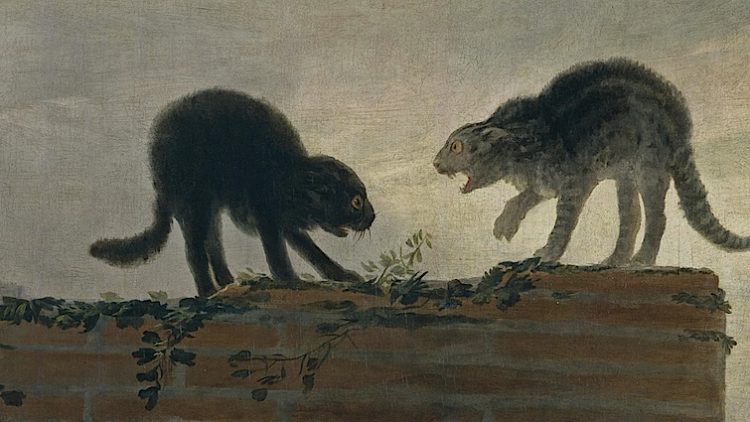 Meanwhile in Dobrzyn, Hili and Szaron are in the same room (Szaron is on “my” sofa), but Editor Hili rebukes the new cat:

Hili: I’m working and he is lying on the sofa.
Szaron: I’m doing distance working. 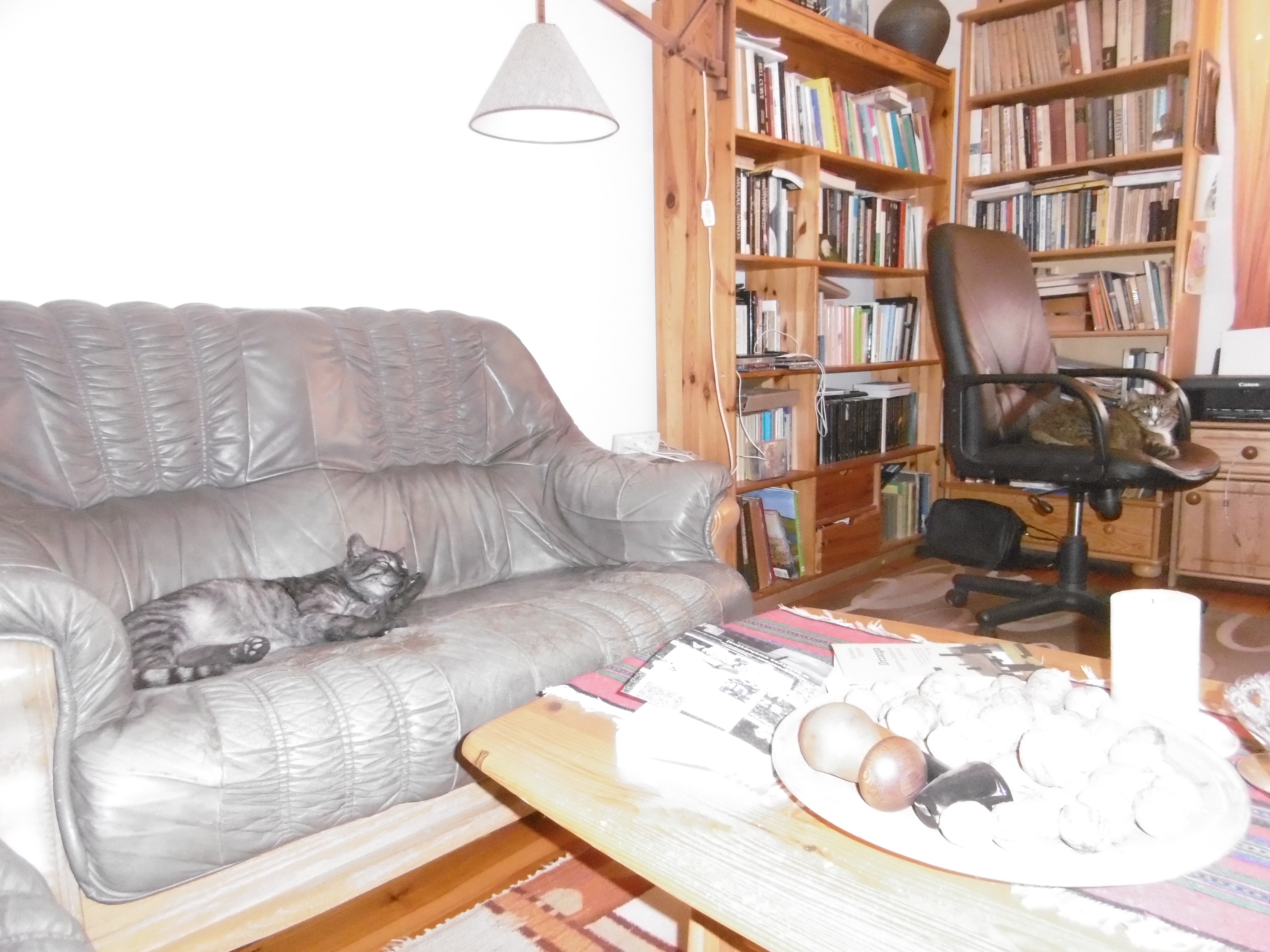 From Muffy. I hope this is real, for I love the unintentional irony: 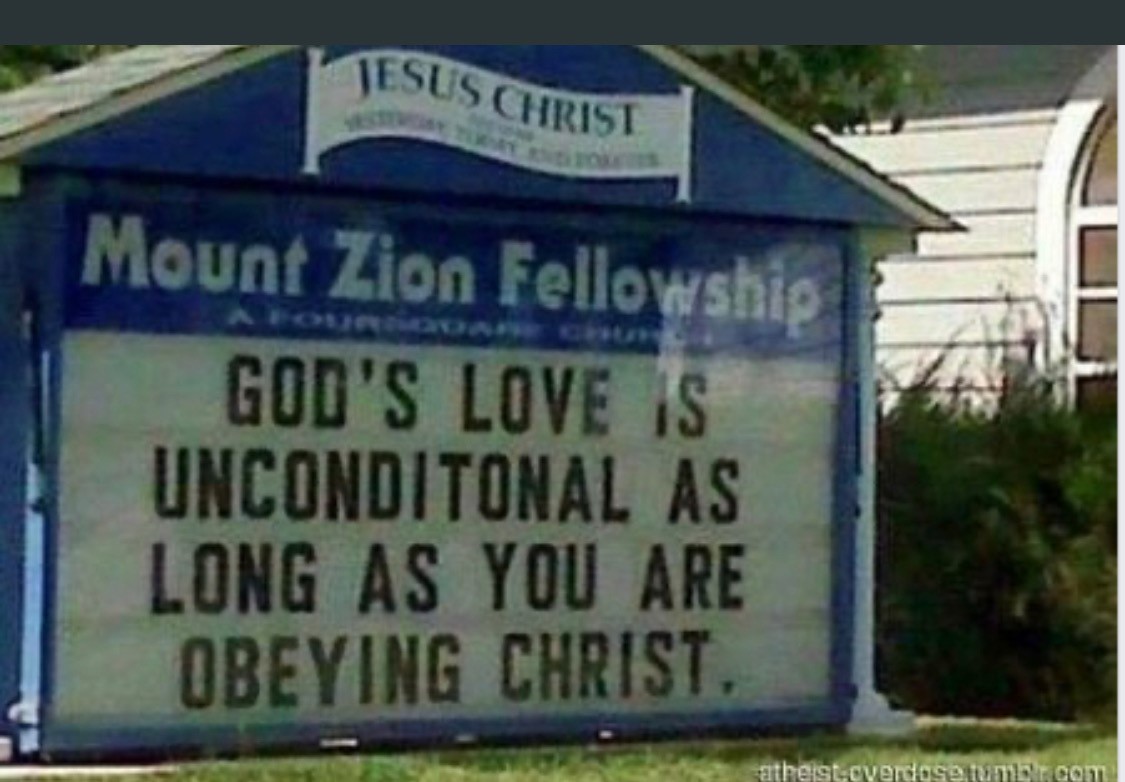 From Nicole (again, why is cat staff always called “Karen”): 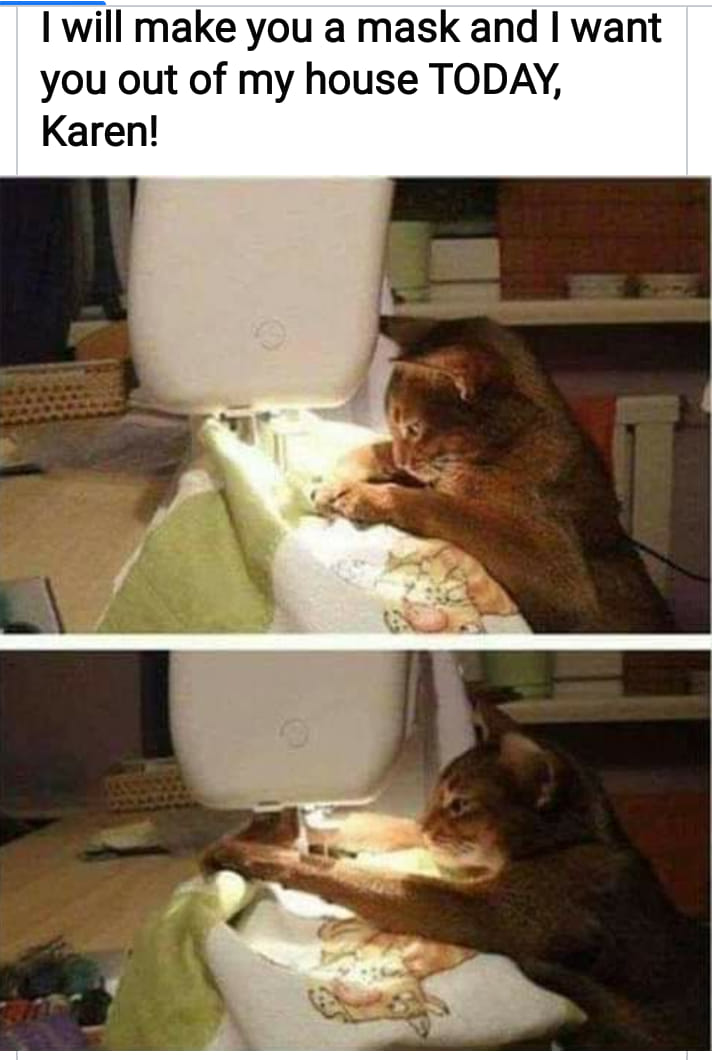 A great Instagram from Matthew: a pandemic story made of book titles, posted in Instagram by Phil Shaw: 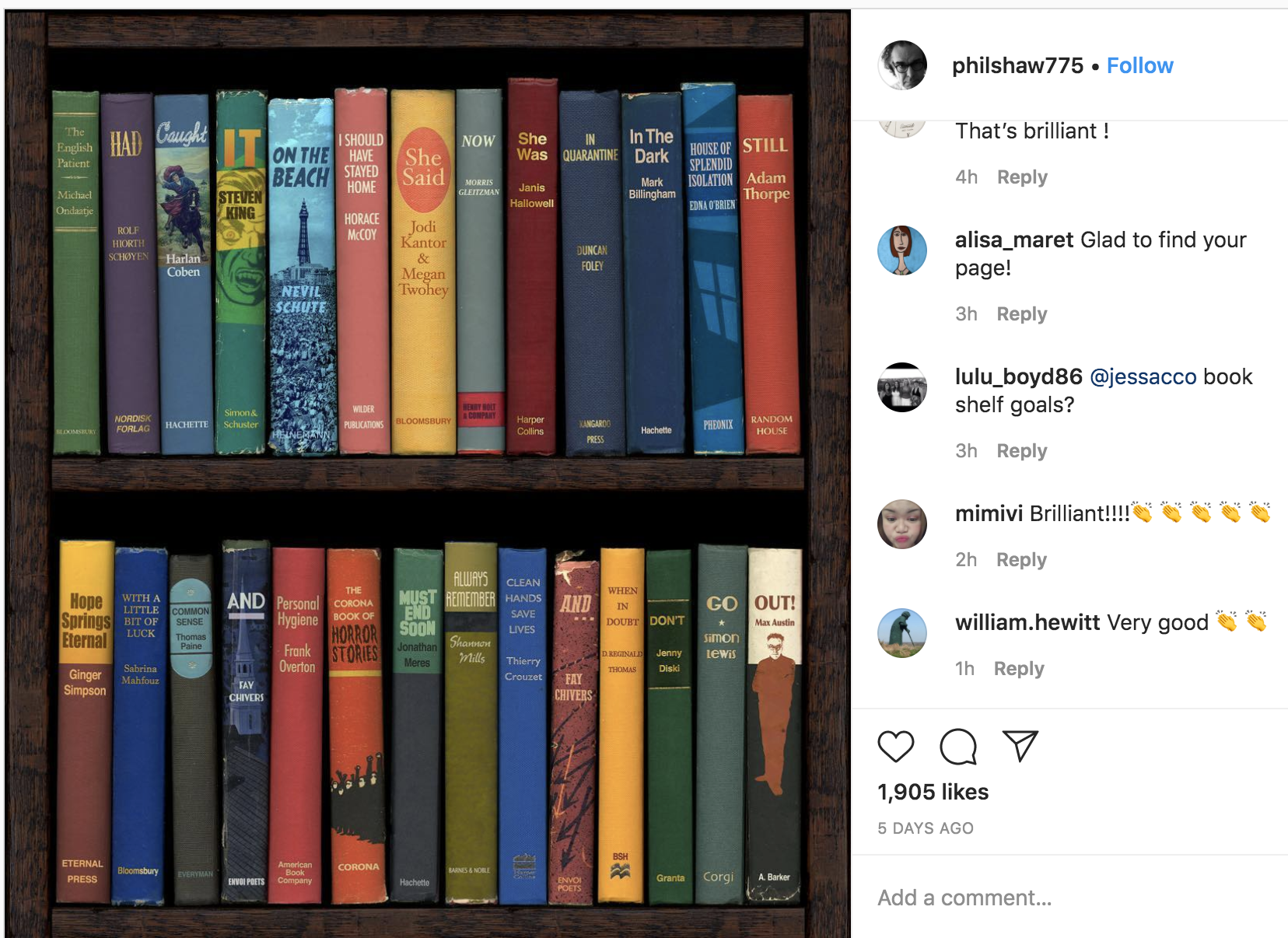 I tweeted this, but reader Don directed me to the video:

New York governor Cuomo with some refreshing anti-theist honesty (at 2:11):

On Mar22 Richmond, VA Evangelical Bishop Gerald Glenn told his congregation to attend services despite #COVID19 stay-at-home orders.
“I firmly believe that God is larger than this dreaded virus. You can quote me on that” he said.
Today he died of COVID.https://t.co/lh2PkfdTnZ

From Luana. I believe this is genuine, but I couldn’t figure out why blacks were prohibited and not white Westerners. Then I realized it’s because the media is highlighting the disproportionate effect that the virus has on black communities.

History has shown time and time again that when people are terrified, they look for a scapegoat.

The rest of the world is currently turning a blind eye to what is going on in China. 😱 pic.twitter.com/RxCngTMe6u

Tweets from Matthew. Do we have to give everything back to the humans?

Nature making a comeback during the pandemic: here's a mountain lion chillaxin' over the now-deserted main pedestrian strip in Boulder, Colorado. #natureishealing pic.twitter.com/vMt83Mmq7J

Kellyanne Conway: "This is COVID-19, not COVID-1 folks, and so you would think the people in charge of the World Health Organization, facts and figures, would be on top of that." pic.twitter.com/losQ3H4ZhW

Ah, Matthew found another one of our beloved optical illusions. Check this teaser for yourself:

You are going to have to take a ruler to convince yourself that this is an illusion… https://t.co/8CcDzXYjtO

I hope these cows aren’t trying to lick salt off the cat!

Interspecies love of the day. pic.twitter.com/VJzK0xaxsi

No, the dinos weren’t like big bats walking upside down in a cave. Somehow the sediments got folded upside down and wound up in a cave. A stunning finding!

A scientist exploring deep inside a cave in France has discovered huge dinosaur footprints, measuring up to 1.25 metres long, made by some of the largest creatures ever to walk the Earth. #ResearchHighlight https://t.co/WASaKJskLa