No, “Spot” isn’t the big cat‘s name (Panthera uncia). This isn’t an easy “spot the. . .” picture unless you have a good search image. It was sent to me by reader Pradeep, and appears in My Modern Met, along with a lot of other lovely pictures by photographer Saurabh Desai, but I won’t give the link until the reveal lest you cheat!

A bit of information first:

. . . this photograph by Saurabh Desai showcases a male snow leopard hiding in plain sight. See it? We’ll give you a minute. If you’re having trouble spotting the camouflaged creature, here’s a hint: the big cat is not white, but brown.

Desai snapped this incredible animal photography, titled Art of Camouflage, in the early months of 2019. He began by trekking to the Spiti Valley located high in the Himalayas in North India with a single goal in mind. “I was on my search of the world’s most illusive cat,” he tells My Modern Met, “which is also known as ‘Grey Ghost’ in the popular local language.”

Desai ultimately made his way to the valley and near the high-altitude Kibber village. He was about five miles from the locale when he spotted the brown snow leopard, which is also called Shan in the local Ladakhi language. It turns out that the cat saw him, too. “The picture depicts the Snow Leopard trying to get off the cliff,” he recalls, “but observing our presence, it decided to wait until it got really dark and it stayed there on the edge.”

It is a testament to Desai’s patience and perseverance that he captured this image.

Indeed. Can you spot it? I’d rate this one “medium difficult”.  That’s a cryptic cat! I’ll put up the reveal at 11 a.m. Chicago time. 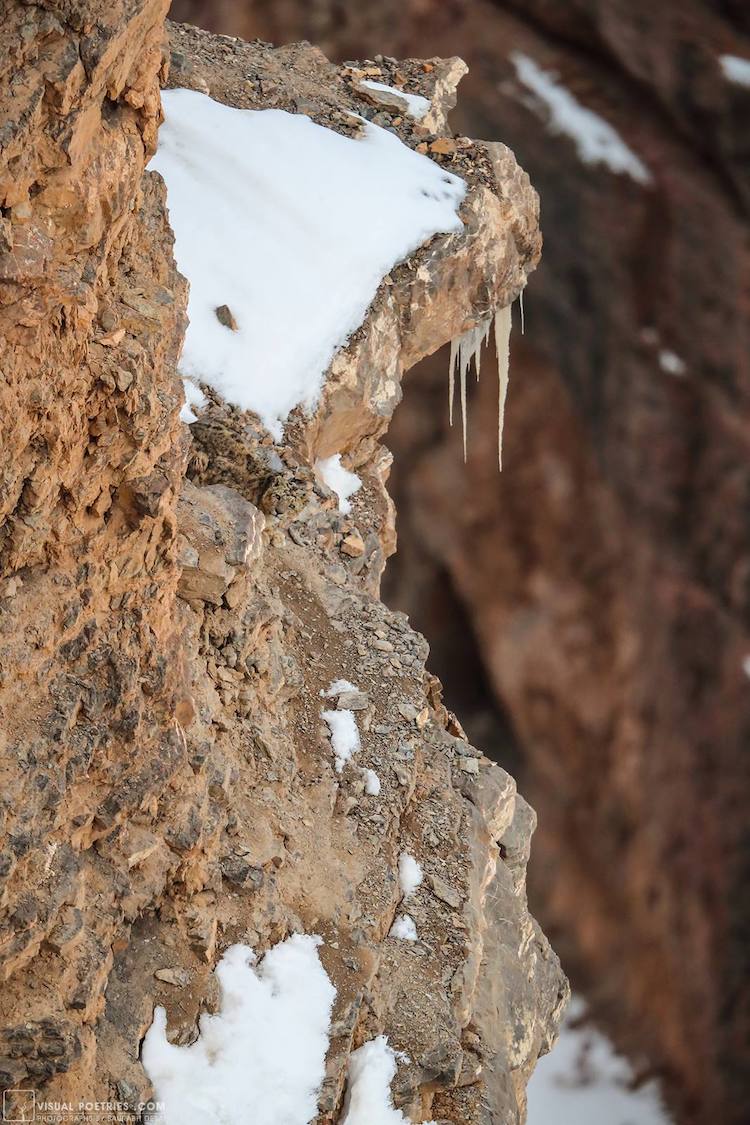 33 thoughts on “Spot the snow leopard!”