Reader Richard Bond has some lovely photos of the Kourtaliotoko Gorge in western Crete. I’ve indented his words.

A few years ago in Crete I had booked a trip to walk down the Gorge of Samaria. It was cancelled at short notice because of a forecast 50 Celsius in the gorge, so, on the spur of the moment, I took a boat trip to Preveli, where the Kourtaliotiko Gorge debouches into the sea. This is a lovely gorge, worth visiting for its scenery alone, but its really striking feature is an extensive and thriving grove of the rare Palm of Theophrastus (Phoenix theophrasti), also known as Cretan Date Palm. This was identified as distinct from the cultivated date palm only about half a century ago, partly because of its rather odd distribution in a few isolated sites: a handful of sites in Crete, four in southern Turkey, and one(?) on the Greek mainland.

Because of my lack of prior research, my photos were mere sightseeing mementos, but I submit this selection in the hope that they show enough of these palms to interest WEIT followers.

The first photo shows a section of cliff just west of Agia Galini, where I was staying (in a hotel full of cats!). To my inexpert eye, it seems to show an interesting series of distinct phases of sedimentation. At Preveli, a westerly current has helped build the beach into a dam across the stream that flows through the gorge, causing that stream to turn abruptly west at its mouth, with a lagoon behind it. (Similar features can be seen at Seaton and at Mudeford on the south coast of England.) 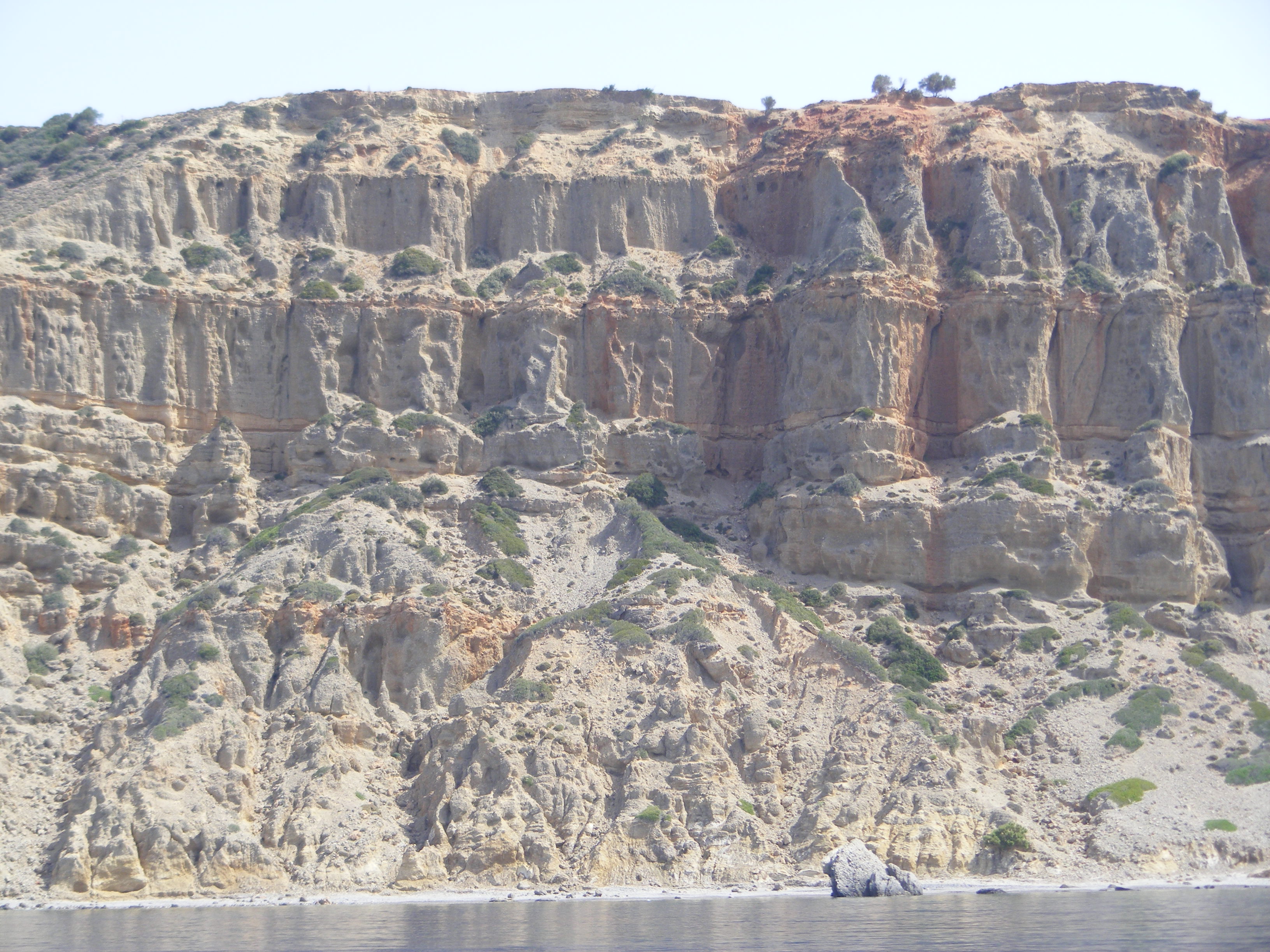 The second and third photos show the lagoon, with reeds and some of the palms along the shore. 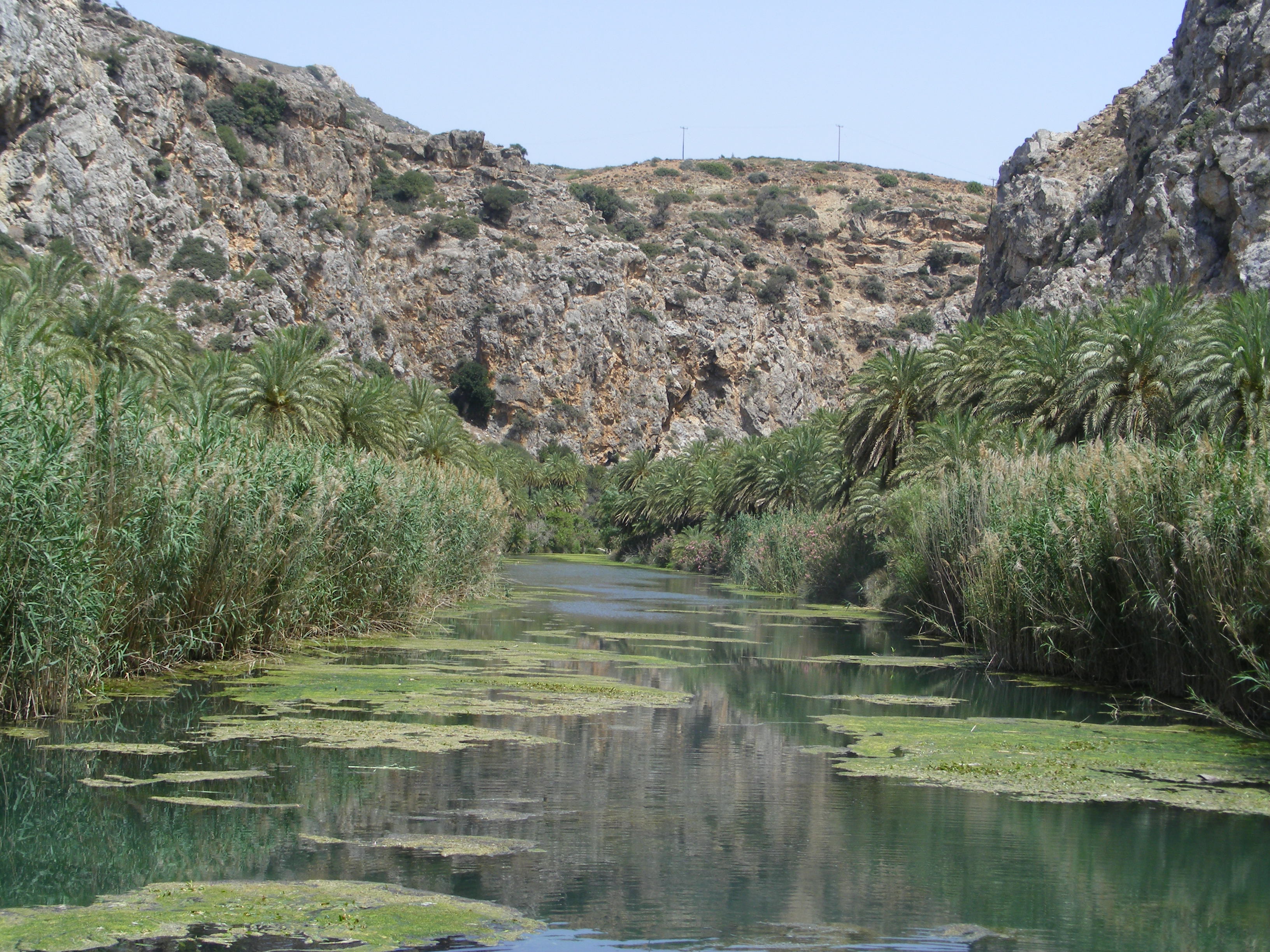 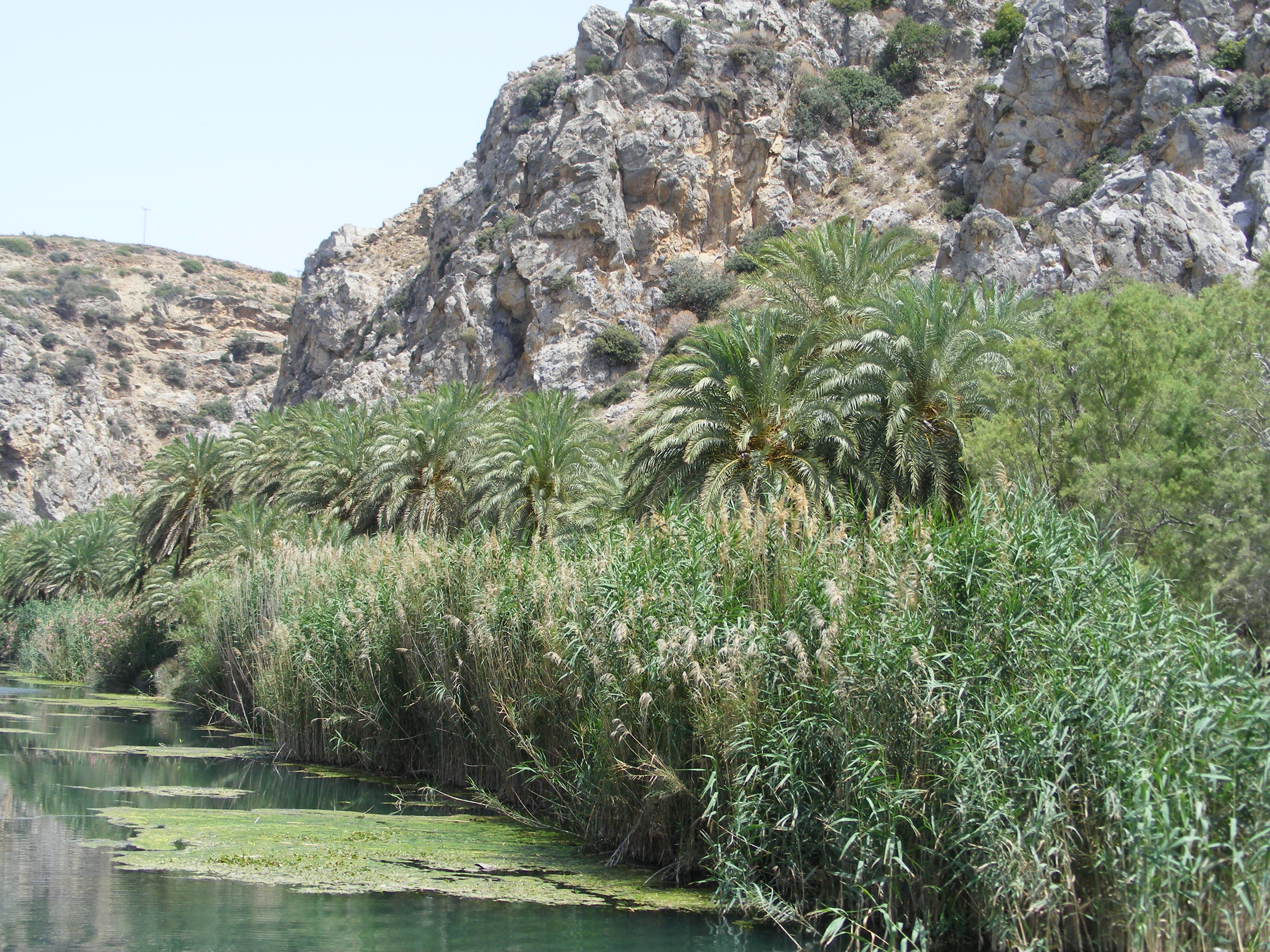 The fourth and fifth photos give a closer view of more palms. 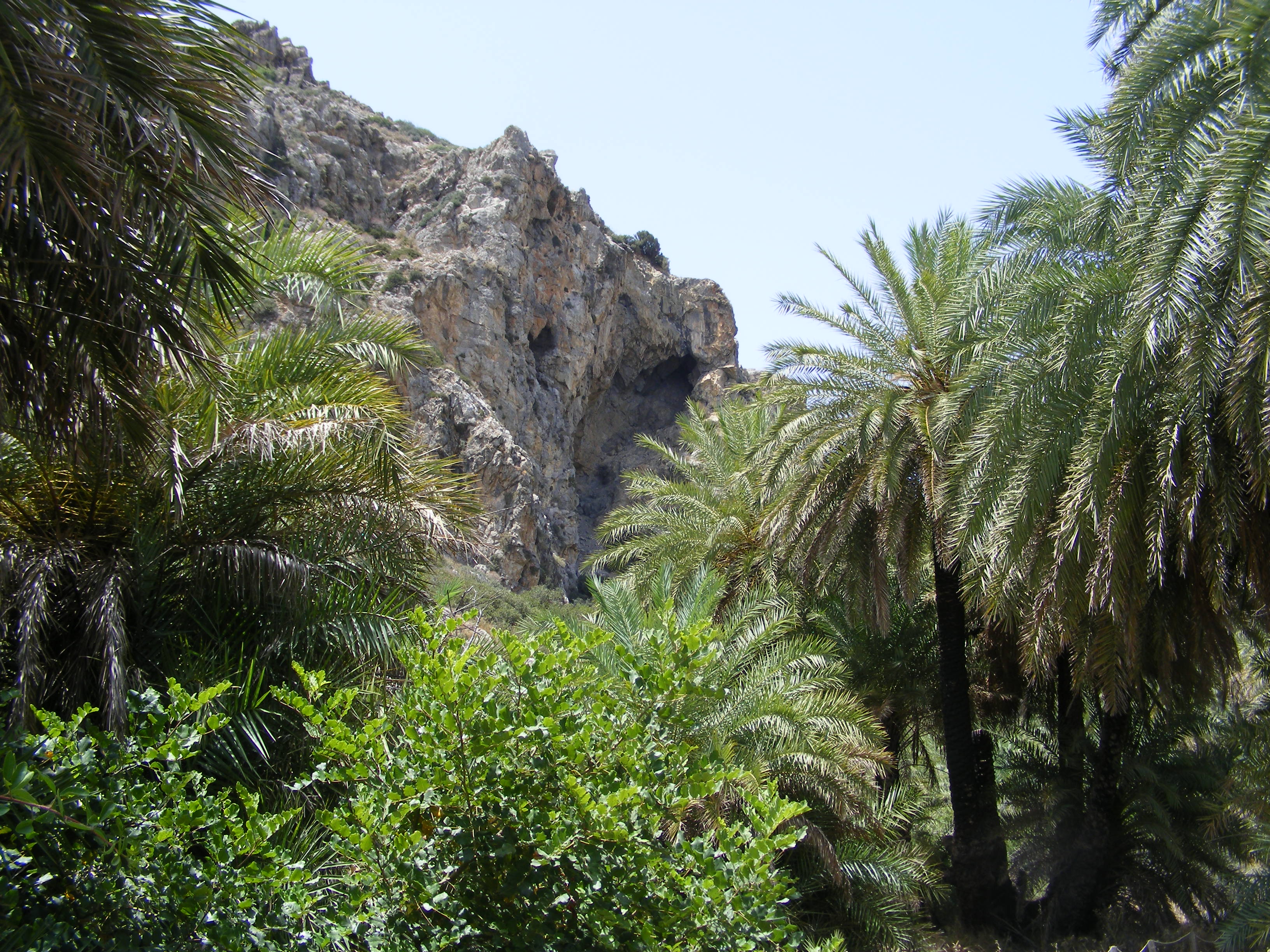 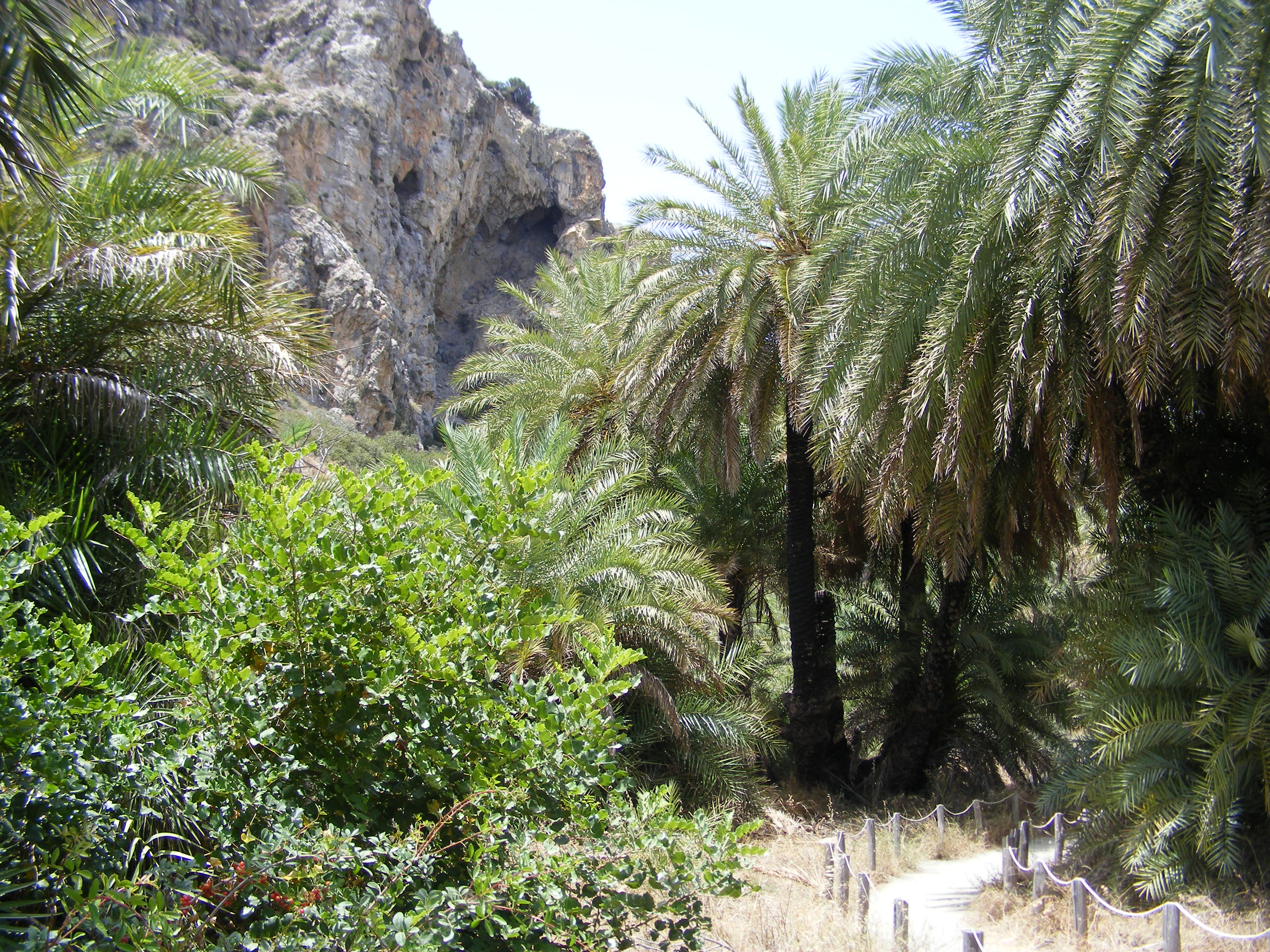 Number six is one of the pools on the stream. There were fish (trout?) 20 cm long in it, which seems to indicate that the stream never dries up. 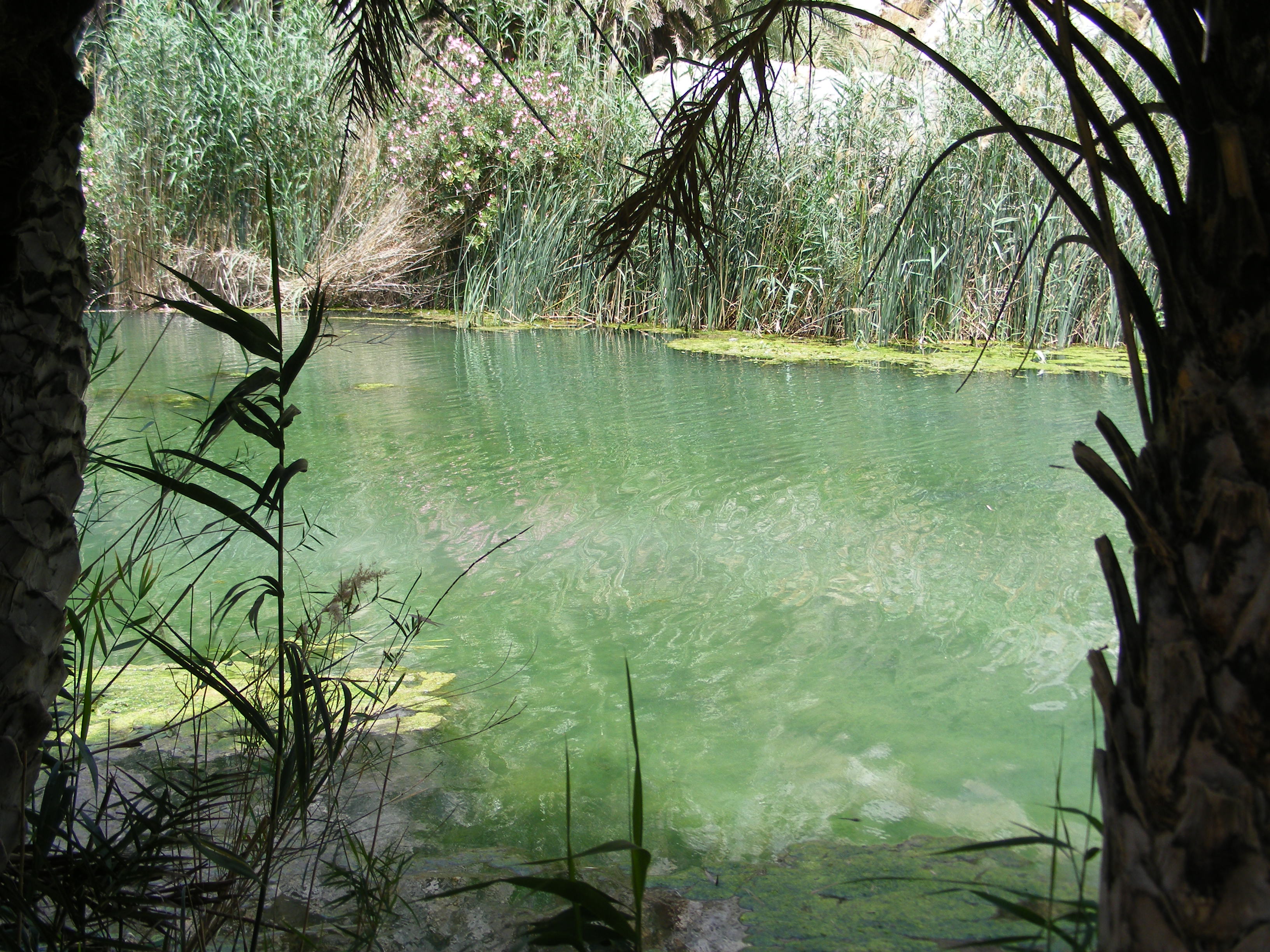 Seven shows how the palms can cling to tiny ledges on the cliffs. 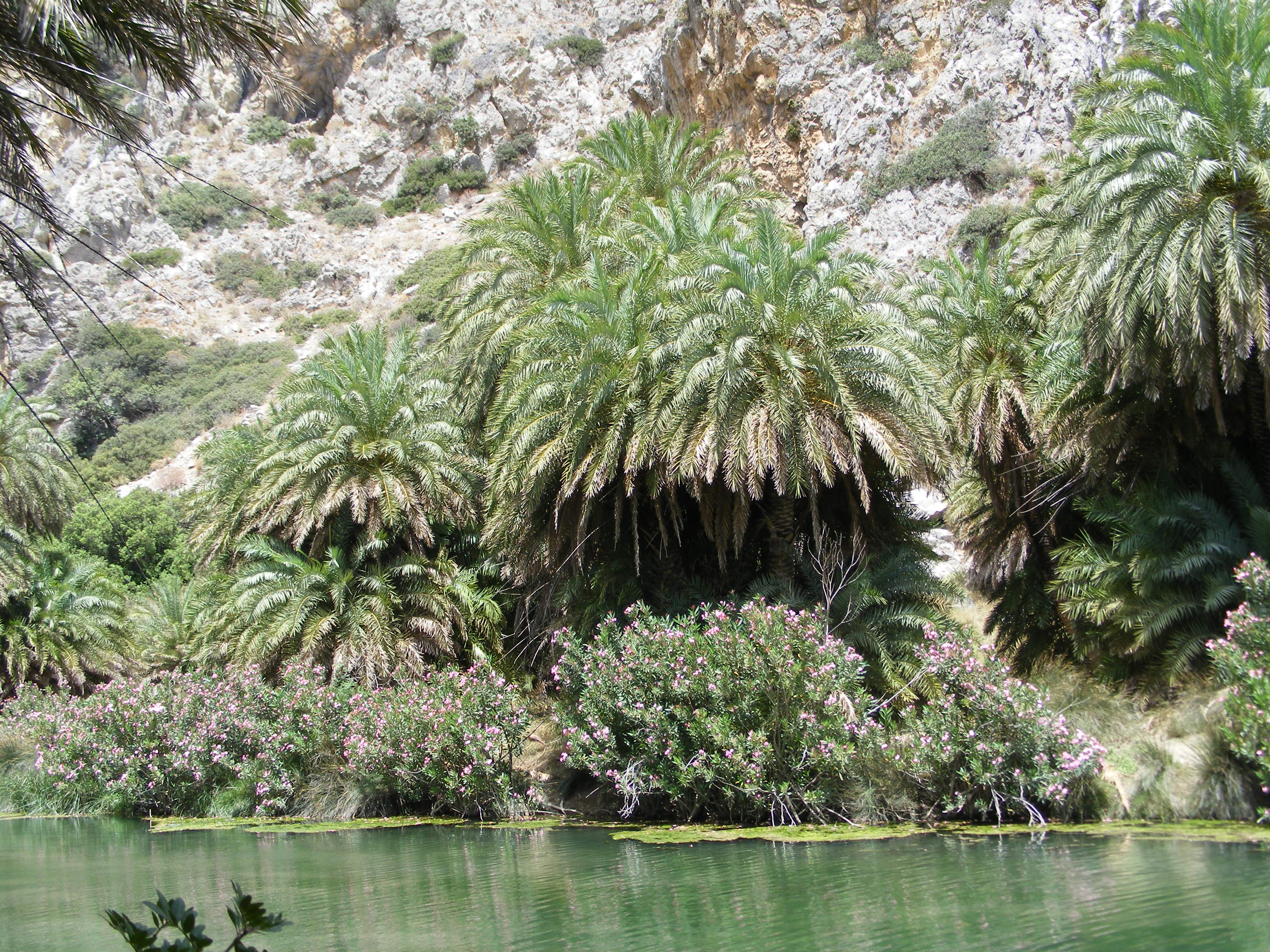 Eight and nine show part of the profusion of flowering shrubs that line parts of the banks. (I cannot identify them.) 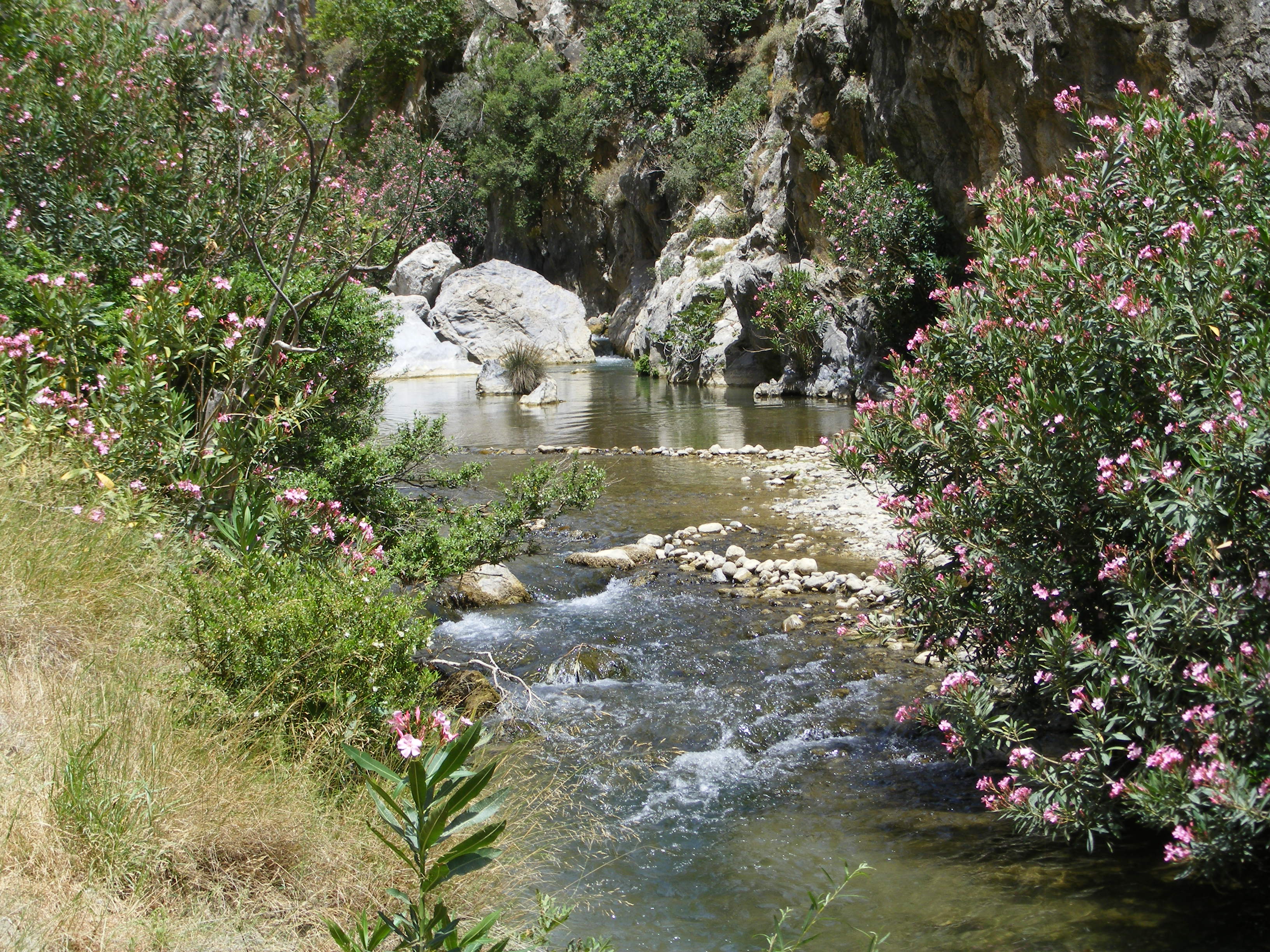 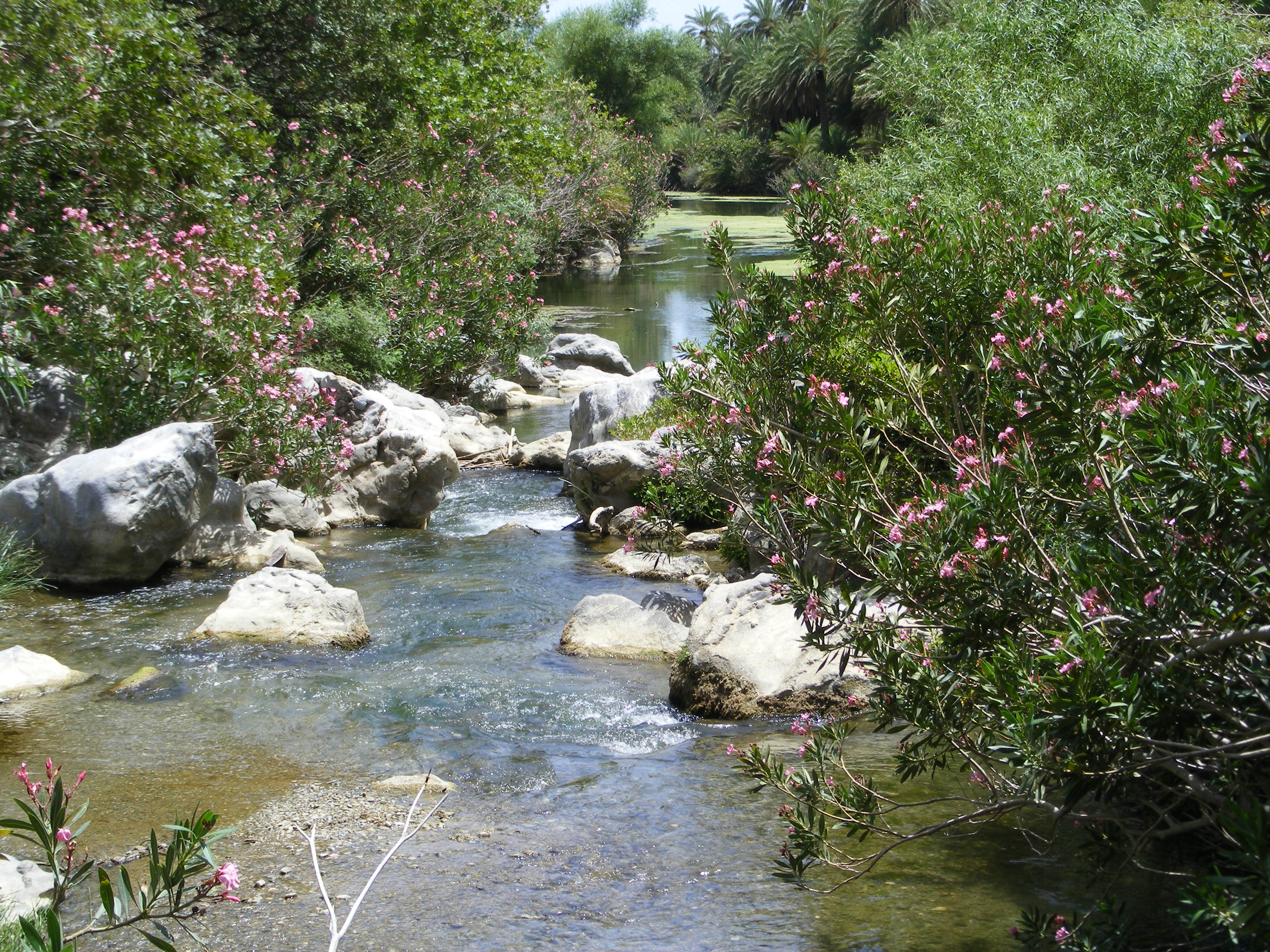 The hilltop in ten is part of the massif, nearly 1000 metres high, that supplies the stream. 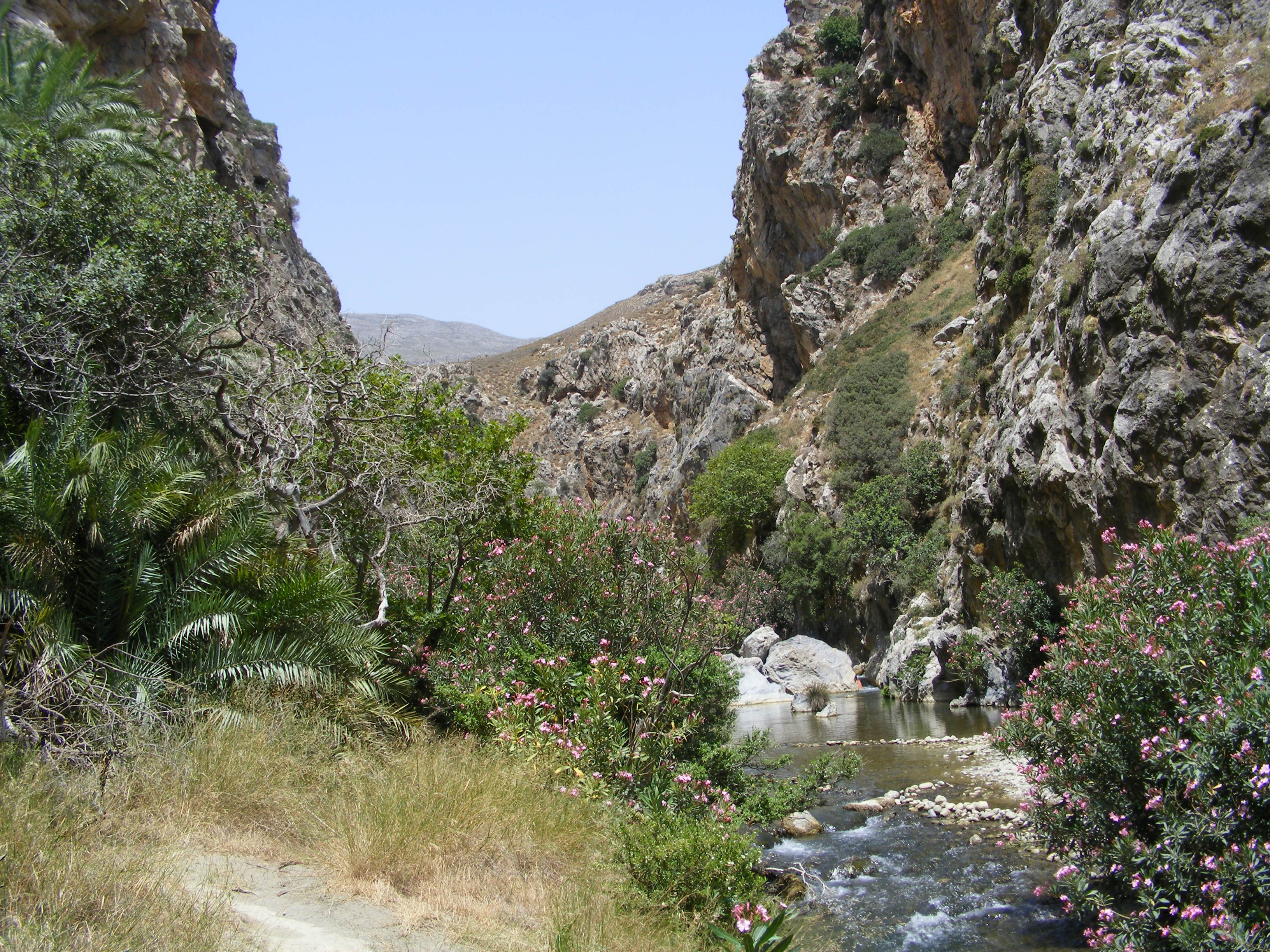 The last photo, looking back as we left, is of the mouth of the gorge and the beach. 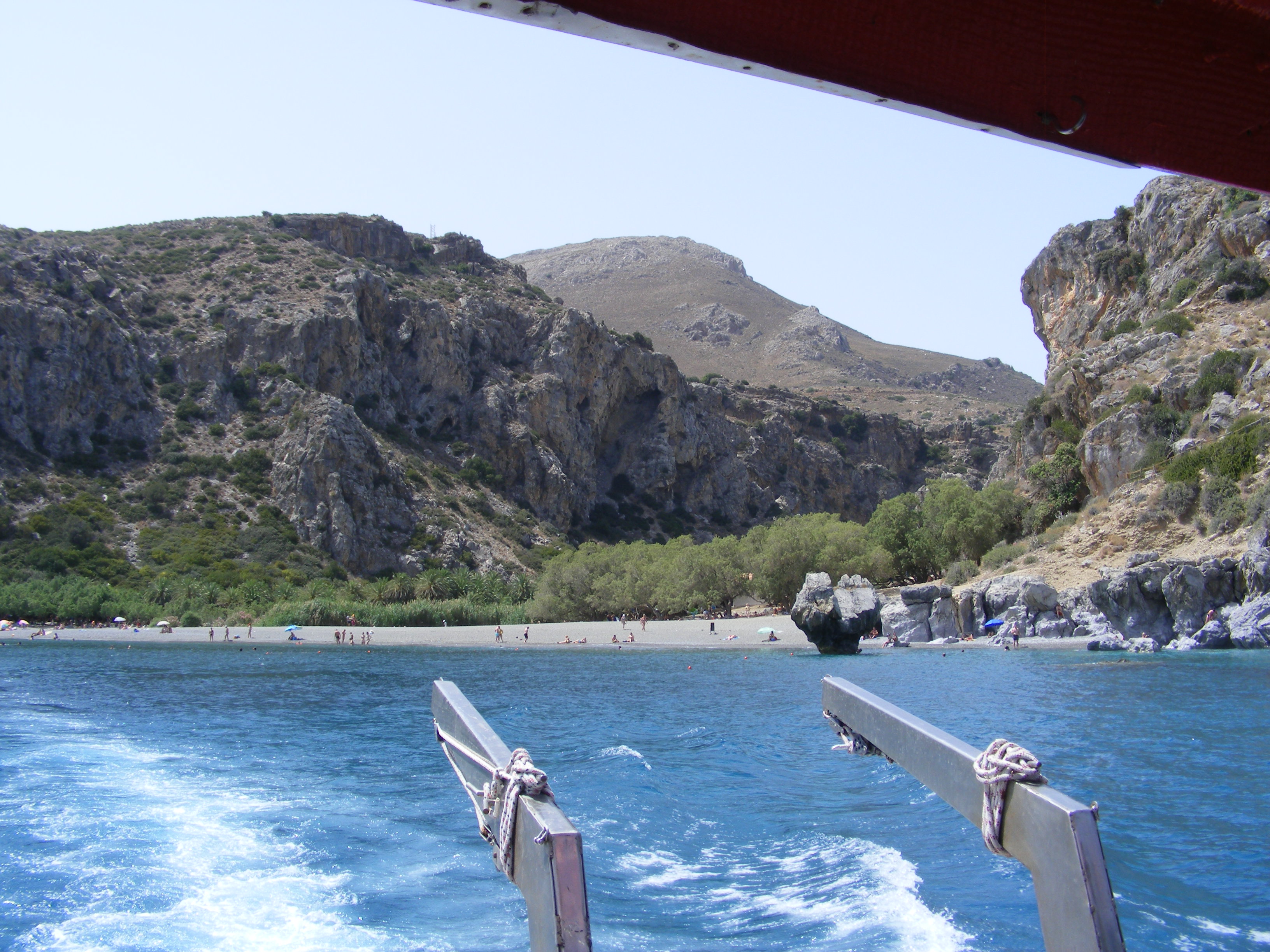