We have two contributions today from regulars: a video from Tara Tanaka (her Vimeo site here and Flickr site here) and one photo (with scientific analysis) from evolutionary ornithologist Bruce Lyon.  First the video from Tara, with her caption:

Last August a Wood Stork that had hatched here two months before took what was probably his first flight. When I first saw him he was on the little island out in our swamp that we’ve dubbed “gator island.” He was sopping wet and shivering, despite it being a hot morning. I think he had landed in the water and must have swam to the island and pulled himself up. I grabbed my digiscoping gear and started filming from the living room – he was about 700’ away. It wasn’t long before not one, but two large alligators saw him and immediately started moving in his direction. The storks are like my children, so I watched in horror as our large female gator moved slowly closer and closer, using vegetation to hide herself. After storks bathe, they walk around with their wings out to dry, occasionally flapping, almost always followed by an adorable tail wag. The gators were taking their time so as to not be discovered, giving the stork time to partially dry. Adrenaline is a magical potion.

All ends up well, though. Be sure to watch the video on full screen with sound on:

Bruce sent a his photo of a dorsal view two mallard drakes, and I have to admit that I hadn’t noticed the pattern he did. But, on the other hand, he’s a trained ornithologist and keen observer of nature. His analysis is indented:

At a local pond yesterday, lots of mallards [Anas platyrhynchos] were dozing on the lawn. When they sleep they show a feature I hadn’t noticed before—their backs are jet black and velvety—almost like a black hole where no light escapes. The tan scapular feathers (side of upper back) and tertials (wing feathers lower down) frame the back and make the effect even more striking. It is interesting that the curlicue black feather over the rump is at the end of this black stripe. I had not noticed this pattern when viewing the birds from the side. The photo below shows this for one male and since he was alert even here the effect was muted compared to when they are sleeping.

In your readings about the birds have you come across any discussion of this pattern? I am increasingly convinced that a lot of male sexual signals are shaped by their effects on female sensory systems so I suspect there is an element of such ‘signal design’ here.

Actually, I haven’t read that much about ducks; I get what little knowledge I have from farming them. But this is a very striking pattern! Can there even be a blacker black?  Does this have anything to do with sexual selection? Who knows? 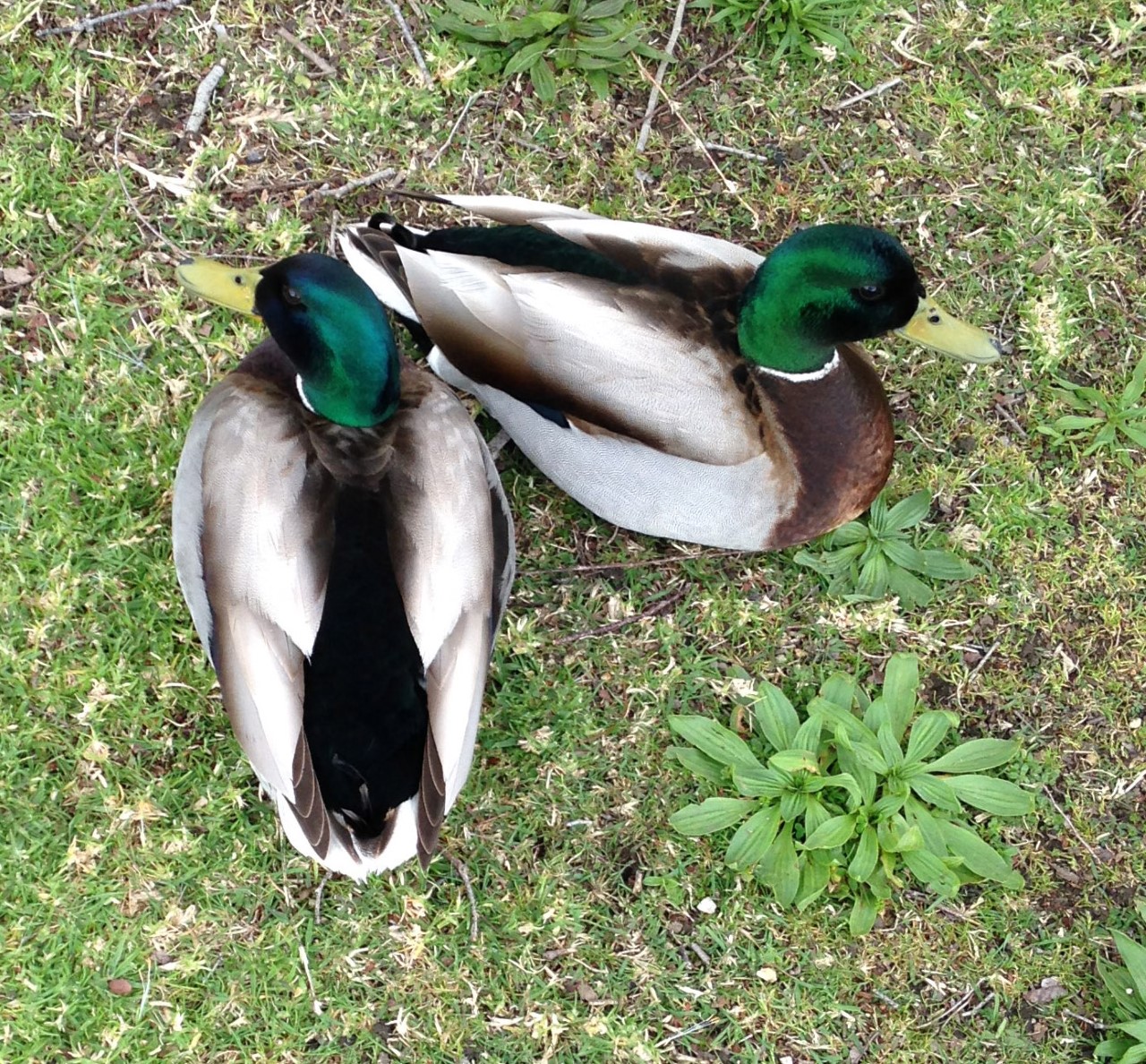