Finally, it’s National Buzzard Day (remember: a buzzard is not a vulture), and, as I said, World Water Day, a UN holiday celebrating the importance of freshwater and the need to buy as much of it as you can in plastic bottles (only kidding about the last bit).

Yesterday at 5 p.m. the City of Chicago, and the rest of Illinois, went on “lockdown”, with no gatherings permitted, most stores closed except for pharmacies, banks, and grocery stores, as well as restaurants. Fortunately, my favorite wine store is still open, but for curbside pickup only. You have to order online, show up at the store, calling when you arrive, and then popping your trunk so that they can put the wine cases in while keeping the “social distance”.. It’s onerous, but worth it for vino. And, of course, I can feed my ducks!

Here are Honey and Dorothy, who are inseparable (Dorothy may be her offspring from last year, but who knows?). By now you should be able to recognize which one is Honey. Can you? 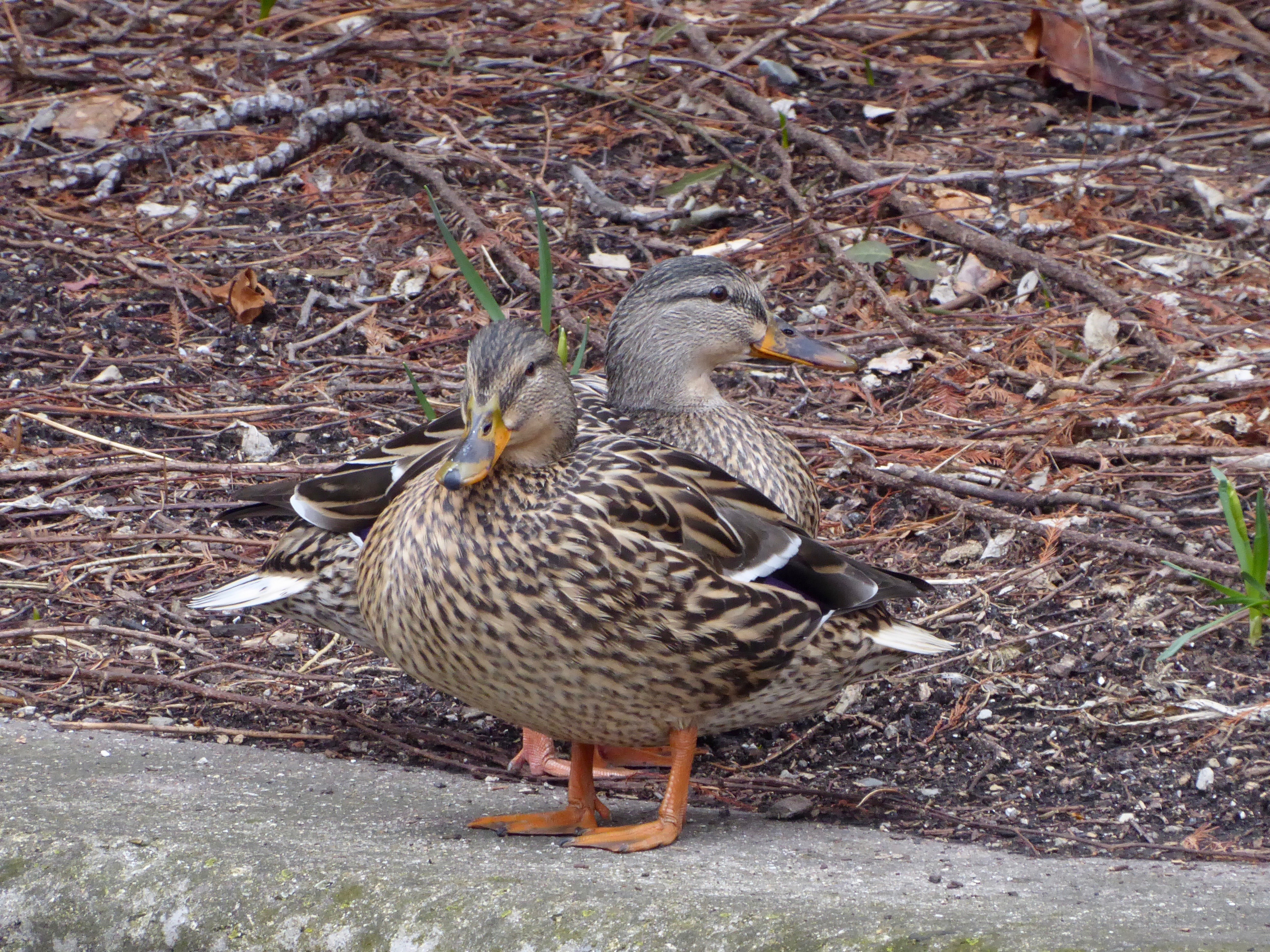 Stuff that happened on March 22 includes:

This is confusing because Wikipedia also says that Pu Yi (protagonist of the movie “The Last Emperor”) was the real last Emperor of China, becoming emperor at age two and reigning briefly in 1917.  This is another example of where Wikipedia needs correction. We all await that when Greg publishes his definitive post, “What’s the matter with Wikipedia?”

Here’s part of that patent. Shawlow won the Nobel Prize for Physics in 1981, along with two others (not Townes) for using lasers to determine the energy levels of atoms: 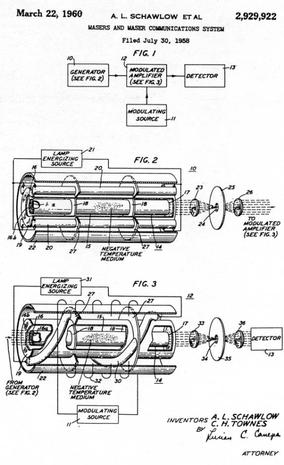 The deadline for ratification was in 1979, with 4 states needed for ratification. But three states rescinded their assent, and the deadline was extended to 1982. That deadline expired without any more states signing on, but since then three more states (Virginia, Nevada, and Illinois) have voted to ratify the ERA. Because of the revocations and debates about their legality, the ERA remains in limbo, which is a damn travesty, if you ask me.

Here’s an ABC news report of Wallenda’s fall (note: don’t watch if you don’t want to see him fall off the rope). He was 73 when he died, and said that the only time he ever felt alive was on the high wire.

I remember watching this, and now Lipinski (a skating commentator for television) is 37.  Here’s her prize-winning performancein 1997:

Here’s a van Dyck portrat of James Stuart, the Duke of Richmond and Lennox with his cat. This was painted some time between 1633 and 1635: 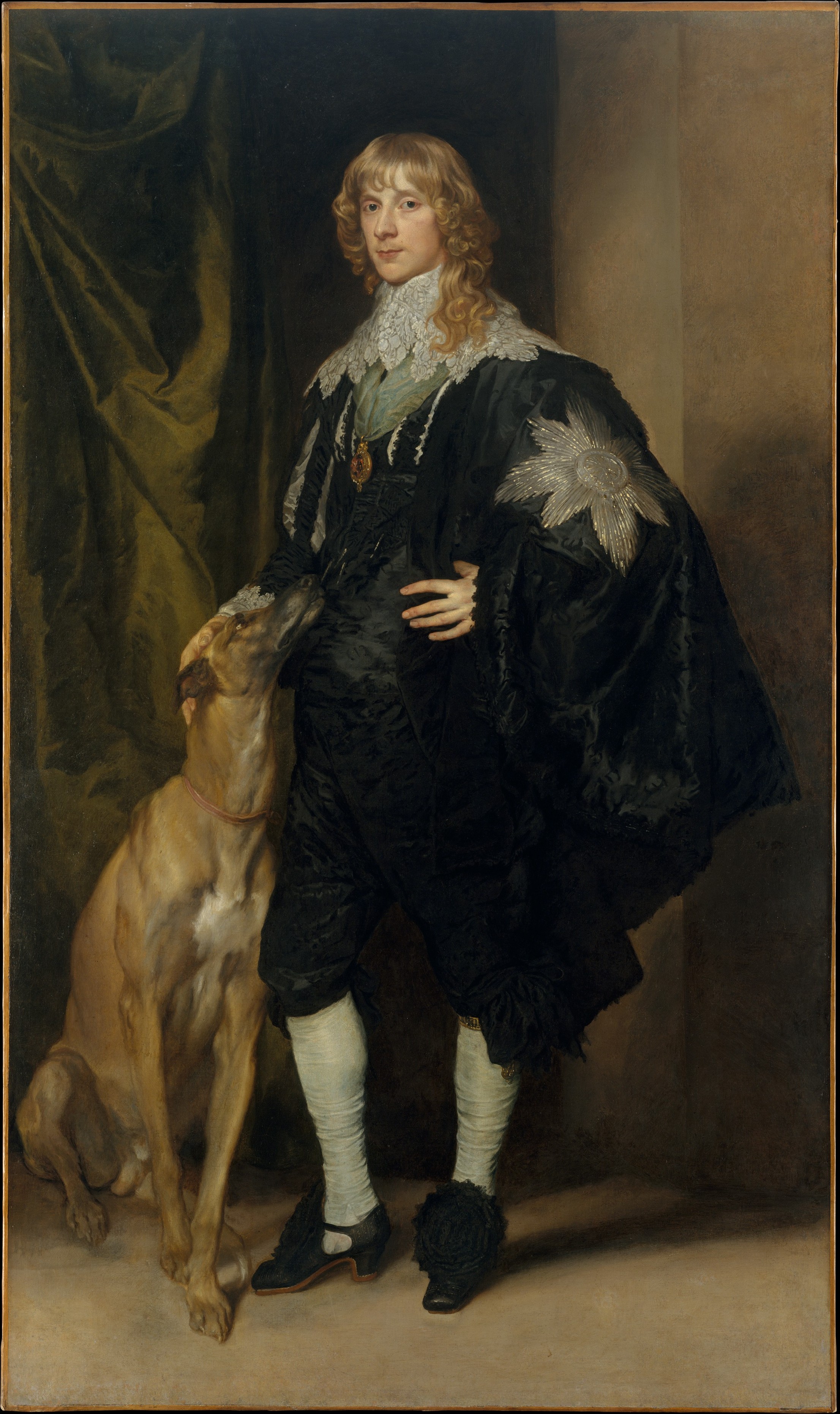 Those who became kaput on March 22 include:

Meanwhile in Dobrzyn, spring has begun and, unfortunately, Hili is watching the birds:

Hili: The birds have started to build their nests.
A: How do you know?
Hili: They are flying around with grass in their beaks. 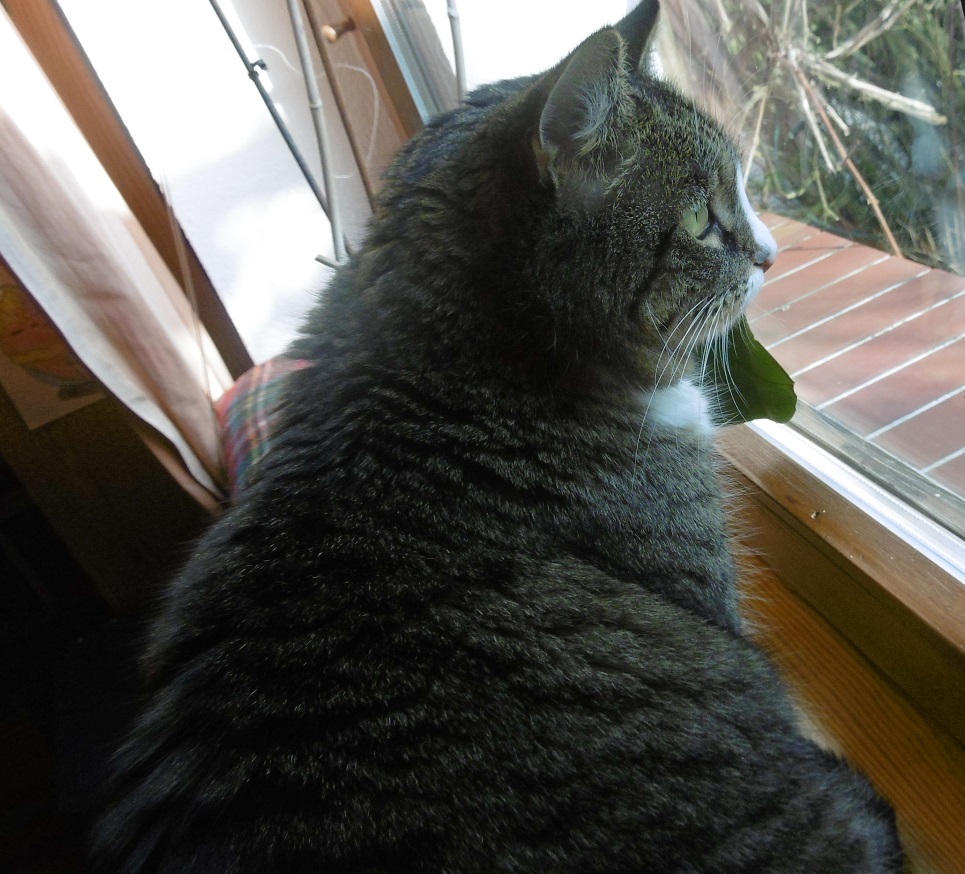 Here’s the latest photo of Szaron, who is getting ever tamer. (And yesterday a feral black cat showed up, ate some food, and fled.) 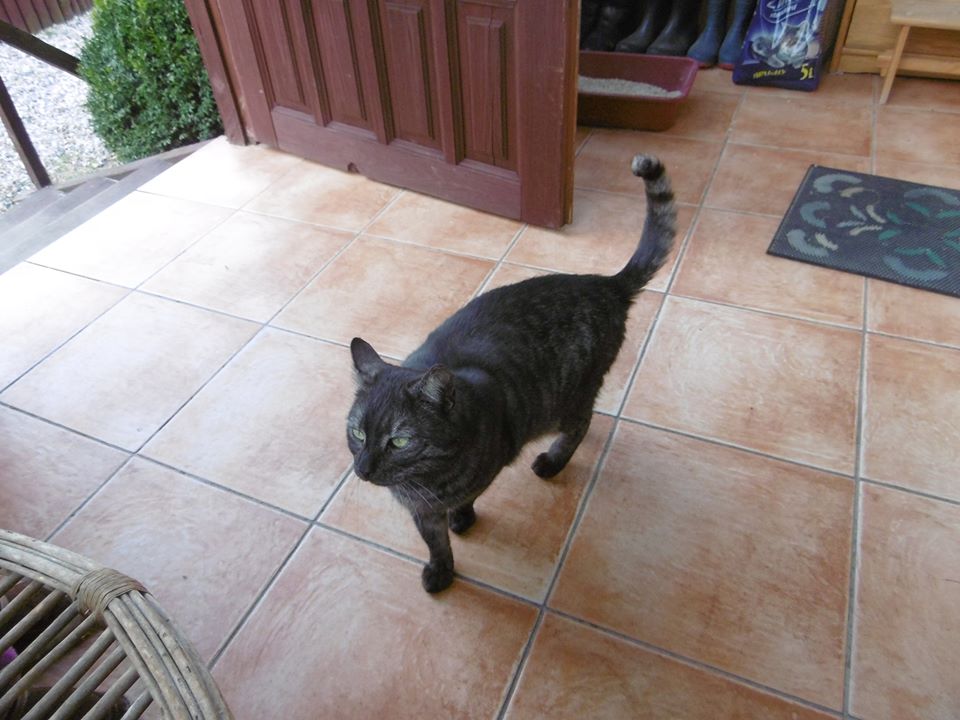 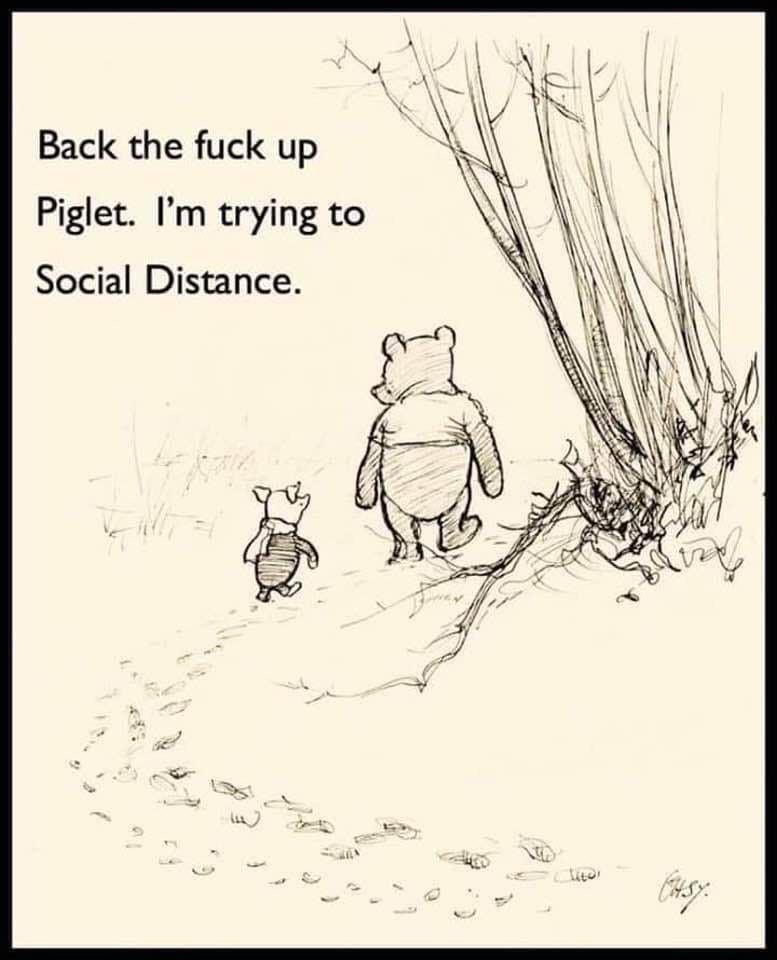 From the Celts Facebook page, a thrifty Scot (h/t: Moto). The goods are conveniently located, too: 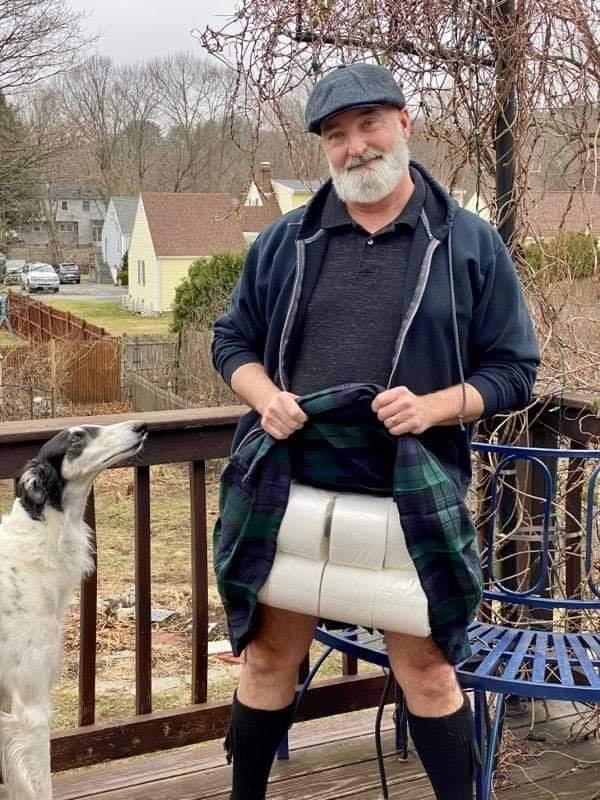 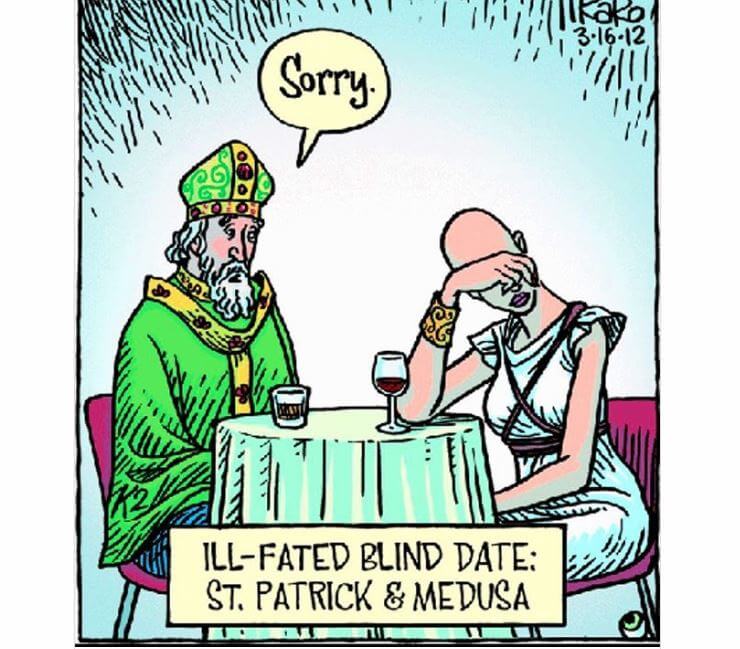 Titania has a new poem about the pandemic, and it disses science. She can’t help it, being woke:

For #InternationalPoetryDay, I have composed this new masterpiece.

We shall defeat the coronavirus through the power of verse.

Two tweets from Heather Hastie via Ann German. This first video has had wide circulation, so I didn’t post it earlier. But I suppose I should put it somewhere, as it’s good. So here it is for the record:

This satire video is more useful for explaining the #coronapocolypse than Trump's public health disinformation.#StayTheFHome friends.pic.twitter.com/Wb9BBX7fEH

This, too, is brilliant. Does anybody recognize what they’re playing?

Tweets from Matthew. This first one is a strong contender for TWEET OF THE YEAR:

I can finally take my hamster out to a proper dinner! 😋

Steve Martin plays the banjo to ease the pain of self-isolation:

Senegal banned public gathering including at mosques.
Hundreds of worshippers took to the streets in protest ignoring the ban after an imam was arrested. Meanwhile the number of Covid-19 infections jumped to 47. pic.twitter.com/xHqcf1mc2F

Now this must be worth a lot: a watch set into an emerald!

'Watch set into a single Colombian emerald crystal, circa 1600; the watch is part of the Cheapside Hoard, a cache of jewels and jewelry buried since the Great Fire of London in 1666 and rediscovered in 1912'https://t.co/PYTAnt3Agn pic.twitter.com/0egYXm056o

Perhaps we’ve heard these so often that we’ve become inured to their beauty. Sound on, please.

An unexpected spandrel of the pandemic:

Just in case quarantined Paris wasn’t disorientating enough: my neighbourhood was being used as a film set when the lockdown hit. Now the whole block has been left frozen in 1941 pic.twitter.com/TOPHuX5agT