Good morning on Wednesday, March 11, 2020, National “Eat Your Noodles” Day. Why the scare quotes? Are we only supposed to pretend to eat noodles? Or are we restricted from eating other people’s noodles? Who knows—and who cares—but these scare quotes have to go. See more of them at The “Blog” of “Unnecessary” Quotation Marks (sadly, the “blog” went “silent” over three years ago. Here are two examples: 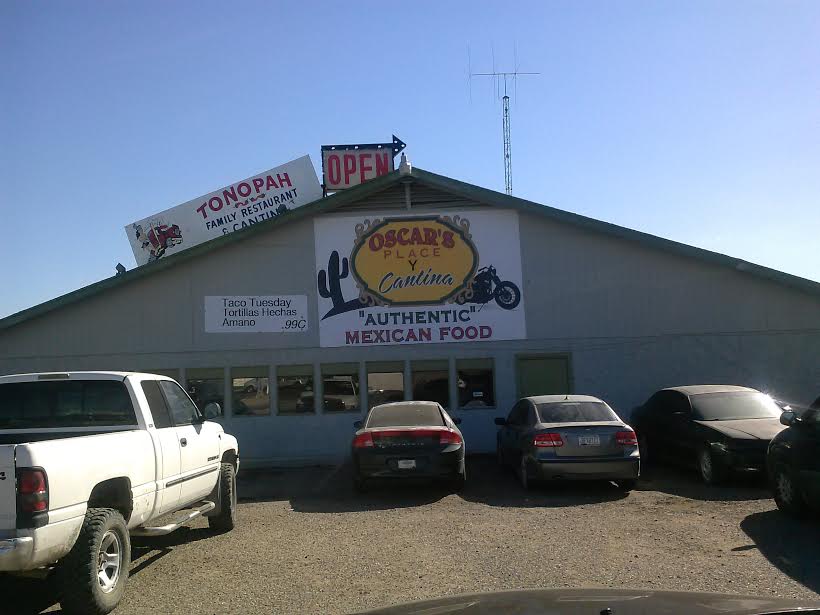 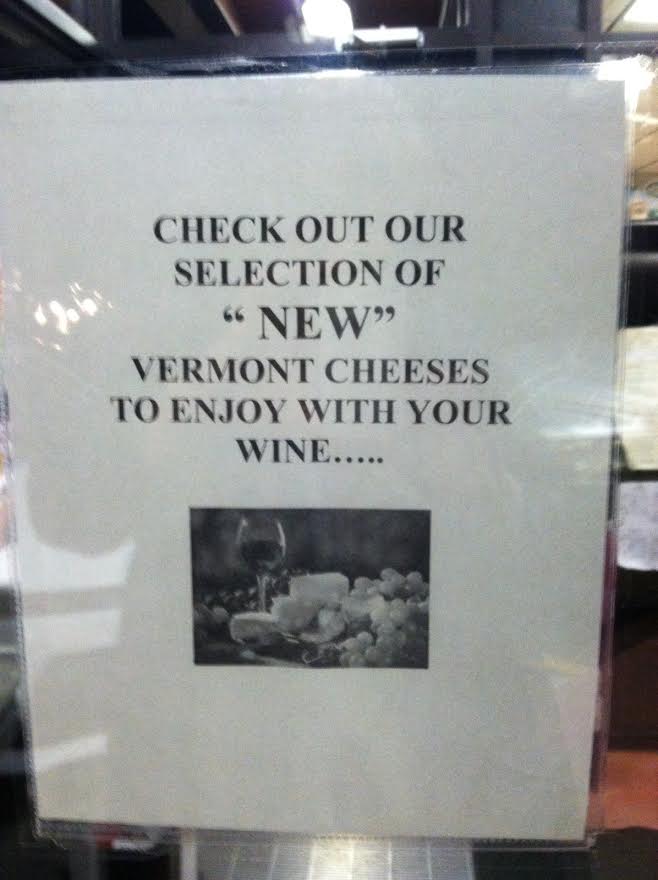 When will they ever learn?

It’s also Oatmeal Nut Waffles Day (who thought that one up?), Johnny Appleseed Day, celebrating the life of the planter John Chapman, who, curiously, was neither born nor died on this day. It’s also Debunking Day (here’s mine: anthropogenic global warming is not a hoax), and World Plumbing Day, in which you should take time to appreciate your fixtures and modern plumbing.

The big news of the day (in America): There were Democratic primaries in six states yesterday, and Biden won four of them, including the critical swing state of Michigan (the others were Missouri, Mississippi, and Idaho. Biden got 53% of the vote in Michigan; Sanders only 37%.  Bernie picked up two states: North Dakota and Washington. The total delegate count is 883 for Biden and 663 for Sanders. It looks as if The Bern has been extinguished. Curiously, Sanders didn’t address his supporters at the end of the day. I’m hoping that, if Biden is the nominee, Sanders supporters won’t stay home on Election Day out of petulance. We have too much to lose. After all, I’d vote for Sanders with alacrity if he was the nominee (and, I suppose, he still could be, though it’s looking unlikely).

We’ll have a discussion of the elections, should you care to weigh in, in about an hour.

Meanwhile in Manchester, Matthew has recovered from his lurgy and is back on the picket line taking selfies (he’s front left): 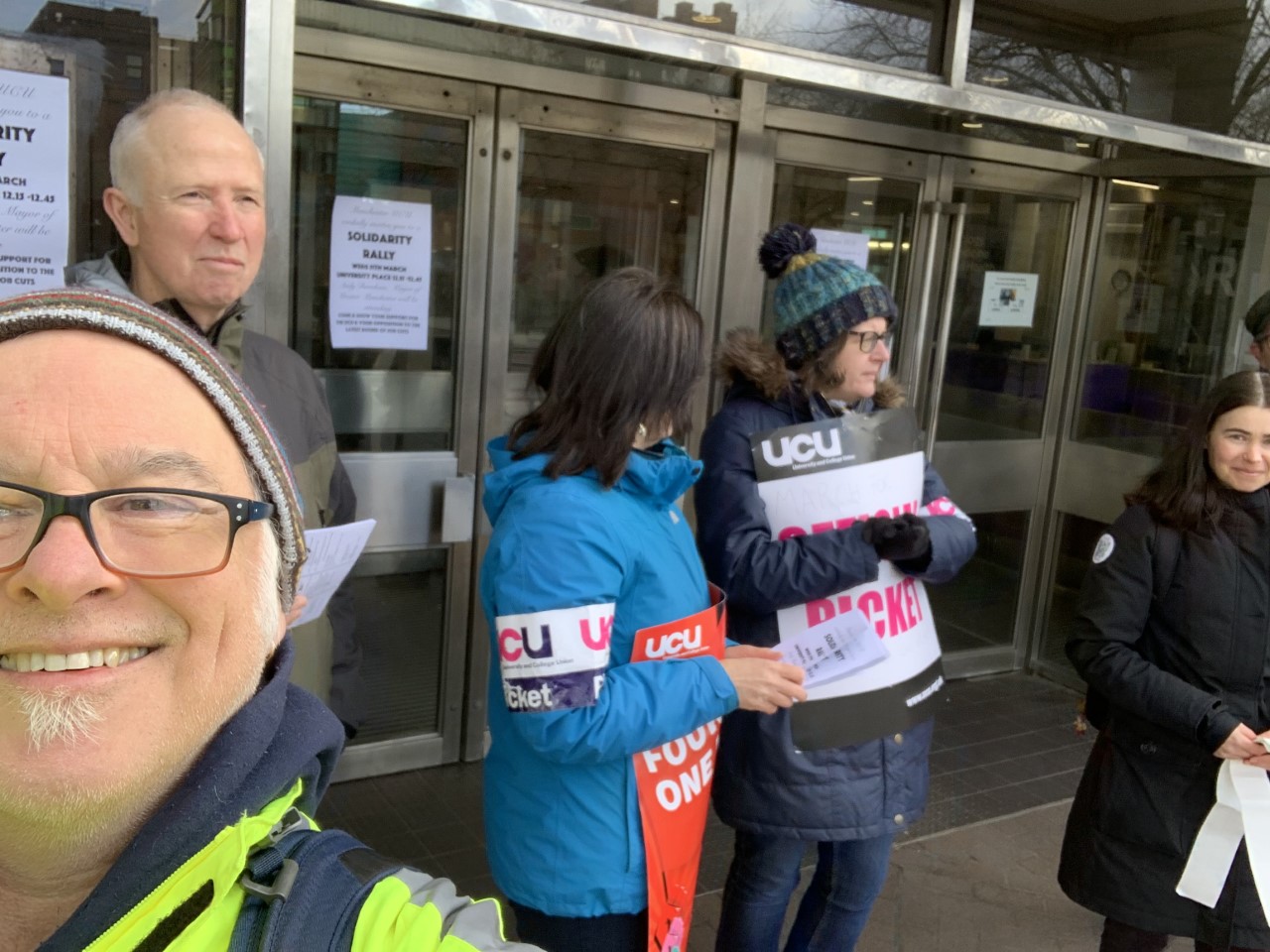 Stuff that happened on March 11 includes: 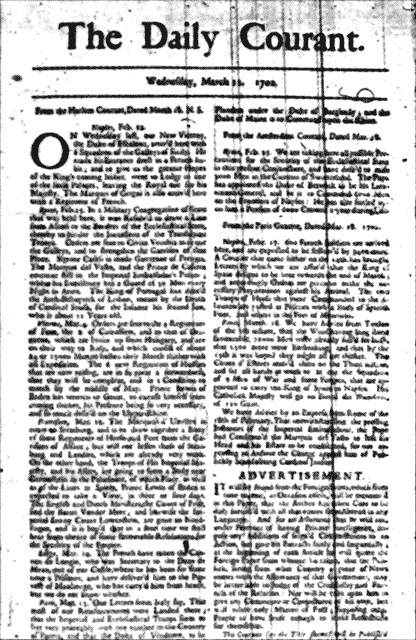 Here’s a short video of Höss testifying at the Nuremberg trials in 1946. He was hanged at Auschwitz the next year.

A photo of Höss mounting the gallows. He finally admitted his crimes, which included supervising the execution of half a million people, right before he died: 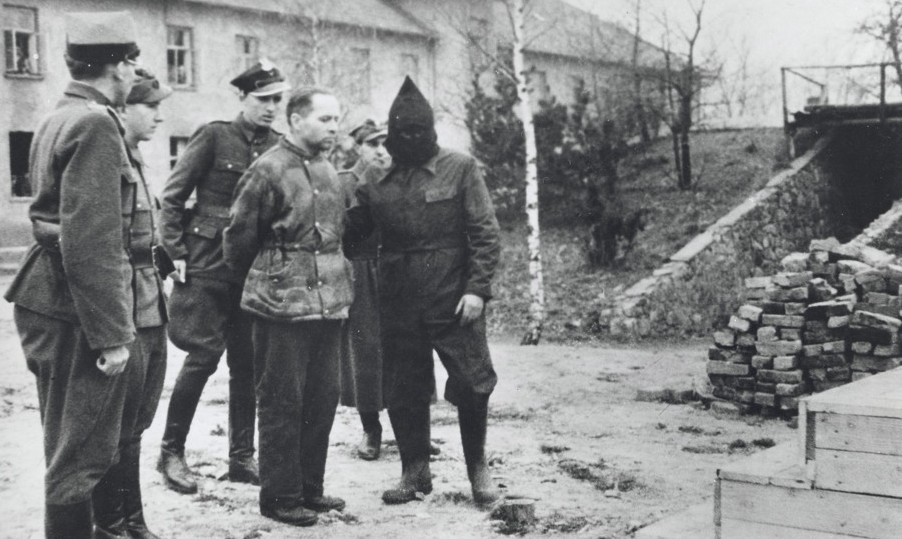 Shemp’s real name was Samuel Horowitz, and he was the brother of Moe Howard (real name: Moses Horowitz), another of the Three Stooges. Remember Shemp? Here’s a photo from Rotten Tomatoes, and a few fun Shemp Facts from Wikipedia:

Shemp used his somewhat homely appearance for comic effect, often mugging grotesquely or allowing his hair to fall in disarray. He even played along with a publicity stunt that named him “The Ugliest Man in Hollywood”. (“I’m hideous,” he explained to reporters.) Notoriously phobic, his fears included airplanes, automobiles, dogs and water. According to Moe’s autobiography, Shemp was involved in a driving accident as a teenager and never obtained a driver’s license. 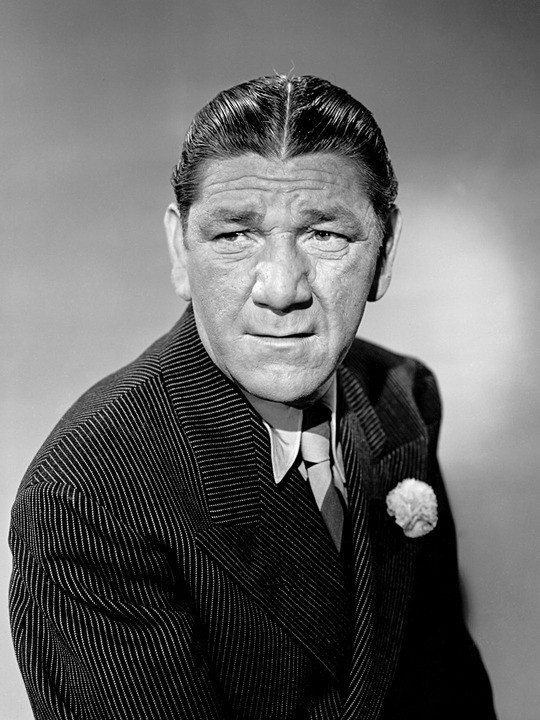 Those who achieved mortality on March 11 include:

Hili: I feel the smell of spring.
A: A flower is coming up?
Hili: No, alien cats are marking my territory. 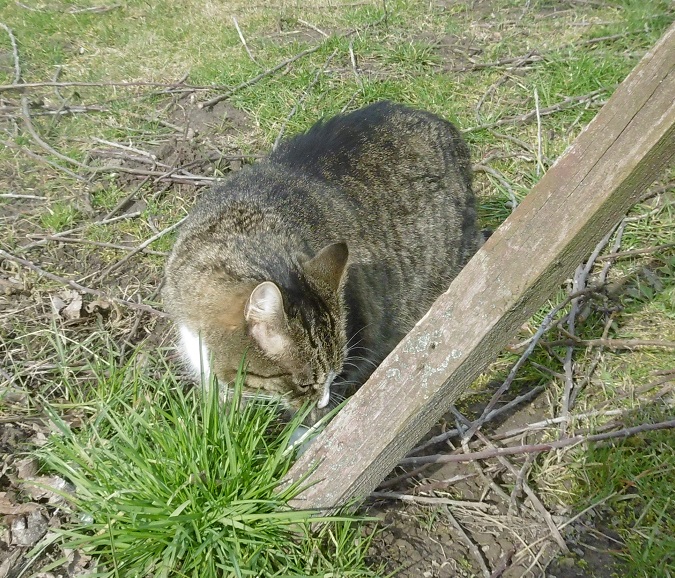 Here’s a new picture of Szaron. The two visits to the vet scared him so he doesn’t like going inside, though he still jumps in laps on the veranda and gets petted. I think he’s an unusual color for a tabby: much darker gray than most gray tabbies, with a lot of black. 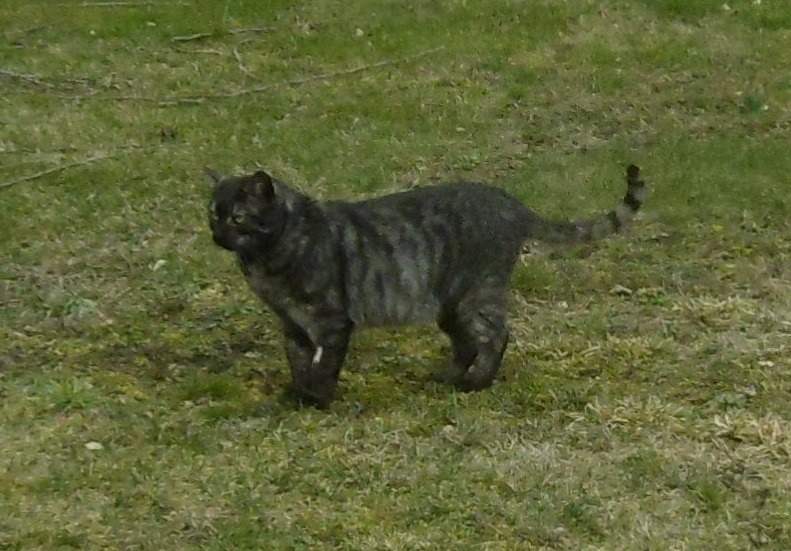 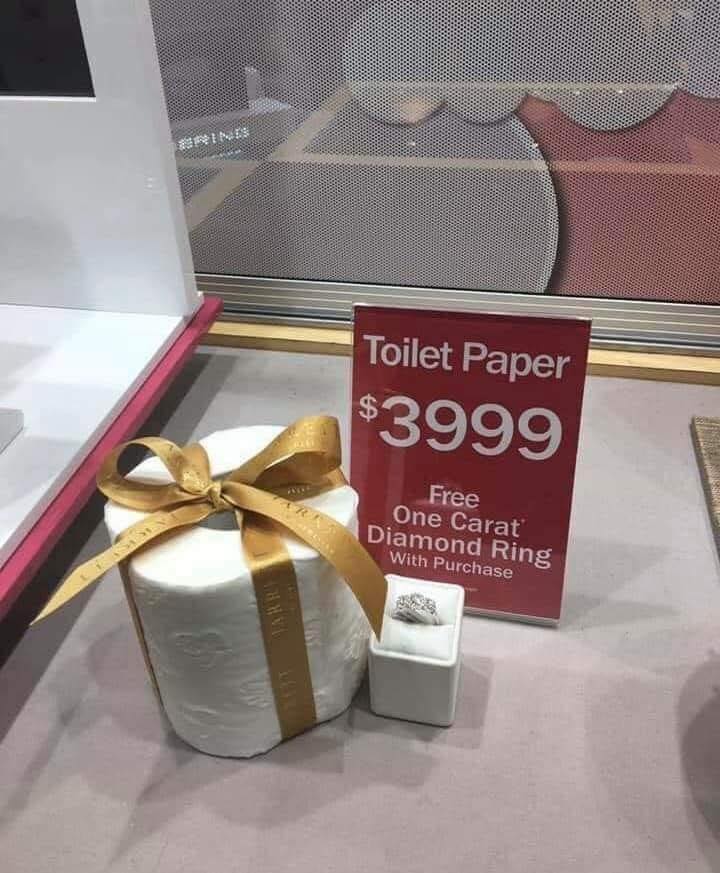 And Doc Bill posted this one: 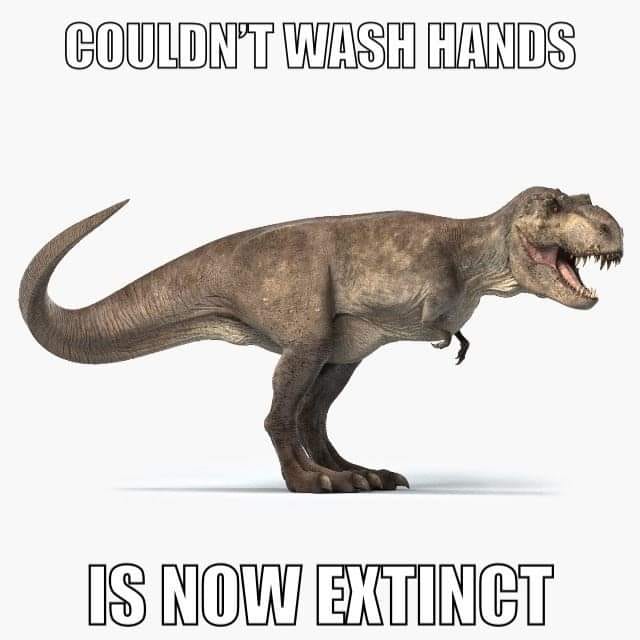 From Wild and Wonderful with the caption “Nature is amazing.” Indeed. If this isn’t mimicry of vertebrate eyes that works by startling predators, I’ll eat my hat (I don’t wear hats). There is some controversy about the adaptive significance of these markings, which are widely distributed in Lepidoptera. But the fact that the patterns are flashed by opening the wings when a predator approaches suggests that they did evolve by deterring predation. 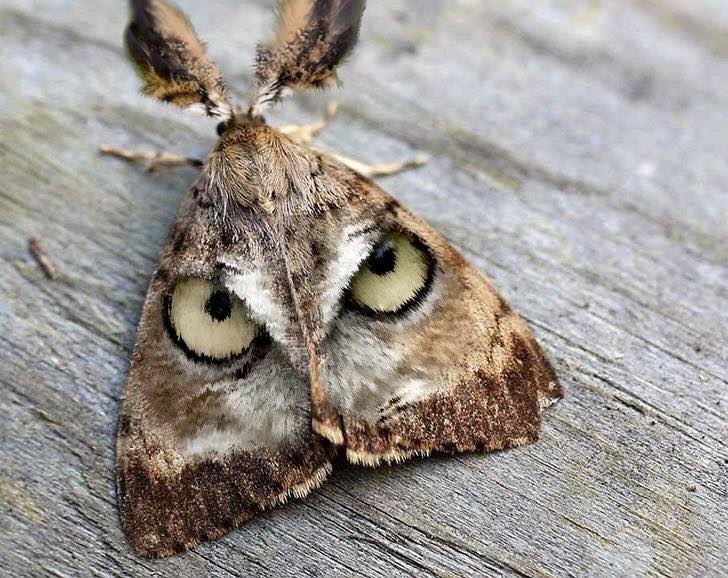 Below, a scary tweet from Luana, and this is not a joke. Further, there’s not a Jew among them, as far as I know.  Beside the three members of the “squad”, all of whom support the anti-Semitic BDS movement, we also have Congresswoman Betty McCollum, called the “strongest critic of Israel in Congress” and who has falsely accused Israel of torturing Palestinian children.

Joining her is Representative Pramila Jayapal, and here’s one thing Wikipedia notes about her:

Finally, we have Congressman Marc Pocan, who joined Jayapal and others in voting “no” for HR 246.

If you think Israel has a right to exist at all, these people are your enemies. And what Jewish Voice for Peace should really be called is “‘Progressives for the Destruction of Israel.”

JVP Action is thrilled to announce our first group of endorsements. This slate is our pledge to back and champion the representatives in Congress who are fighting for justice, accountability, equality and freedom for both Palestinians and Israelis. https://t.co/v0kymki9CO pic.twitter.com/pKvclyzNPi

On the lighter side, Dom found a video of a cat playing a theramin. These would be great cat toys if a.) they didn’t cost so much, and b.) the noise would be disturbing:

Always here for a cat playing a theremin. pic.twitter.com/GiDqP7TkPa

Barry found this painful tweet, and captioned it, “But seriously–WTF?”

Sound up on this one, please. It this Ceiling Cat investigating His creation, or simply a mouse’s eye view?

Finally, a cat that’s lacking some of its senses: