May I bore you with a few pictures of my ducks? I’ve stopped feeding every duck save Honey, who gets a full meal, and a few of the hens, who get a light snack.

It’s easy to identify Honey from her bill markings, but also from her behavior. She’s by far the most aggressive duck on the pond, and if I toss food beside her on the lawn, or into the water, no duck—hen or drake—can get away with eating it. She’s aggressive and pecks strongly at those who try. This morning, when I gave her a full breakfast on the lawn, the feathers were literally flying as she nipped at the interlopers.

I don’t enjoy depriving the other ducks of food, but this is necessary to keep the pond from being overcrowded and to reduce aggression.

We still have 8 hens and about 11 drakes at the pond, but I hope that will diminish. (Update: at lunch there were only six drakes and five hens.)

In the meantime, enjoy the drakes in their full breeding plumage. “Pick me! Look how green my head is! And how yellow my bill!” 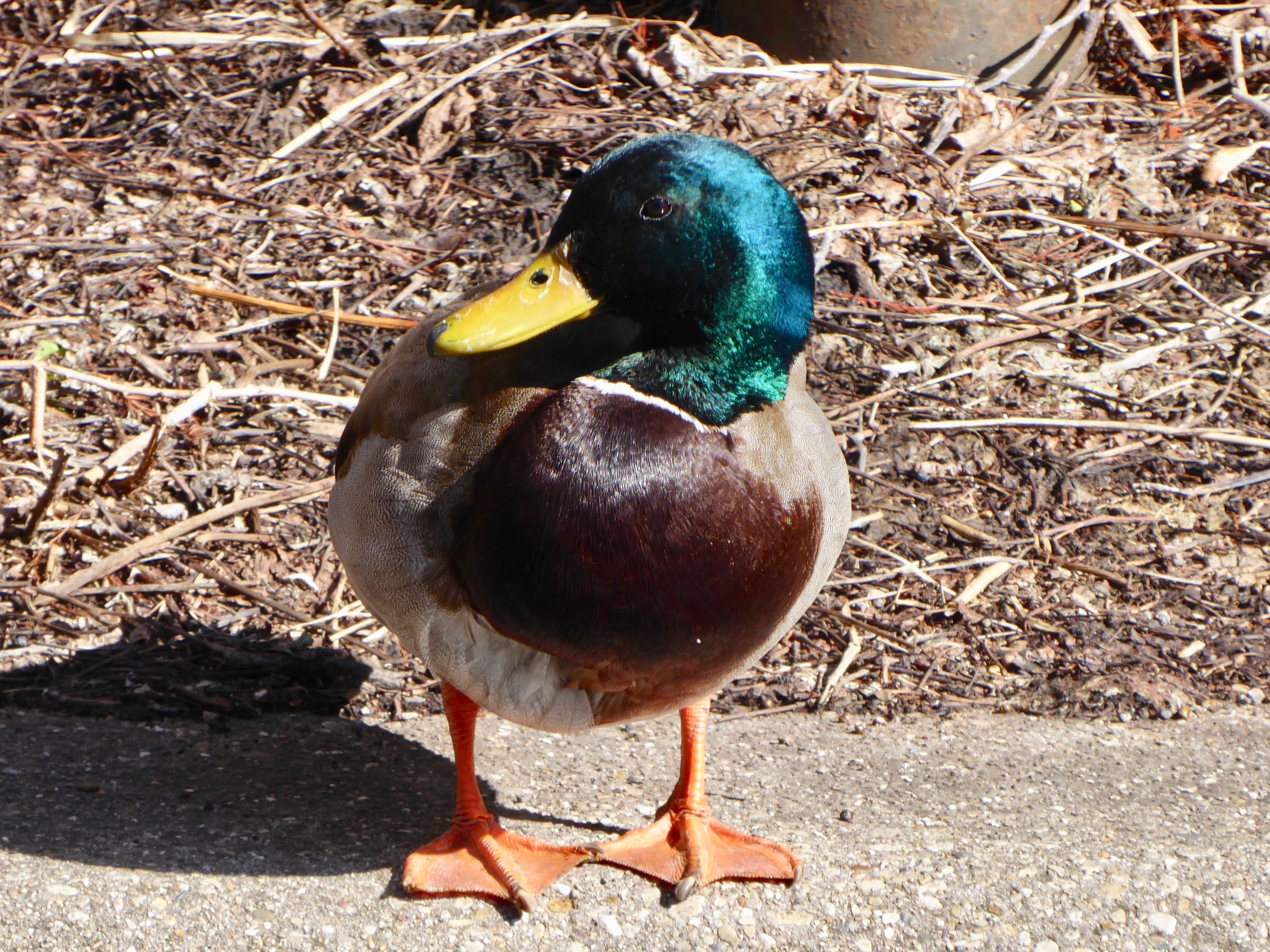 A sleepy drake floating around. . . 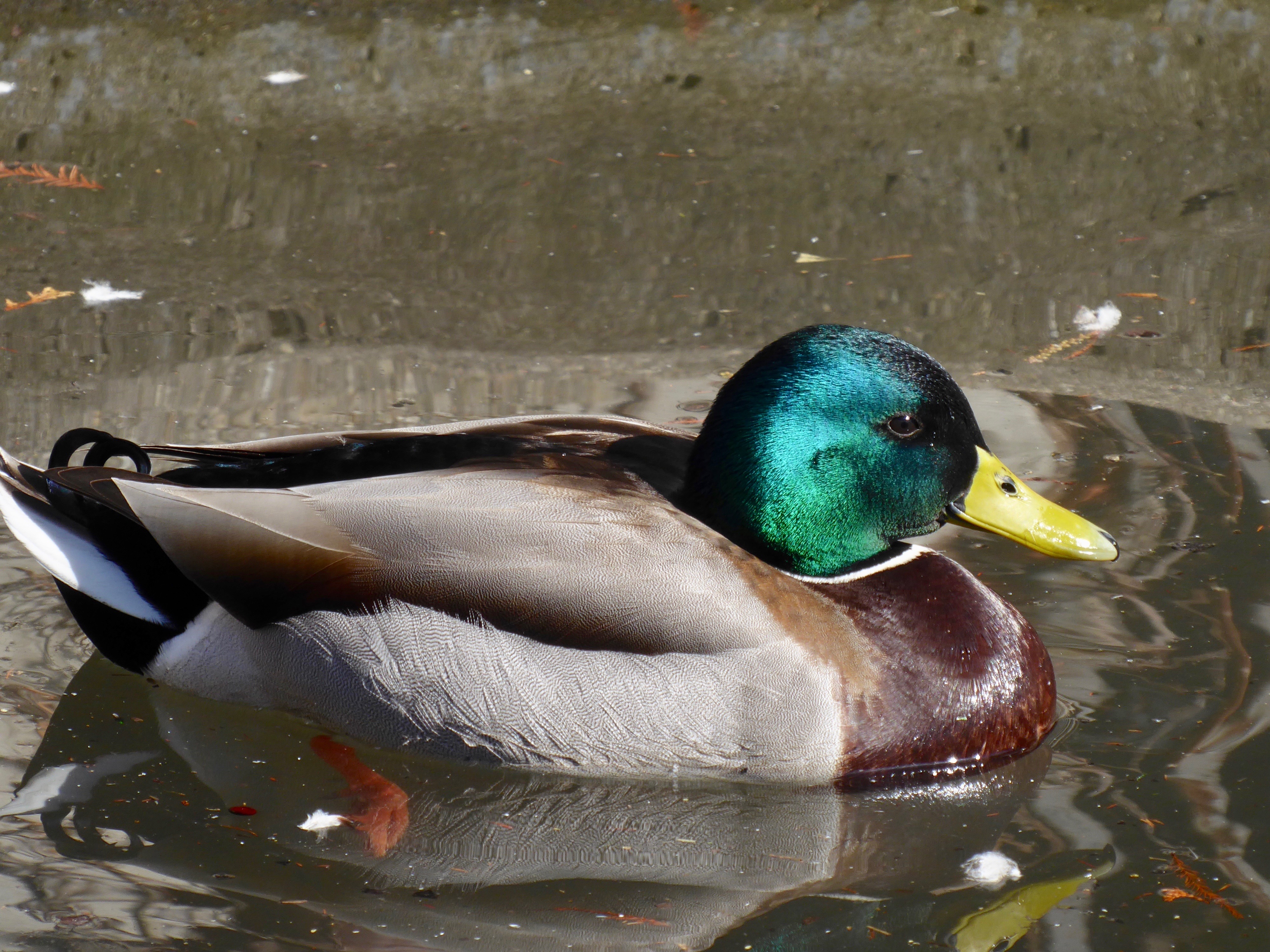 . . . and closing its eyes; you can see the nictitating membrane: 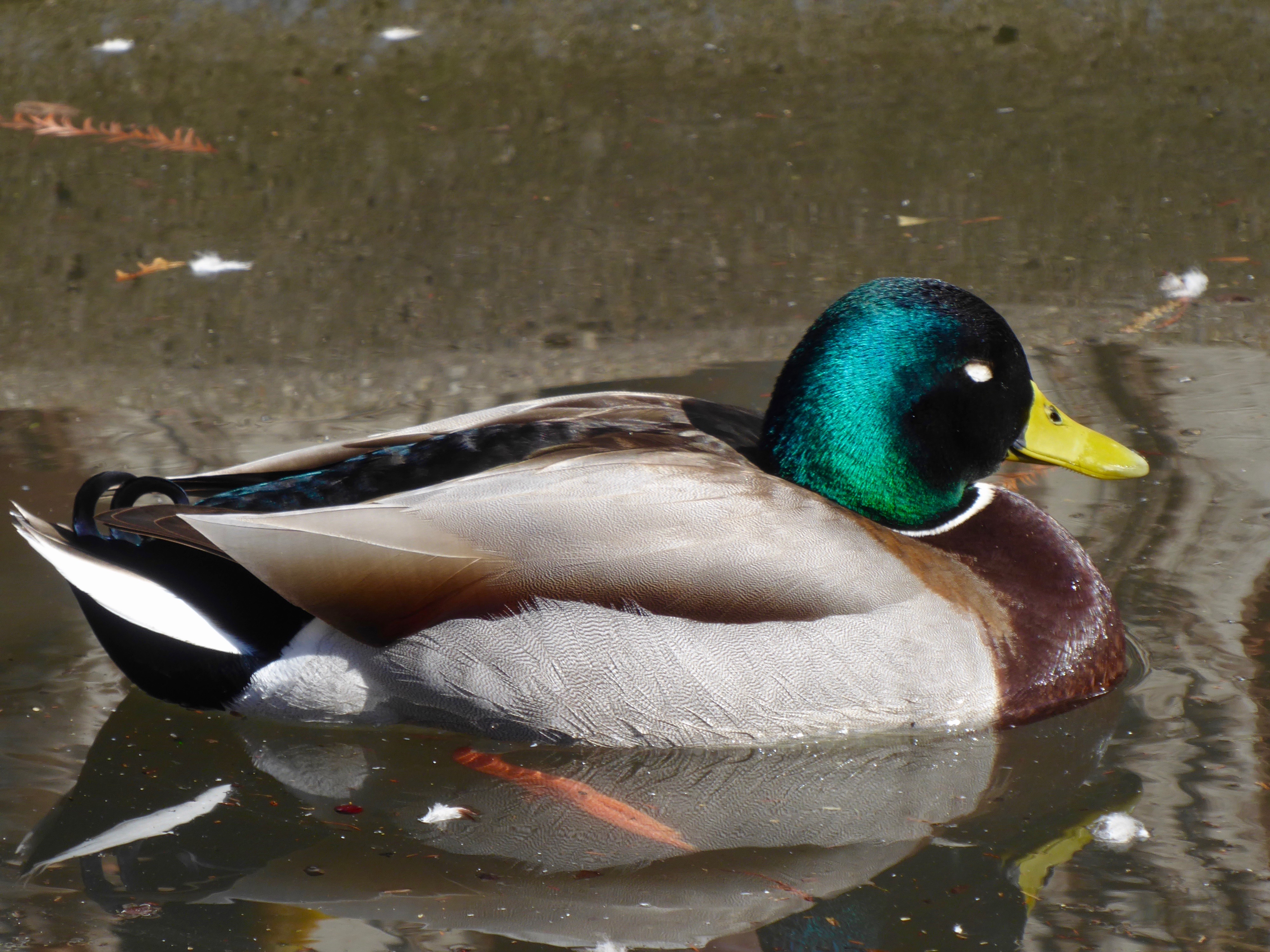 And. . . heeeee’res the Queen of the Pond. You can see both sides of her bill in the following three pictures, with the distinctive “upside-down U” on the left side of her bill, 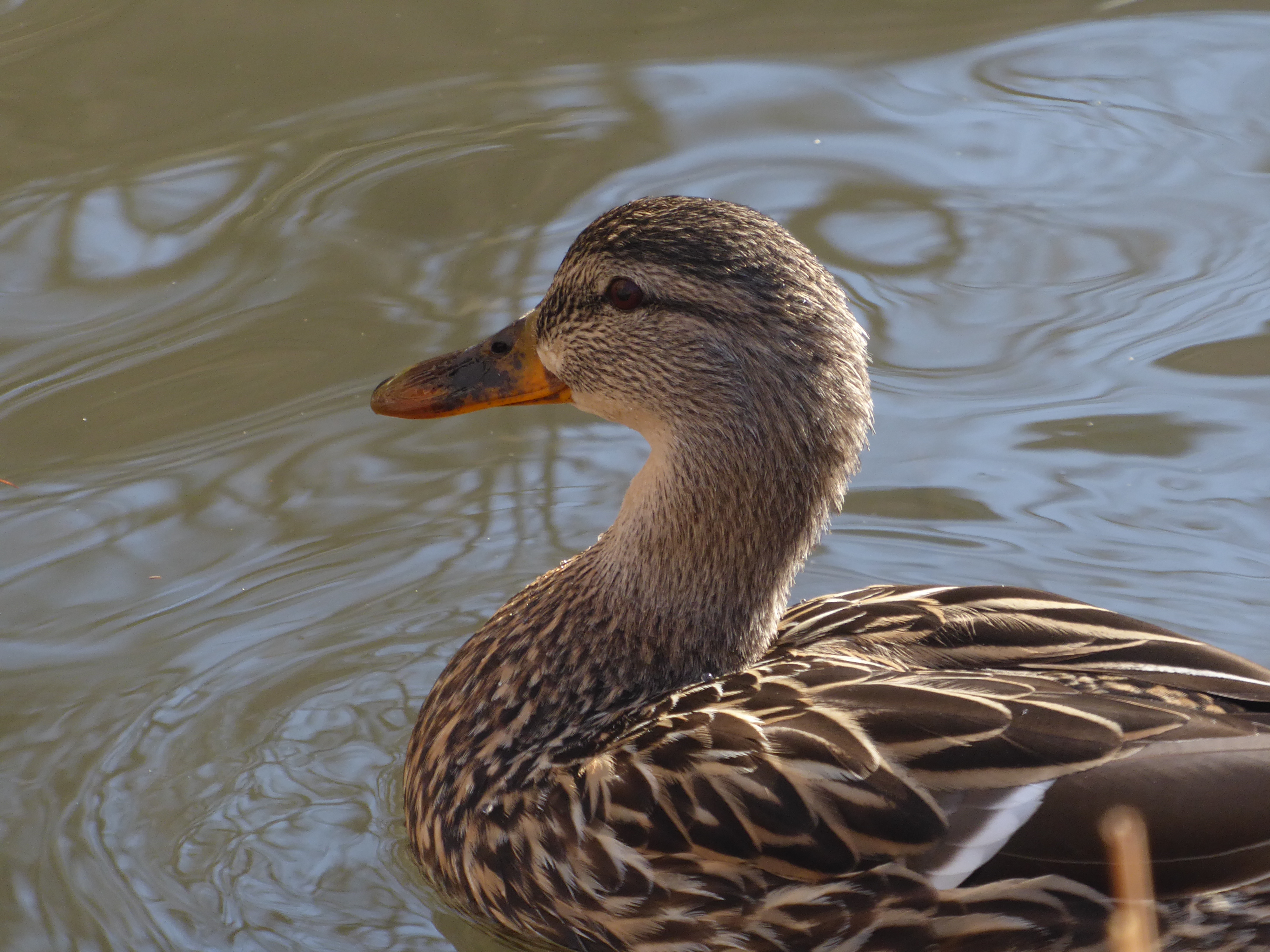 and the “dog-chasing motorcycle” pattern on the right. Plus she has a black triangle on both sides where the lower part of the bill meets her head: 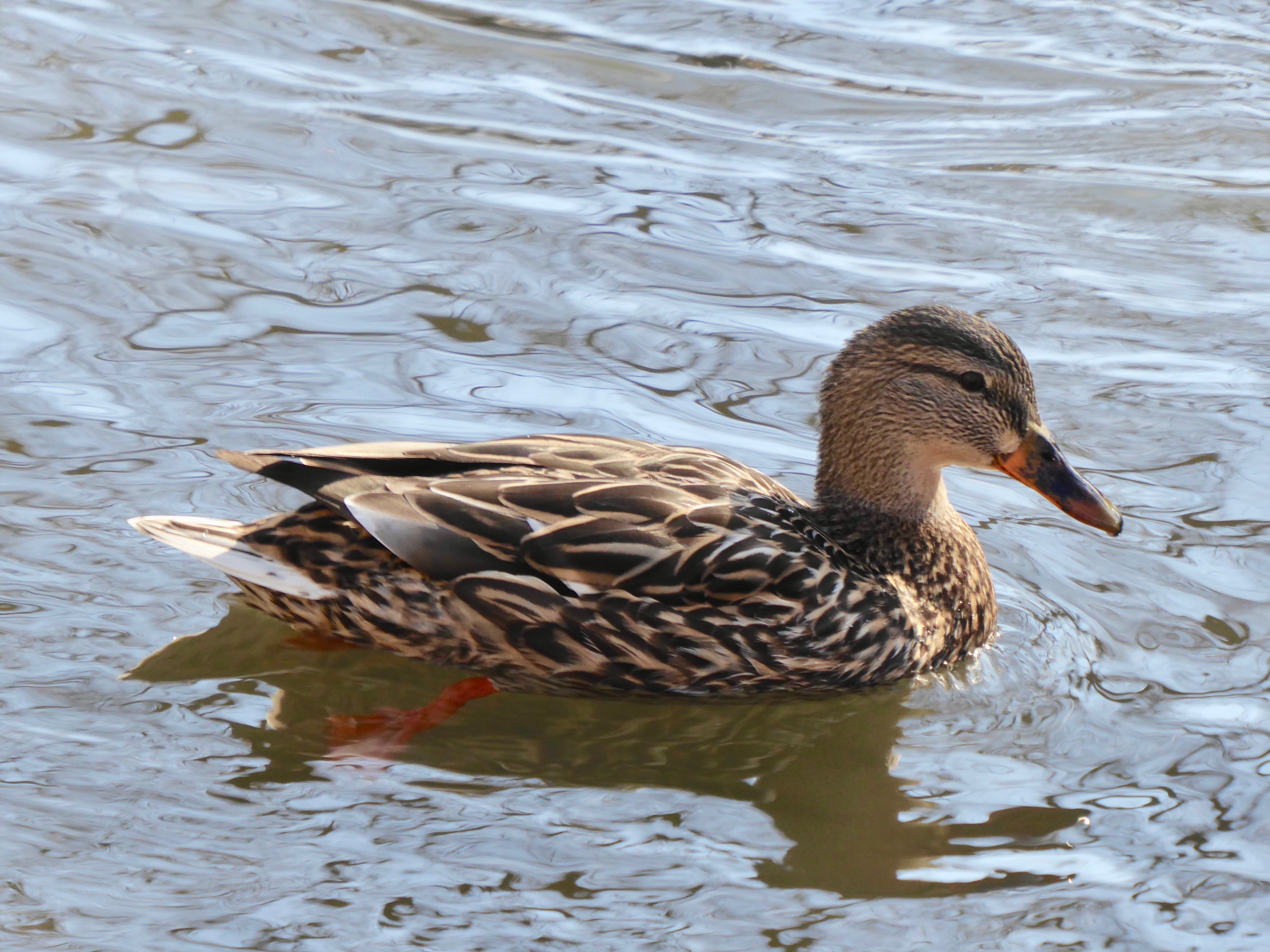 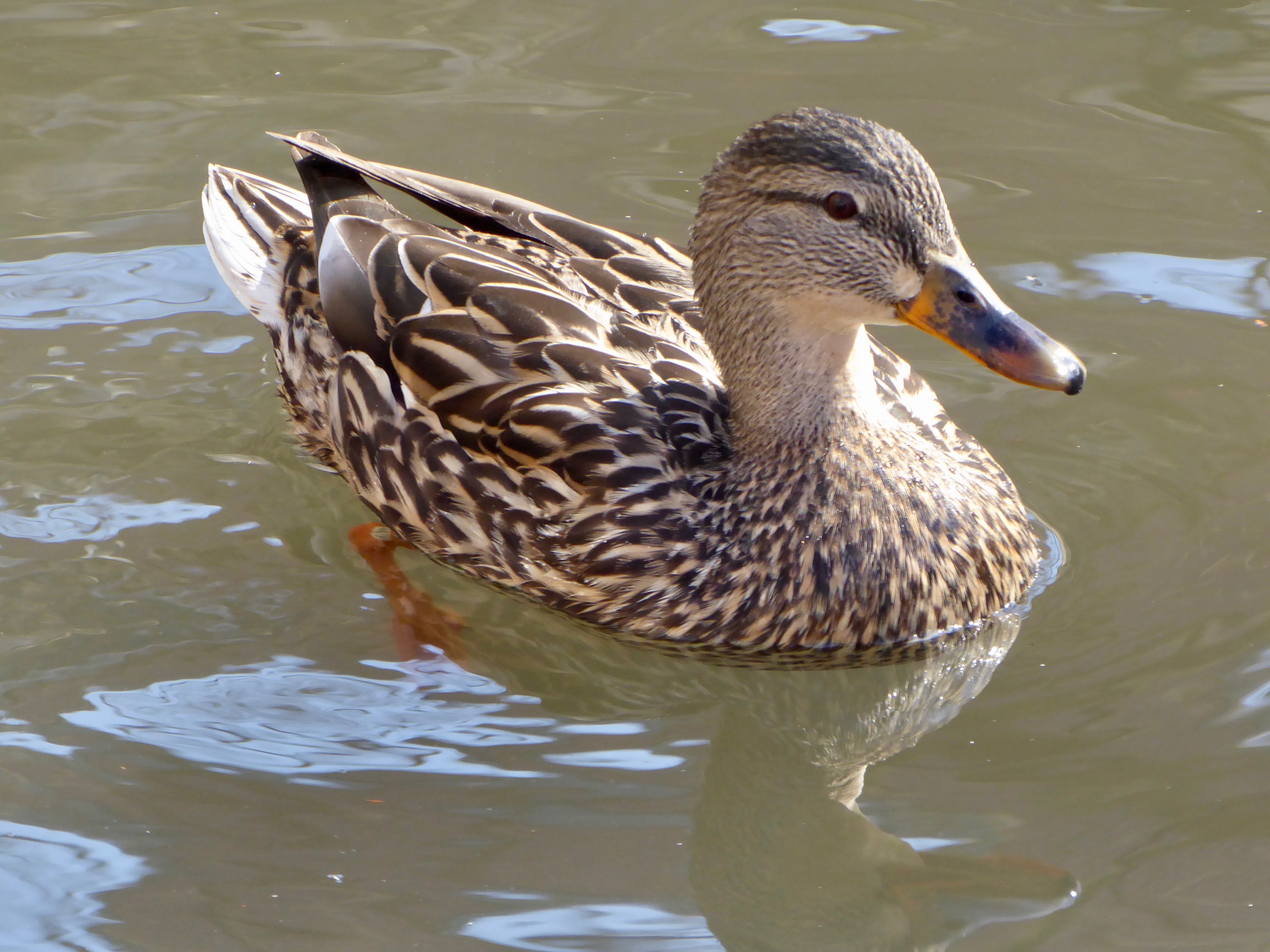 This, I believe, is Honey’s new boyfriend. 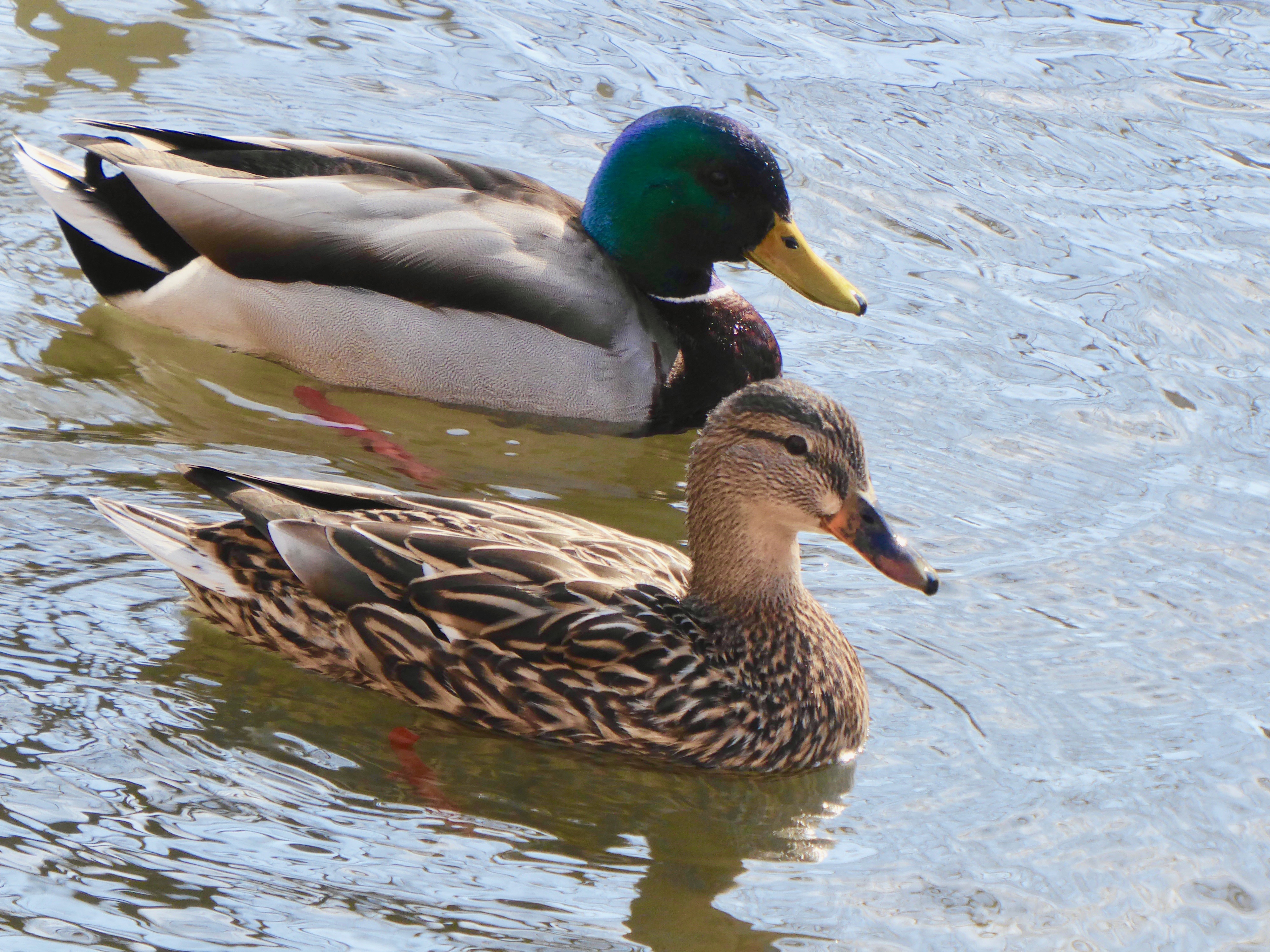 Here are three YouTube videos I made yesterday, all labeled “Honey the duck, back at Botany Pond for the fourth year in a row (she’s fledged 21 offspring in that period), quacks to establish her dominance. University of Chicago, March 10, 2020.”

In the first video, she quacks loudly and repeatedly when near other ducks, bobbing her head to the side and down as a sign of dominance. This is done to show that she’s the boss, and that other ducks should back off.

You can’t see the other ducks here, but you can hear the loud quacking. (Remember, only hens can make the classic mallard “quack”; drakes make a throaty croak. If you hear a duckling quack, it’s a female. (You can hear a male’s quack in this old video of mine.)

Here she quacks out a thank-you to me—or so I’d like to think. Actually, she’s being territorial again as she swims towards other ducks, both drakes and hens. There’s one head bob.