Once again the creationist neurosurgeon Michael Egnor can’t resist scrutinizing my website and trying to find flaws in what I say. I suppose this is because he and his Discovery Institute colleagues, despite their confident assurances of two decades ago, have failed to make progress in getting the scientific community to accept Intelligent Design. So, like a frustrated pigeon pecking at a leaf, he pecks at me.

He’s really surpassed himself this time, though, for in his latest diatribe he claims to show that a.) prayer works during a pandemic, despite my mocking Mike Pence’s coronavirus response team praying together; b). Science’s rejection of gods, or at least its failure to seriously entertain divine actions in science—is circular and wrong; and c.) There’s strong proof that there’s a God.

This article appears in the site Mind Matters, which is run by the creationist Discovery Institute. Its theme appears to be that materialism (what I call “naturalism”) is false and that science can’t explain the material phenomena of the world. The usual guff! Click on the screenshot for a good laugh: 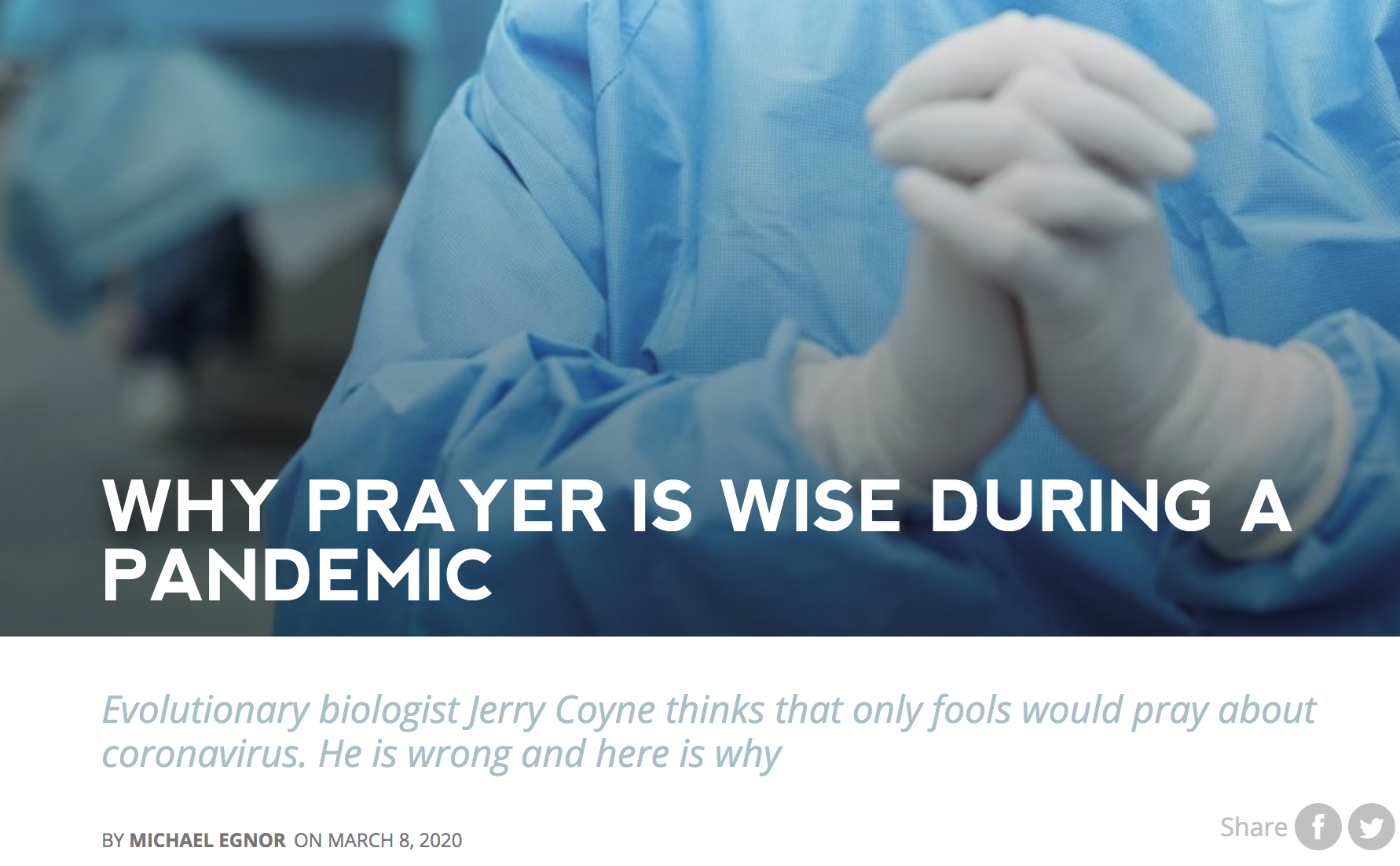 1.)  Prayer works in a pandemic. Egnor’s claims are indented.

The wisdom and efficacy of prayer in a crisis depends wholly on one question: is the prayer directed to Someone who is real, or is prayer based on a delusion?

If the Object of supplication is real, then prayer is probably the first thing you want to do in a crisis. A plea to the Boss is a fine preamble to the grunt work of managing a crisis. I’m a neurosurgeon, and I pray before each operation. It really helps.

If there is no real Object of supplication, then prayer is based on a delusion. But it’s interesting to note that, as historian Rodney Stark has pointed out, prayer and Christian faith during ancient epidemics saved lives because faithful Christians stuck around during epidemics. They provided care to afflicted neighbors who would not have survived except that they had kindly courageous friends to nurse them. St. Jude’s Children’s Hospital—the world’s leading cancer center for children, was founded because of a prayer. So the focus and compassion evoked by prayer saves lives, whether or not God is there to hear the prayer.

This is Pascal’s Wager applied to prayer.  First of all, what evidence does Egnor have that prayer “really helps” when he operates? And whom does it help? If it helps Egnor operate, fine; a New Ager could also be calmed by rubbing crystals before an operation.

But the true test is whether it helps the patient. I doubt Egnor has any evidence for that, as it would require controlled tests. Do religious neurosurgeons who pray before an operation have better outcomes than nonbelieving surgeons? I doubt it, but the onus is on Egnor to show it. The only really good test of the efficacy of intercessory prayer in healing—the Templeton-funded study of healing in cardiac patients—showed no effect at all of prayer in healing, not even an effect in the right direction. The only significant effect was in the direction opposite to that prediction—intercessory prayer hurt the patients in one measure of healing!

And we don’t need a Christian community now during a pandemic: that’s been replaced by epidemiologists and, most of all, medicine and medical care, all based on materialistic science.

Finally, has Dr. Egnor asked himself this: if praying to God stops people from dying, so God has the power to cure, why did God allow coronavirus to spread in the first place? It’s not just killing off evil people, you know: it’s taking babies who haven’t even had the chance to do evil, or learn about the salvific effects of accepting Jesus.  In fact, pandemics are one bit of evidence against the existence of any god who is powerful and empathic.

2.) Science’s rejection of God and divine intervention in nature is wrong because it’s circular. This is Egnor’s dumbest argument:

Of course, if God does not exist, Coyne is right to imply that prayer is based on a delusion. But here’s the point: if God does exist, prayer is essential.

So, I ask Coyne, does God exist? Coyne’s answers to the pivotal question have been puerile. His arguments center on an astonishing line of reasoning:

So Coyne uses science that expunges theism to refute theism. In short, he concludes that atheism is true by using a scientific method that presupposes atheism. Oddly, Coyne finds this logic compelling.

There’s no circularity here. Science is perfectly capable of sussing out supernatural explanations for things, as I discuss in Faith Versus Fact. If prayer worked, that would be one hint of a god or gods, and you can test that (n.b., it doesn’t work). If only CHRISTIAN prayers worked and not those of Jews or Muslims, that would be even more evidence for a god. And I discuss scenarios in my book which would convince many, including me, that there was a god. It’s just too bad for Egnor that none of this evidence has ever come to light.

In fact, there was a time when the supernatural and religion were part of science: when Newton thought God’s twiddling was necessary to keep the planets in their orbits, because Newton thought their orbits were otherwise unstable. Then Laplace showed that a naturalistic explanation explained the stability. There was a time when everyone thought the remarkable adaptations of plants and animals, as well as their origins, required a divine creator. Then Darwin came along and gave the correct naturalistic explanation. Over the history of humanity, one divine explanation after another for things like lightning, diseases, and plagues have been replaced by naturalistic explanation.

So here’s the lesson, which I’ll put in bold.  Science doesn’t reject divine or supernatural explanations because we rule them out in advance. We reject them because they haven’t been shown to work. (Sadly, my Ph.D. advisor Dick Lewontin once gave an unwise quote that has served repeatedly as ammunition for creationists who claim that scientists are sworn not to accept any evidence for gods, divinity or the supernatural. We’re not! Science investigates supernatural claims all the time.)

3.) Finally, Egnor says that the arguments for God’s existence are convincing. Here’s how he proves God:

It is noteworthy that Coyne’s efforts to refute the actual arguments for God’s existence consist of his insistence that he really isn’t so stupid and he provides a few links. He obviously doesn’t understand the arguments, nor does he wish to learn them.

If God exists, prayer in crisis is warranted and even essential. The arguments for God’s existence are irrefutable. Aquina’s Five Ways are a handy summary:

Aquinas’ First Way and a Stack of Books

Evidence for the existence of God, as provided by Aquinas, actually consists of the same logical and evidentiary process as science itself, only with much stronger logic and more abundant evidence than any other scientific theory.

And, as Porky said, 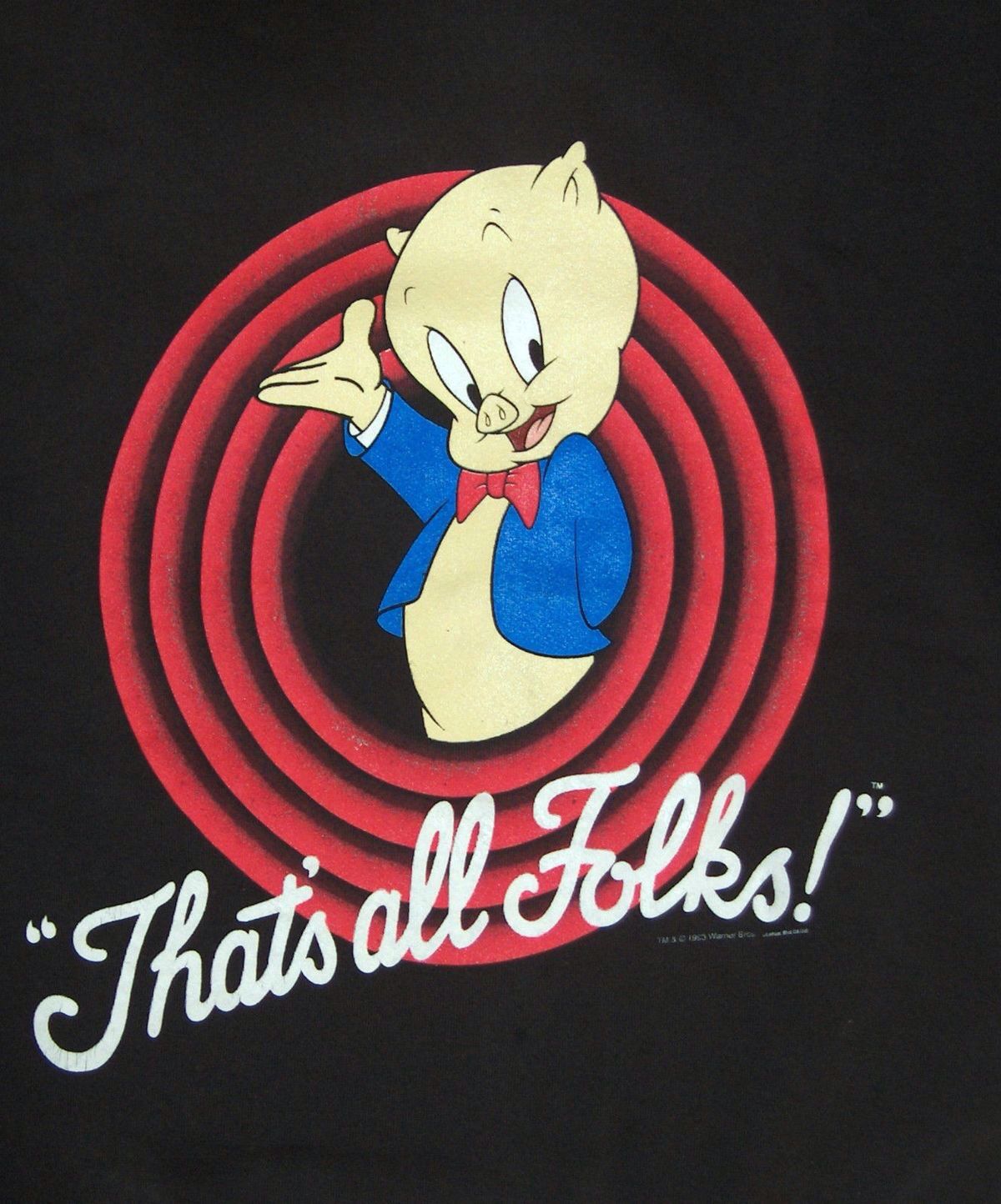 And it is all. If there are going to be arguments for god that are convincing, they will have to be empirical ones, not theoretical lucubrations of ancient theologians.

97 thoughts on “Egnor: We need to pray during this pandemic”