Good morning on Thursday, March 5, 2020: National Cheese Doodle Day. I don’t understand how people can like those “cheese”-flavored styrofoam packing squiggles, but many do. It’s also National Absinthe Day (I have some of the real thing, which doesn’t give me the reputed high of the French poets, and Multiple Personality Day, calling attention to Dissociative Identity Disorder. And in Cornwall it’s St. Piran’s Day, celebrating the patron saint of tin miners.

And I voted on the Democratic primary ballot. Guess whose box I ticked at the top? 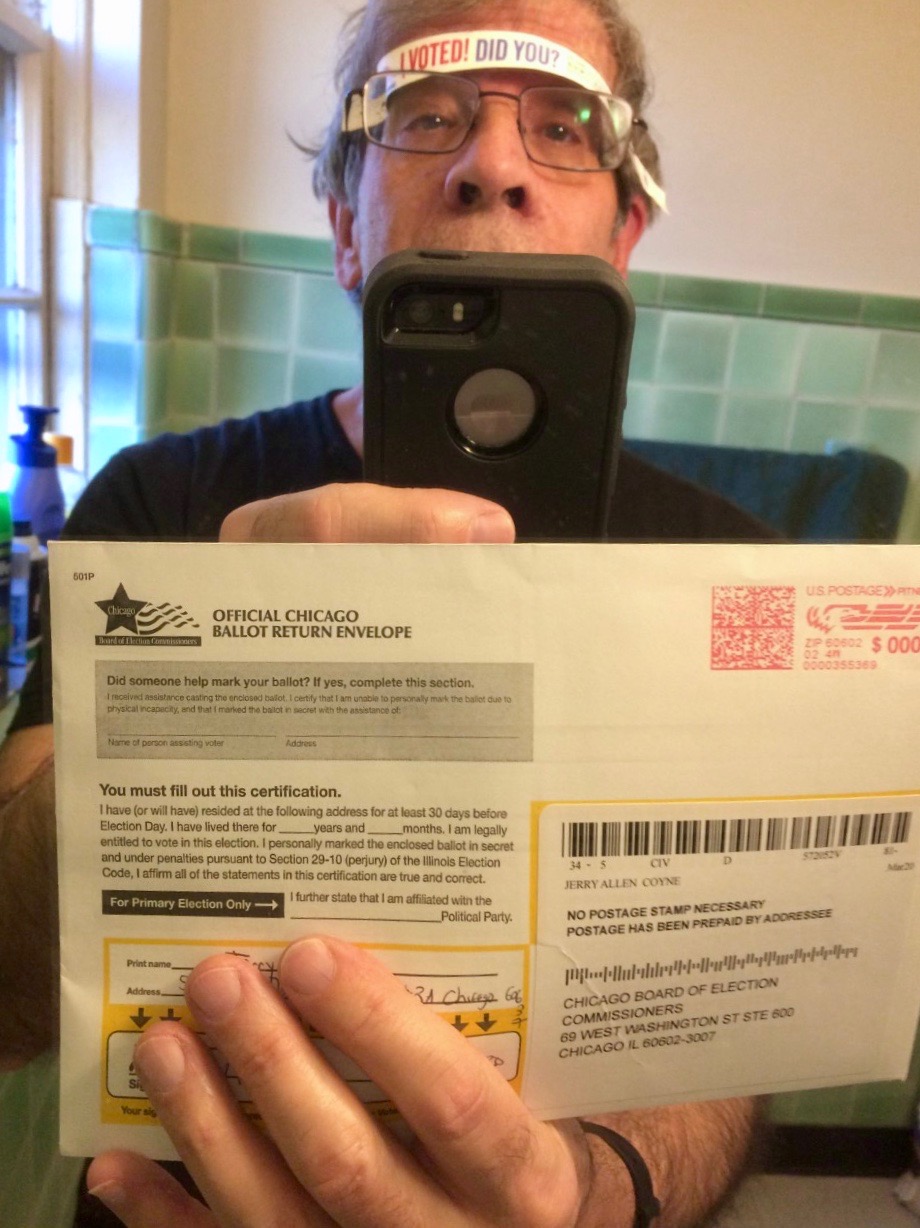 In today’s news, everyone is still recovering, happy or sad, about Uncle Joe’s big Super Duper Tuesday win. Those who are sad include several editorial writers, including Gail Collins at the NYT , Michelle Cottle at the NYT, Joan Vennochi at the Boston Globe, Amanda Terkel at HuffPost, and Emily Peck at HuffPost, who seem to take Biden’s victory as a sign of prejudice against women: the continuing hegemony of “old white men”. (It’s okay to talk like this if you’re a feminist.) As Peck wrote:, “Still, the 2020 race right now does feel like a letdown for anyone who cares about electing women.”

But this doesn’t wash. It neglects the fact that the Democratic candidate in 2016 was a woman, and one who won the popular vote, and that in this year’s race there were several good women candidates, including Elizabeth Warren and Amy Klobuchar. Those women have dropped by the wayside because the voters—get it, voters of both sexes—weren’t keen on them. It is largely women, and African-American women in some states, who went for Biden. If the persistence of Bernie and Biden reflects misogyny, it’s a misogyny of both sexes. The Biden vote, in the end, was a vote about which candidate was perceived by voters to be more liable to defeat the odious Trump, not a referendum on the number of X chromosomes. After all Massachusetts elected Warren to be their Senator, but voted her a dismal third in the Presidential race, with only 24% of Massachusetts women voting for her. I don’t think this reflects a view of voters that Warren was qualified to be a Senator but not a President.

Yes, it’s high time for a woman president. But defeating Trump is more important right now than ensuring that the nominee is Elizabeth Warren. I am hoping that the Democratic nominee, who may serve only one term, chooses a woman as his running mate.

Stuff that happened on March 5 include:

Attucks, a man of mixed race, part Indian and part black, was the first to be killed, and is considered the first American killed of the Revolutionary war.

Take a ride in a rebuilt Spitfire, a plane crucial to Britain’s victory in the Battle of Britain. Wikipedia says that about 60 of these planes are still flying:

This was The Day the Country Music died.  Have a listen to Patsy once again, here singing her most famous song live at the Grand Old Opry. You probably know this song was written by Willie Nelson and released in 1961. Cline was only 30 when she was killed.

If you haven’t read Christopher Hitchens’s paean to Luxemberg in the Atlantic, “Red Rosa,” I recommend it.

Those who checked out on March 5 include:

Belushi was of course one of the great comic talents of our time. Remember his turn in Samurai Delicatessen on SNL?

Meanwhile in Dobrzyn, Hili wants a nice book (she can read, you know):

Hili: It’s time for quiet reading.
Paulina: And what are you going to read?
Hili: I don’t know yet, I will look for something about cats. 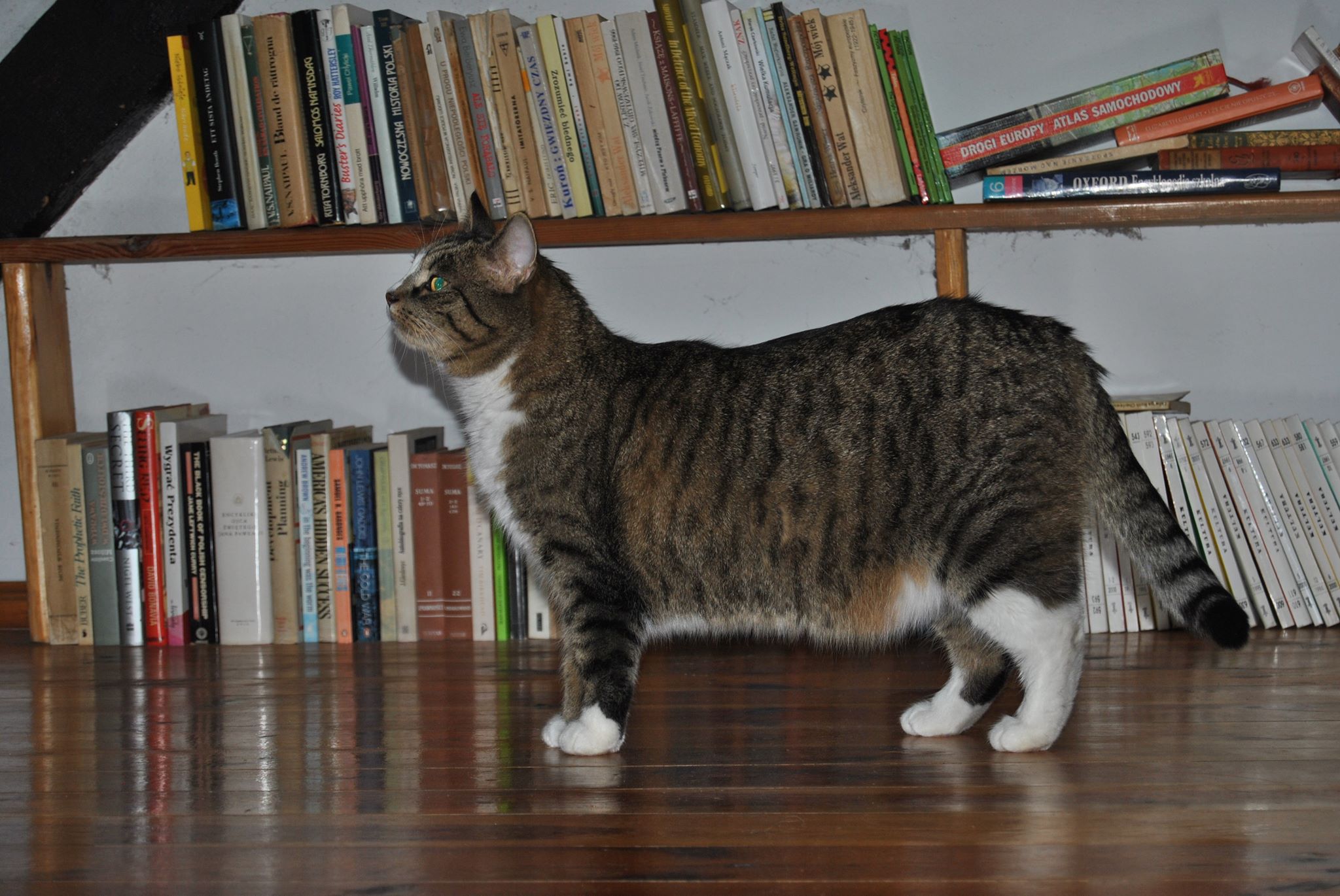 Also in Dobrzyn, the newsly adopted stray Szaron was put into a carrier after a struggle and schlepped to the local vet for a checkup. He had a treatable eye infection, and is getting his shots and also getting neutered. Malgorzata reported this morning

We are back from taking Szaron to the vet. We are both properly scratched. Szaron didn’t want to co-operate and it was an epic fight to get him into the carrier. According to the vet, he is around one year old and generally healthy but for the eye infection. He got something for his eyes immediately. The vet convinced us to let her neuter him today because it’s high time and it will not be more traumatic for him than the journey to the vet already was. She is going to do it some time after 2 p.m. (he ate before we left home and she cannot give him anaesthetics sooner than after a few hours).

I will report back on Szaron tomorrow, but all seems well.

From Giphy, a modern way to change a light bulb:

From Wild and Wonderful, a tufted coquette  (Lophornis ornatus), a tiny hummingbird that lives in northern South America. I didn’t even know these existed. This is a male, of course. 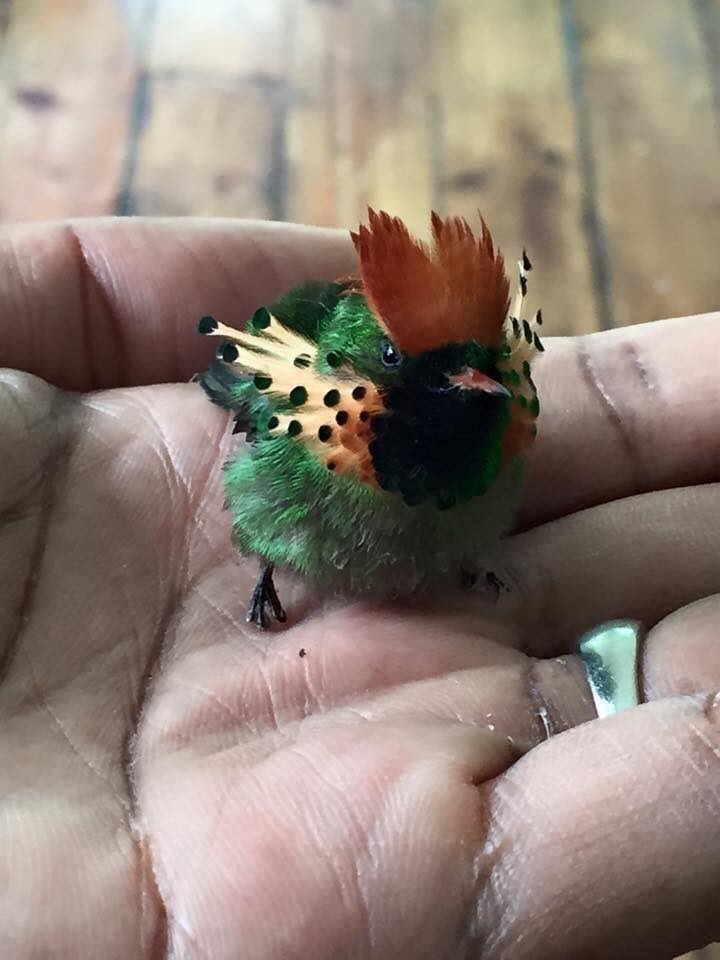 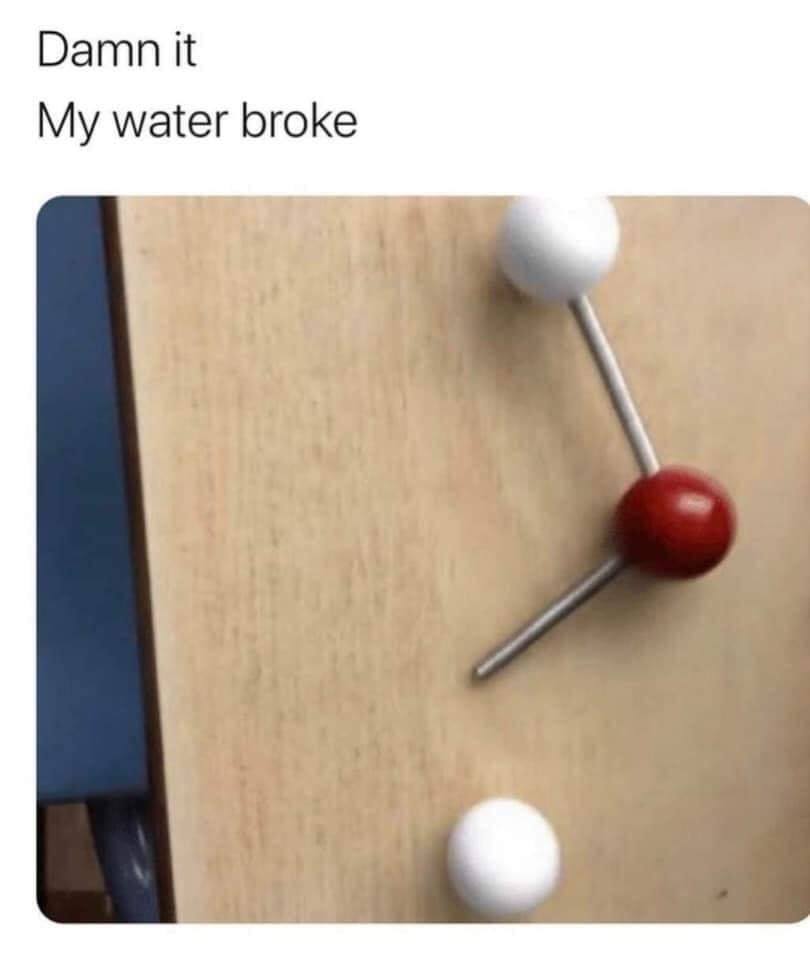 A prime example of Language Policing that accomplishes exactly nothing. WHO must stand for the “Woke Health Organization.”

DON'T – tell us what words to use to describe it

One of our kittens is a bit of a drama queen pic.twitter.com/oklQb6eTae

Four tweets from Matthew. This first one is what they call a “barn burner.” Notice the nictitating membranes closed to protect the eyes.

Amelia Earhart visited the precursor to NASA (latter founded in 1958) and got part of her raccoon fur coat sucked into a wind tunnel:

Duck family rescue! I hope they were all reunited in the end. . .