I haven’t forgotten (or missed) a weekly Caturday felid, and since it’s Caturday (a special one—Leap Year Day), here you are.

This weird friendship comes from Love Meow (click on screenshot to read about it): 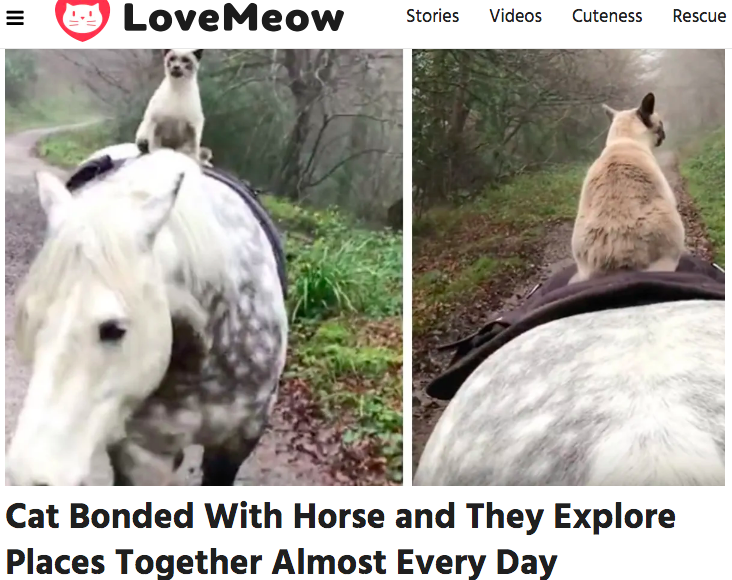 Louis was a kitten when Emma Massingale, a professional horse trainer based in North Devon, England, met him at her friend’s. She instantly fell in love.

“His owner then went through a separation and she couldn’t keep Louis so I, of course, said I would have him,” Emma told Love Meow.

Louis is quite the character. Soon after he moved into his new home, he claimed the house as his kingdom and would follow Emma to the stable to help her tend to the horses.

(All photos by Emma Massingale.) 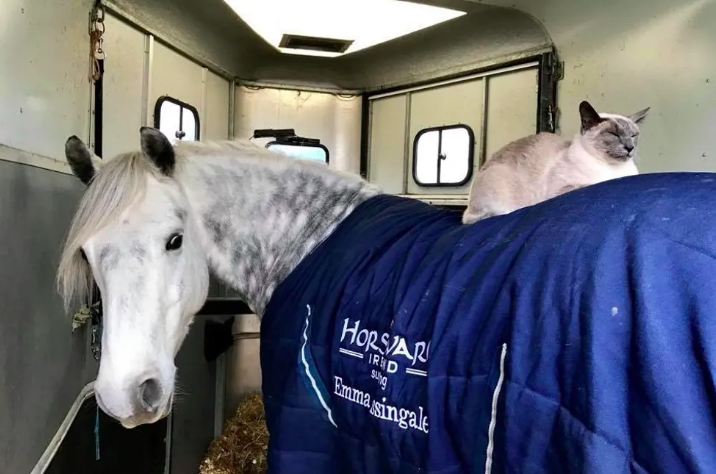 “He started off just following me to the stable and walking along the walls or fences nudging the horses with his head. Then he started to jump on their backs and sit there or jump on and then off the other side to get somewhere.”

The horses enjoy his company and always nuzzle him back. One of them, named Comet, has a very calm nature, and Louis especially likes to spend time with him. 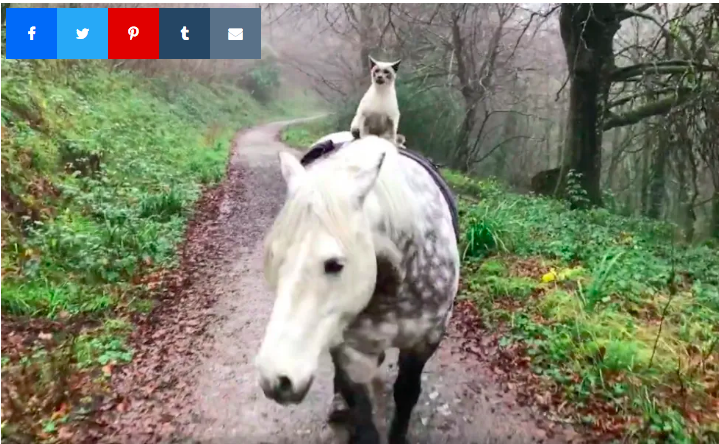 Louis and Comet are often seen taking a stroll through the woods, crossing a bridge and walking through a stream together before Comet takes his pal home.

The 6-year-old feline rider is in command when he gets in the saddle. He loves the fresh air and scents from the woods and will survey the area like a knight watching over his land. 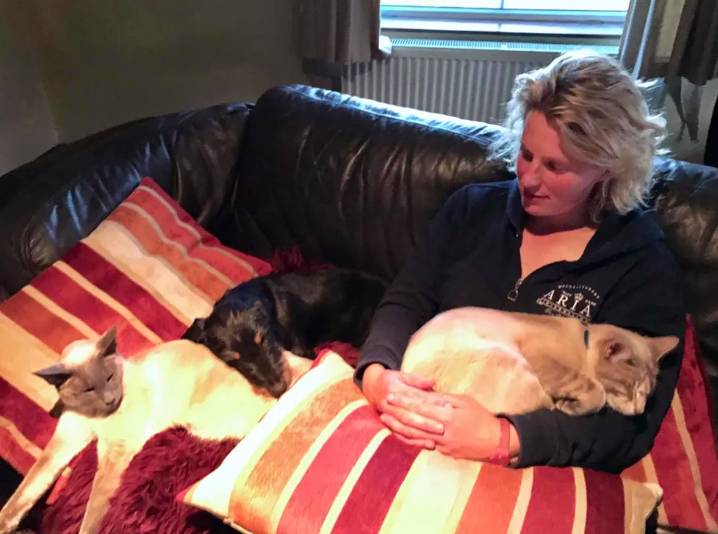 When they are out and about, people don’t always notice Louis until he meows, and then they often do a double take.

There are GIFS and videos, too.

Reader Monika sent a site that I mentioned this week: Hotels With Cats. If you like to stay in hotels with cats, or visit bookstores with cats, or just see cats when you travel—and who doesn’t?—this is the site for you. Click on the screenshot to begin planning your stay in different countries

Here are just a few examples: 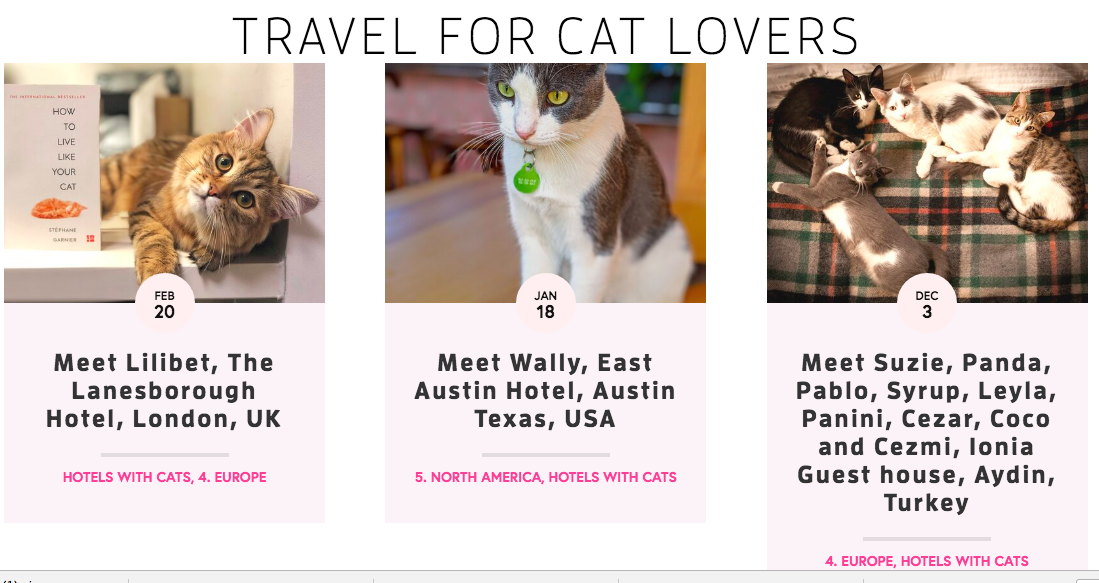 Finally, from Sad and Useless, which is not depressive in this case, we see a series of cats that have become pixellated by being photographed behind glass doors. I’ve shown a few; click on the screenshot to see more. 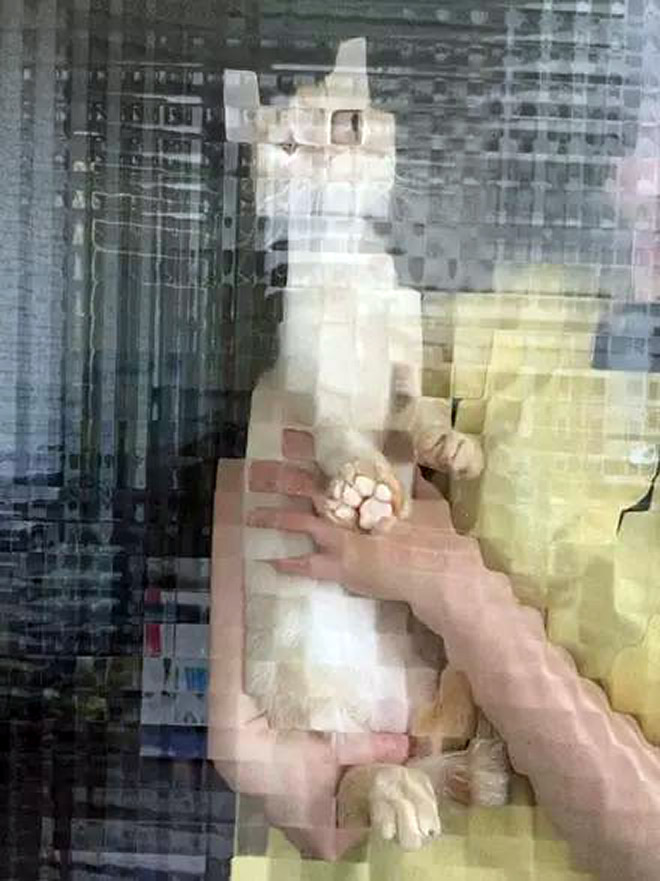 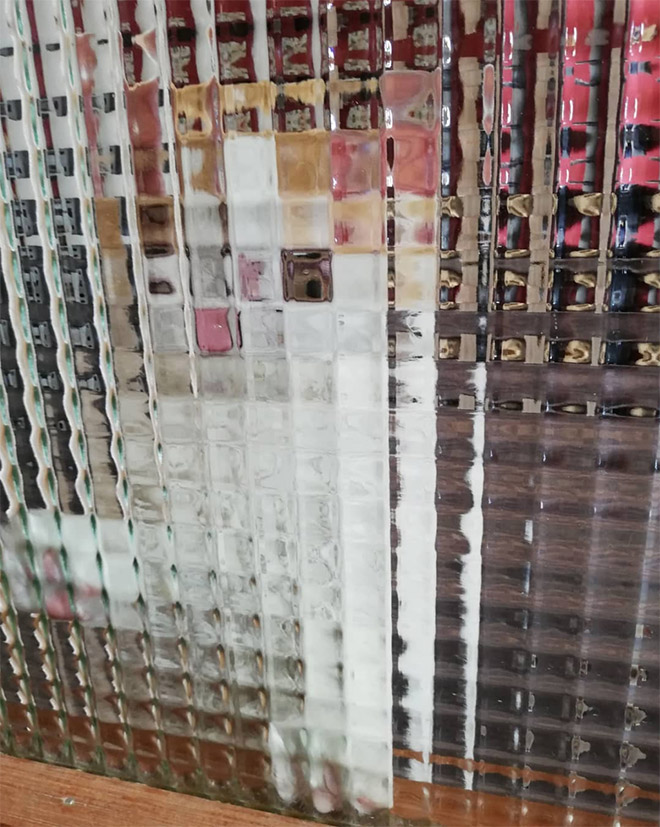 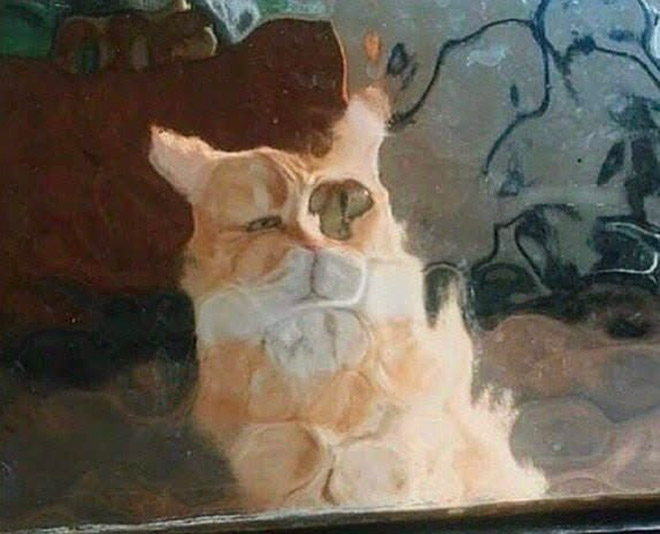 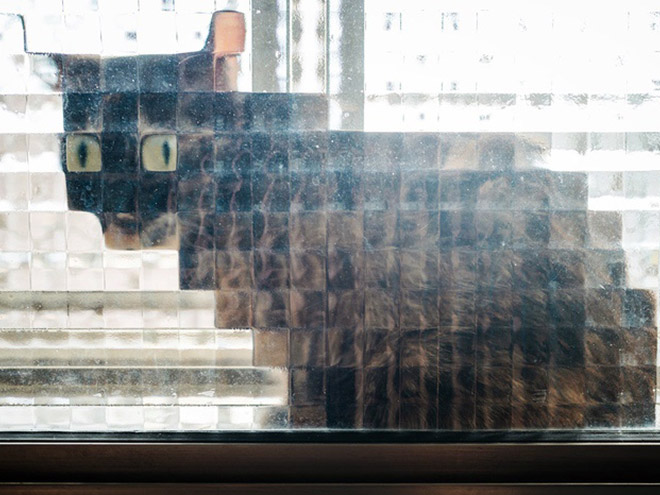 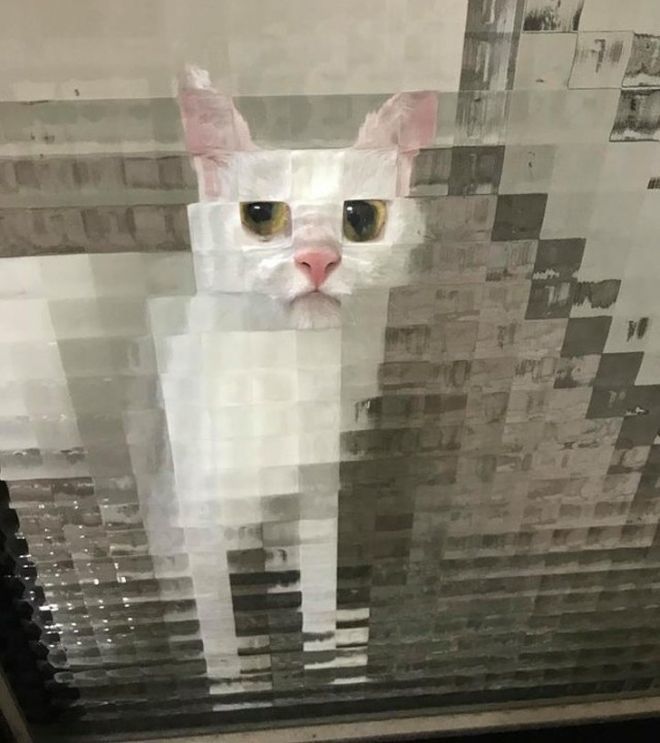 Lagniappe: The world’s most pampered kitten. Not many of them let you brush their bellies like this.  You can hear purring at the end.

8 thoughts on “Caturday felid trifecta: Cat bonds with and rides a horse; where to find hotels with resident cats; pixellated cats behind glass doors (and lagniappe)”