It’s time for another Caturday felid, and today we have the usual three items plus lagniappe.

This cute cat crashing a concert in Istanbul (where else?) went viral in both the news and on video. I’ll show two different videos, but first a little backstory from Limelight:

Could orchestral concerts benefit from a little more Clawed Debussy, or perhaps some Elena Cats-Chernin? The audience was certainly thrilled when a curious cat became the inadvertent star of a concert by the CCR Symphony Orchestra in Istanbul.

The cat made headlines in Turkey and around the world, after video emerged of its performance charming musicians and audience alike as it prowled through the legs of the musicians on the stage of the Cemal Reşit Rey Concert Hall, eventually upstaging the conductor when it joined him on the podium.

. . . and another view. The puss won’t let itself be caught, but the Turks do love their cats!

Bored Panda has a feature on “stretched cats”, and I’ll show a few of the thirty photos. 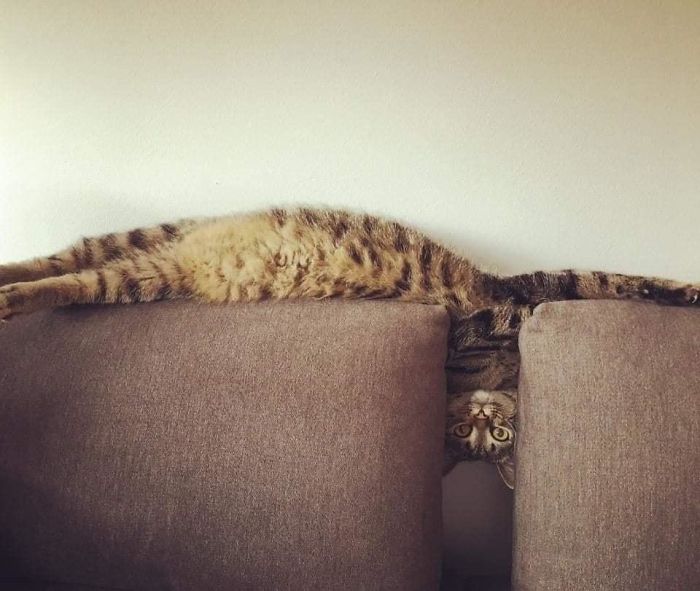 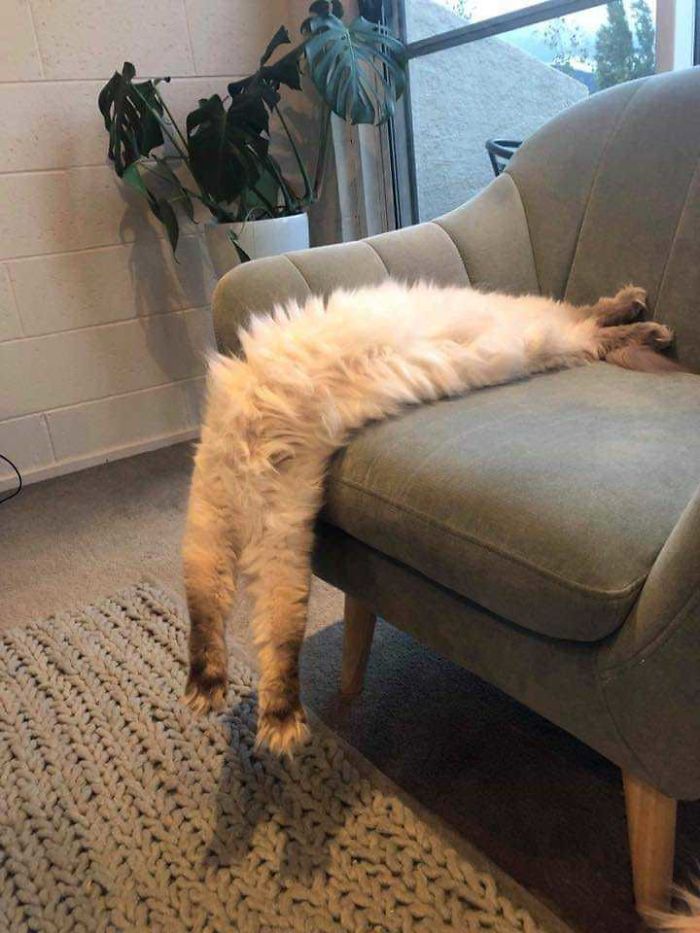 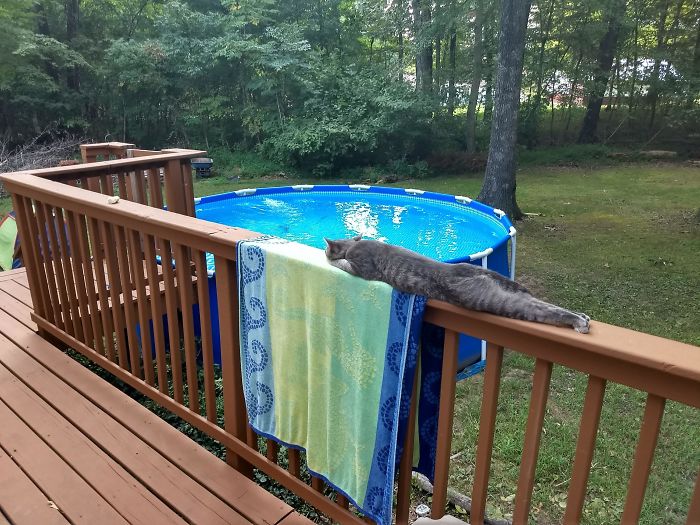 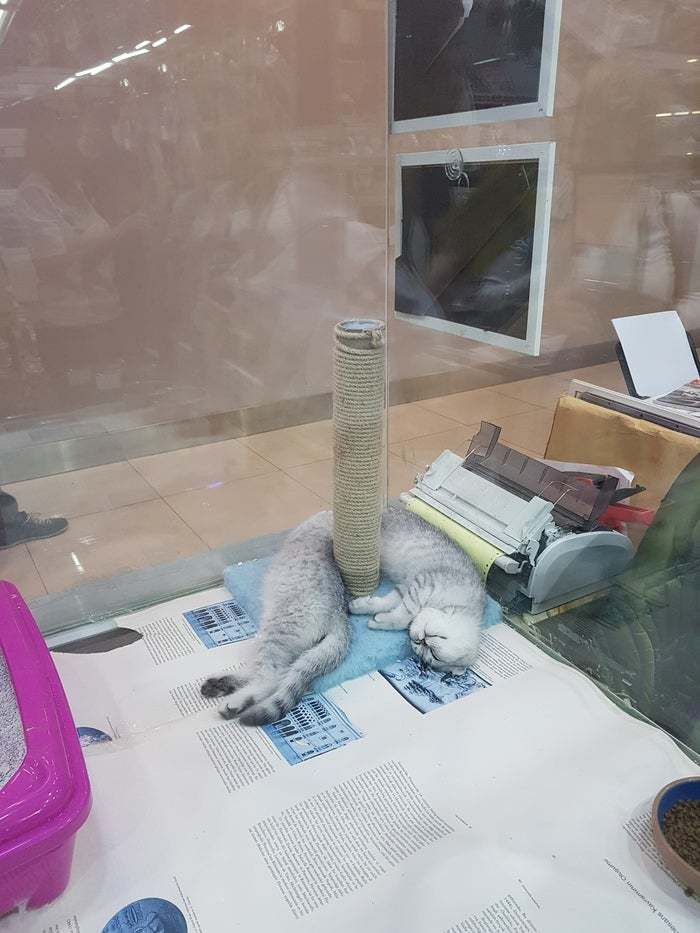 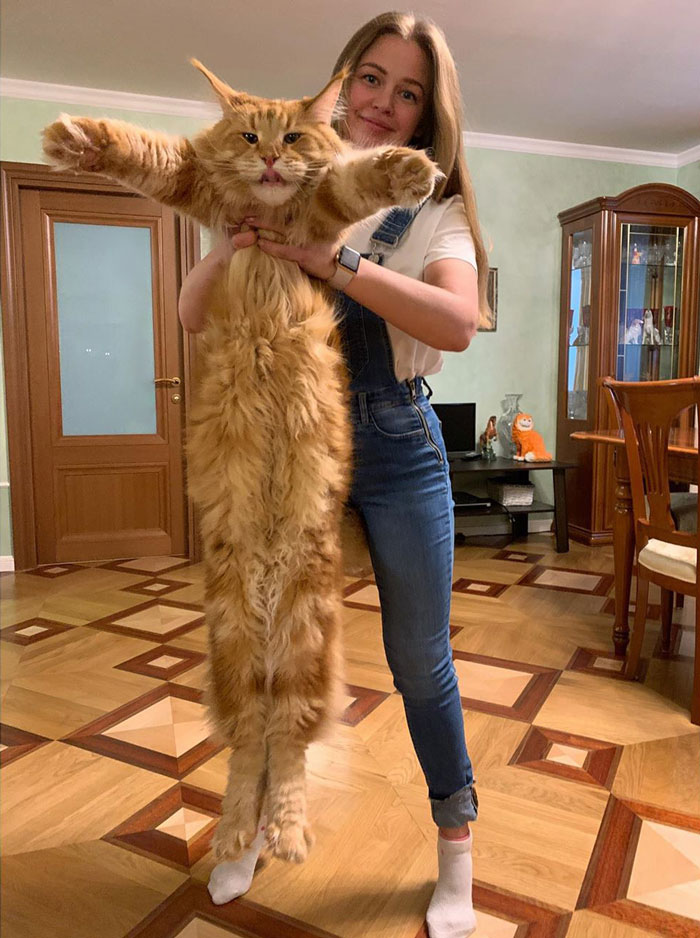 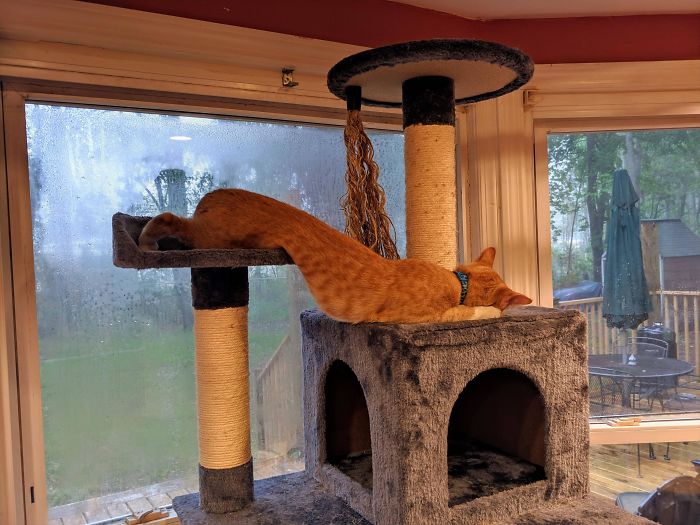 Twenty-four other Long Cats await you at the site.

Finally, there is a Polish village, Tarnów, where cats were sometimes killed by cars speeding on the village road. The village mayor decided to put up a road sign (see it in the linked article – the word means “Slow down”). You can see the article at the site below (click on either the regular or translated headlines in the screenshots): 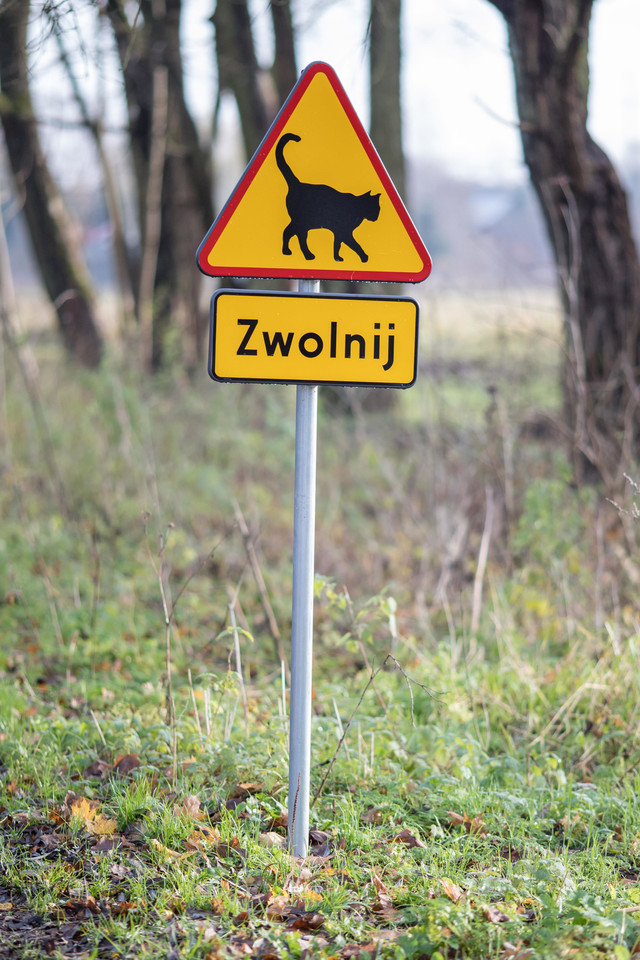 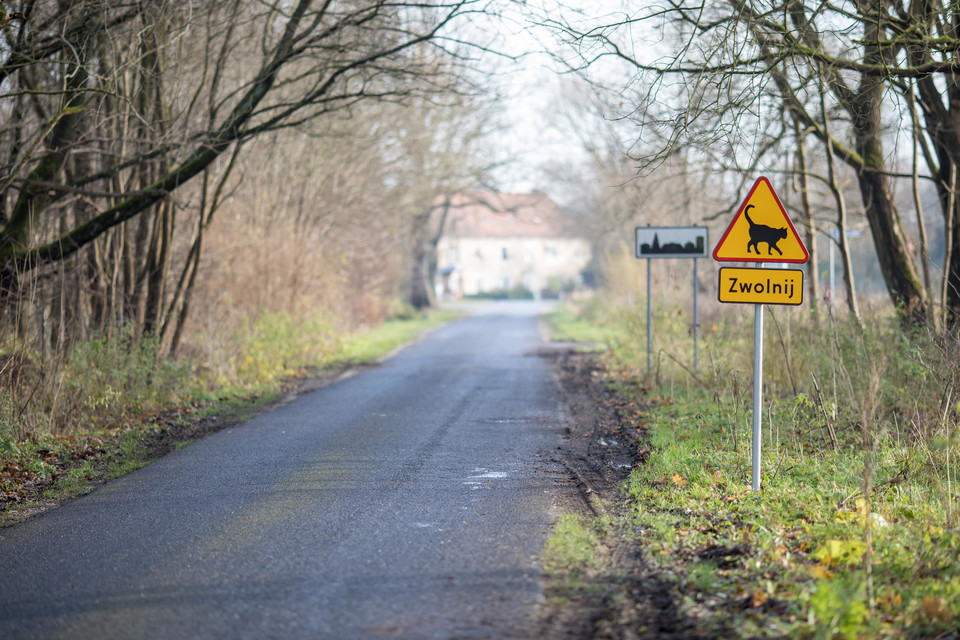 Tadeusz Obrocki, the Mayor of Tarjnów. As for his clothing, Malgorzata notes, “This is the uniform of a forester but used not in the forest – only for special occasions.” Every village in Poland, no matter how small, has a mayor. 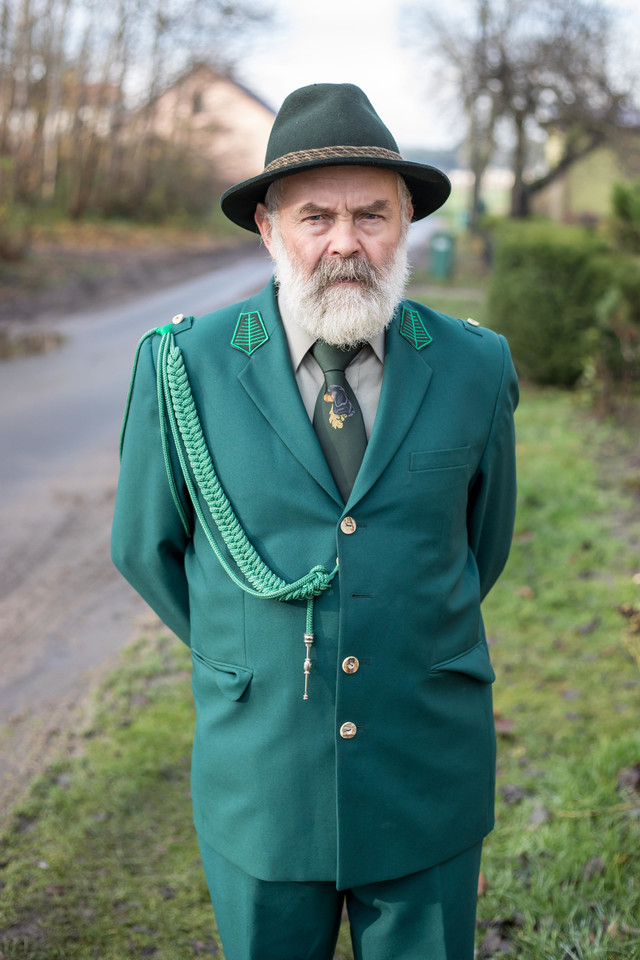