It turns out that while I was in the Antarctic on the Hurtigruten ship MS Roald Amundsen, reader John Crisp (who’s sent us photos before) was about to head to Antarctica aboard another and smaller Hurtigruten ship, the MS Fram. He sent some lovely pictures from his trip, and I’ve indented his narrative:

You may remember that I wrote to you last year to say that I would be heading to Antarctica a little while after you, not on the Amundsen, but on a sister ship called the Fram. I thought you might be interested in the attached photographs, since you commented on the colonies of black-browed on the Falkland Islands. I think that one of the colonies in my photos is the one you visited [JAC: on West Point Island; see here], in the long grass, while the other one was elsewhere on the island on a cliff edge. By the time we got there (New Year’s Day 2020), many of the albatross chicks had been born, though a few were still eggs.

By the way, and my apologies if you already knew this: according to David Attenborough’s program on Antarctica, these albatrosses only recognise their chicks if they are on the nest. If for any reason (in the case of the Attenborough program, a powerful storm) the chick is expelled from the nest, even a few centimetres away, the adult bird ignores it completely, while they are the most attentive parents while the chick is on the nest…

I have literally thousands of photos from the trip, but don’t want to bombard you with stuff you have already posted. So tell me if you want more (at one point we were surrounded by an estimated 200 humpback whales a few metres from the ship).

Of course I told him I wanted more photos, and I hope we’ll have them soon. Here are black-browed albatrosses, Thalassarche melanophris: 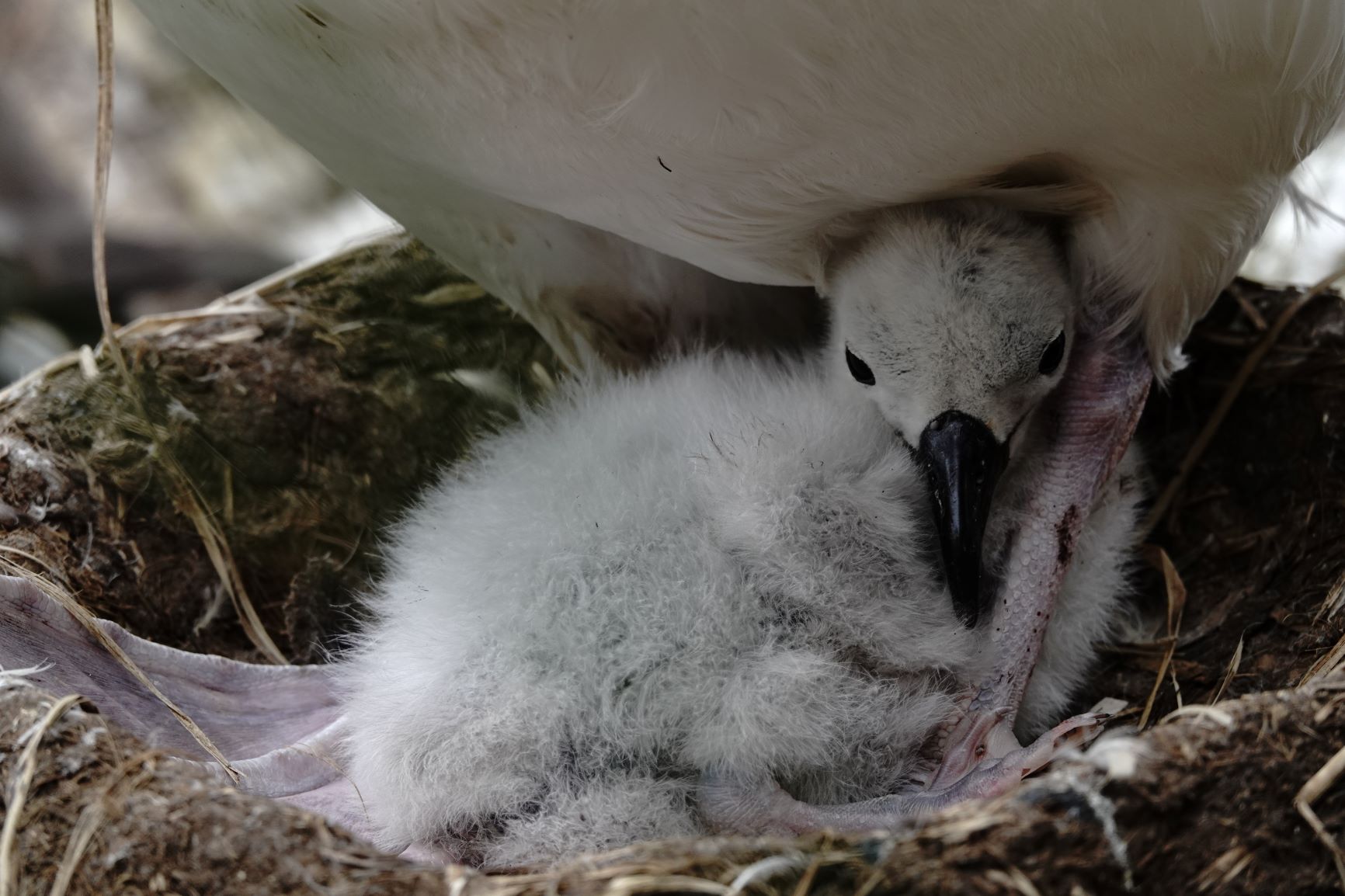 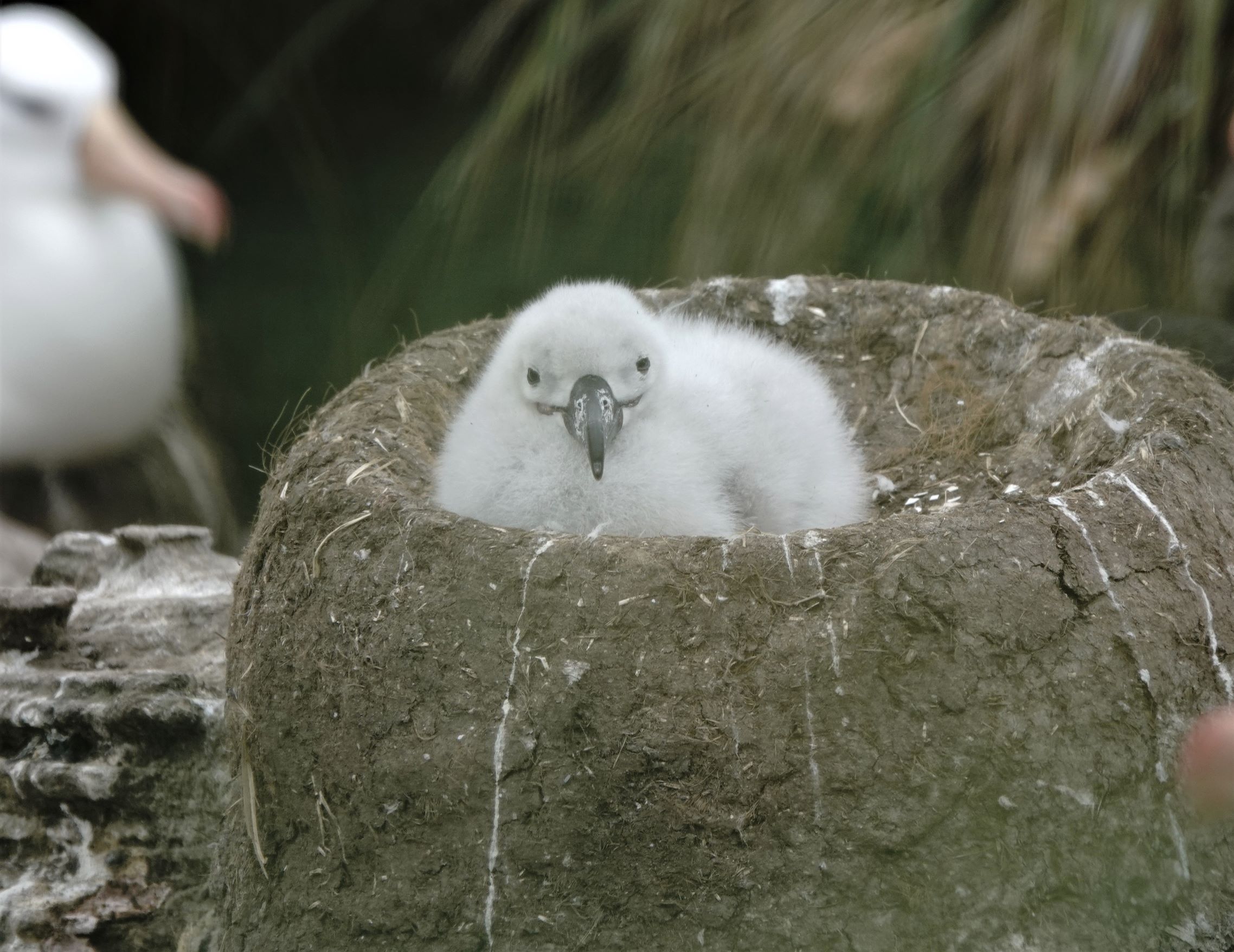 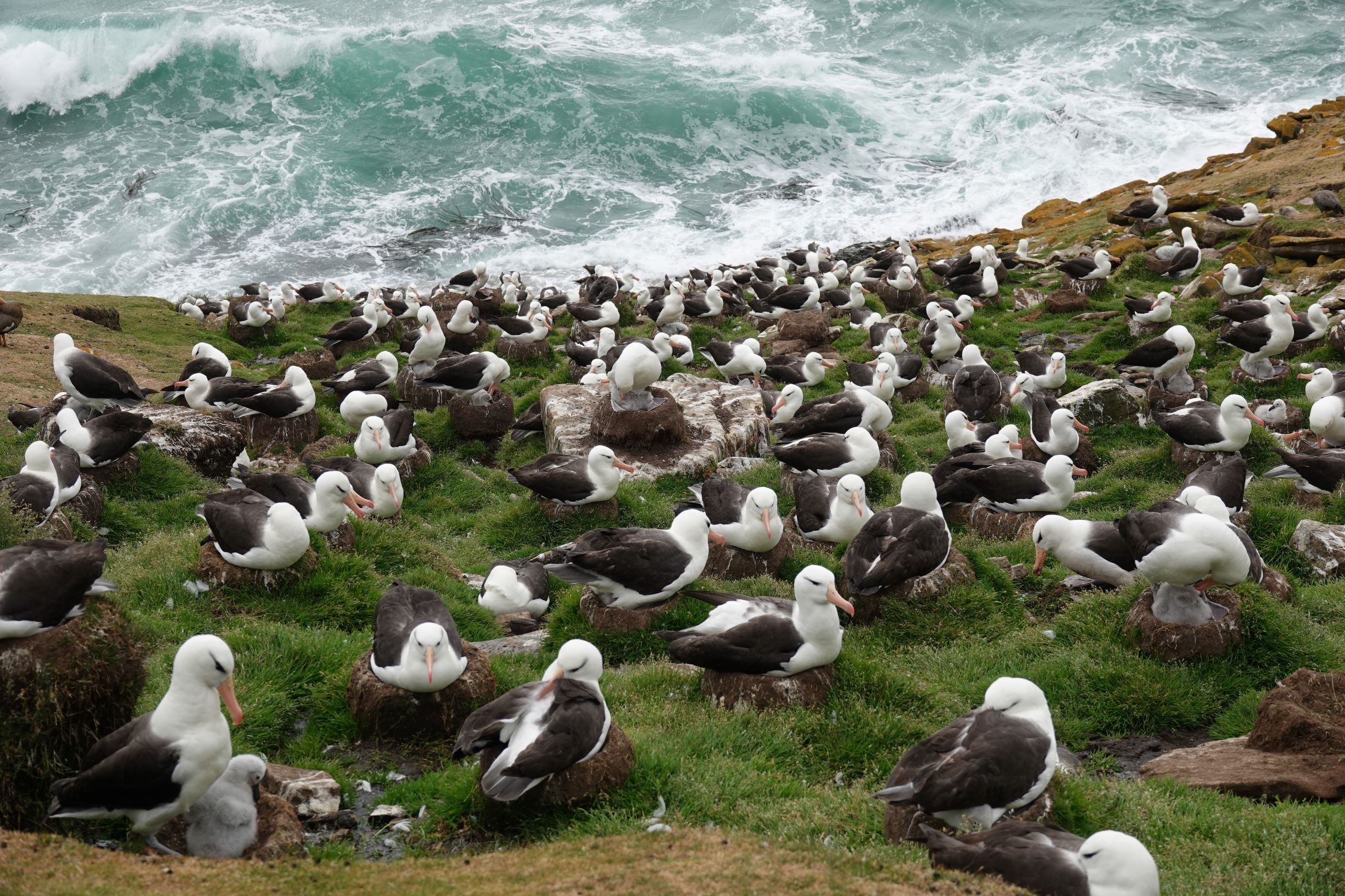 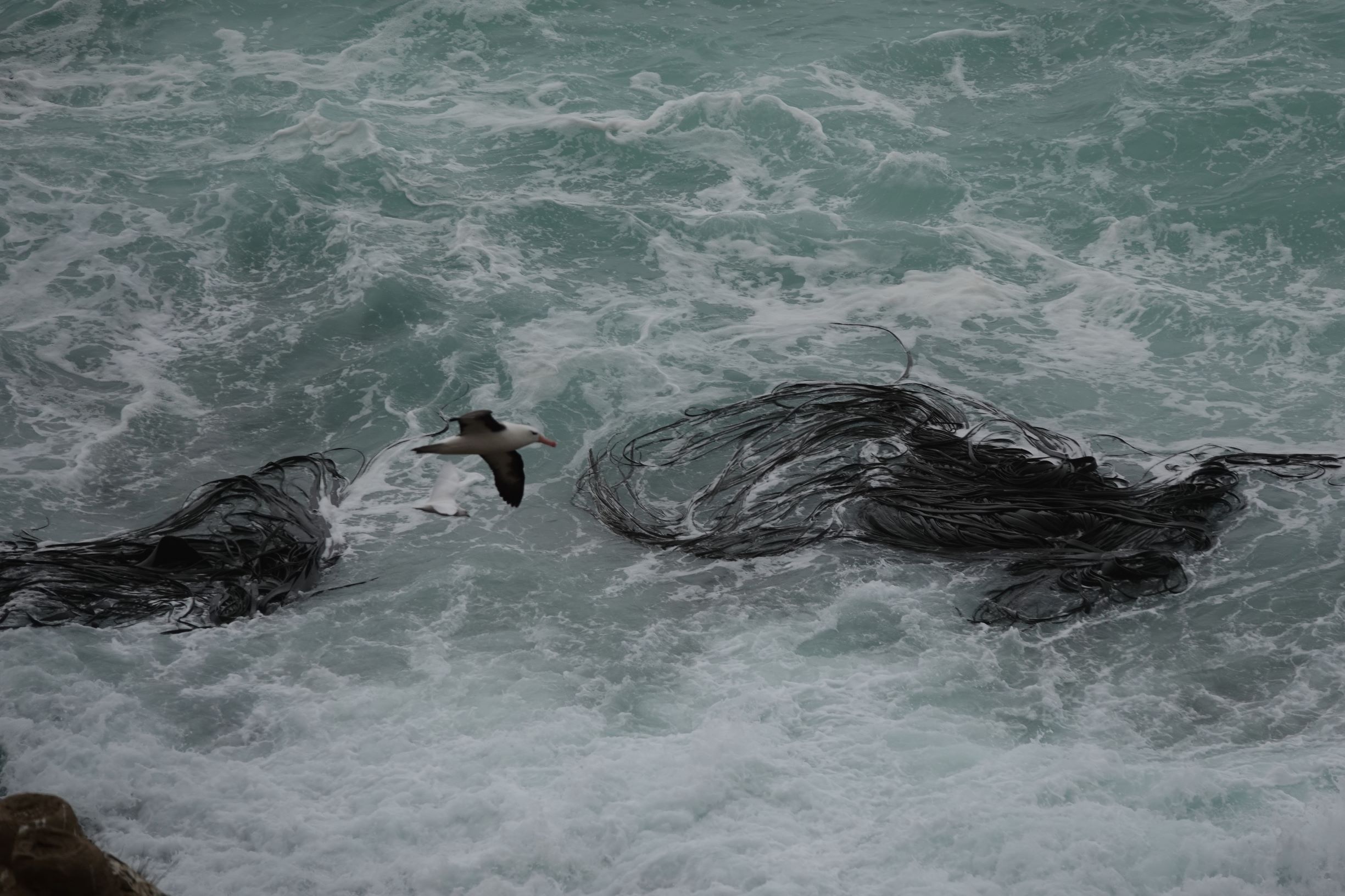 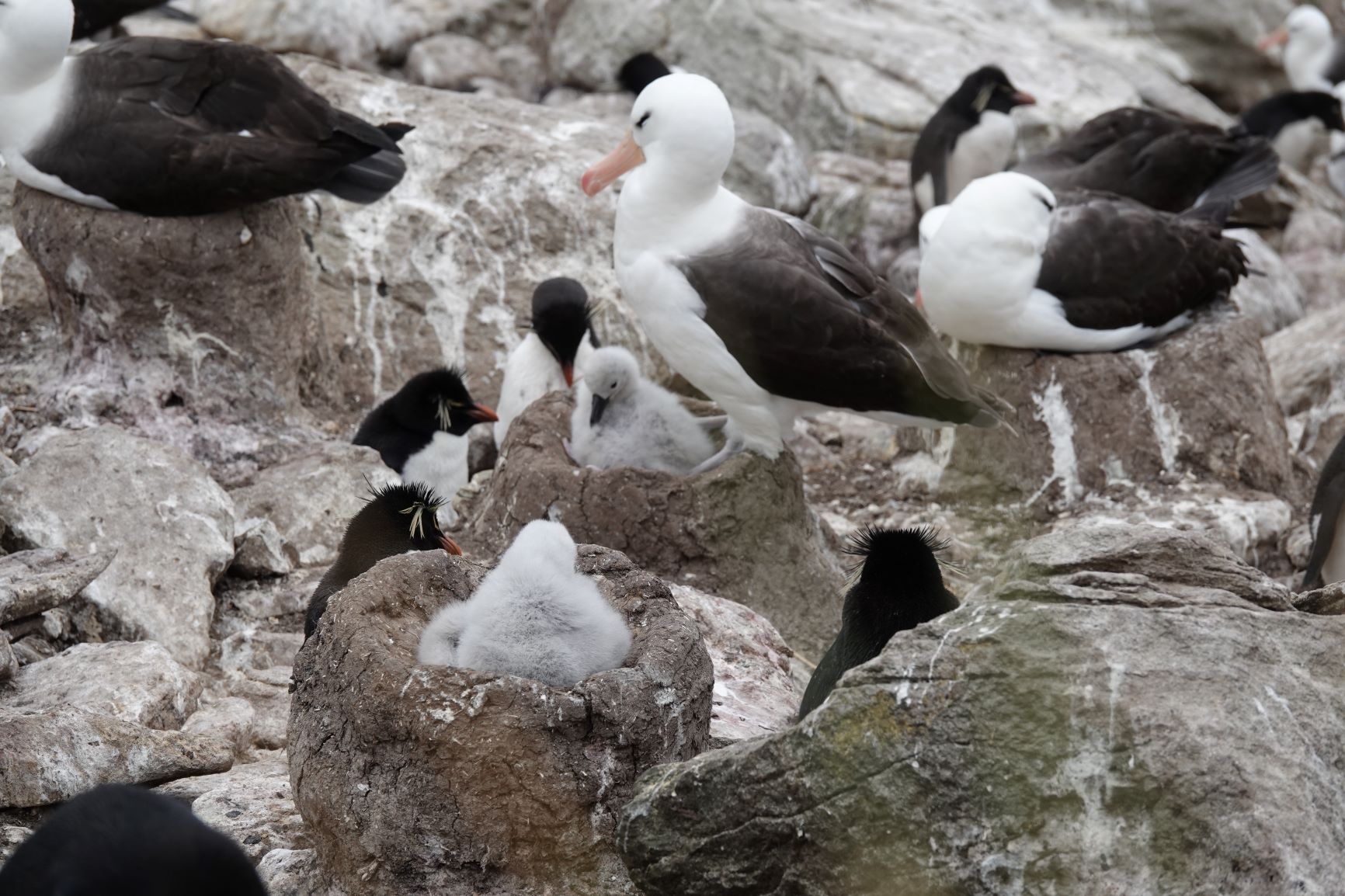 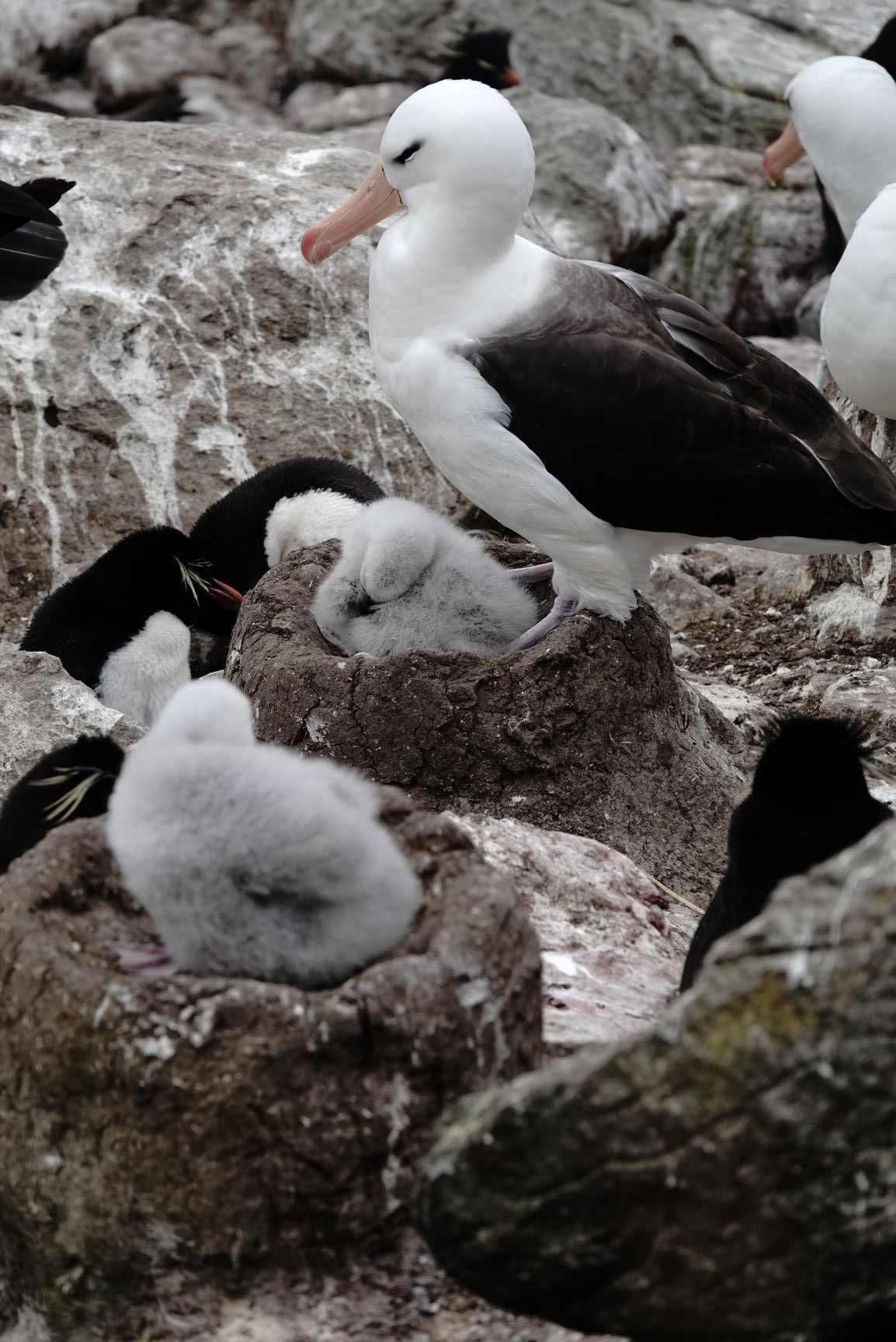 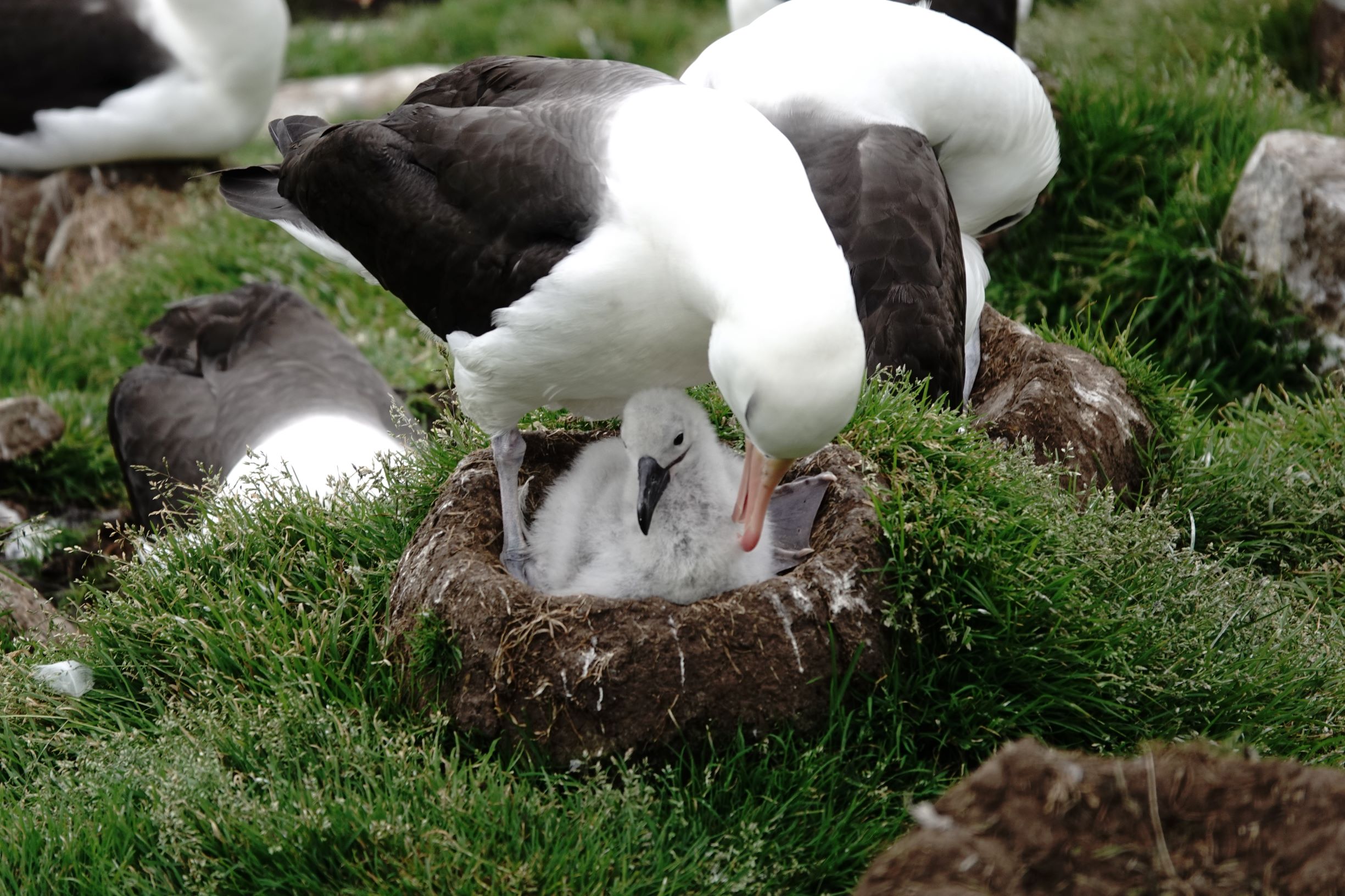 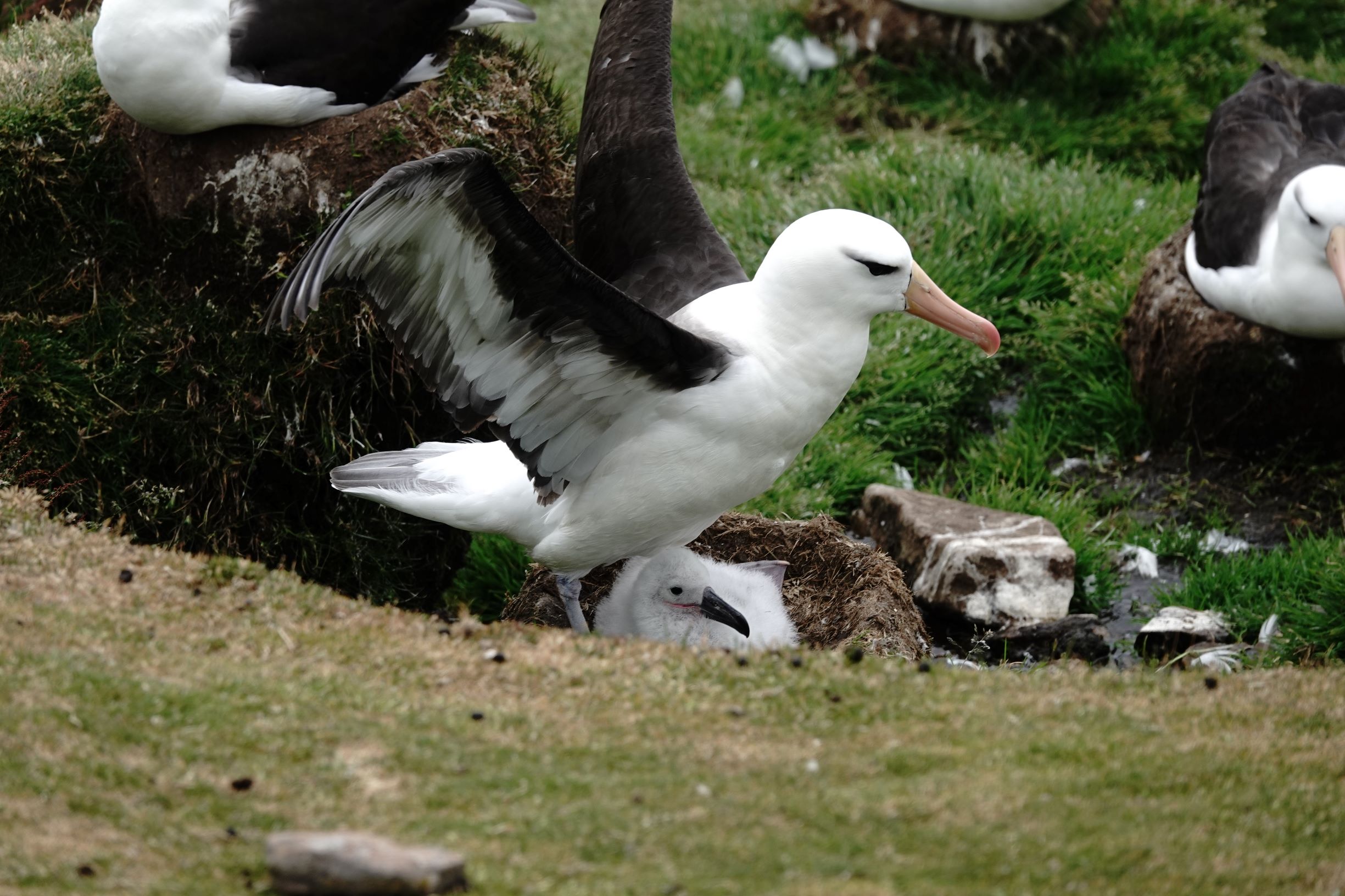 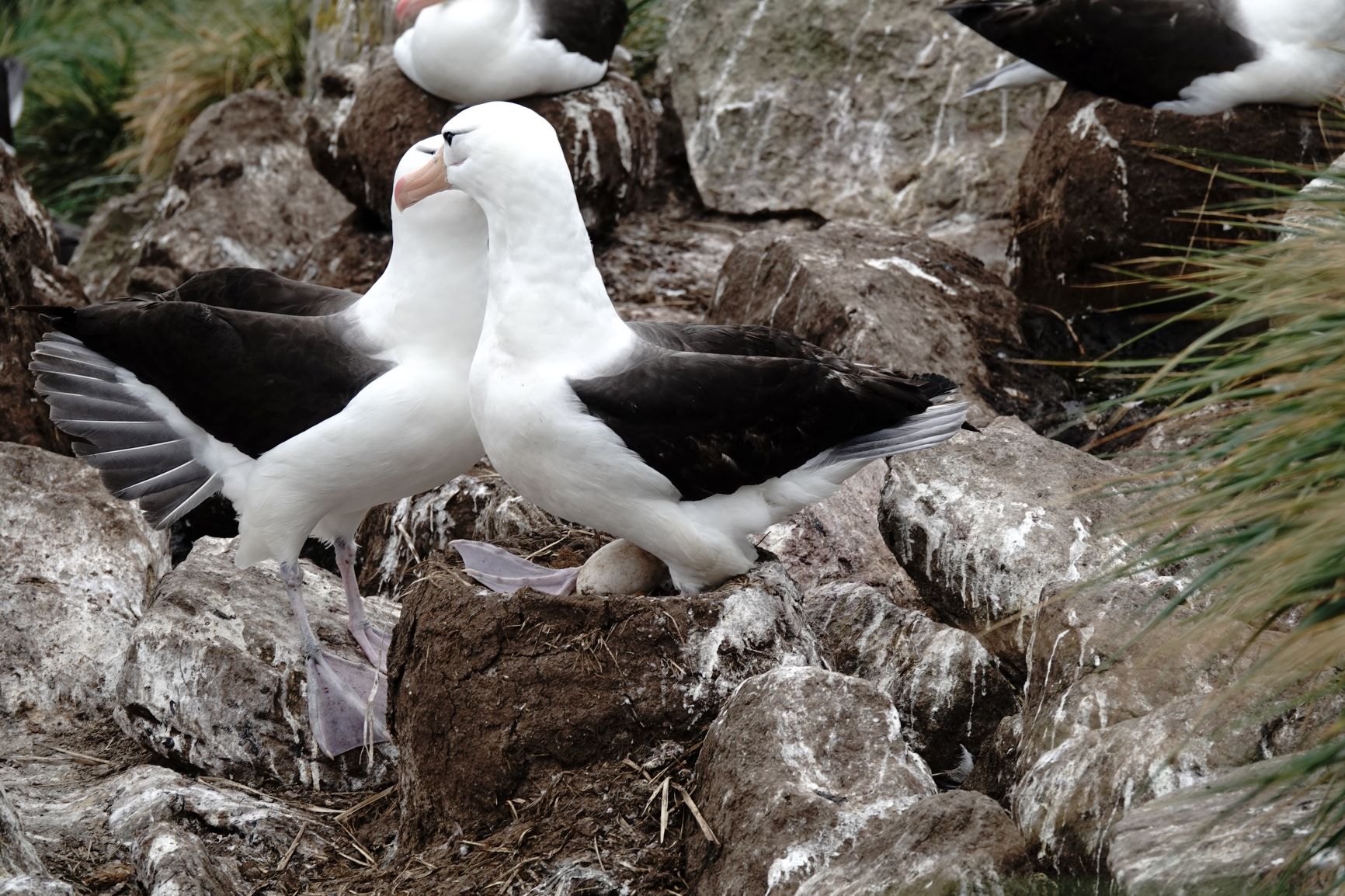 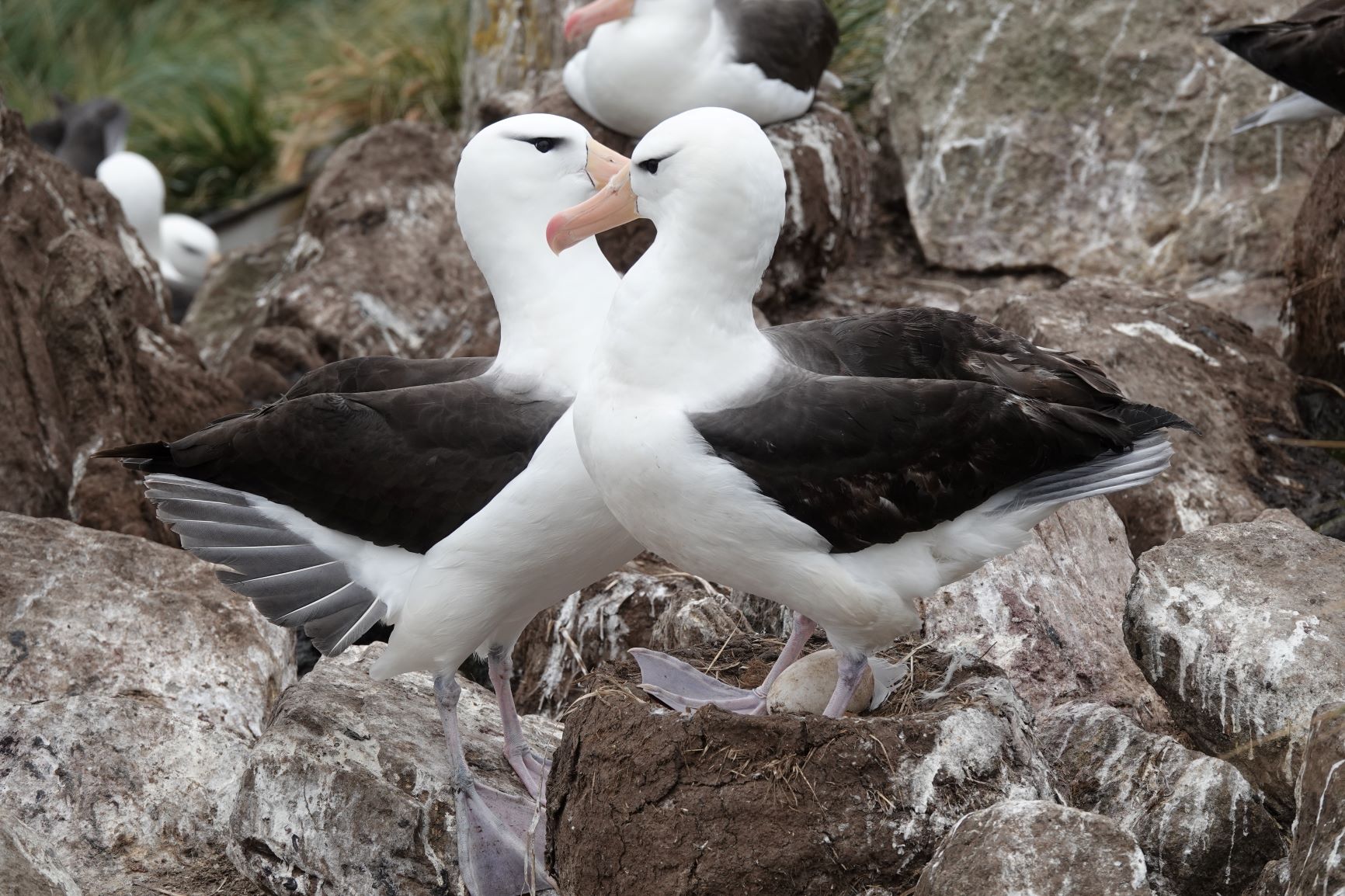 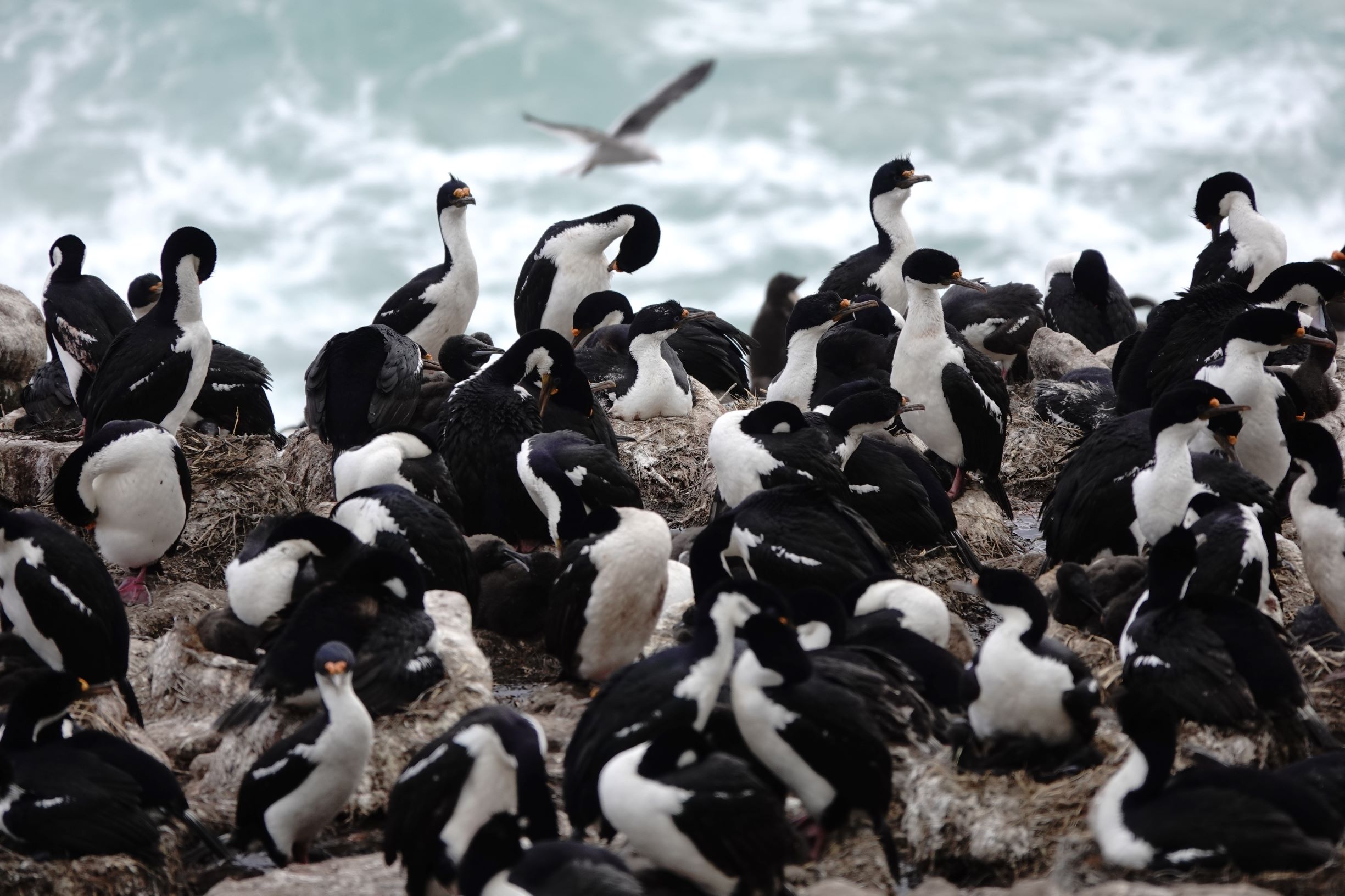