Reader Tony Eales from Australia is back with another batch of lovely insect photos. His captions are indented.

A quick tank top up: 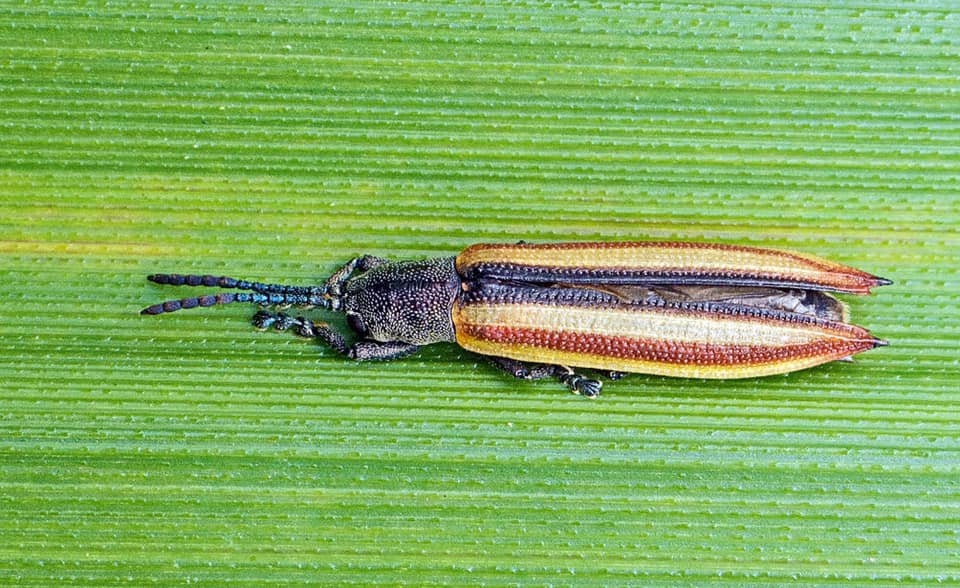 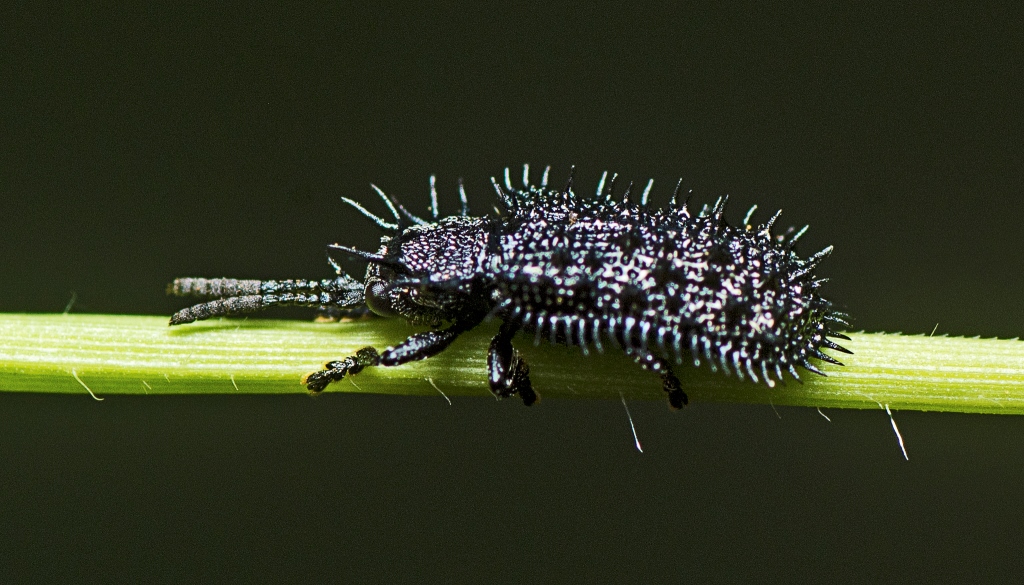 Next is a Shore Fly (family Ephydridae) Ochthera sp. These small flies are predators on midges and mosquitos as well as other small flying insects. I watched this one on the side of my pool while I was lounging about in the water and decided to risk getting the good camera gear. They do a lot of gesticulating with their raptorial forelegs. It’s cute and mesmerising. I’ve attached a video [JAC: I put it on YouTube.] 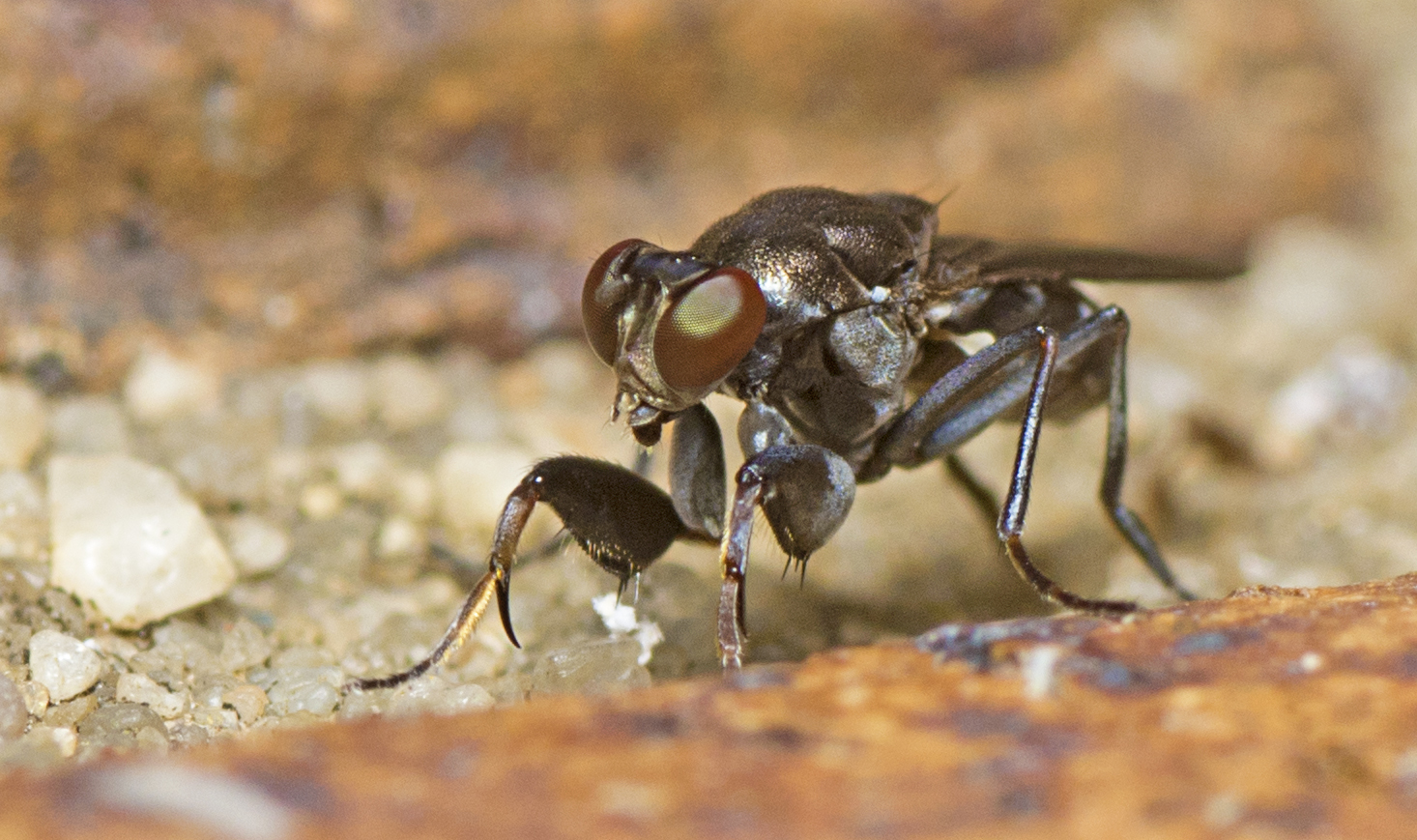 Next I think are hatching sawfly larvae, but they might be leaf beetle larvae. I’m not certain. 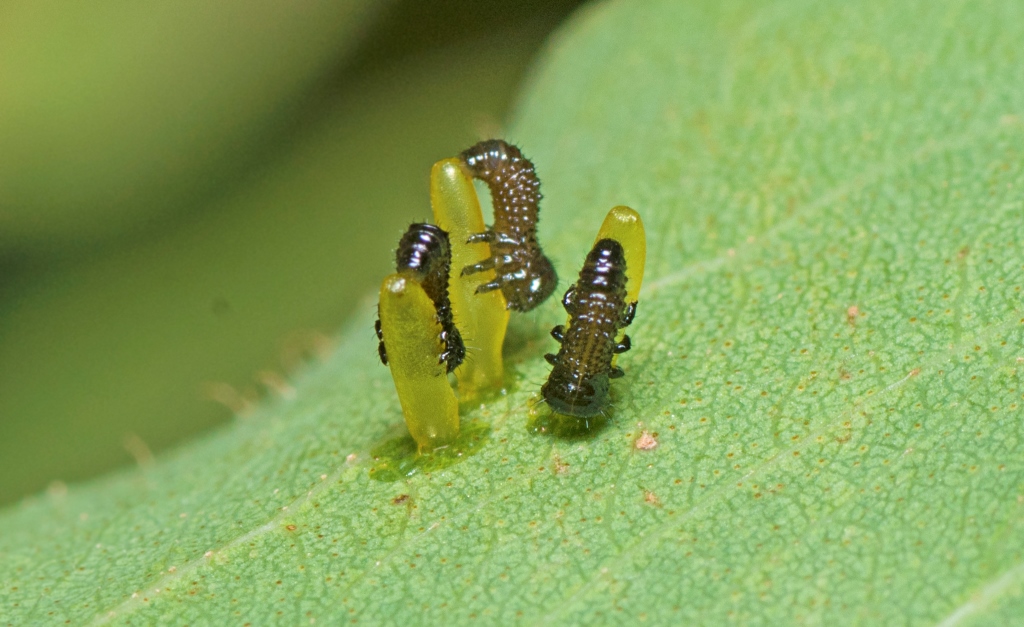 Next is a newly hatched False Garden Mantis, Pseudomantis albofimbriata 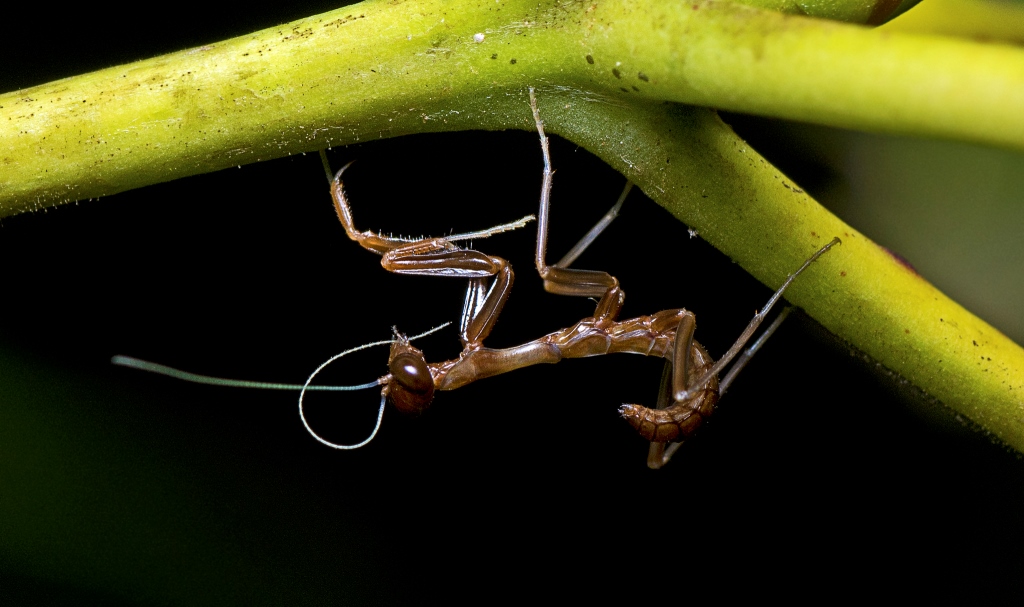 There’ve been quite a few Owlflies (subfamily Ascalaphinae) around lately, they are in the same order as lacewings, antlions and mantis-flies. This one is in the genus Suhpalacsa 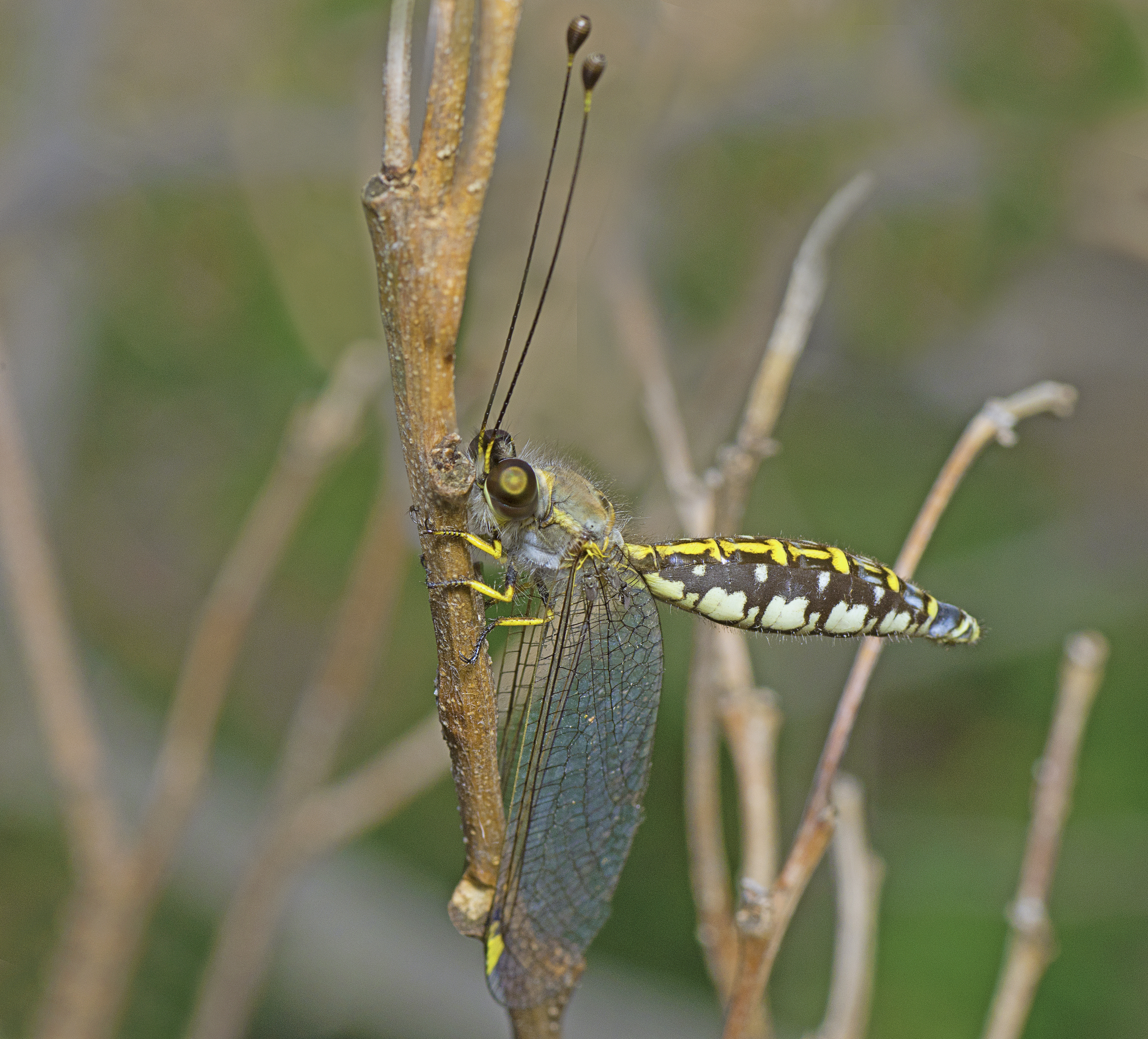 Lastly a Blue Tiger/Blue Wanderer, Tirumala hamata hamata. In some years they do mass migrations and you see them flying through the city. There was one such migration a few years back and I counted these flying past my office window in the city centre at the rate of one every 25 seconds for about a week. 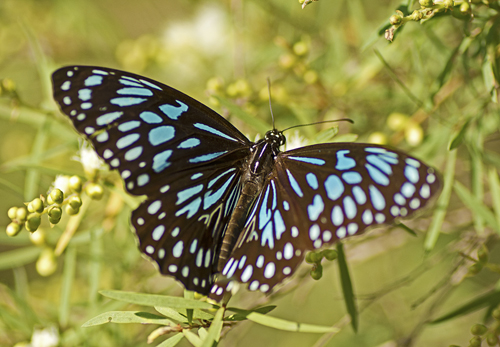