I’ve written a bit before about the “race and gender penitentes“: those people, generally white, who publicly confess how racist/sexist/transphobic they are, while at the same time asserting that every white person, or every male, or every straight person, partakes in that kind of bigotry. Even if you think you’re not bigoted in these ways, there are always courses or people ready to instruct you that your bigotry may be unconscious. (Indeed, there may be some truth to this, but more later on in this post.)

The latest incarnation of the penitentes is reported in this Guardian article (click on screenshot), in which wealthy white women pay a lot of money to be called out on their racism by two women of color. 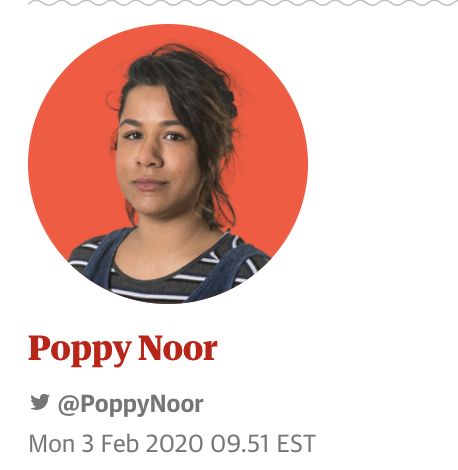 It’s clever—the women come to a fancy dinner, and because of the circumstances they cannot leave before they flog themselves.

This is Race to Dinner. [JAC: Read the page. It’s a bit confrontational!] A white woman volunteers to host a dinner in her home for seven other white women – often strangers, perhaps acquaintances. (Each dinner costs $2,500, which can be covered by a generous host or divided among guests.) A frank discussion is led by co-founders Regina Jackson, who is black, and Saira Rao, who identifies as Indian American. They started Race to Dinner to challenge liberal white women to accept their racism, however subconscious. “If you did this in a conference room, they’d leave,” Rao says. “But wealthy white women have been taught never to leave the dinner table.”

Rao and Jackson believe white, liberal women are the most receptive audience because they are open to changing their behavior. They don’t bother with the 53% of white women who voted for Trump. White men, they feel, are similarly a lost cause. “White men are never going to change anything. If they were, they would have done it by now,” Jackson says.

White women, on the other hand, are uniquely placed to challenge racism because of their proximity to power and wealth, Jackson says. “If they don’t hold these positions themselves, the white men in power are often their family, friends and partners.”

Before they come to the dinner, every guest is required to read the book White Fragility, which I can’t comment on because I haven’t read it. The women are asked by Jackson and Rao to confess to their racism, answering questions like, “What is your most recent act of racism?” Here is one example of what happens:

Across from Campbell-Swanson, Morgan Richards admits she recently did nothing when someone patronizingly commended her for adopting her two black children, as though she had saved them. “What I went through to be a mother, I didn’t care if they were black,” she says, opening a window for Rao to challenge her: “So, you admit it is stooping low to adopt a black child?” And Richards accepts that the undertone of her statement is racist.

As more confessions like this are revealed, Rao and Jackson seem to press those they think can take it, while empathizing with those who can’t. “Well done for recognizing that,” Jackson says, to soothe one woman. “We are all part of the problem. We have to get comfortable with that to become part of the solution.”

In that case, the act was not doing something, but failure to do something: failure to call out an acquaintance who was being patronizing. And indeed that women was—and was insensitive too. But had Morgan Richards called her out, would any good have been done? I don’t think so. She would have lost a friend, and there would have been no change in societal racism. For that is my issue with much of this stuff: it serves largely to absolve the women of their guilt while not even addressing the real problems of race in America.

And it’s like a Catholic confession as well. You get absolution, and then you must to say your Hail Marys—journaling in this case:

As more confessions like this are revealed, Rao and Jackson seem to press those they think can take it, while empathizing with those who can’t. “Well done for recognizing that,” Jackson says, to soothe one woman. “We are all part of the problem. We have to get comfortable with that to become part of the solution.”

Carbonara is heaped on to plates, and a sense of self-righteousness seems to wash over the eight white women. They’ve shown up, admitted their wrongdoing and are willing to change. Don’t they deserve a little pat on the back?. . . .

. . . In the conversation that followed the dinner, Campbell-Swanson, who couldn’t get her racist thoughts out, committed to writing a journal, jotting down daily decisions or thoughts that could be considered racist, and think about how to approach them differently.

I don’t know much about Regina Jackson; her “dinner” bio is here. Rao, on the other hand, seems to be an unpleasant piece of work, and even the Guardian article mentions her anger and dogmatism that spoiled several dinners. You can get a sense of Rao’s character from her Twitter feed, where she’s always denigrating white people, a form of racism that’s apparently okay. Here’s one example of woke logic from just yesterday:

I clearly don’t like these kinds of dinners, but I’m not going to rant about those who try to get whites to think about their bigotry—hidden or otherwise. For making people examine their attitudes is precisely what Dr. King and his associates did during the civil rights movement of the Fifties and Sixties. What they didn’t do, but what happens at these dinners, is that whites are hectored into ‘fessing up. Instead of prompted to recognize what’s immoral about society, the Dinner Women are prompted to admit what’s immoral about their own attitudes. And many universities have courses have courses that are like these dinners, designed to get us to confront our hidden racism (or, less often, sexism).

The thing is, Jackson and Rao have a point. Two points, actually. First, many of us—and I don’t exempt myself—do have some inculcated bigotry, much of it probably stemming from our upbringing. Who among us can say that they are 100% free of racism or (in the case of men) sexism? But recognizing that is far from being enough. It’s not even the best way to start. One has to do something about the results of a racism that has acted in America for over two centuries, not in your brain over your lifetime. The latter is what the “Dinner Racists” do, but what good has really been done? The goal is to improve the lot of marginalized people in society, not to rid yourself of the vestiges of bigotry. Those vestiges can remain, but you can overcome!

And that’s the difference between Rao and Jackson on the one hand and Dr. King on the other. King was effective not because he hectored white people into admitting their racism. He was successful because he confronted us all with the results of racism: the terrible living conditions of many African-Americans, the brutality of the police, the pervasive segregation, the refusal to let blacks into Southern colleges, and so on. There is nothing like seeing police turn fire hoses and billy clubs on peaceful demonstrators to bend the arc of the moral universe towards justice.

When I drive through the South Side of Chicago, which is almost completely black, and see the dire living conditions for many, or see how inferior the schools are in black communities than in wealthier white communities, then I truly grasp that these things are the sequelae of racism. This is the kind of thing that people need to be exposed to, not hectored about how racist they are. The former can, in my view, change minds, while the latter seems to have no tangible benefits—at least for society. (In one sense, this is what the New York Times‘s 1619 Project is trying to do, but they’re turning off people by distorting history and asserting that every aspect of American society reflects racism.)

The inequities in American society are the result of people’s failure to act publicly—something that will remain even if people are prompted to ferret out hidden traces of their bigotry. I’d prefer to send these women to spend a day in an inner-city school, for I think that would have immensely greater social consequences than forcing them to ‘fess up over spaghetti carbonara. (I once went to such a school in New Jersey where a friend of mine was teaching, and it’s an experience I’ll never forget.)

And ditch those college courses that so resemble the confession sessions of China’s Cultural Revolution!  Fixing the race- and sex-based inequities in American society is going to take decades and lots of money and willpower. But that’s what’s required to achieve equality of opportunity. It certainly won’t happen in my lifetime. But the will to do that comes from actually witnessing the immorality of those inequities, and realizing that a lot of them, where race is concerned, ultimately trace back to slavery. But, in the end, I still think that demonstrating to people is a lot more useful than hectoring them, for hectoring can be counterproductive while, in contrast, demonstrating inequities is at worst neutral, and at best produces things like the Civil Rights Act of 1964.