Today we feature a couple of photos from the past month or so, all sent by reader Christopher Moss. His captions are indented. The first pictures are of a Mystery Bird.

I’m stumped with this one! Starling sized, thin beak (unlike a grosbeak or finch beak), yellow breast and vent, with a whitish belly. No white lines around the eyes like the yellow breasted chat (and the chat doesn’t have the white edging to the primary wing feathers this one has). The best I can think of is that it might be a female northern oriole, Icterus galbula (aka Baltimore oriole, or Bullock’s oriole for the western race). If it is a northern oriole, it really ought to be in Florida or Mexico by now. But then again, I also have a flock of goldfinches that ought to have gone off to their trailer parks in Florida like good Canadian “snowbirds” by now! Here she is:

Readers, can you help? 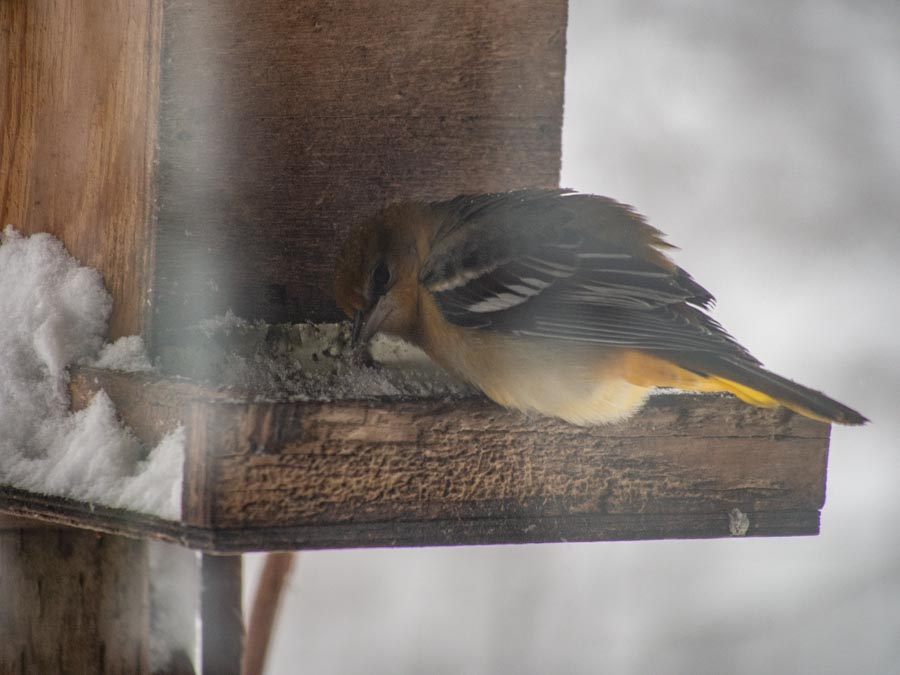 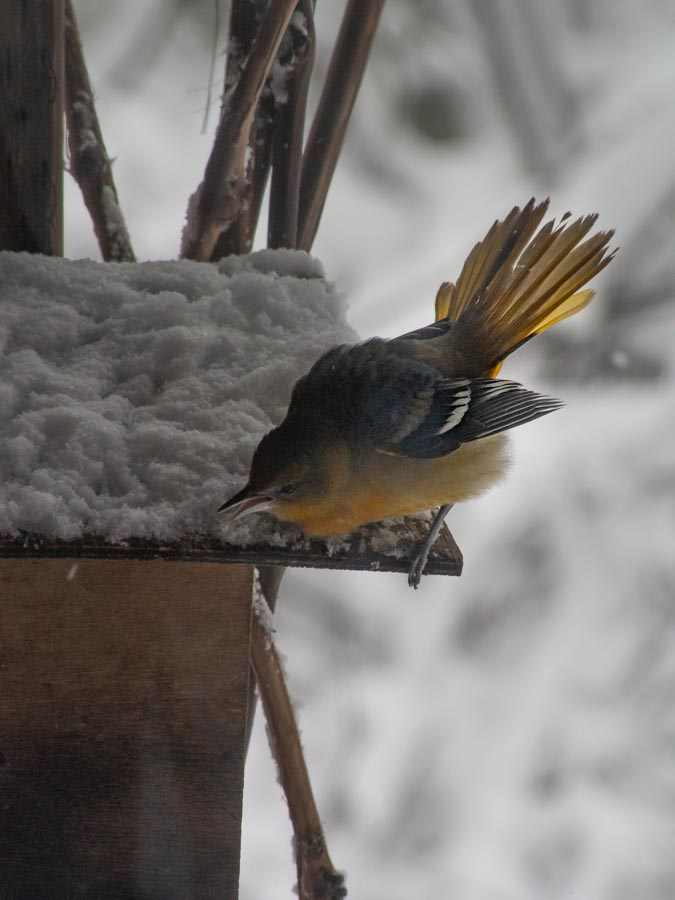 Vagrant Northern Cardinals (Cardinalis cardinalis) in Nova Scotia, where their appearance is rare:

I finally managed to catch both Cardinals in one frame, but they wouldn’t sit together on the jury-rigged bird table I put up in haste for the shyer birds. Below is a Cardinal with the Northern Oriole, and a close-up of the female oriole. I also had a pair of white-breasted nuthatches doing acrobatics on a hanging feeder but they wouldn’t consent to a photo! 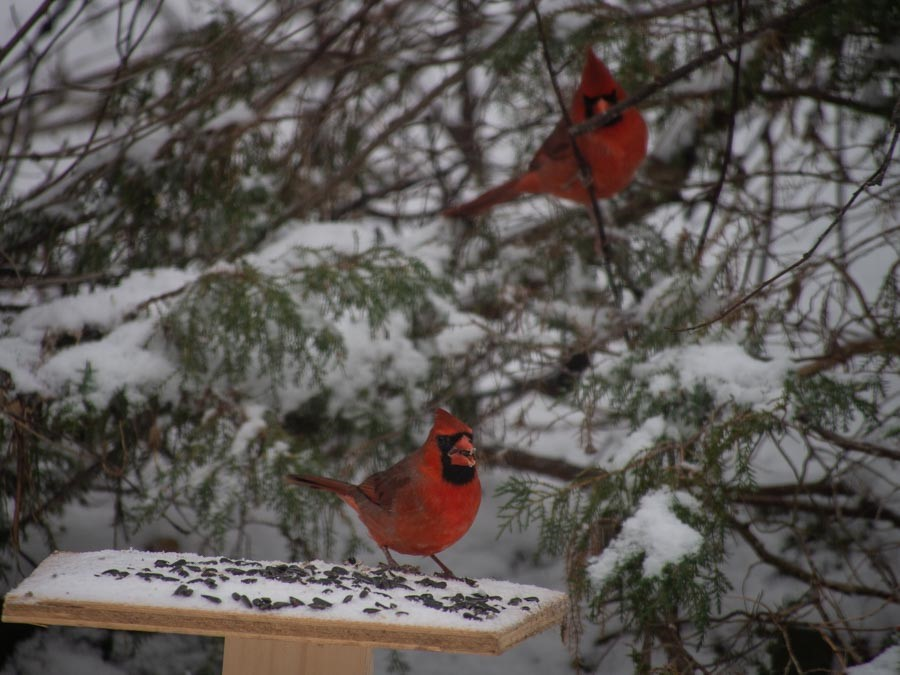 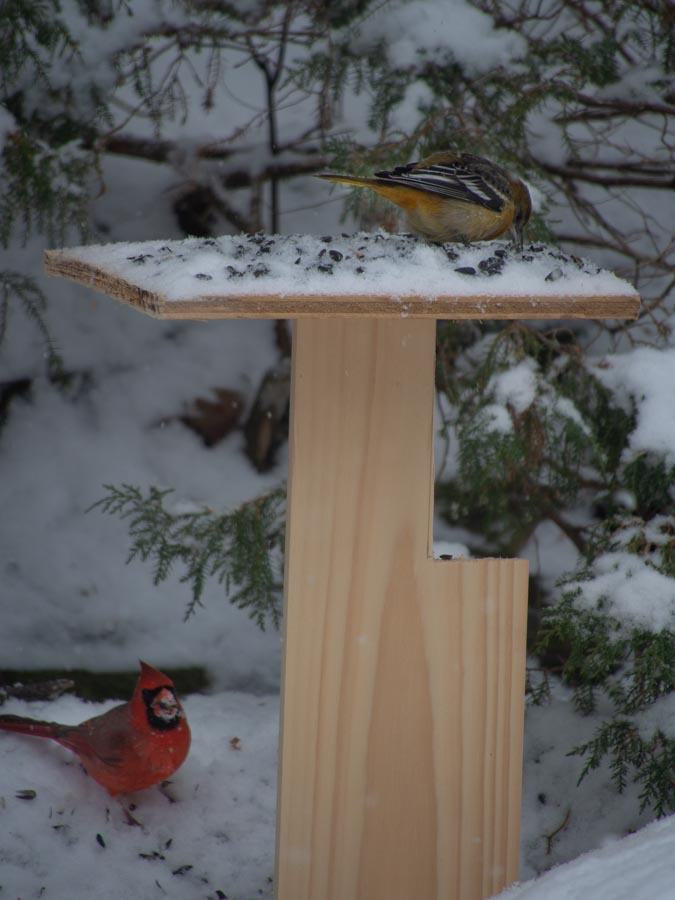 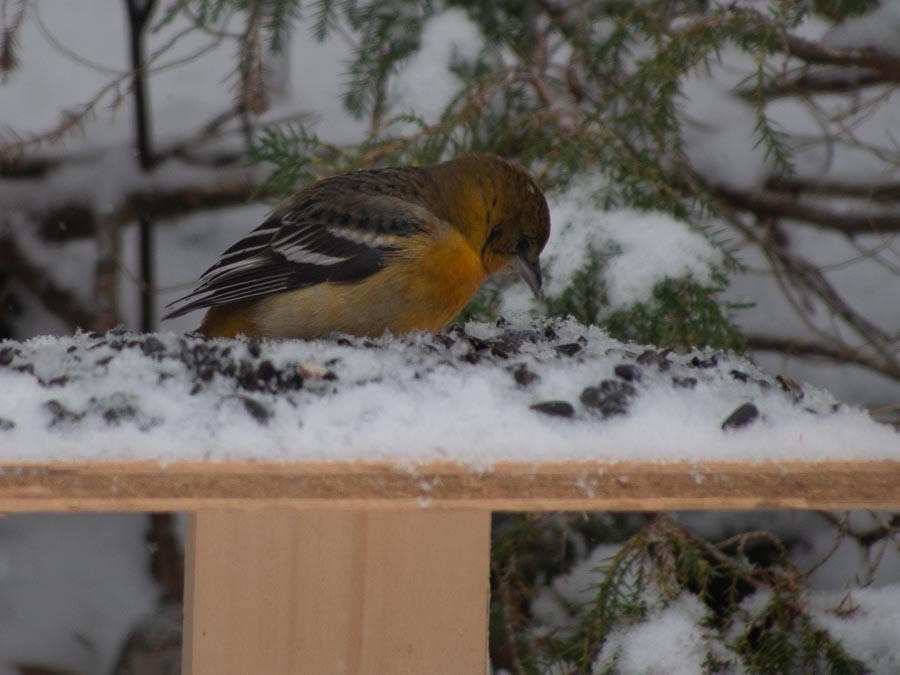 We have four kinds of woodpecker in the garden: Hairy, Downy, Pileated and the Flicker. This one is a female Hairy (Leuconotopicus villosus), and she gets her name from the little tuft of yellow feathers above the beak. The male looks much the same except for a red patch on the crown of his head. 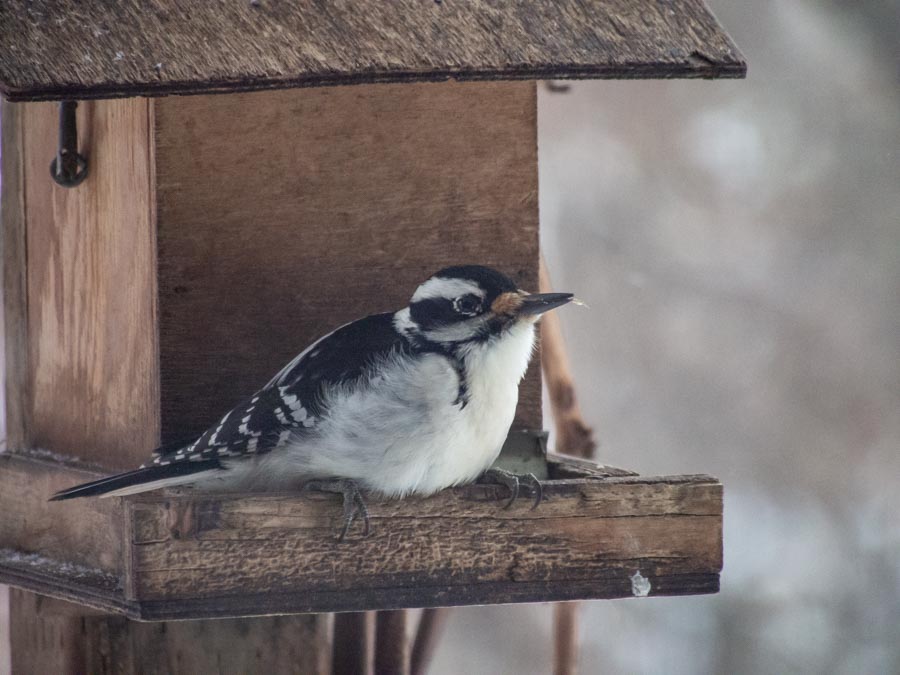 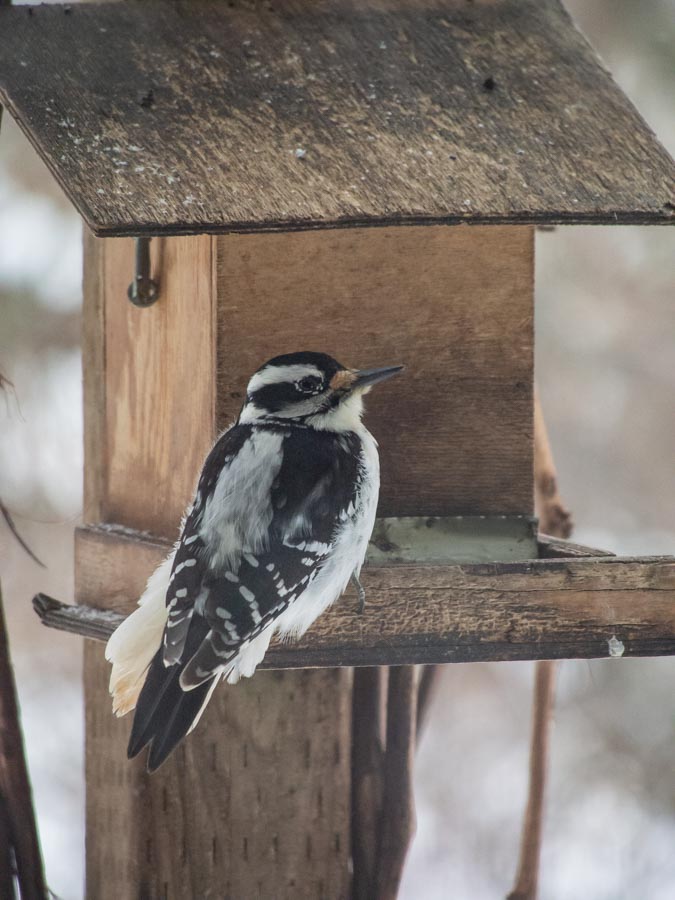 A better shot of our piebald White-tailed deer (Odocoileus virginianus). Looks like she’s been stealing from the birds! 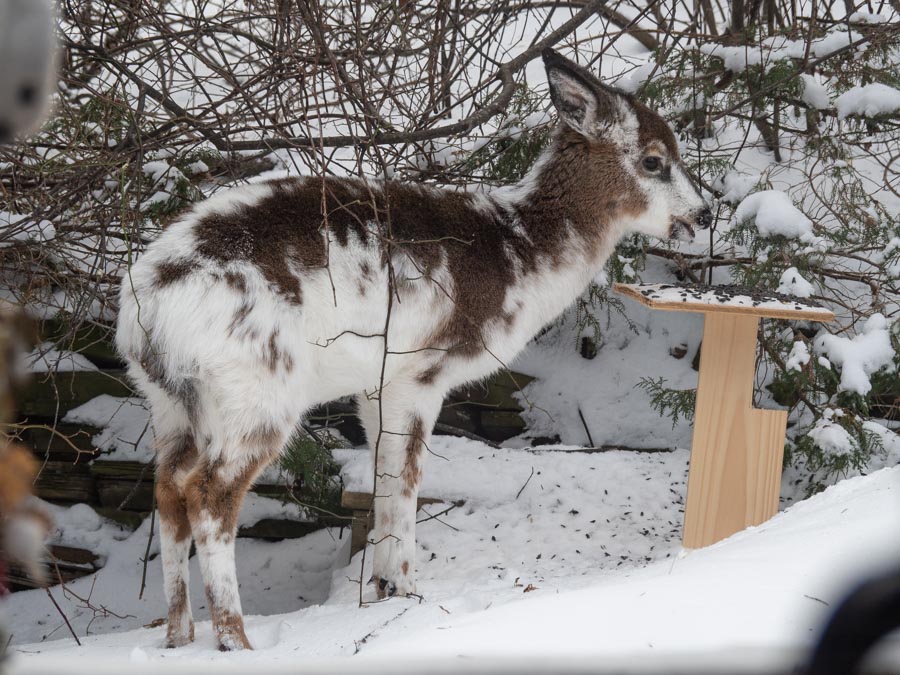