If you’ve got some good wildlife photos lying around, think about sending them to me! Today we have some photos by reader William Savage, taken when he used to live in Arizona. His notes and IDs are indented.

These photos were taken in the yard of the house where we lived in Tucson, AZ, during the years when we crossed the Atlantic and lived in America. Identifications added, together with a few notes.
Bobcats (Lynx rufus) were fairly frequent visitors. Most walked through and simply ignored us, but I caught this one sunning itself. 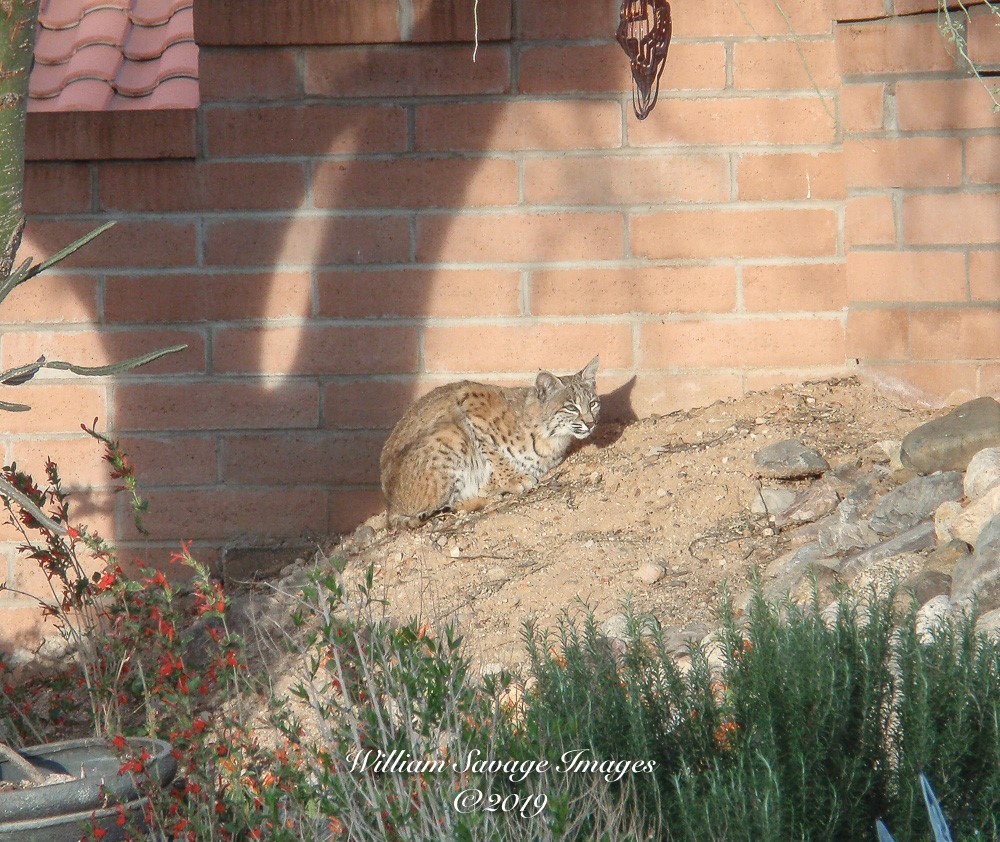 Cactus Wrens (Campylorhynchus brunneicapillus) were in the garden all the time and nested in the mature chollas (Cylindropuntia sp.). This one was having a drink. I believe it is the largest wren in the world. 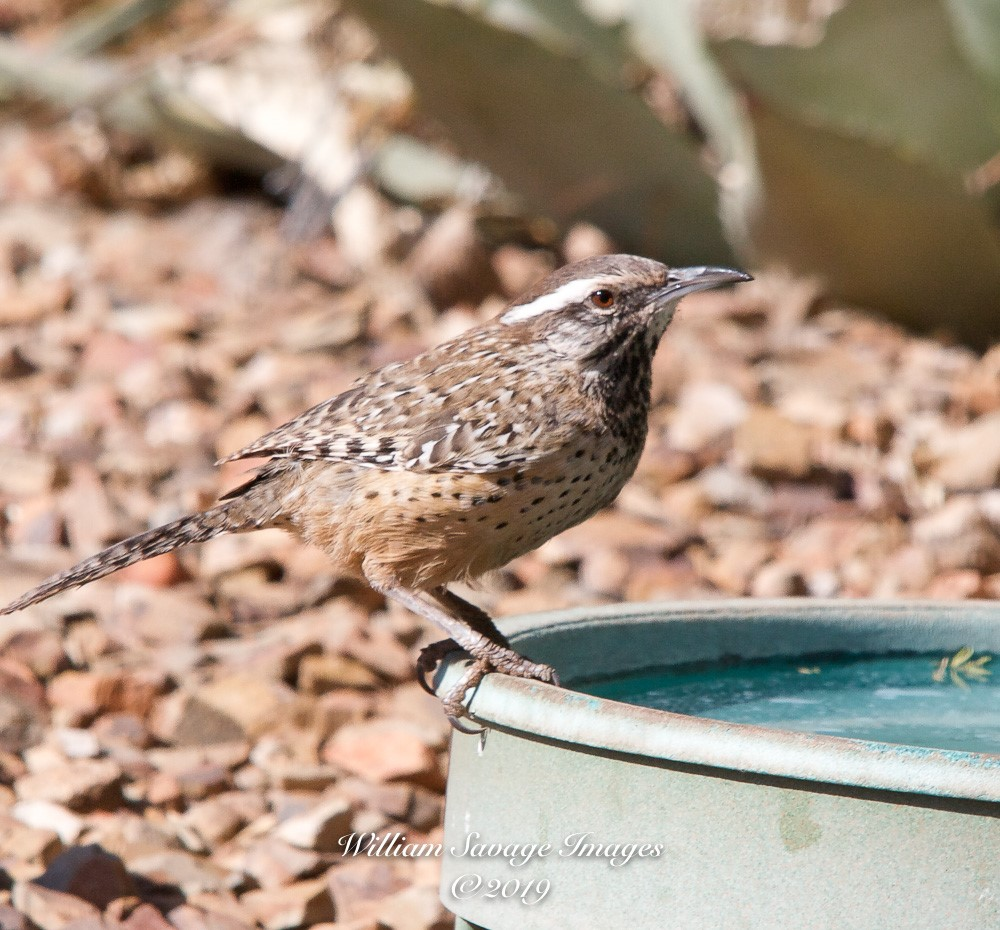 Costa’s Hummingbirds (Calypte costae) were also ubiquitous and greatly enjoyed the food we put out for them. I was always amazed that they showed no fear of humans at all, often flying right up to your face and peering at you to see what you were. 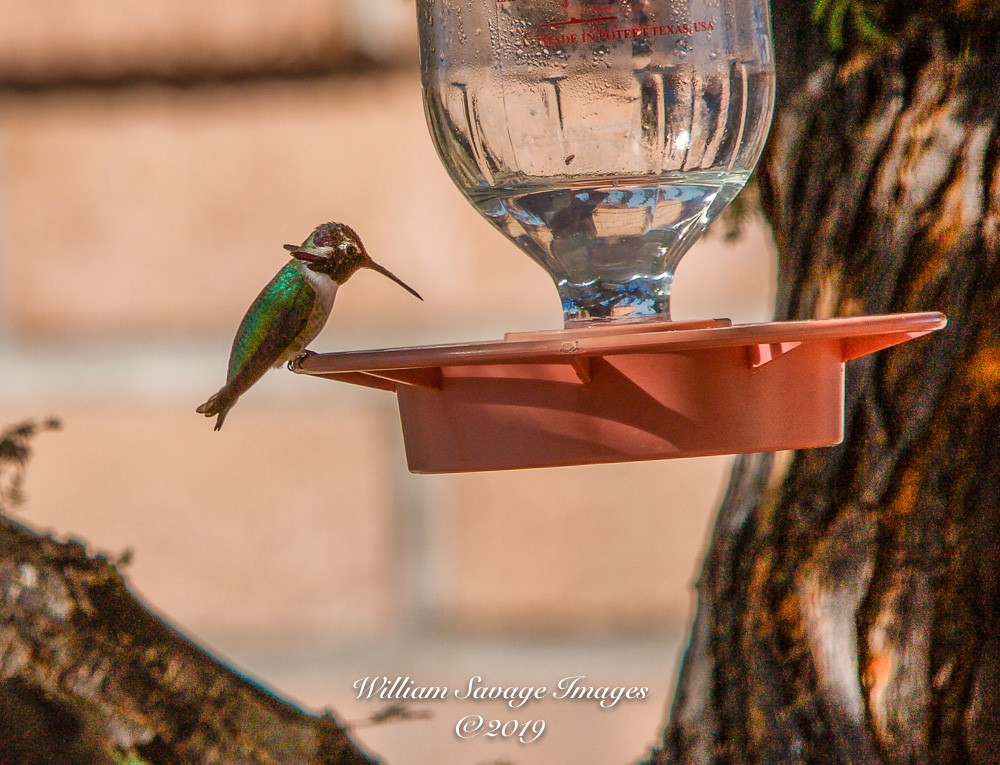 Gambels’ Quail (Callipepla gambelii) were everywhere. You heard their distinctive calling from dawn to dusk. This one is a female; perhaps one of those who nested every year in a large pot right beside our front door, filled with penstemon flowers (Penstemon parryi). 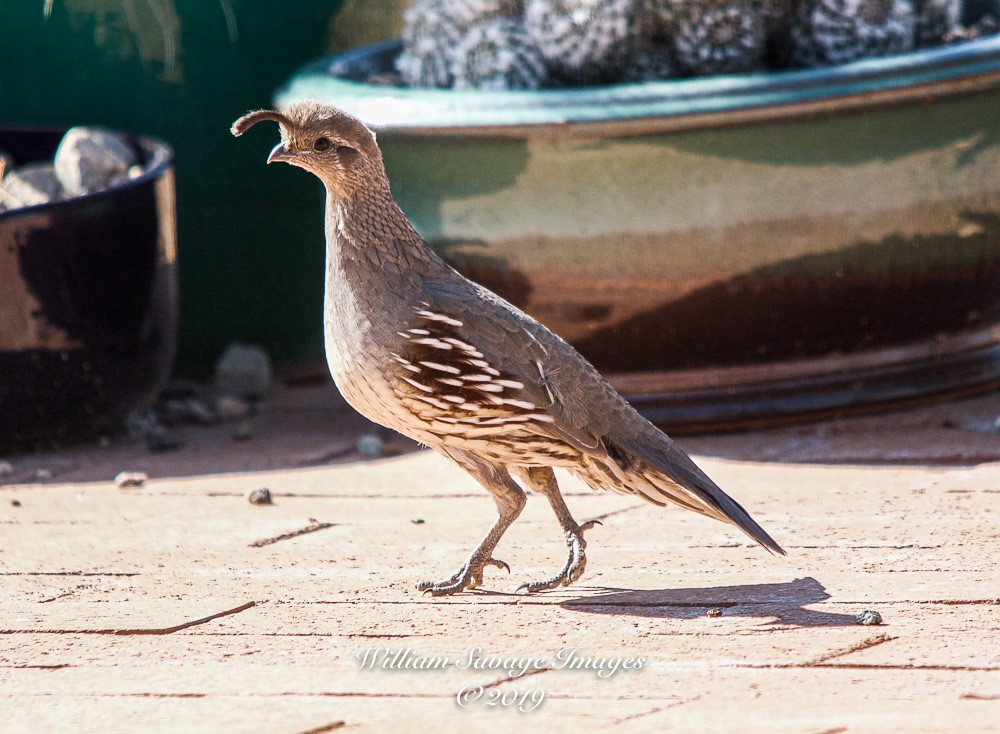 An American Goldfinch (Spinus tristis) in one of our Velvet Mesquite trees (Prosopis velutina). These were also common visitors and are no relation to the European Goldfinches (Carduelis carduelis c. britannica) we get in our garden now, which have more red and white on them than gold. 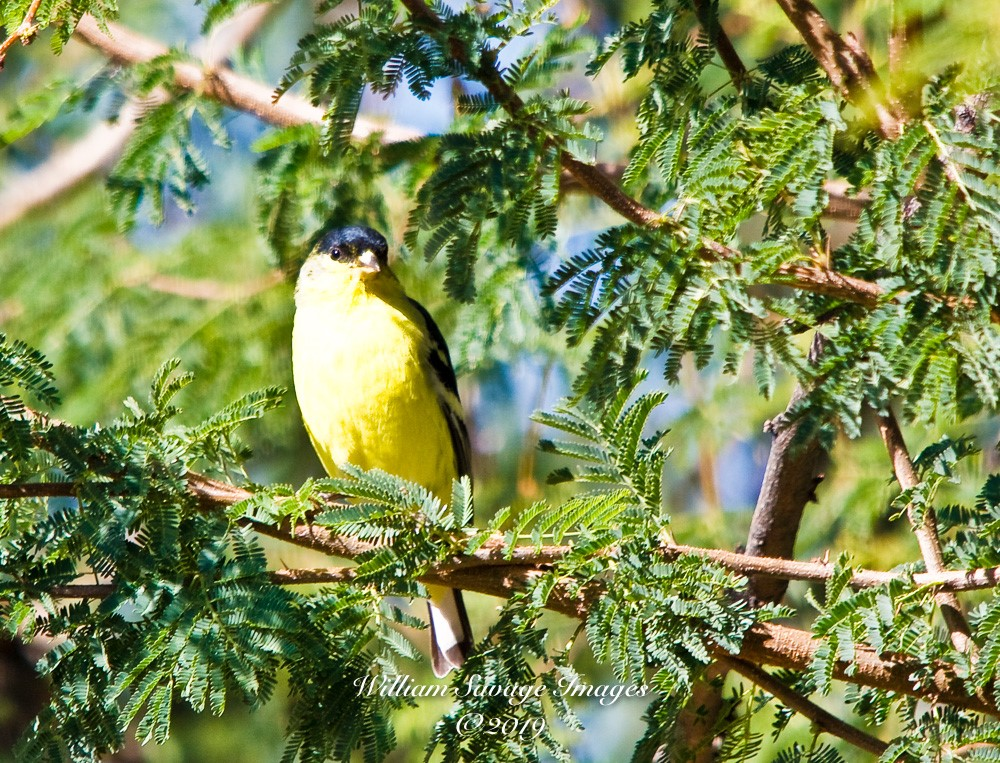 A friend of ours made us an owl box to hang on a mature Palo Verde (Parkinsonia microphylla) tree. The very first year we hung it up, it was used by a pair of Western Screech-owls (Megascops kennicottii) to raise two young. 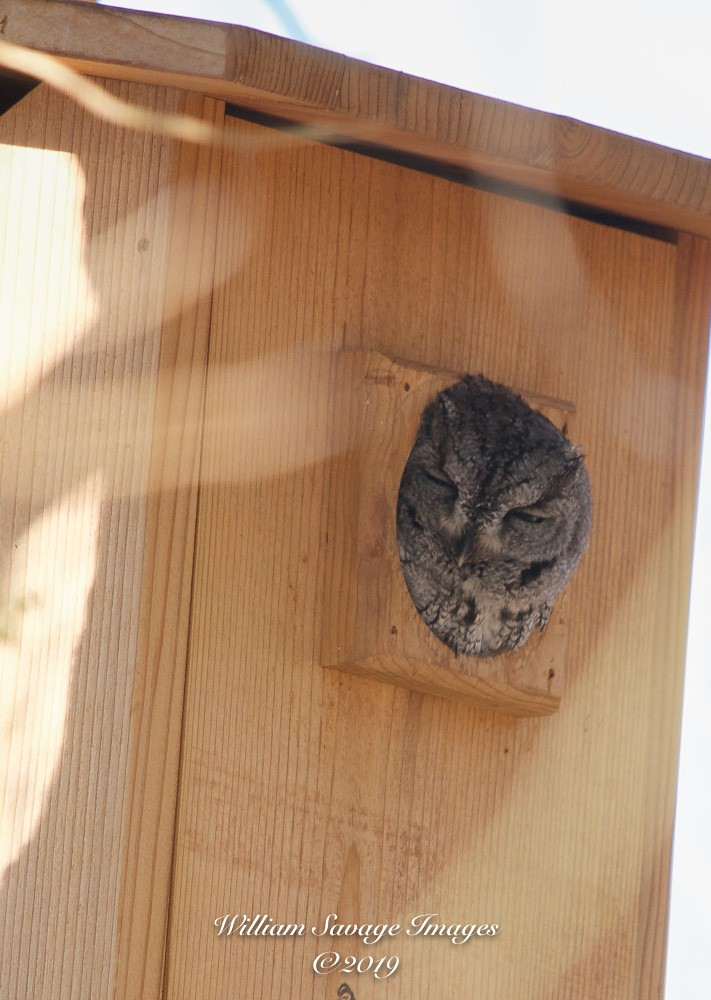