Peyton, the Philosophical Cat, is not much moved by the holidays, except that, with someone at home during the day more frequently, she’ll be able to have her midday treat more often—her choice between salmon snacks or a paté. 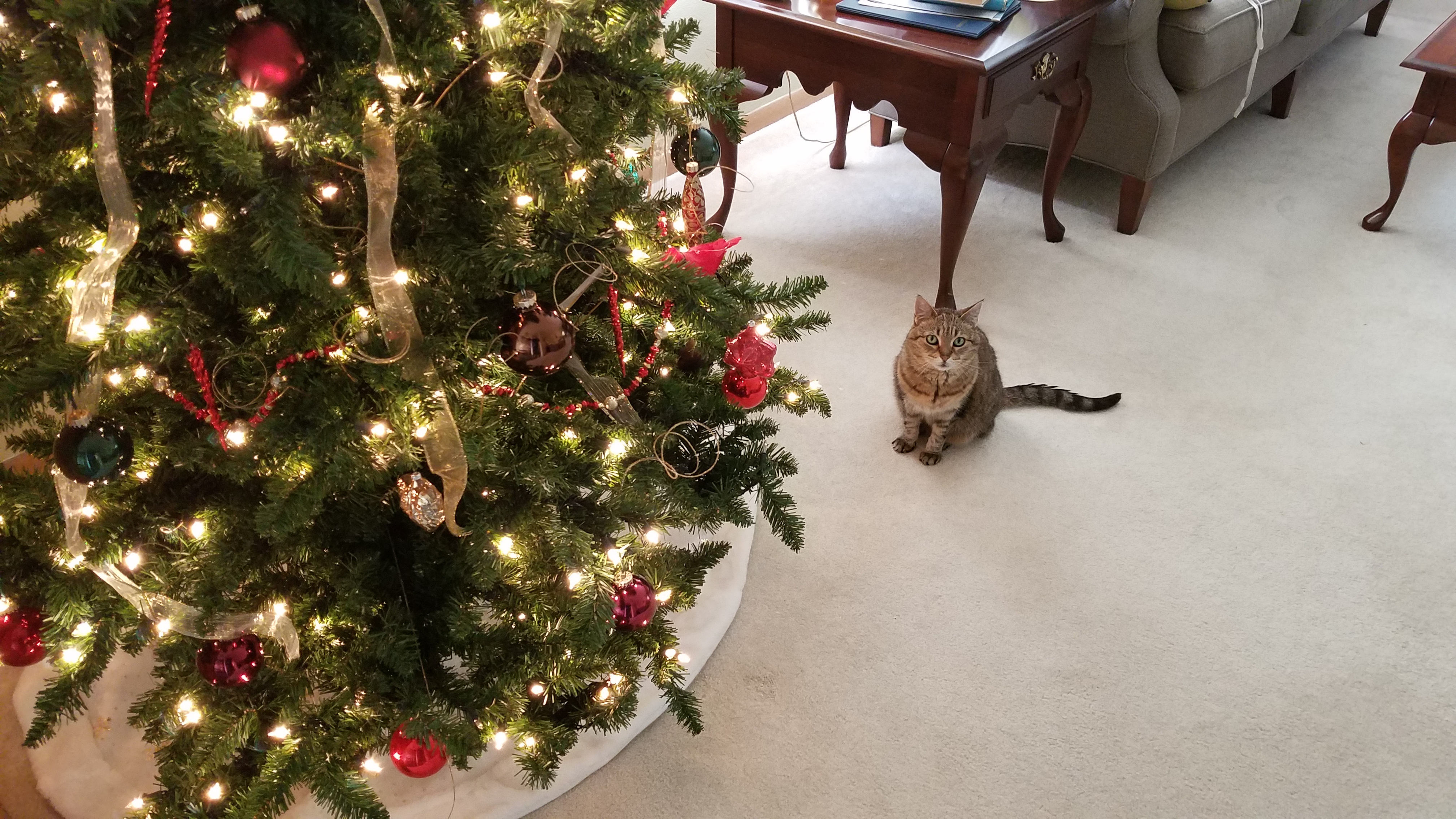 Unusually, she’s not taken to sleeping under the tree this year, but she has found a spot on the dining room table amongst the accoutrements of the holidays. Her eyes are very bright, which I attributed to the flash, but another viewer of the photo thought it was because Peyton can stare into your soul. 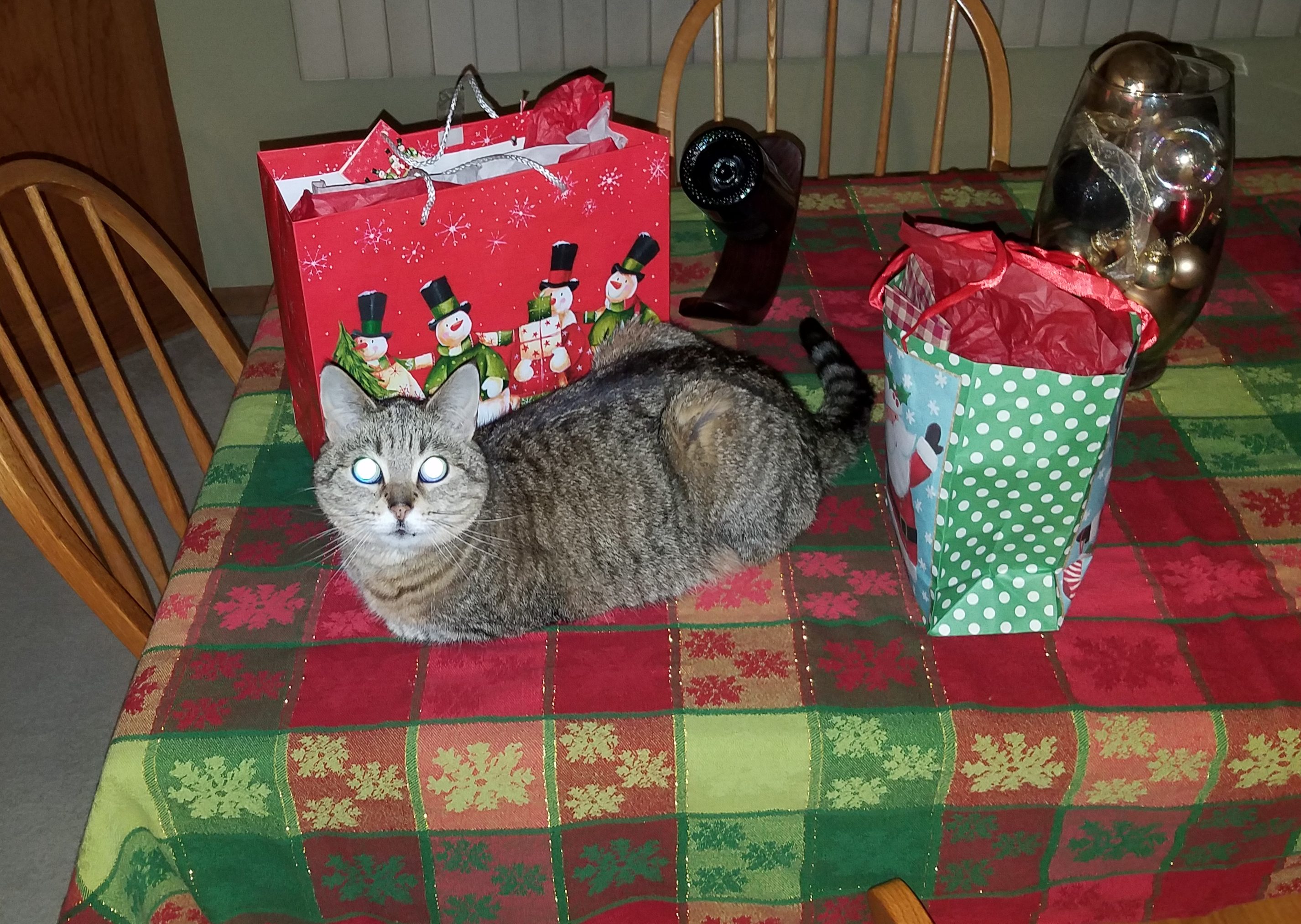 I’m cat-sitting over Christmas, so I can also share a second cat, Delilah, a longhair, who has both the hair and the cranial structure typical of the breed. 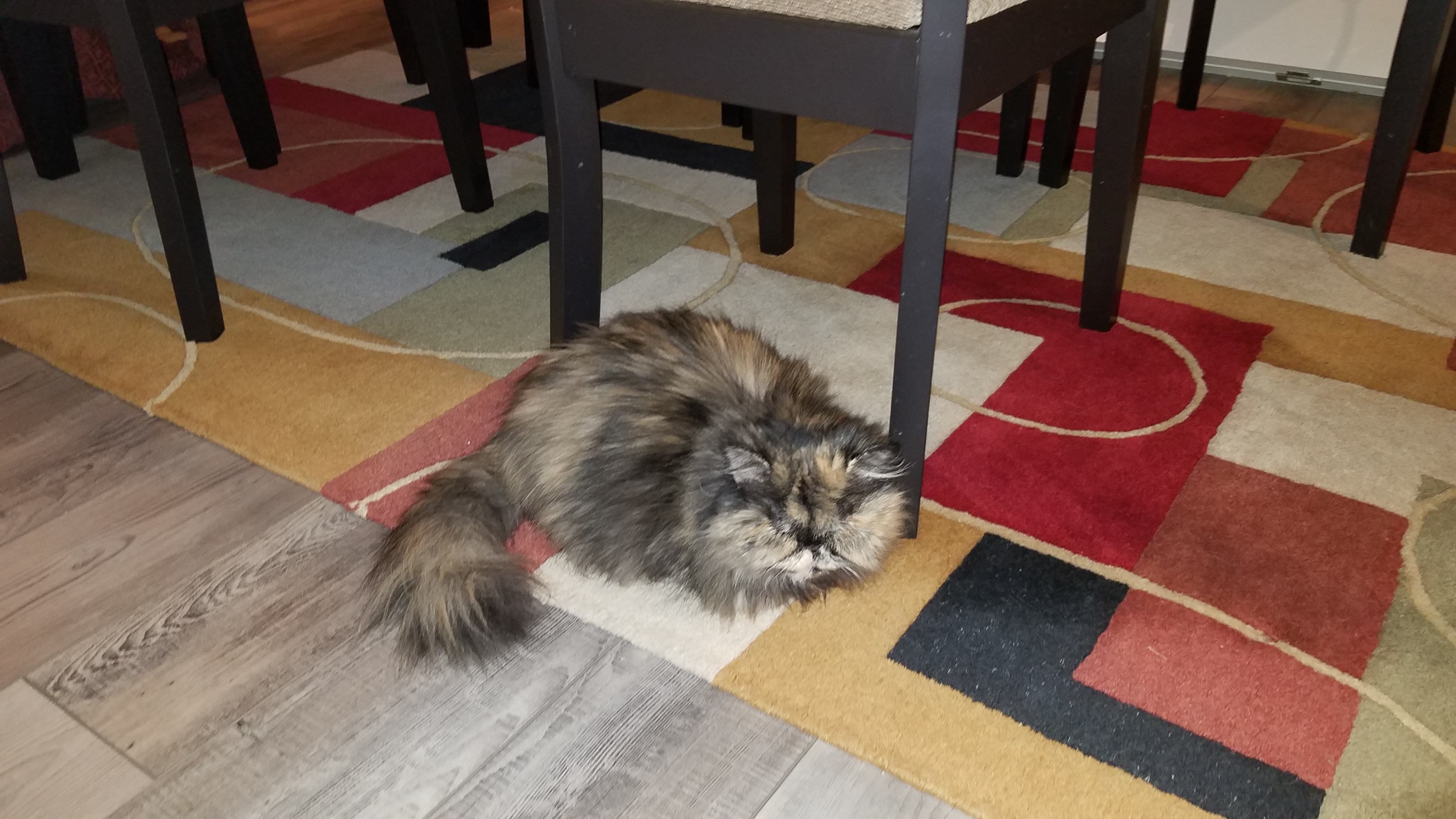 Delilah gave me a present, which she disdainfully glanced at in order to bring it to my attention, preferring for herself canned cat food to fine Belgian chocolates. 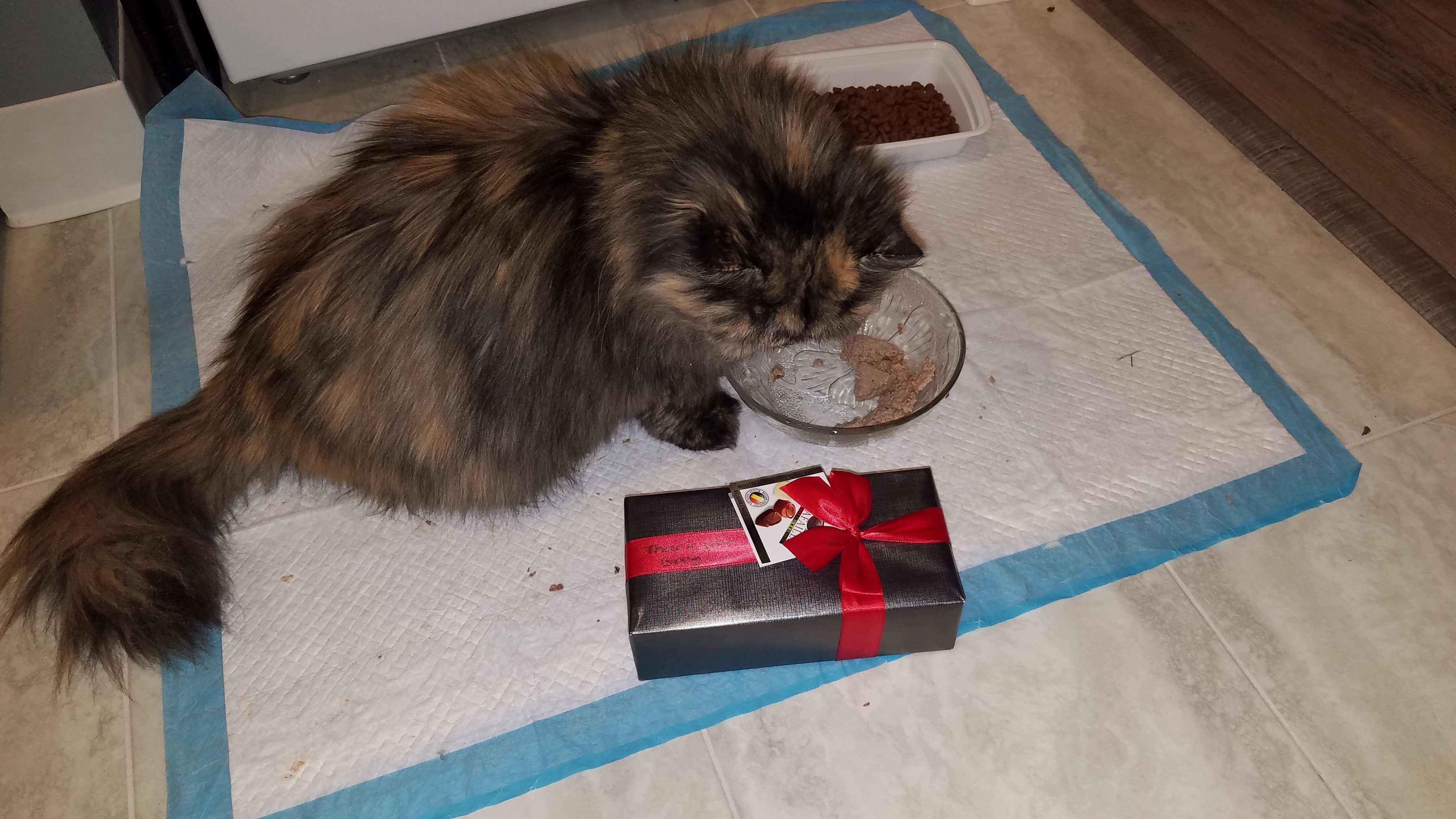 And even though he’s a d-g, here’s Peyton’s nephew, Q-Tip, taking more advantage of the under-tree space at his house. (And, yes, obviously, he’s her nephew by adoption.) 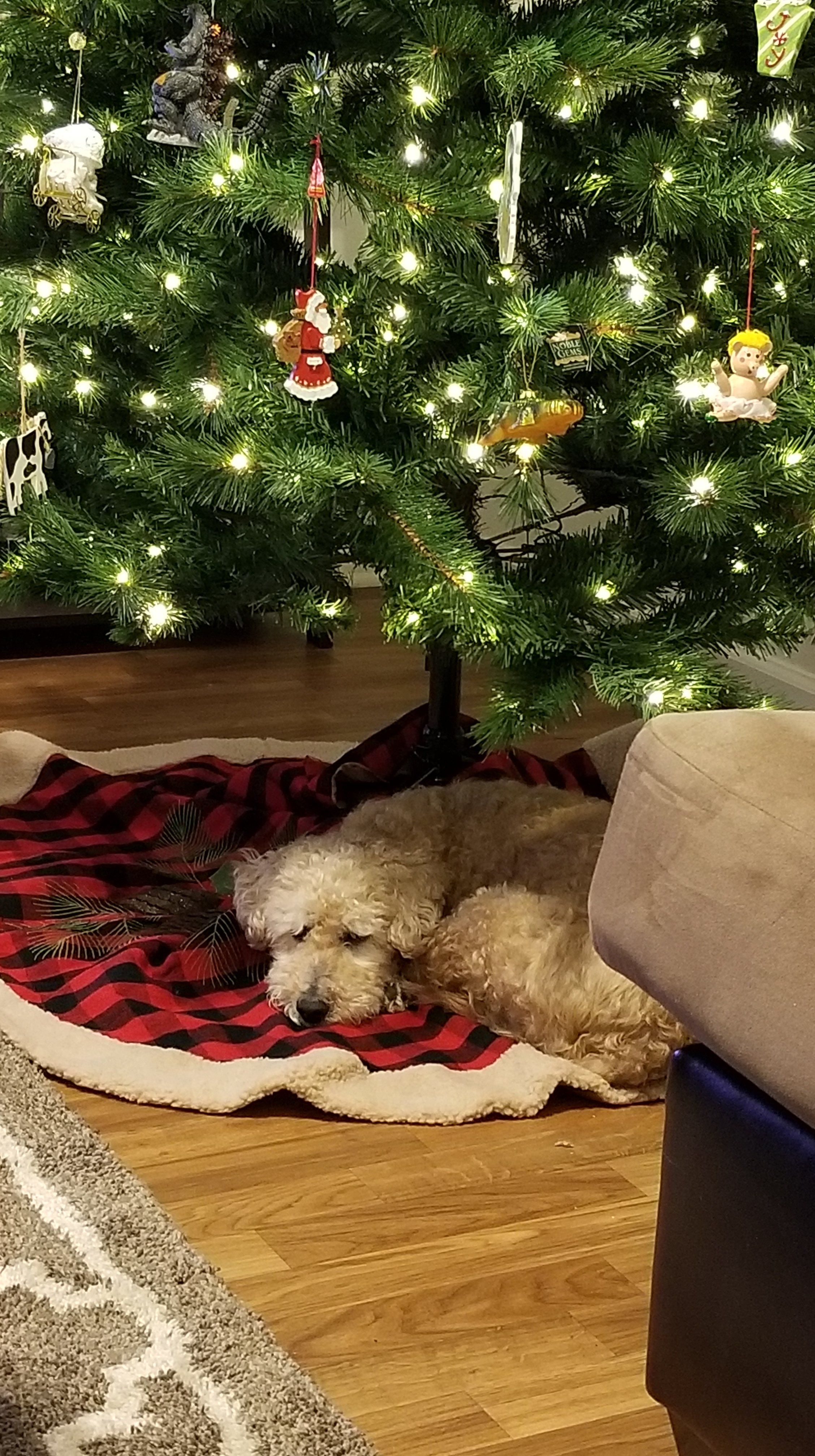