Good morning on a chilly Thursday: December 12, 2019, and a chilly 26°F (-3°C) in Chicago this morning, though we will likely get a few degrees over the freezing point. Botany Pond is frozen, though, and the ducks are gone, as I had hoped when we stopped feeding them a week ago.

It’s  National Ambrosia Day, celebrating a rather vile concoction of fruit and shaved coconut. And if you want to get the taste of it out of your mouth, it’s also National 12-Hour Fresh Breath Day.

You can also celebrate the Festival of Unmentionable Thoughts (also known as Taboo Day), Gingerbread House Day, National Poinsettia Day, and, in Japan, the day the Kanji of the Year is chosen: the character best representing the year (last year it was “disaster”). It’s already been named in 2019 since it’s December 12 over there already, and the winner is “rei”, the first of two characters denoting Japan’s new “imperial era.”. As NHK World Japan notes,

The event’s organizer said “rei” reflects the Japanese people’s desire for happiness and a brighter future in the new era, which started when Emperor Naruhito ascended the throne on May 1.

N.b.: there are only 12 shopping days left until the beginning of Coynezaa.  And, as I have tasks to do, posting may be light today.

Today’s News: Paula White  a preacher who adheres to the duplicitous “prosperity gospel”, has been appointed by President Trump as special adviser to the Faith and Opportunity Initiative at the Office of Public Liaison. (Trump’s “faith advisor” is a scam: the man has no god save himself.) She’s a complete loon, and even talks in tongues. Here are two examples.

Stuff that happened on December 12 includes:

Boys Town, in Nebraska, became famous; Flanagan is in the process of being canonized and may well become a saint, though I don’t know what his miracles are. Make no mistake: two will come.  He was played by Spencer Tracy in the famous 1938 movie Boys Town, for which Tracy won a Best Actor Oscar. Here’s the movie’s trailer, with Spencer and Mickey Rooney, who played a Bad Boy.

Those who passed to the Great Beyond on December 12 include:

Meanwhile in Dobrzyn, Paulina, the upstairs lodger, has a chat with Hili:

Hili: Science opens all doors.
Paulina: Except those humans have to open for cats.
Hili: Well, yes, there are always exceptions. 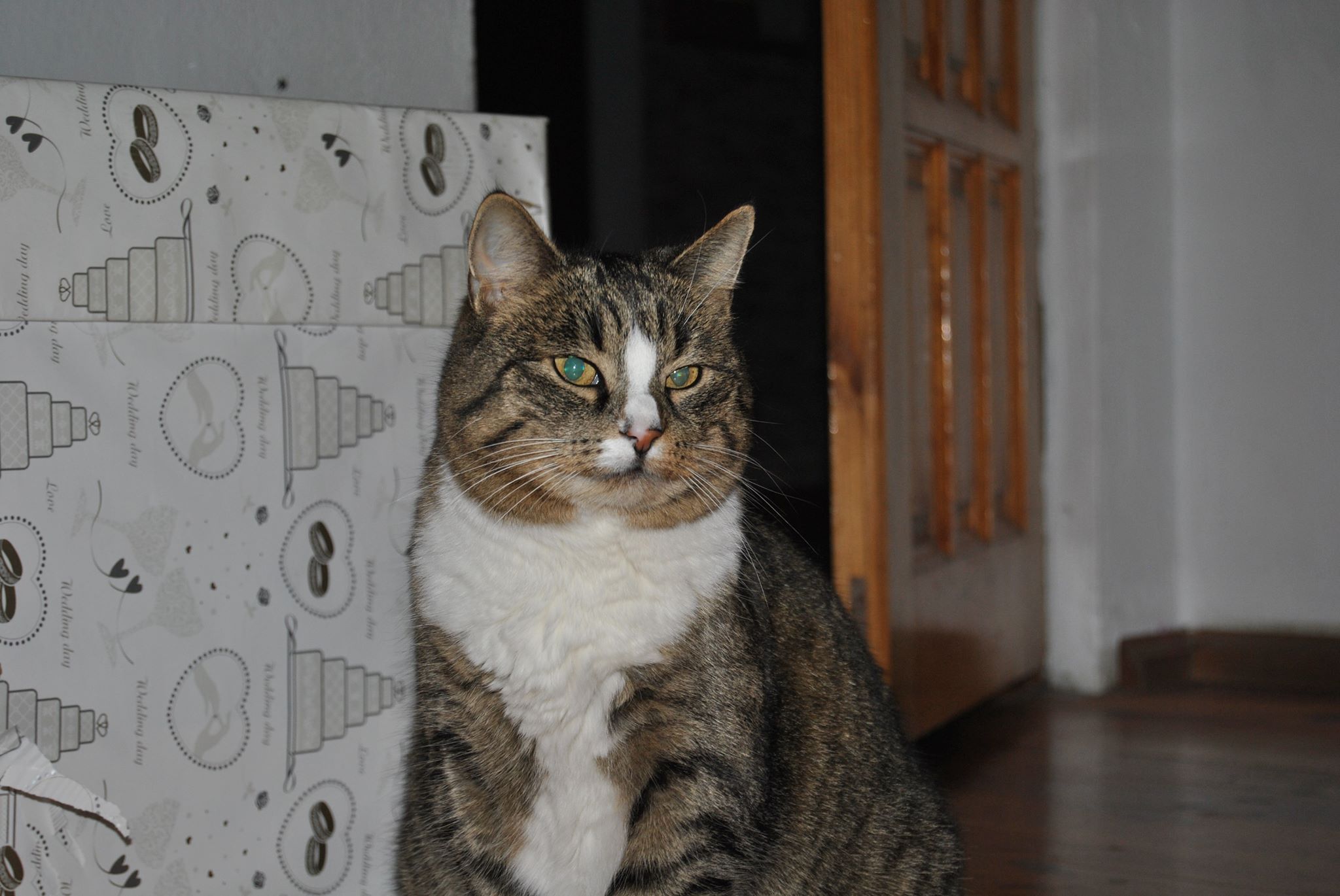 A cat meme from reader Merilee: 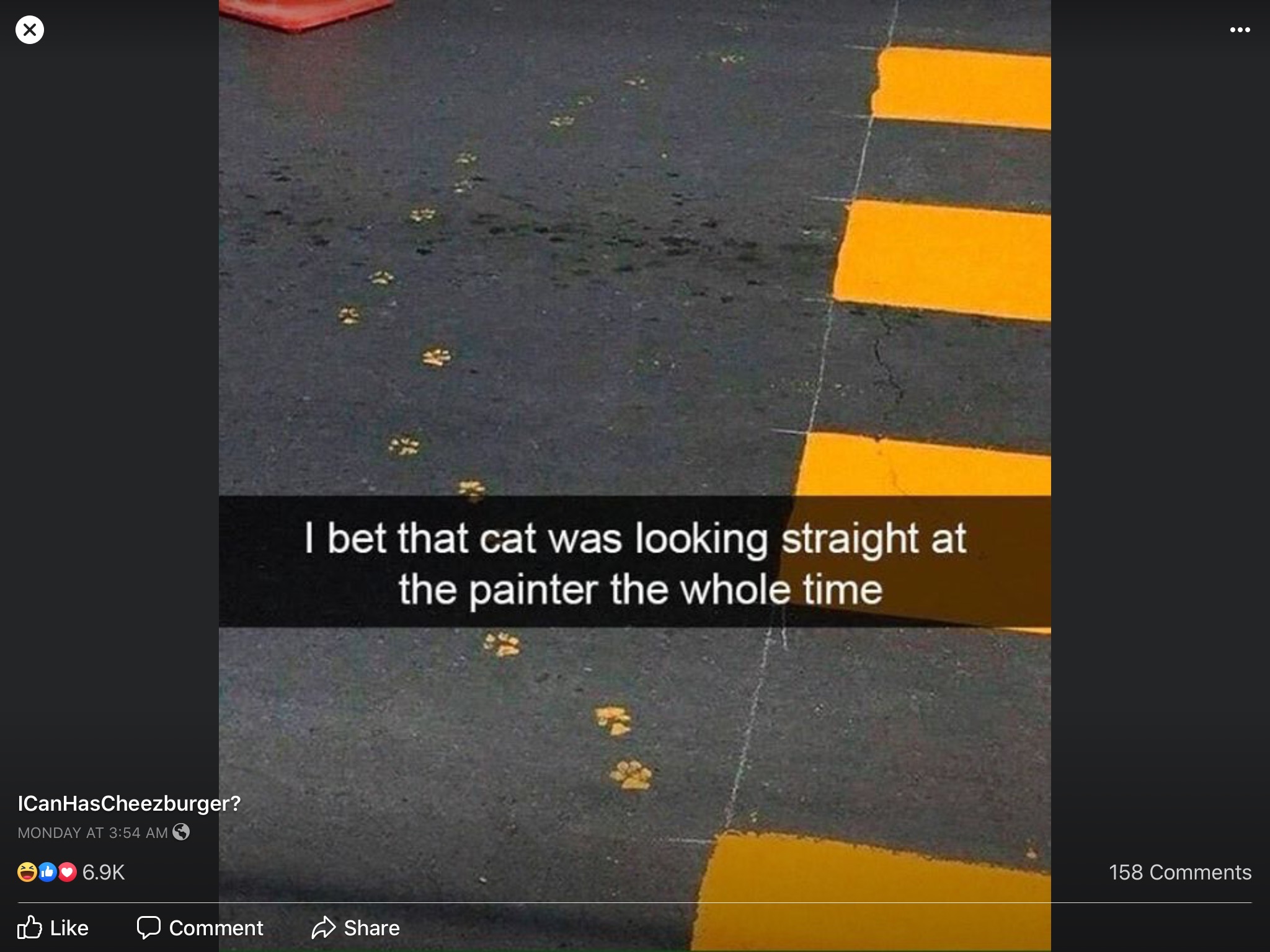 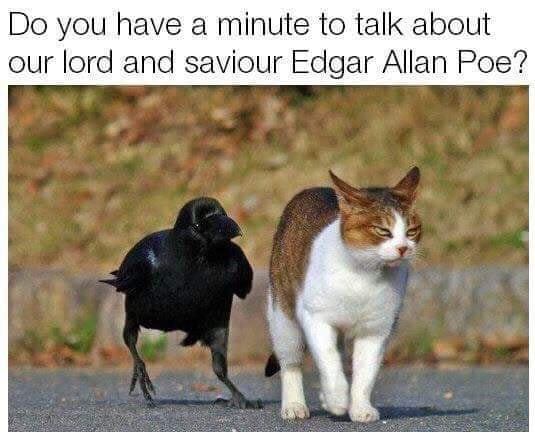 From reader Jon, a duck cartoon:

Matthew called my attention to a really dire piece in the Times Literary Supplement, a venue that has not only gone deeply downhill, but is also increasingly engaged in osculating religion. The article is by Rupert Shortt, the religion editor, and is called “Idle components: An argument against Richard Dawkins.” Among other things, Shortt makes the bogus claim that Dawkins’s “selfish gene” view is no longer current among evolutionists.  And he argues (erroneously) that, increasingly, scientists are embracing the view that teleology is inherent in evolution. Yeah—maybe religious scientists like Simon Conway Morris! Short knows nothing about evolutionary biology, but is intent on smearing Dawkins in the once-respectable pages of the TLS.

Reading the article made me peevish, but I simply don’t have the spoons to analyze it on this site. You can read it for yourself (link in the tweet below), and I’ve tweeted one quote in which Shortt uses a twisted theology to show how clever God is. (It reminds me of John Haught’s make-a-virtue-out-of-necessity argument that evolution makes God even more clever, because instead of creating everything de novo, he just devised a process in which animals and plants would pop out naturally.)

My tweet is below. God pulls evolution rather than pushes it, and isn’t that just fricking fantastic?:

In a muddled TLS piece, religion editor Rupert Shortt misleads readers into thinking that most evolutionists are believers in teleology, and then fobs this mushy piece of thinking on readers. How convenient that God PULLS evolution instead of pushing it!https://t.co/p0yjkhHj1W pic.twitter.com/XkaFxmnFTt

I want this tea towel VERY BADLY; sadly, it seems to be available only in the UK:

The Life of Christ in Cats tea towel is now available: http://t.co/07idLnKlg0 pic.twitter.com/zTpIzmU3mr

Reader Barry says this video is “terrifying”, and wonders how people can just go up to animals like this. But I suspect this is a farm or refuge where the foxes are tame.

The War of the Wokes: this poor woman is getting a taste of what it means to make one slight misstep, even when you think you’re woke:

Dr. Valerie Horsley is in the process of learning that one simply cannot be woke enough. I'd eager she has a fair chance of losing her job over stating simply and truly enough that the pool of applicants is small. pic.twitter.com/gHNjW6soNF

Some tweets from Matthew, beginning with the daily barn egress at Marsh Farm and it excitable narration:

According to Adam Rutherford, this is the first known art. I’ll take the experts’ word on it, because I can’t make out what it is:

Two more tweets from Matthew. I’ve put the video below the tweet, as I’d never heard of a mass swarm of sea turtles heading for shore:

This could be the biggest sea turtle swarm ever filmed https://t.co/uqUHkFBghX

This is confusing, but you should be able to work out what happened:

I can only assume that after coming across this scene (frog died trying to eat #spider, who managed a bite while being chomped, killing the frog?) a smaller spider scored a home and an absolutely epic meal inside the frog's mouth. Wild. #arachnology https://t.co/Wfv567EqPa