The Wall Street Journal is of course a conservative venue, but this time it’s exceeded even the normal right-wing love of religion. The article below, by psychoanalyst Erica Komisar, is behind a paywall, but I’ll give some quotes. And judicious inquiry might turn up a copy.

Komisar’s argument is based on a 2018 study showing that church attendance and prayer or meditation are positively associated with some measures of well being in growing children. She concludes that we should tell our kids that there’s a god and an afterlife, even if we are atheists. In other words, we should lie to our kids. After all, don’t we care about their welfare? Here’s the article, which leads to a paywall:

Komar’s thesis is based on the paper below from the American Journal of Epidemiology; a free pdf is available by clicking on the screenshot.

I couldn’t be arsed to read the whole paper in detail because it’s long and tedious, but I did look it over. The authors used longitudinal data from the Nurse’s Health Study II and the Growing Up Today Study, enrolling 116,430 nurses aged 24 and 42, and, using questionnaires, assessing their children aged 9 to 14. There were three categories of “religious service attendance”:  never, less than once a week, or at least once a week.  Religiosity (actually spirituality) was measured as answers to the question, “How often do you pray or meditate?”, with answers ranging from “never” to “once a day or more”. They then correlated these measures with other measurements that, they say, indicate well being.

The authors report that going to church at least once per week was associated with greater volunteering, great forgiveness, less marijuana use, later sexual initiation, and fewer lifetime sexual partners (the last three are clearly considered positive traits).  More frequent praying or meditating was associated with greater positive affect, better emotional processing, greater volunteering, a greater sense of mission, more forgiveness, lower drug usage, later sexual initiation, and fewer lifetime sexual partners. However, more frequent prayer or meditation (these weren’t separated) was also associated with more physical health problems. But the authors dismiss that result by arguing that those in poorer health may pray more often. They don’t consider, however, whether more puritanical or virtuous  people might have a tendency to want to go to church or pray more often. In other words, the negative result (poor health) is assumed to drive religiosity, while the positive results are assumed to result from religiosity.

As an alert reader noted (see comment #7 below), the funding for this study came in part from A Usual Suspect:

Based on that work, Komisar simply tells everyone to pretend that there’s a god and and afterlife when their kids raise the questions. Presumably we want our kids to be better off (and use less drugs and lose their virginity later!), so why not lie?  What’s the downside? Here are some excerpts from her article:

Nihilism is fertilizer for anxiety and depression, and being “realistic” is overrated. The belief in God — in a protective and guiding figure to rely on when times are tough — is one of the best kinds of support for kids in an increasingly pessimistic world. That’s only one reason, from a purely mental-health perspective, to pass down a faith tradition.

I am often asked by parents, “How do I talk to my child about death if I don’t believe in God or heaven?” My answer is always the same: “Lie.” The idea that you simply die and turn to dust may work for some adults, but it doesn’t help children. Belief in heaven helps them grapple with this tremendous and incomprehensible loss. In an age of broken families, distracted parents, school violence and nightmarish global-warming predictions, imagination plays a big part in children’s ability to cope.

. . . [Gratitude and empathy]can be found among countless other religious groups. It’s rare to find a faith that doesn’t encourage gratitude as an antidote to entitlement or empathy for anyone who needs nurturing. These are the building blocks of strong character. They are also protective against depression and anxiety.

And so the good psychoanalyst concludes that we need to cram religion down the throats of our kids, for it’s for their own good:

Religion or spiritual practices can teach children mindfulness, a sense of physical and emotional presence necessary for mental health. No matter how active my children were when they were young, they knew when they entered our temple for services they had to calm their bodies and relax their minds. Though they complained when they were kids, and still complain at times as adolescents, they have developed the ability to calm themselves when overwhelmed.

Today the U.S. is a competitive, scary and stressful place that idealizes perfectionism, materialism, selfishness and virtual rather than real human connection. Religion is the best bulwark against that kind of society. Spiritual belief and practice reinforce collective kindness, empathy, gratitude and real connection. Whether children choose to continue to practice as adults is something parents cannot control. But that spiritual or religious center will benefit them their entire lives.

Now I’m not going to quibble with the J. Epidemiology paper, as it would take too long to scrutinize it carefully, but I invite readers to have a look if they’re interested. One thing worth looking at is whether the size of the positive effects are substantial enough to prompt one to interfere in their kids’ lives. But let’s assume that the effects are real and palpable. Should we then lie to our kids?

The idea that we should pretend that there’s a god and a life after death, even if we ourselves reject them, goes against my grain, and I simply can’t accept the idea of lying to children about such things, no matter how salubrious the lie. One could say, “we’ll discuss that when you’re old enough to understand,” but even taking a kid to church is roughly equivalent to affirming the truth of church doctrine.

So why do I instinctively reject Komisar’s advice to lie? (I don’t have kids, so the isn’t doesn’t really come up for me.)  First, if you are an atheist, your kid is going to know it, and see that you don’t practice what you preach. That might confuse the kid, and at any rate I don’t see Komar telling atheist parents to try to believe. But she does seem to be telling us that we should drag our kids to church and make them pray, which of course is bad for us atheists. After all, if our kids go to church, we have to take them there.

And what happens when the kid grows up and figures out for him/her/hirself that religion is bunk and we go nowhere when we die? They’ll not only feel cheated, but they’ll realize that you lied to them. And if you’re an out atheist, it’s even worse, for they’ll see you as an arrant hypocrite.

Finally, as I don’t want to rant at length, Komisar asserts at the end that if you’re religious as a kid because your parents lied to you, then even if you reject religion as an adult, you’ll still carry the benefits of your youthful belief. Now where is the evidence for that? 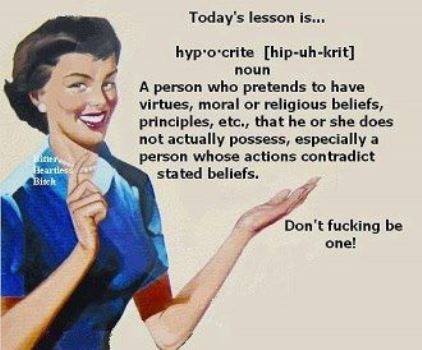 116 thoughts on “Therapist advises atheists to lie to their kids, pretending there’s a god and a heaven”