Here’s where we are at this moment, 6:15 a.m. on Saturday, heading toward the Antarctic Peninsula. We’re among the South Shetlands to the west of the peninsula: 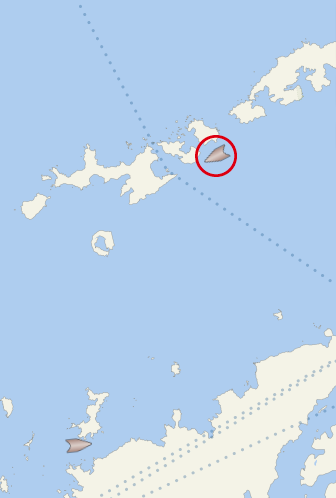 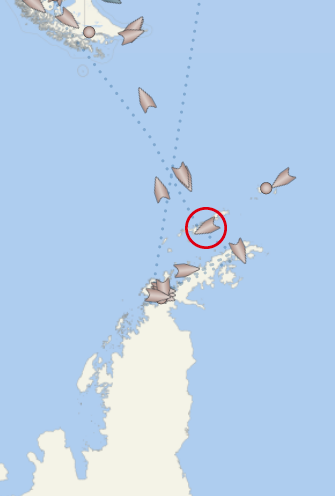 The ship’s Panomax camera shows a scene from yesterday afternoon (the gloomy Drake Passage), and as I look out my cabin window right now I see snow-clad mountains and rocky peaks of the South Shetlands, which is infinitely better than the Panomax image. I’ve simply never seen anything like Antarctica, and these are the islands, not the mainland. They are gorgeous. We’ve also been very lucky with the weather: it’s also partly sunny!

This morning we’ll once again land on Half Moon Island, which is great because it’s full of chinstrap penguins, my favorite vertebrate so far. Stay tuned for more pictures tomorrow. I’m also lecturing at 5 pm on the adaptations of Antarctic animals, using the icefish (with their antifreeze proteins), and the Weddell seal (with its many diving and gnawing adaptations) as my two focus animals.

A few pictures (not much to see on the 1.5-day passage through the Drake). Leaving Cape Horn and its lighthouse to head south: 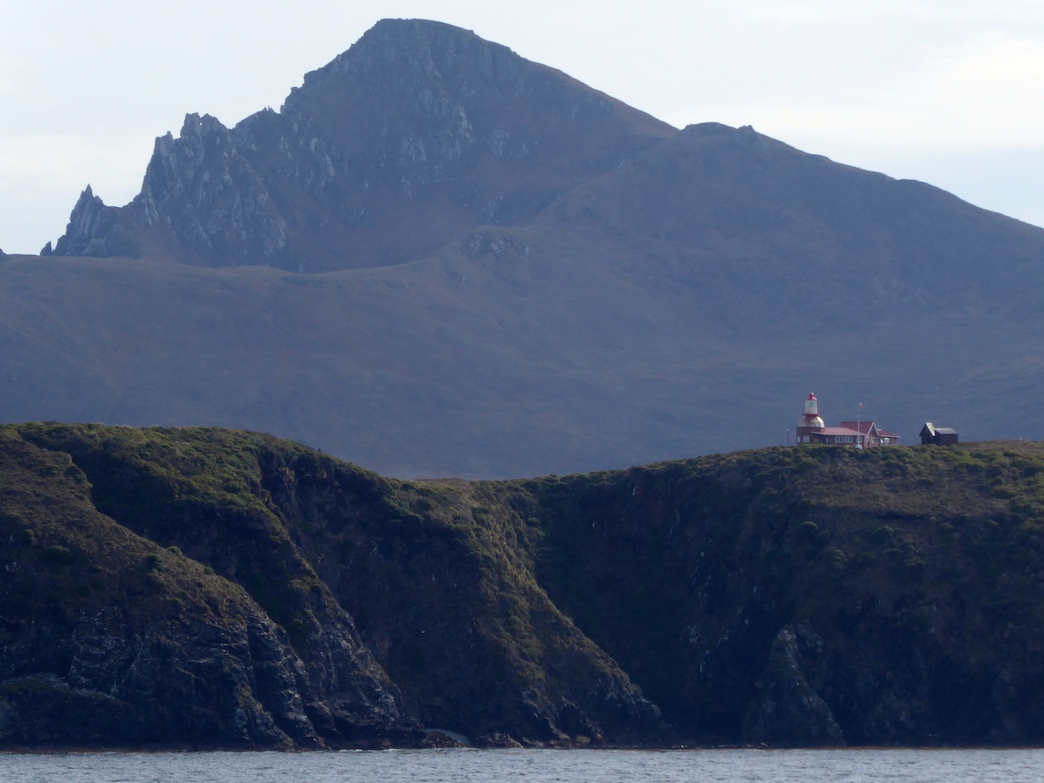 To the South! Here’s the ship’s bow, where I’d like to do a Titanic-style “king of the world’ photo, but it’s too dangerous. There’s a bell and a 6500 kg anchor laid out as a decoration. You can see how nice the weather was as we entered the Drake Passage. It got a bit rougher later, but nowhere near as bad as during our first north-to-south crossing: 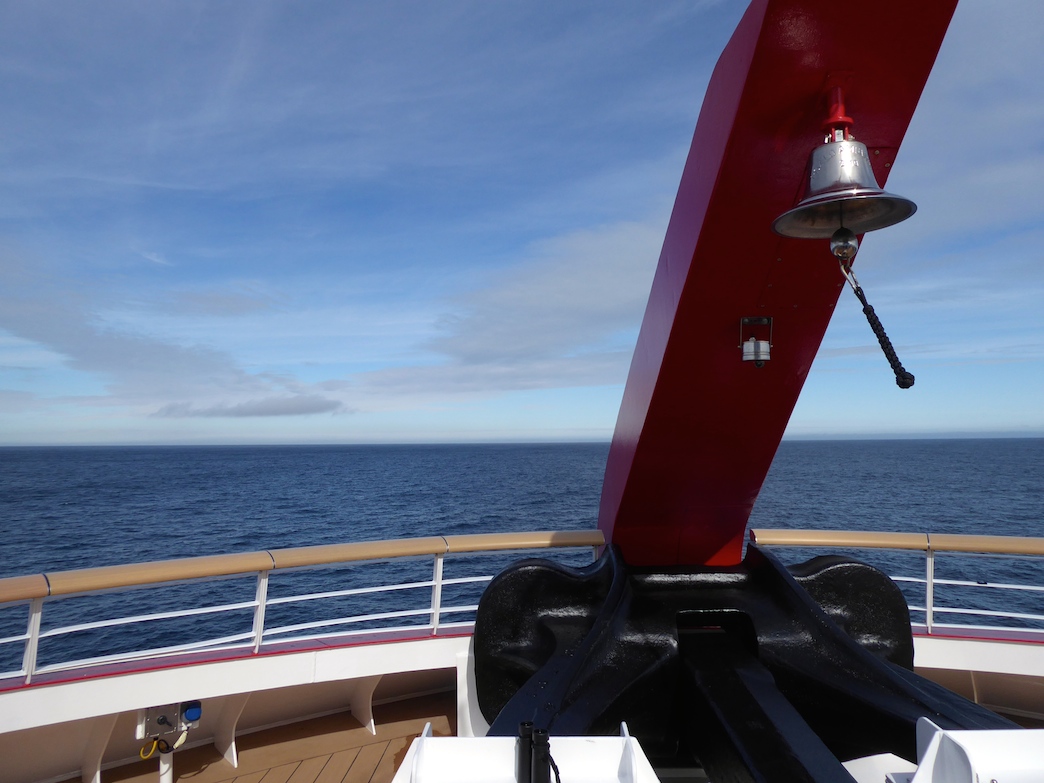 The Captain controlling the ship from the bridge. After I took this photo I gave him a thumbs up, and he reciprocated. Pity I don’t have a picture of that. 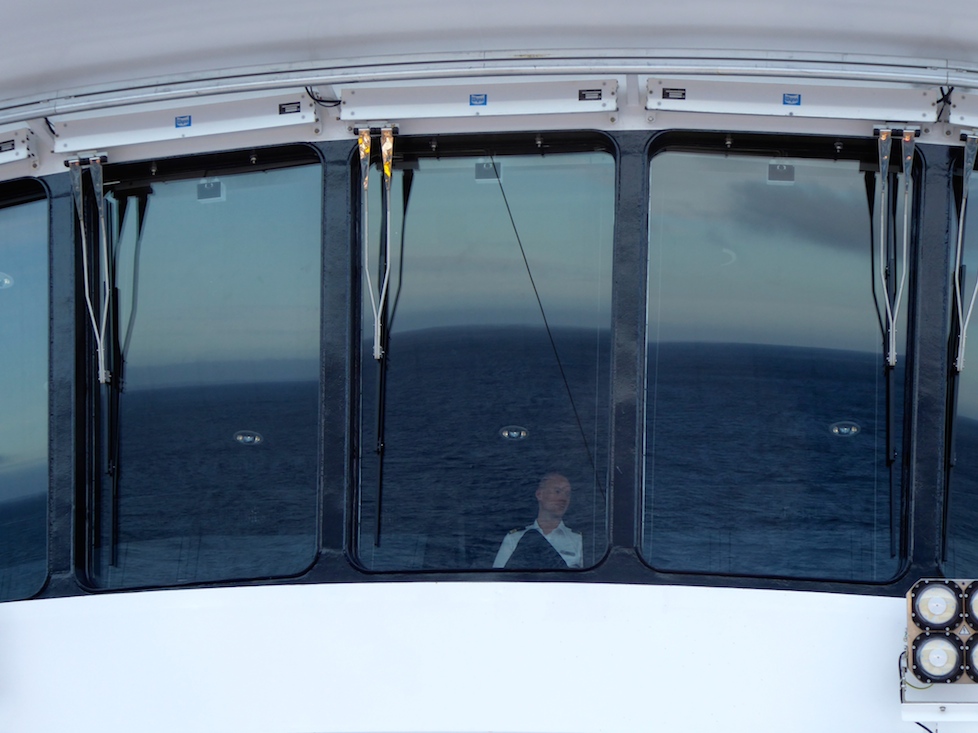 Various seabirds—petrels, fulmars, and albatrosses—fly around the ship (or, rather, soar around the ship, since one rarely sees them flap their wings). I’m not good at identifying them, and photographing them is nearly impossible with a point-and-shoot camera. But here you are anyway: 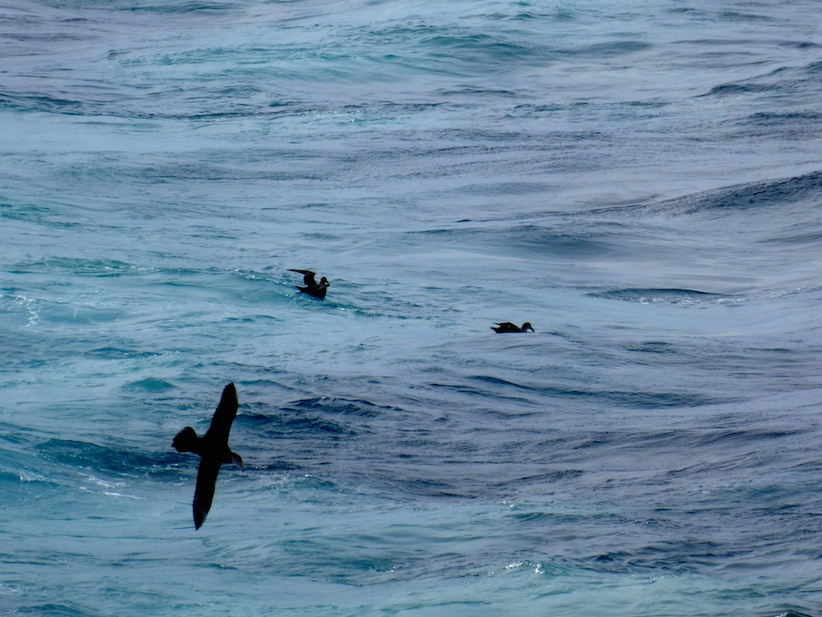 Some are resting on the water, while other seabirds are unable to take off from water, and so will drown if they touch down. But even those ones fly only inches above the sea. Their aerodynamic abilities are fantastic. 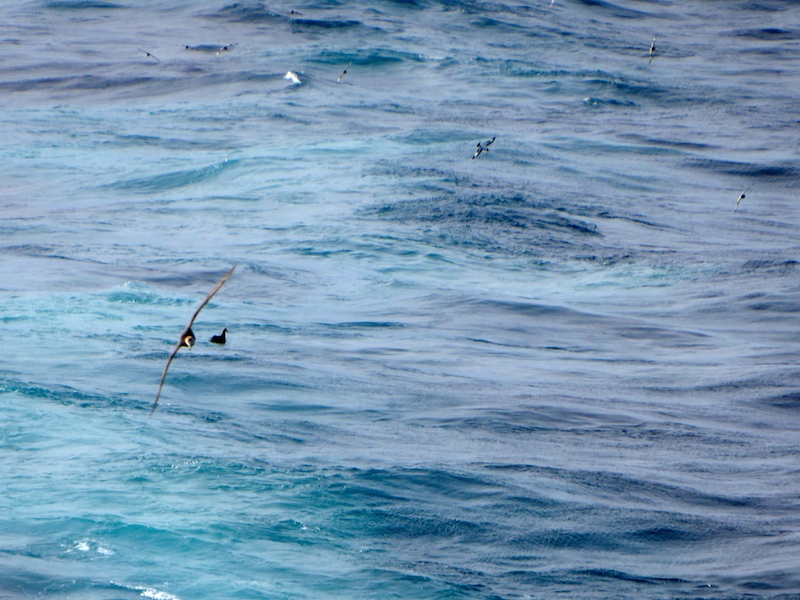 Here’s one taking off (remember, I degrade the quality of photos so I can post them here, and this one is out of focus to boot): 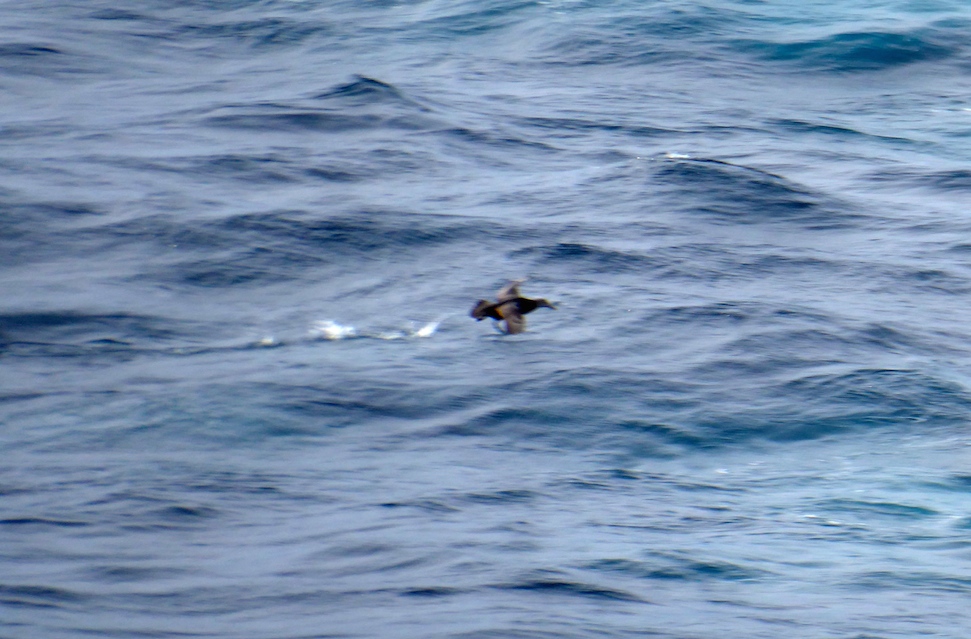 I didn’t want a fancy multi-course dinner the night before last, so I went to the ship’s “informal” restaurant, the Fredheim, where they have burgers, hot dogs, steamed buns, quesadillas, salads, and other non-fancy fare. I had a burger and a blueberry milkshake, which hit the spot.

Last night I got to dine with the Expedition Team and staff below decks, as I’ve finally gotten a card allowing me access to the staff areas. It was a lot of fun, and I expect I’ll be eating dinner there often. The young team (I’m the oldest by far!) is very lively and dedicated to their jobs. 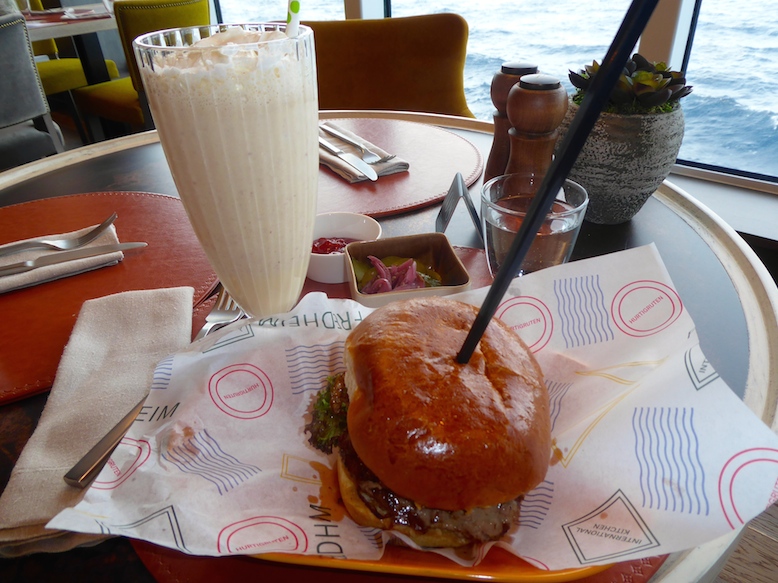 More later. I have to grab a quick breakfast and then on to an early landing to see the penguins! It’s a tough life, but someone’s gotta do it!

19 thoughts on “Drake passage: a hiatus”