At last—some good news about the injured stray Mietek, adopted by Andrzej the Second and Elzbieta, and now the brother of Leon.

Mietek, you may recall, had been savagely kicked by some animal abuser and then deposited, badly injured and starving, in a cardboard box in front of a church. Andrzej II and Elzbieta rescued him and rushed him to the vet, where they performed an emergency operation to stitch his insides together.

The first operation saved him, but it wasn’t clear whether the membrane they jerry-rigged to keep his innards in would hold. Now, though, a second operation has been performed, and it’s been pronounced successful. His wound is properly closed.

Mietek is a bit out of it after two successive procedures, but he’s doing well. Here’s a photo of the little ginger tom resting, his belly covered with some silver and blue ointments applied by the vet.

Mietek’s new brother Leon is looking on paternally. A big thanks to Malgorzata for sending all the news and the photos. 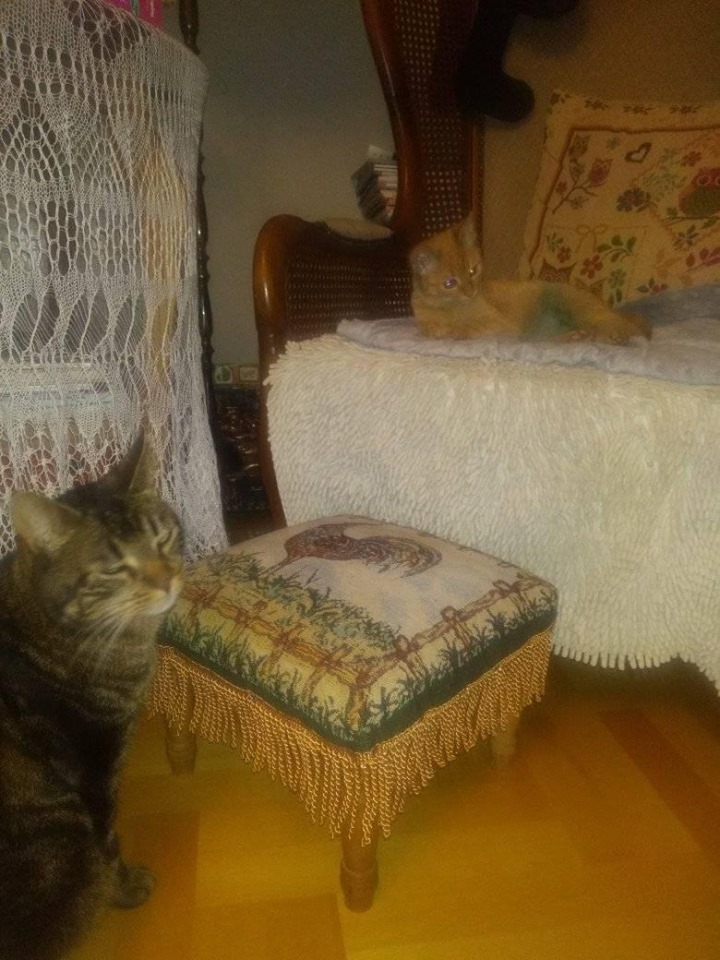 30 thoughts on “Mietek the kitten is cured!”