The ship arrived early at Punta Arenas, Chile, one of the two main places in southern South America where trips to Antarctica start (the other is Ushuaia, Argentina). As I write, the passengers are disembarking but I stay aboard for the next trip, back to Antarctica—for a longer time—and then to the Falkland Islands. Here’s our position from the ship’s map: 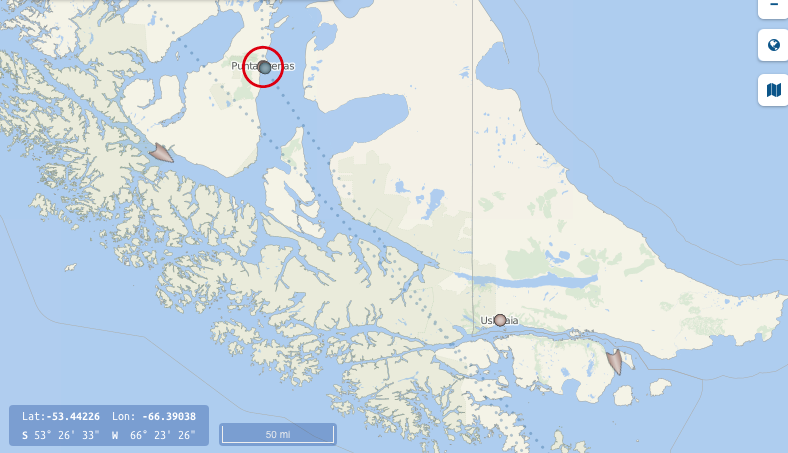 And our position at 8:40 am on the Panomax ship cam, showing Punta Arenas across the harbor.

It will be a busy day, what with the loading and unloading of passengers and supplies, and I also must change cabins. Fortunately, my new digs are only five doors down on the same corridor and deck, so moving won’t be hard.

I’ll post later if I get a chance. This evening it’s back through the Beagle Channel to the Drake Passage, though we might land on Cape Horn if the weather is favorable. The official southernmost point of South America is located on Isla Hornos, as shown in this map: 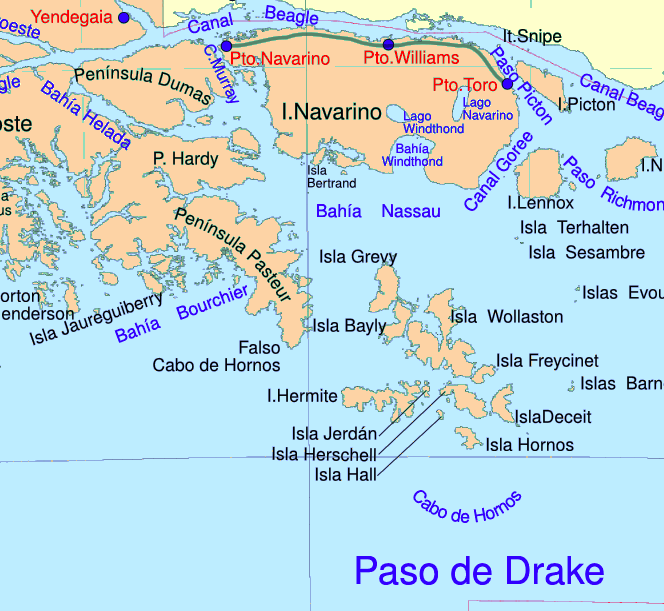 And Wikipedia notes this:

[Cape Horn] marks the north edge of the Drake Passage, the strait between South America and Antarctica. It is located in Cabo de Hornos National Park.

The cape lies within Chilean territorial waters, and the Chilean Navy maintains a station on Hoorn Island, consisting of a residence, utility building, chapel, and lighthouse. A short distance from the main station is a memorial, including a large sculpture made by Chilean sculptor José Balcells featuring the silhouette of an albatross, in remembrance of the sailors who died while attempting to “round the Horn”. It was erected in 1992 through the initiative of the Chilean Section of the Cape Horn Captains Brotherhood. The terrain is entirely treeless, although quite lush owing to frequent precipitation. Cape Horn is the southern limit of the range of the Magellanic penguin.

Cape Horn, seen from the Chilean Navy station location. The small lighthouse can be seen as a white spot close to the seaside. 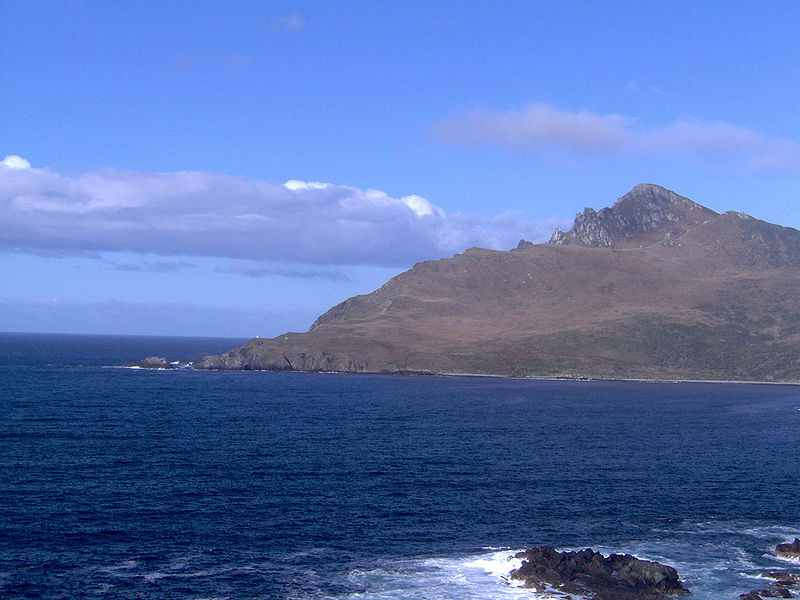 The winds and waves have always made Cape Horn one of the most dangerous shipping routes in the world, and we weren’t able to land there before. I think the chances are less than even that we will again, but one can hope. . .