In Poland, Hili is pensive, and finds a cat’s solution:

Hili: The leaves are falling, birds are flying away…
A: What’s your conclusion?
Hili: It’s time to go to sleep. 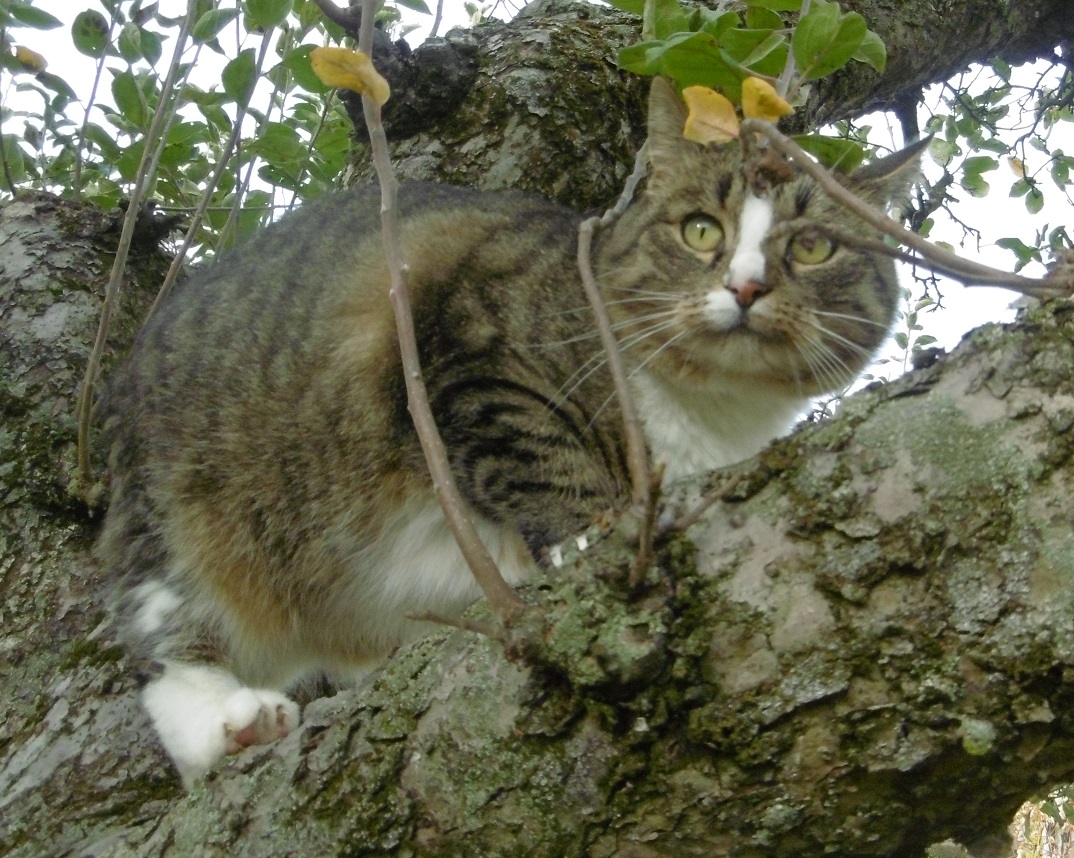 It has been an awful couple of days in the Midlands and the North, with appalling rain (Sheffield is flooded). But of course, the waterfowl of Marsh Farm are happy. Look at them all come running out – balm for the soul.

The black cat with the catch 😂😂

Looks more like a jigsaw than Tetris I reckon, but very cool:

I'll tell you what's better than a game of regular tetris. A game of snake skull tetris – courtesy of Aipysurus laevis, the olive sea snake. pic.twitter.com/X7gkO9mip0

A reminder that baby tarantulas are basically spiders with fuzzy socks. pic.twitter.com/oYW8bi6gsm

This little boy's brother is an adorable duck ❤️ pic.twitter.com/aRnMZJQee4

Jaws of death. An arrow worm eats a copepod. Arrow worms are important plankton predators and they'll even eat each other, as you can see by its previous meal. @zeiss_micro pic.twitter.com/1UURJRPMgk

Finally, from the boss on the high seas, a report from the secret duck farmer:

We had 28 ducks this evening.  We had 30 based on Jerry’s count on October 17th.  So these number around what they did when they were swarming on land last month.

I don’t recognize any of them and they don’t come as close as before. If I had to guess, I’d say that these ducks are migrating and just stopping over for the free smorgasbord.  I’ve read that their normal migration can take place throughout the month of November.

JAC: I asked the SDF how migrating ducks could zero in on Botany Pond, the reply was “Maybe they’re reading it on TripAdvisor: “Congenial location, free buffet. Five stars.”