In Poland, Hili is giving feedback:

Hili: Collective thinking for the easier solving of difficult problems.
A: You know how highly I value your critical remarks. 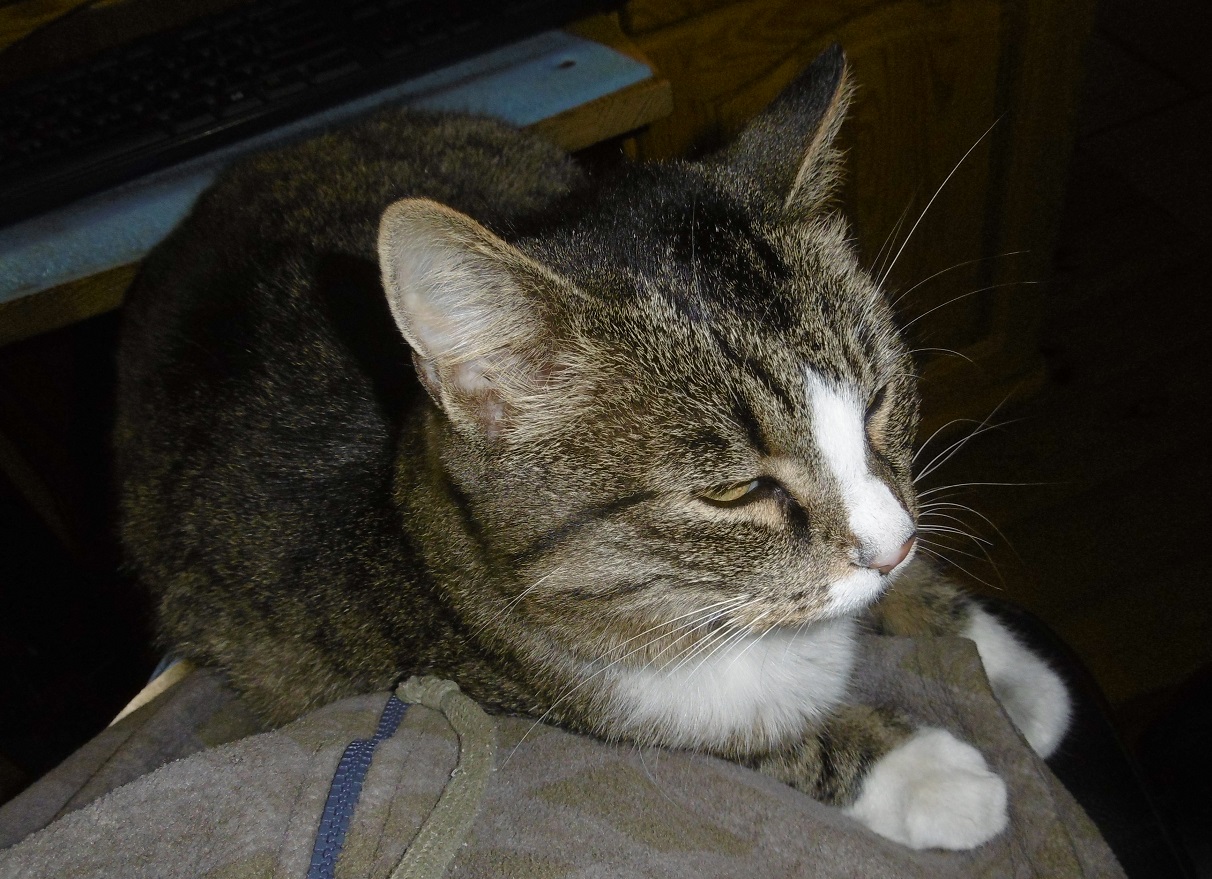 A tarantula the size of a dinner plate preys upon an opossum in this first-of-its-kind observation pic.twitter.com/AWt6y4YhEg

Another chelicerate, which also goes by the name of a vinegaroon, for reasons explained in the tweet. This one is rather cross.

We found this giant whip scorpion (Mastigoproctus giganteus) while out in the pines today. It sprayed acetic acid (and smelled just like salt and vinegar chips) then calmed down enough to be held! #arachnids @HiDrNic pic.twitter.com/YLiIdLJ5o9

#DeepSeaHalloween never fails to bring the spooky, like this ghostly Deepstaria jelly. A bright red isopod can be seen living inside of its bell, literally feeding our body-snatching nightmares.

5000 #Knot on the move. Still unprecedented numbers at @Lancswildlife #Seaforth at the moment. The site is becoming increasingly important as a refuge for these birds as growing recreational pressure on the coast limits their undisturbed roosting places. #waders #shorebirds pic.twitter.com/zahCmc7aY6

Two great illusions. Watch carefully to see how your brain works to make sense of what it is seeing. You should feel the flip:

Each ball is traveling in a straight line but together they circulating pic.twitter.com/TP5GQQR2DO

Interesting perceptual shifts from 3- to 2-D and back again. https://t.co/y4LKxNY8lm

Quiz: what is James O’Donoghue getting at here?

Finally, a message from The Boss, out on the high seas heading for Antarctica:

The New York Times reports that, after yesterday’s elections, both houses of the Virginia legislature are now Democratic (as is the governorship), so the state is now Demorcatic. And it looks as if the Democratic contender for governor won narrowly in Kentucky, too. This is good news, and, I hope, a harbinger of next year’s Presidential election.

JAC addendum: Our Secret Duck Farmer reports a record number of ducks at the pond this morning: 25 mallards, all hungry as hell. Perhaps they’re fueling up for the Big Migration; at least I hope so. The weather is supposed to be a bit above freezing this week, and I hope that inspires them to head south.

43 thoughts on “Wednesday: Hili dialogue, Marsh Farm rush hour and some US politics”