Newsweek and HuffPo report that this was the the U.S. Department of State’s homepage yesterday: 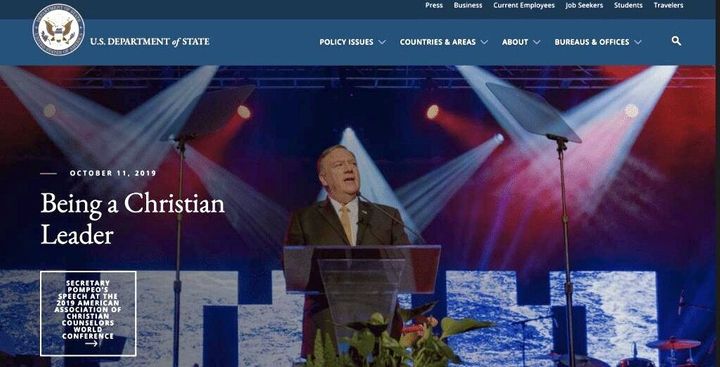 I checked a few minutes ago, and the homepage entry has been changed to this: 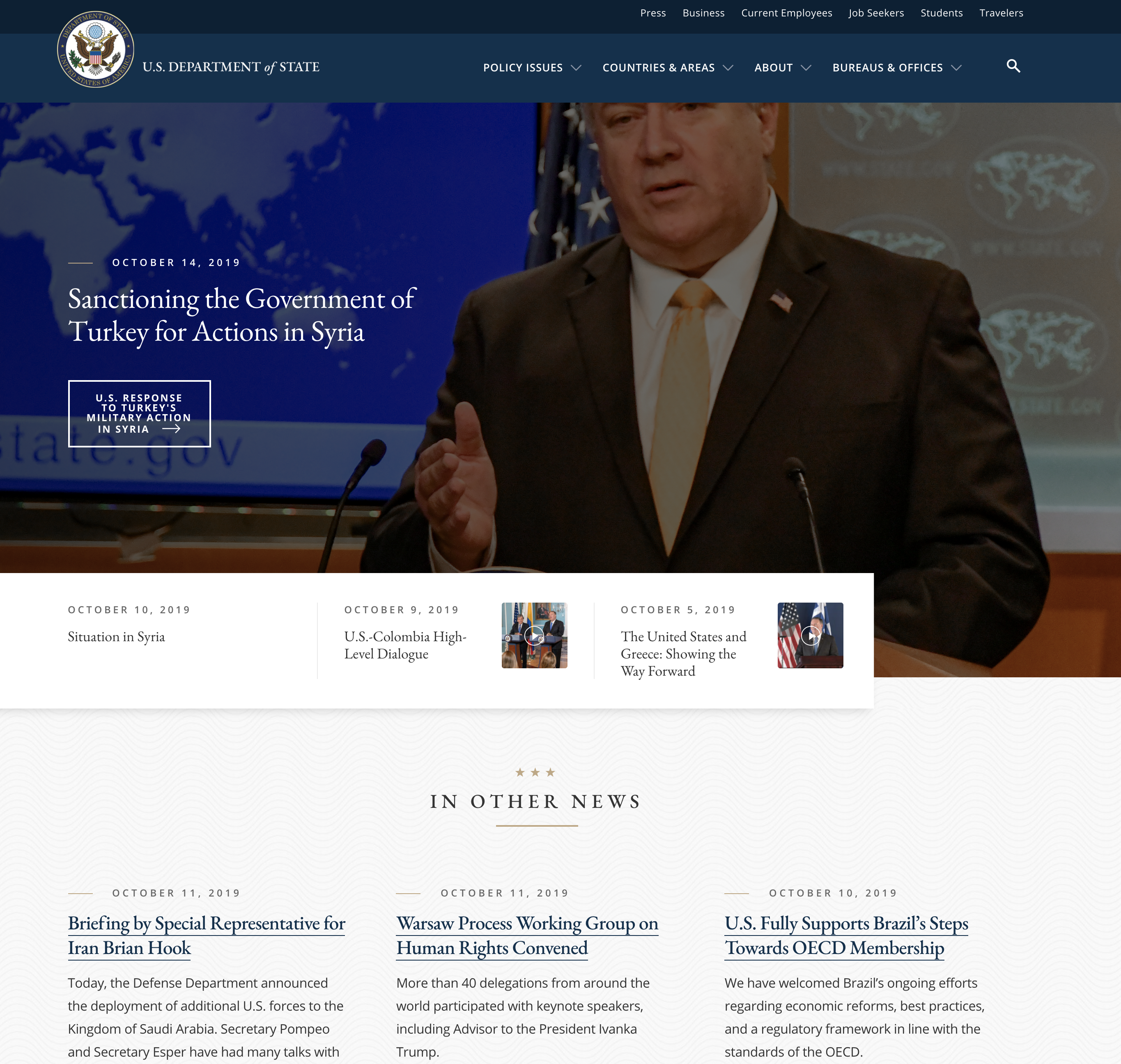 The U.S. State Department’s main homepage was updated on Monday to show a photo of Secretary of State Mike Pompeo with the headline: “Being A Christian Leader.”

The phrase refers to a speech he gave in Nashville last week:

“As believers, we draw on the wisdom of God to help us get it right, to be a force for good in the life of human beings,” Pompeo said in the speech, according to the rest of the remarks on the State Department website. “I know some people in the media will break out the pitchforks when they hear that I ask God for direction in my work.”

The headline on the State Department homepage was changed later in the day to read: “Secretary Pompeo at the America Association of Christian Counselors.” By nighttime, the page was changed completely to a report about sanctions against Turkey.

Americans United for Separation of Church and State slammed the speech and the government website makeover.

“It’s perfectly fine for Secretary Pompeo to be a leader who is Christian. But he cannot use his government position to impose his faith on the rest of us,” CEO Rachel Laser said in a news release. “That is a fundamental violation of the separation of religion and government.”

Titled “Being a Christian Leader” and promoted in his official government capacity on the homepage for the State Department, religious and civil liberties organizations have decried it as a potential violation of the U.S. Constitution’s intended separation of church and state.

“I keep a Bible open on my desk, and I try every morning to try and get in a little bit of time with the Book,” Pompeo said, describing how the texts sacred to Christians influences his disposition, engagement with others and decisions. “We should all remember that we are imperfect servants serving a perfect God who constantly forgives us each and every day.”

This was clearly a violation of the First Amendment: you don’t get to tout the Secretary of State as espousing Christian values on a State Department homepage. A Muslim politician from Virginia got it right:

Permanent First Amendment to US Constitution

When do we get to see “Being a Jewish or Muslim or Sikh or atheist leader?” pic.twitter.com/cYHM83gBER