Today we have some lovely arthropod photos by Tony Eales from Brisbane, whose notes are indented:

Things have been really dry where I am and so spring has not sprung as much as I’d hoped for by now. So I went up to the nearby subtropical rainforest area called Mt Mee to see what was around. I had a very fruitful afternoon peering under the leaves of Piccabeen Palms. Here’s some of what I found.

Apochrysa lutea is a lovely member of the Green Lacewing group Chrysopidae. I don’t know too much about these guys: the larvae are predatory wandering the leaves and branches hoping to bang into a prey item with their large jaws. Adults are more omnivorous, eating small arthropods but also pollen and nectar. 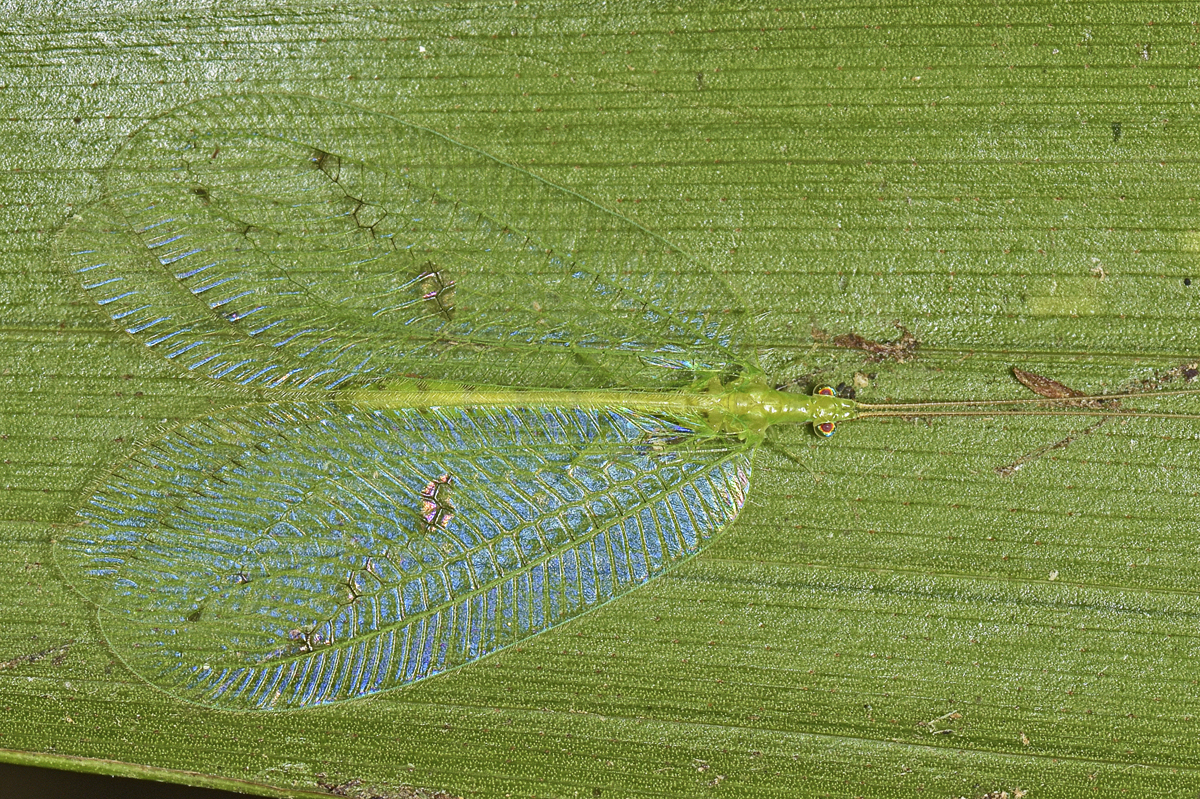 One of my all-time favourite insects is the group called the Thread-legged Assassin Bugs, Emesinae. I’ve never seen this small and delicate species before, but I love the contrasting silver white body and bright red eyes. It may be that it only looks so striking because it had just moulted. 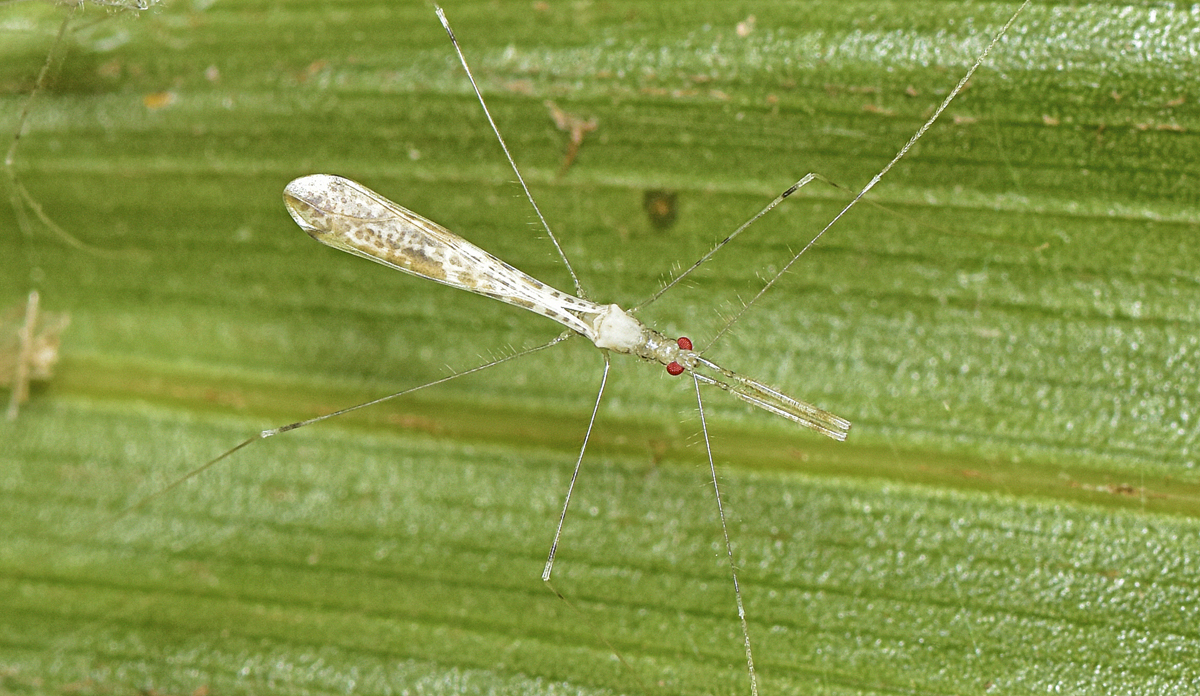 I haven’t been able to get closer than the sub-family Hereodromiinae for this fly. It’s a subfamily in the Dance Fly family (Empididae), a group of small predatory flies with either raptorial hind legs or like in this species raptorial forelegs. 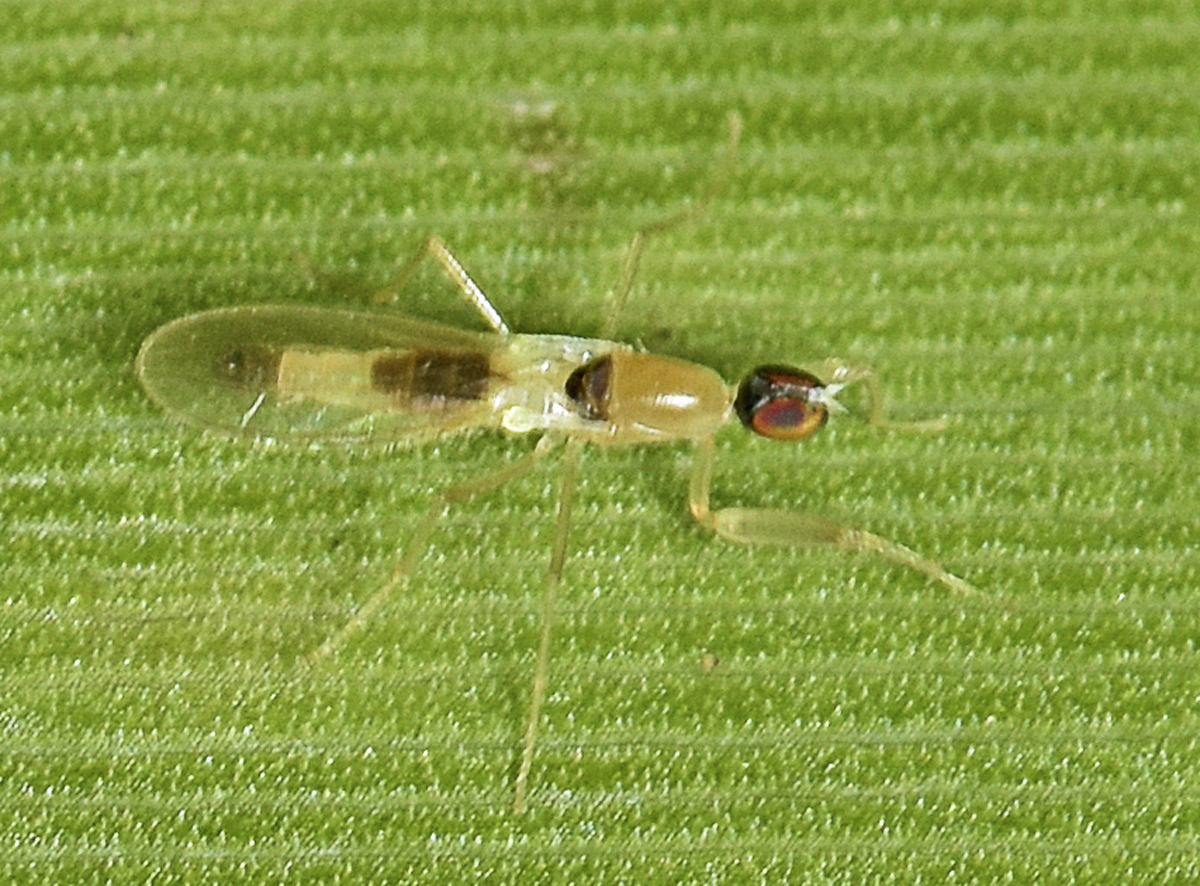 I found another species of the squid-looking Miagrammopes genus of the Venomless spider family Uloboridae. Those four eyes in two close pairs just look so goofy. 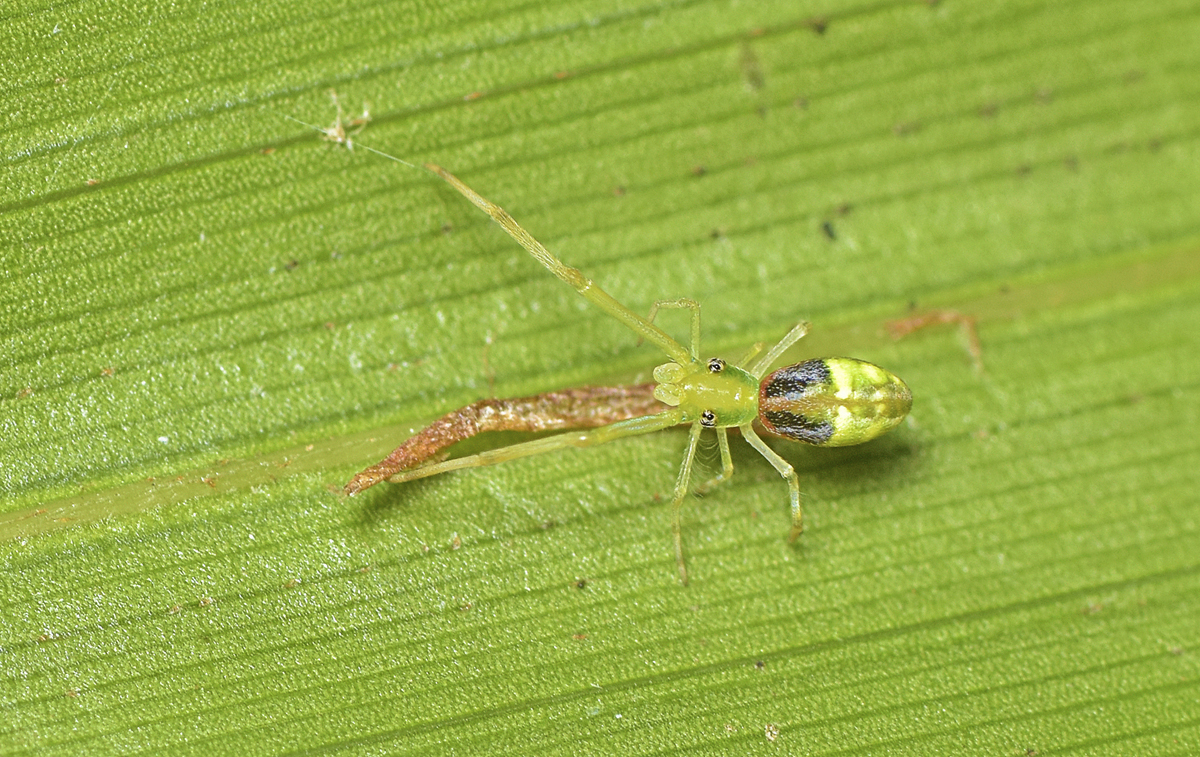 This next one was a real treat. Most of the Cellar Spiders (family Pholcidae in Australia, also known as Daddy Long-legs) I encounter are invaders that came to Australia along with Europeans. A lot of the native species are virtually indistinguishable from the invasive ones. This one Micromerys sp. is an Australo-Papuan species and in some ways quite different from other Cellar Spiders. 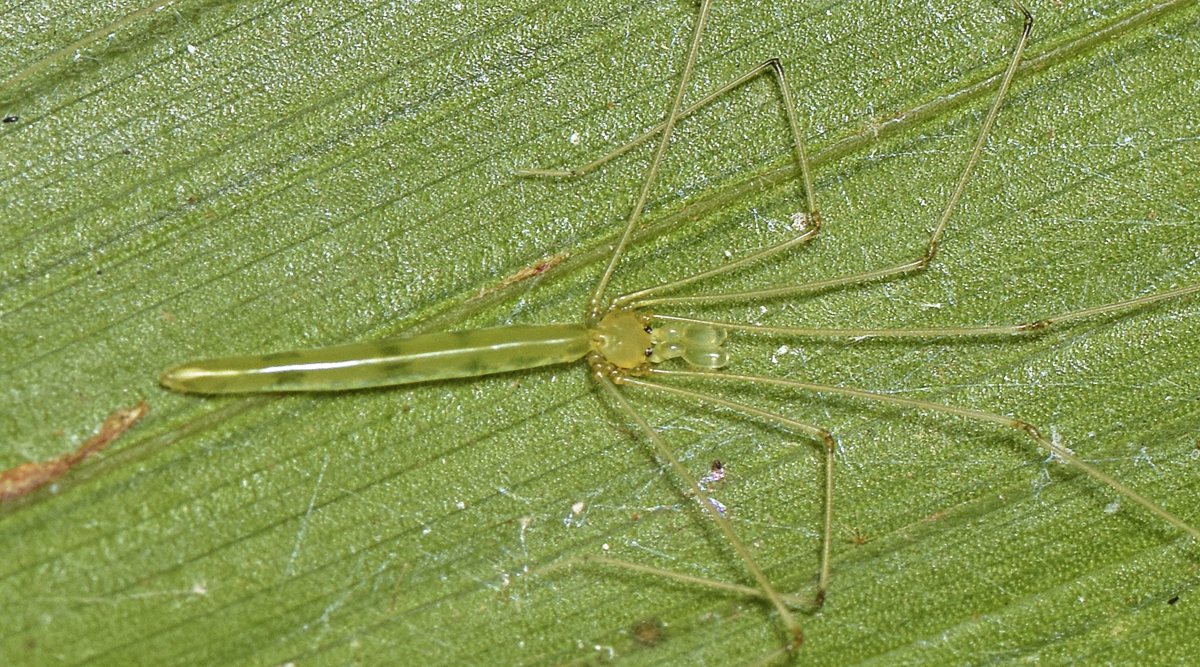 Lastly there’s a small Theridiidae spider, probably undescribed. Find-a-spider has a similar looking species that it tentatively identifies as a species of Theridion based on its similarity to the Hawaiian ‘Happy Face’ spider Theridion grallator. I have no idea but I’m starting to get a collection of images of these small green oddly shaped spiders from different habitats. 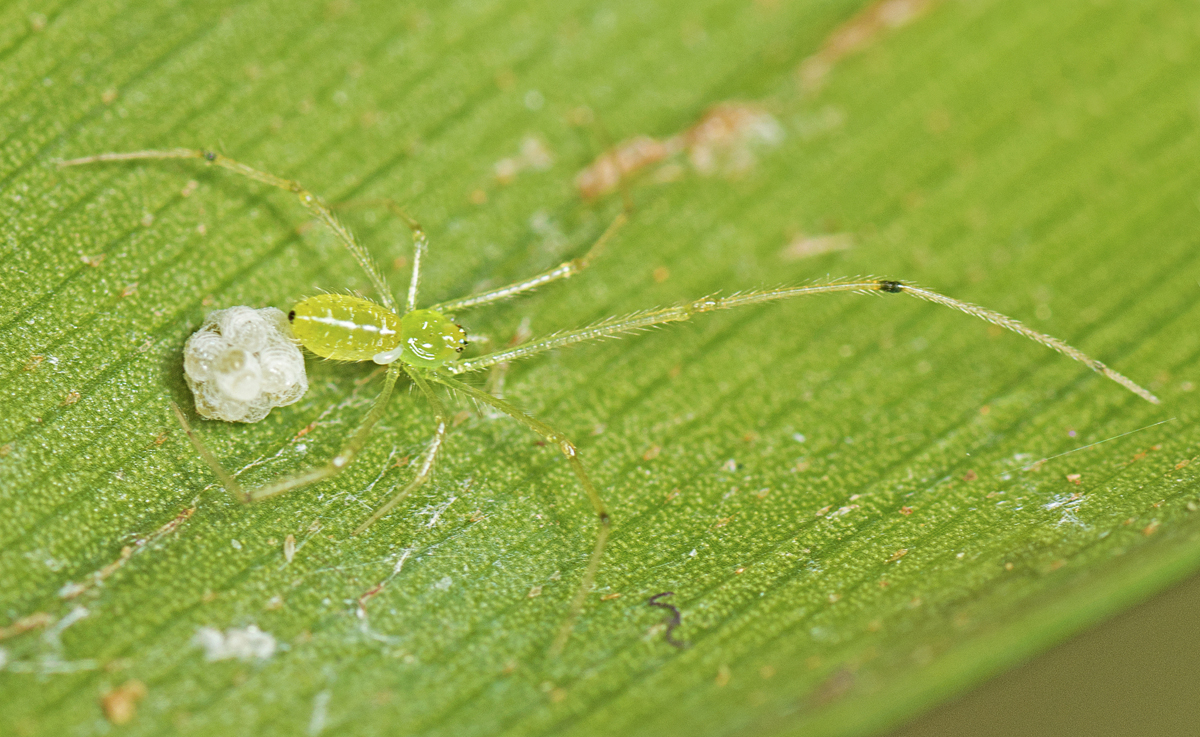