We have two contributors today, the first being naturalist/biologist/photographer/artist Lou Jost, who works at the EcoMinga reserve in Ecuador (as you may recall, Lou wrote the memoriam for nature photographer Andreas Kay, who rediscovered Atelopus coynei, thought to be exinct. Now we hear that Lou and his colleagues have discovered another aposematic frog, and a big one! Lou’s caption:

Many beautiful new species of frogs have been discovered in our reserves, but this discovery took our breath away. One of our reserve caretakers, Darwin Recalde, found it in a bromeliad. I ran into Darwin in the forest shortly after he found it, and took these pictures. After a few hours of carrying the frog, his arm started to tingle and hurt. Those are definitely warning colors!!! This is a new species of the genus Hyloscirtus, a large frog not closely related to the little poison-arrow frogs which also often have bright warning coloration. This individual is the female; the male is mostly yellow. We’re immensely proud of this discovery! 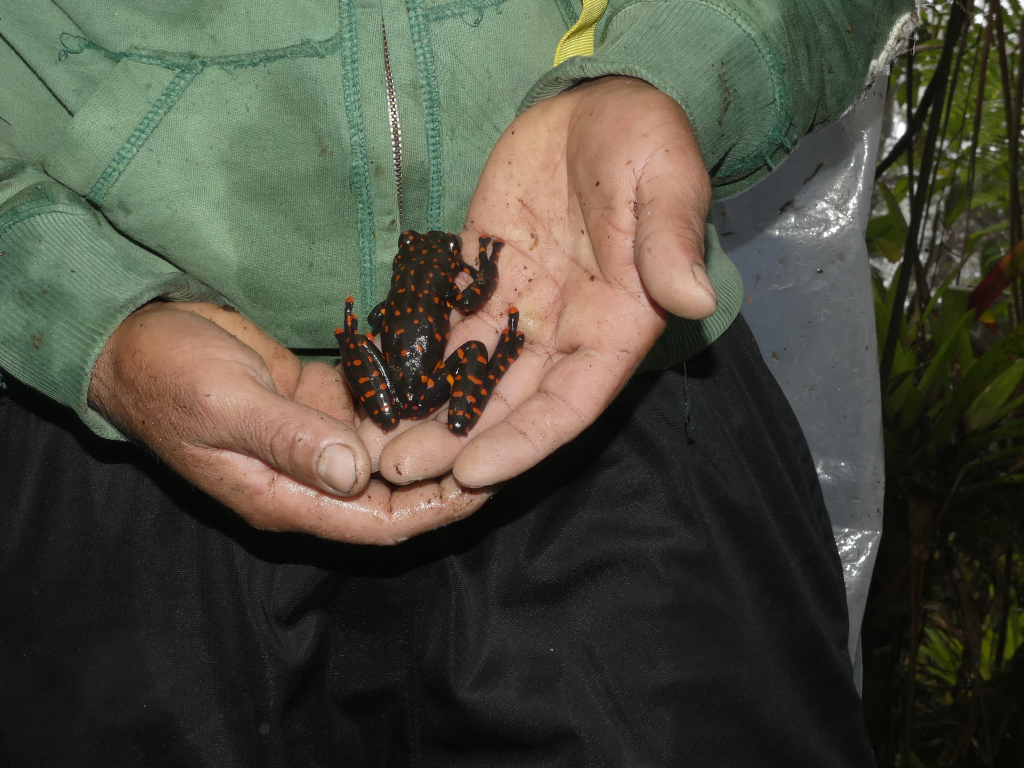 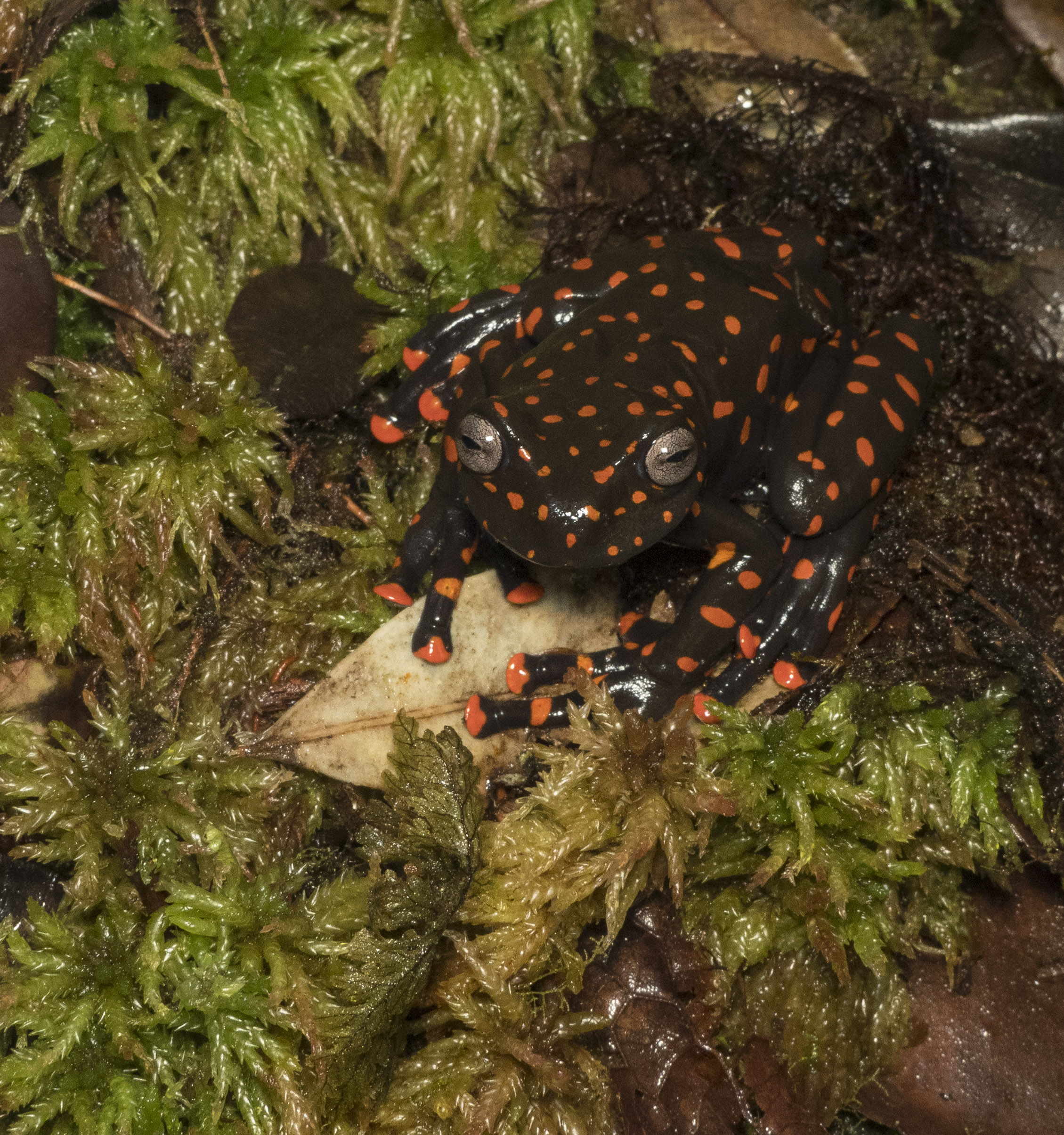 And from Christopher Moss:

This photo was taken in a tearing hurry in heavy rain and through a flyscreen, so it’s grainy. This year among the whitetail deer in the garden we have a pinto-style fawn. This is fairly rare, and is often associated with other birth defects of the spine and limbs. I know the genetics of piebaldism in horses is well understood, but I can’t find anything authoritative about deer. I hope the beast decides to continue life as a village-dweller as it is rather more visible to hunters and coyotes, and the white spots might make it less likely to struck by a vehicle.

This may, however, be simply a case of leucism, and the deer might be okay. It’s in danger because of its color, but I hope it will be okay: 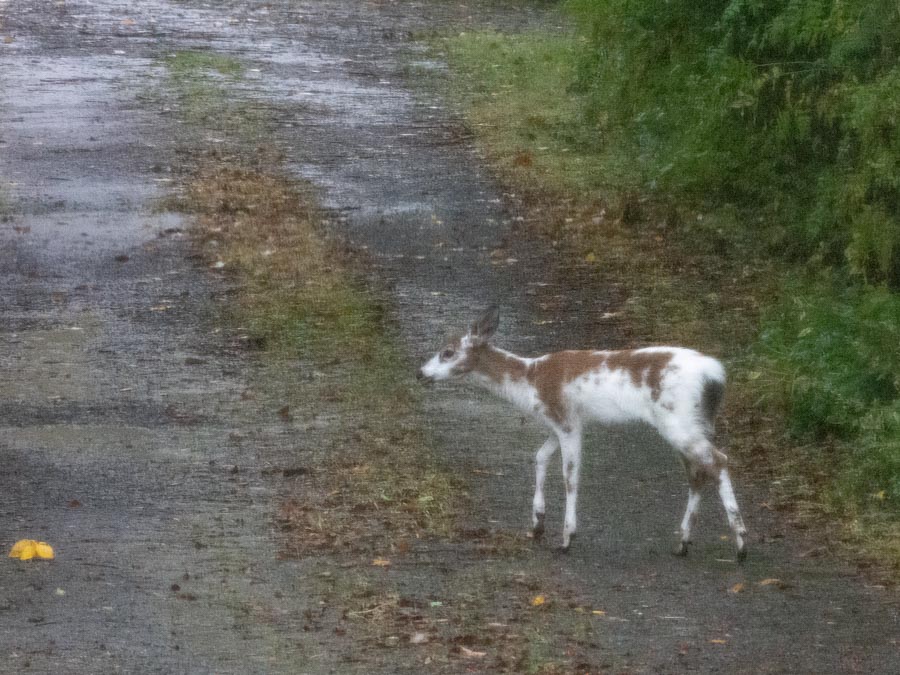