This is the kind of question that arises when you adopt full-blown intersectionalism. It’s apparently been decided that it’s okay to culturally “appropriate up“, i.e., Chinese people can wear jeans, and Africans suits, but it’s not okay to “appropriate down“, so that white people can’t wear cornrows or play jazz—at least not without explicitly acknowledging the borrowing and, as this article by Bianca Lambert, a freelance beauty writer, maintains, studying all the nuances of that borrowing.

The article at hand is, of course, at PuffHo, and the answer to the question in the title is a clear “yes: it’s appropriation for minorities to adopt black culture.” But it’s apparently not wrong for blacks to adopt Hispanic or Hindu culture. Click on the screenshot to read:

Most of the article is the usual culture-protection and calling-out of appropriators, and not worth commenting on again; but the thesis of the article, why other minorities can’t adopt black styles, is in just two sentences below. First, though, here are some members of minority groups who have been excoriated for wearing cornrows. Indented bits are from PuffHo:

Lilly Singh, host of “A Little Late with Lilly Singh,” has been called out throughout her career for “modern-day blackface,” wearing baggy clothing, cornrows and dashiki on her YouTube channel. The Canadian-born comedian, who embraces her Indian heritage, has dismissed the criticism on Twitter.

Braiding my hair makes me a black wannabe? LOL da eff?! I guess people with long hair are punjabi wannabes? Um no. Dismiss your ignorance x 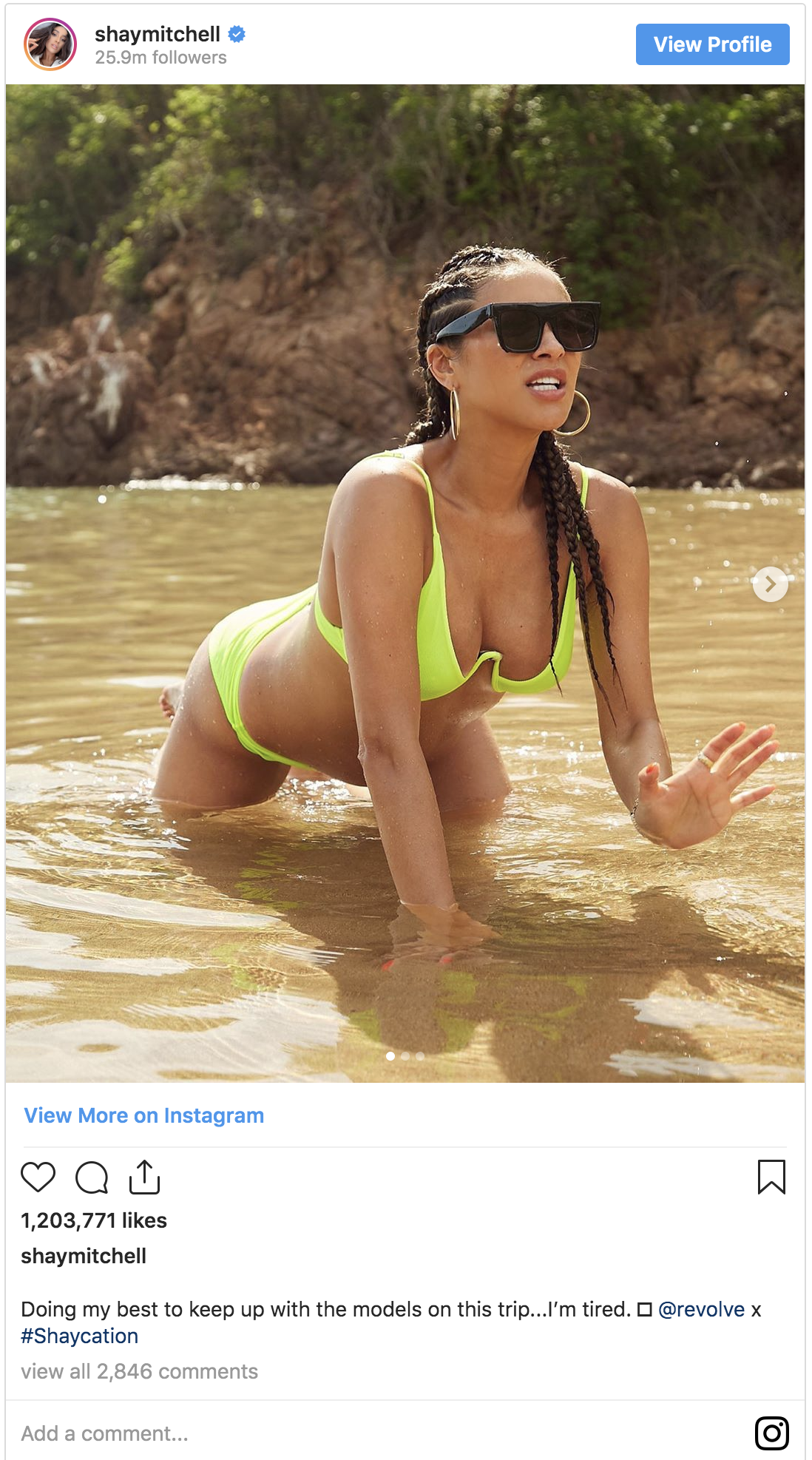 Most recently, YouTuber Nikita Dragun, who is Vietnamese and Mexican, made headlines for wearing gray box braids to show her “love and appreciation for all the gorgeous black women in my life and also to those that follow me,” she wrote on Instagram.

So is this appropriation? Absolutely.

But why? Her answer is conveyed by Lindsey Day, founder and editor of CRWN Magazine:

“The thing that’s interesting about an Indian or Japanese or Mexican person wearing American Blackness is that they’ve had the privilege of continuity in their own cultural traditions,” Day said. “They are playing dress-up in something that we’ve fought to regenerate after having centuries of cultural disruption and suppression.”

Dress-up? I don’t think so. People who wear cornrows or dreadlocks wear them because they think they look good, not because they’re donning part of a black Halloween costume. And what, exactly, is the “privilege of continuity”? The reasons for cultural appropriation, as usually enunciated, are that you are stealing aspects of another (and more oppressed) culture, and not giving them credit for it or being explicit about the sufferings of those from that culture (see below). What continuity has to do with it is obscure.

And continuity seems irrelevant, for you’re also called out for “appropriating” aspects of culture that have been continuous, like the jazz or hip-hop of black America or the kimonos of the Japanese. No, this is just another way to make one culture seem even more oppressed than others by confecting some specious and irrelevant “discontinuity.”

As I’ve said before, theoretically there are forms of cultural appropriation that are harmful to the appropriated groups. The example I often use, and dismiss, is Paul Simon’s use of the music of the South African group Ladysmith Black Mambazo in his “Graceland” album. Had he taken all the credit, given the group a minor credit, and not paid them well, that would have been invidious and unjustifiable cultural appropriation. But Simon didn’t do that: he acknowledged his debt to that group and in fact made them famous and well off. I’m hard pressed to think of any kind of cultural appropriation that is harmful at all, though I’m sure readers can come up with some examples. But in general, I think cultural appropriation is not only a sign of appreciation of another culture, be it “up” or “down”, but also enriches all cultures. It’s just in today’s “I’m offended” climate, it gives people a reason to parade themselves as victims and denigrate others.

And it’s not enough for a cornrow-wearer to simply say, “Yes, I’ve adopted a black hairstyle because I like it.” No, you have to do what they call the “emotional labor”. As Lambert argues, using the words of Keisha Brown, associate professor of history at Tennessee State University

“While acknowledging the origin of the style or influence is a good start, that is just the first step in moving from appropriation to appreciation,” Brown said. “Beyond mere acknowledgment of the influence or inspiration [and one’s privilege and platform], an individual should also strive to understand the origin, impact and function of said cultural practices.”

Sorry, but my response to that is, “You’re asking too much.” If you have to study the origin, impact, and function of cornrows or dreadlocks—which of course were worn in ancient Greece—before you wear them, and need to be quizzed or chastised if you didn’t, then we’ve come to a pretty pass. Imagine if you applied that to all of the many forms of music, food, clothing, and other things that have been adopted by one culture from another!

I maintain that it harms nobody for a Hispanic woman to wear cornrows simply because she likes them. The “damage”, as it is so often in these things, is merely the offense in the Pecksniffian beholder.

70 thoughts on “Cultural appropriation: can minorities appropriate the culture of other minorities?”