Stuff that happened on October 12 includes:

This was Eastern State Hospital in Williamsburg, Virginia, and was still operating when I was in college. Now it’s been turned into a museum about mental illness and another hospital has opened in the area. .

That loss of life for the Kiwis comprised 950 dead or mortally wounded.

Here’s that first iron lung. Those of us who remember polio scares as children were terrified that we’d wind up in one. Now they are obsolete due to the polio vaccine and to better kinds of aids for respiration:

As I was a c.o., I greatly admire this man, who wouldn’t fight but would go to battle as a medic to save lives. (His c.o. was based on religious grounds: he was a Seventh-Day Adventist.) And Doss saved 75 Americans during the battle of Okinawa, climbing an escarpment and, under enemy fire (and wounded four times), tending wounded men and dragging or carrying them to safety. His exploits are recounted in the 2016 movie “Hacksaw Ridge,” which is pretty good. Here is Doss is atop the Maeda escarpment: 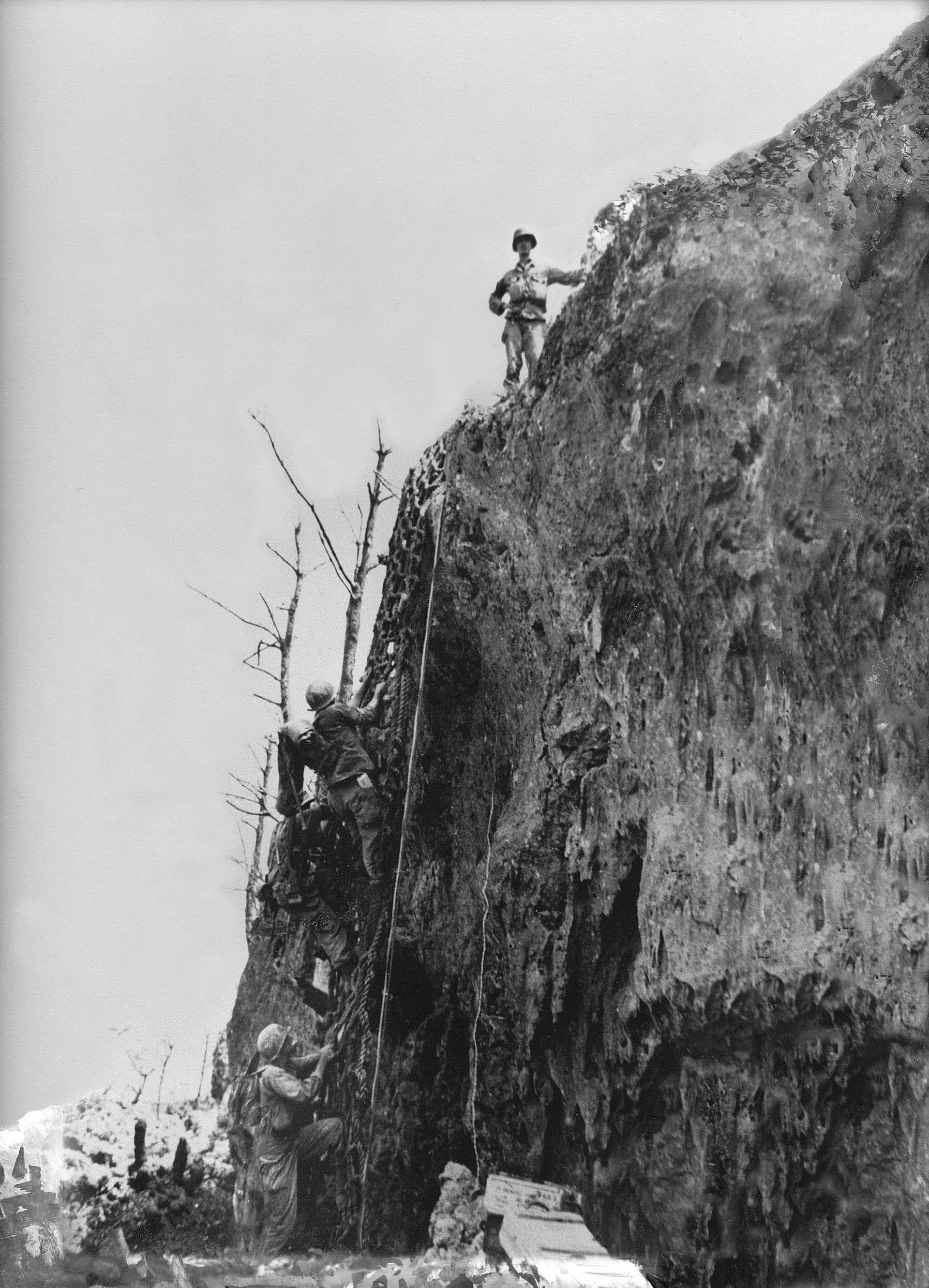 And here’s the volatile Premier pounding his shoe on the UN desk:

Carlos is serving a life sentence in a French prison. Here he is at two ages: 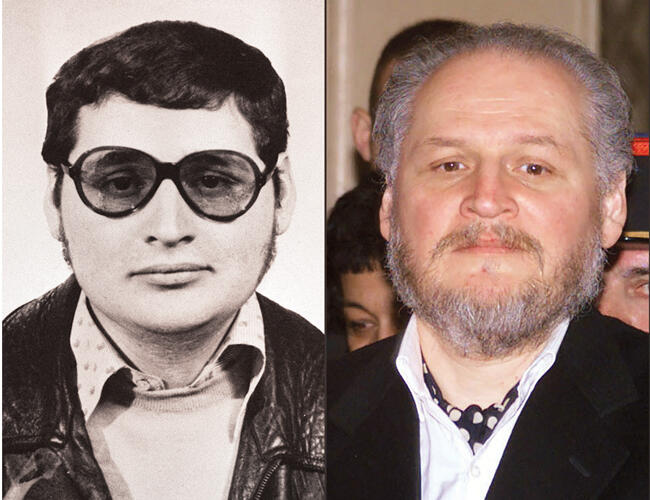 Those who croaked on October 12 include:

Here is a cat print by the esteemed painter, “A cat in a window”: 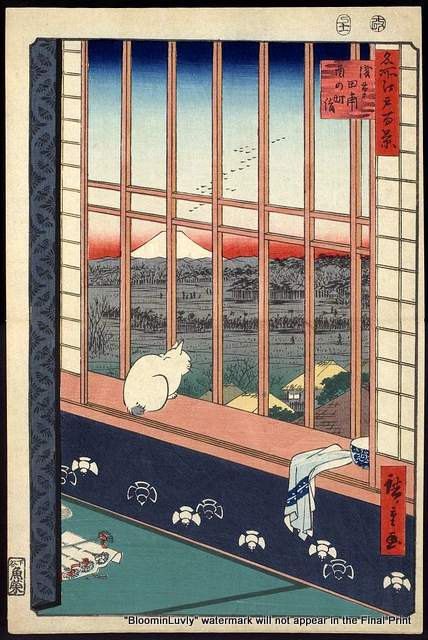 Meanwhile in Dobrzyn, Hili is rebuking the staff:

Hili: What do you have in this cupboard?
A: A horrible mess.
Hili: This you have everywhere 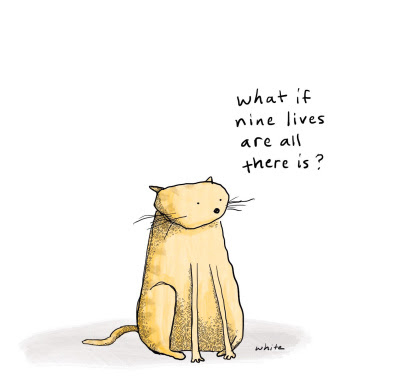 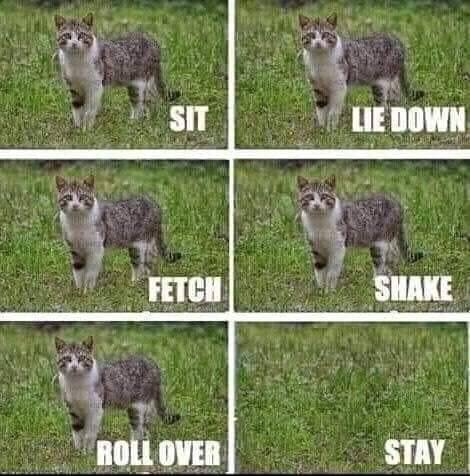 A cartoon from Mark Parisi: 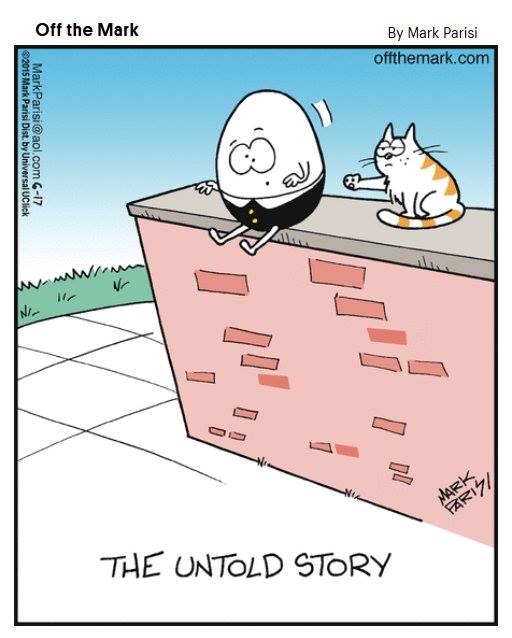 I think this woman had it coming:

A tweet from Canadian science writer Ziya Tong. (Yes, the animal is what you think it is.)

Canadians, we should all be proud. pic.twitter.com/dNKHYjhgTT

From reader Dom. Is this thing a d*g? Why is it running that way?

From Barry, who adds, “If I were there I wouldn’t be smiling or laughing!” I would, and I’d be stupid enough to pet it! Sound up.  Note that one guy turns his back on the cat to get a selfie!

Two tweets from Heather Hastie. In the first one, a red panda appears to freak out when the staff appears:

Look at the pouch on that hamster!

Two tweets from Matthew Cobb. Read the article: the guy gives us too much information:

Just when you think you’ve seen every weird insect, something like this comes along: