I am cooling my heels in the Baltimore airport en route to Chicago, writing in advance to wish you a happy October 5, 2019, and a joyous National Apple Betty Day, a toothsome dessert better known as “Apple Brown Betty” or “Apple Crumble.” It’s also Do Something Nice Day, Global James Bond Day (don’t ask me why they picked October 5), National Get Funky Day,  and World Teachers’ Day.

Stuff that happened on October 5 includes:

Here’s the plane. Wikipedia adds: “On October 5, 1905 Wilbur made a circling flight of 24 miles (38.9 km) in 39 minutes 23 seconds, over Huffman Prairie, longer than the total duration of all the flights of 1903 and 1904. Four days later, they wrote to the United States Secretary of War William Howard Taft, offering to sell the world’s first practical fixed-wing aircraft.”

See here for the story. The successful plane was a French two-seater Voisin biplane, and the German plane, both of whose occupants were killed was an Aviatik biplane. Here’s the French plane. Note that the machine gun was in front of the propeller, so no synchronization of bullets with propeller was necessary.

There aren’t many videos of Jansch, one of my musical heroes. Here he is performing Black Waterside:

Meanwhile in Dobrzyn, Hili isn’t hungry (mirabile dictu!), but she wants to be hungry. The reason: she just ate. Malgorzata reports: “Yes, I’m holding Hili and she just came from the kitchen after eating a huge meal with her favorite sausage. She just couldn’t fit another bite into her stomach.”

Hili: I’m starting to long for the moment when I will be hungry.
Malgorzata: Aren’t you hungry yet?
Hili: Perhaps not yet. 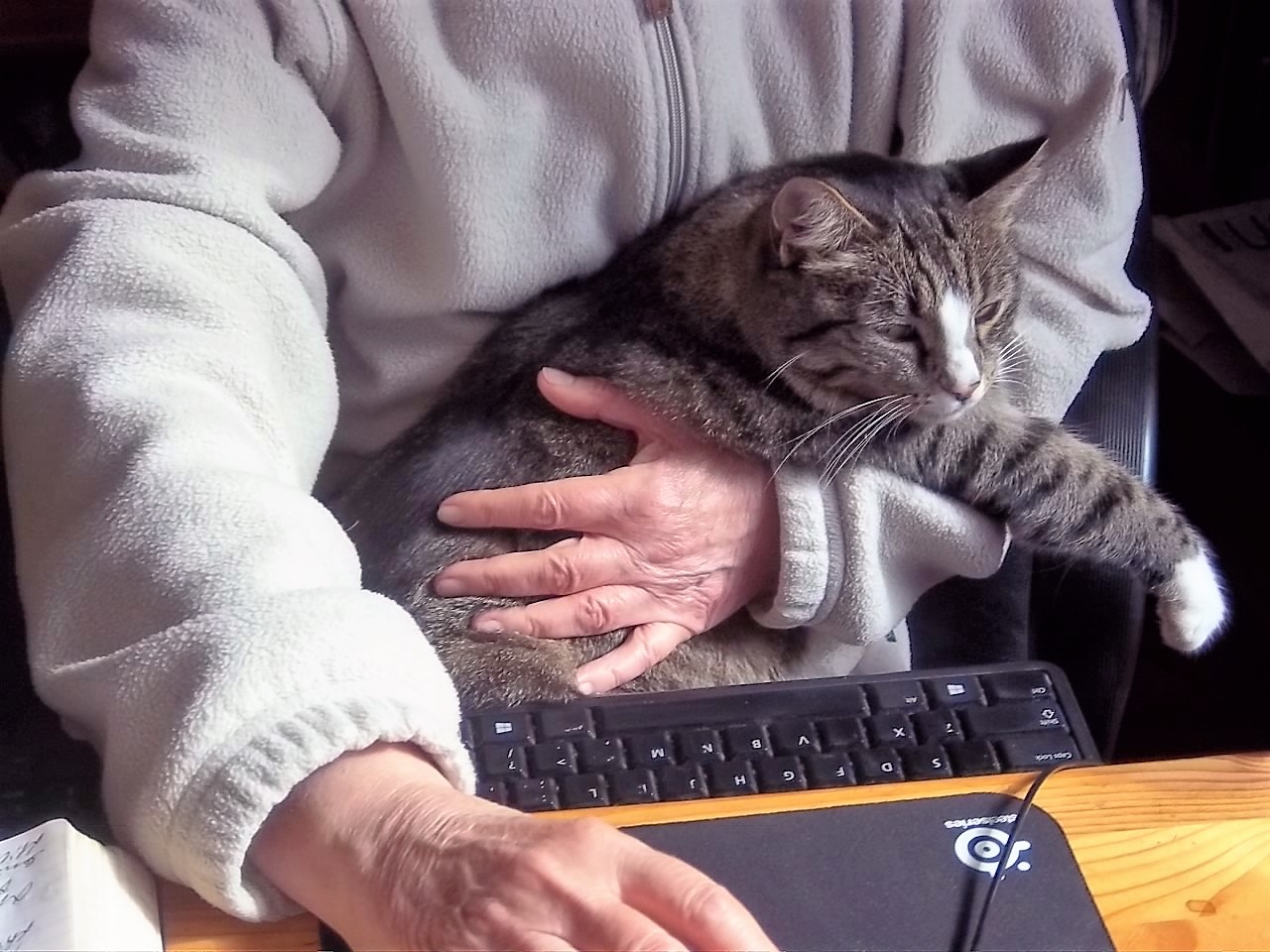 It’s some kind of anniversary for Leon: either his adoption day or his birthday; I don’t know which. If you wish, send me greetings and I’ll forward them to his staff.

Leon: Such an important day and no wishes, no presents?

From Pictures in History via Stash Krod: a real hammerhead shark. As Stash said, “Nailed it!”: 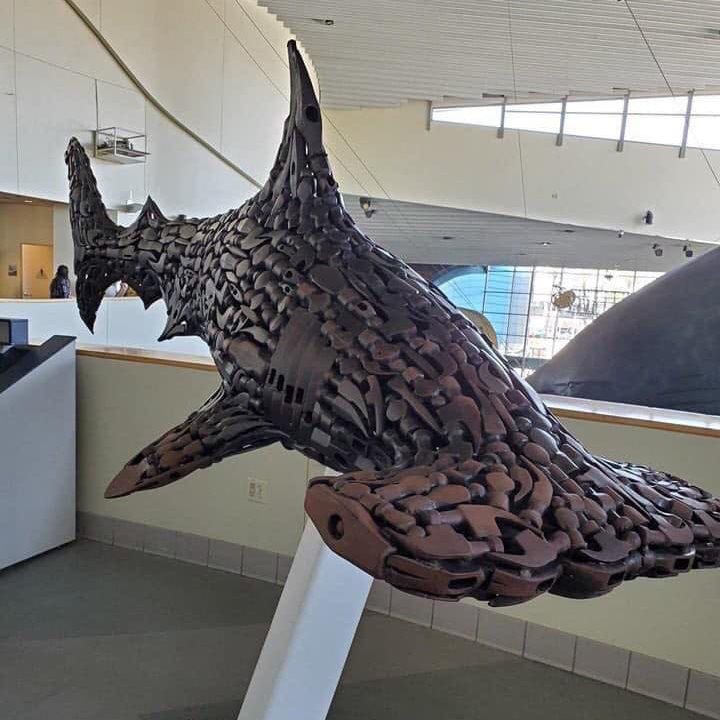 An amazing Facebook post by my friend Moto. The caption recounts the early life of Hank Aaron, who is still with us and will be 86 next February 5.  I can’t vouch for the truth of the narrative, but what I have checked out seems right. 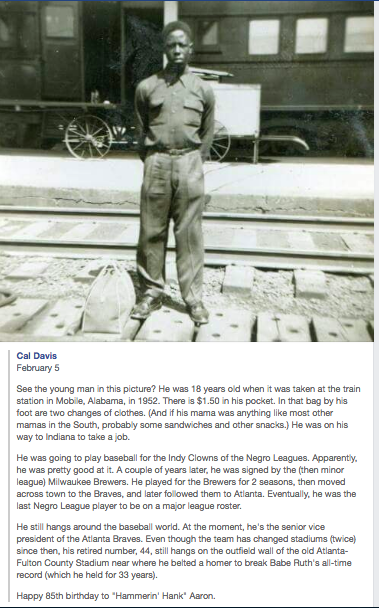 And a motorcycle made from balloons, taken from the Amazing Things FB page (Caption: “ok this guy is an artist! the whole thing made of balloons 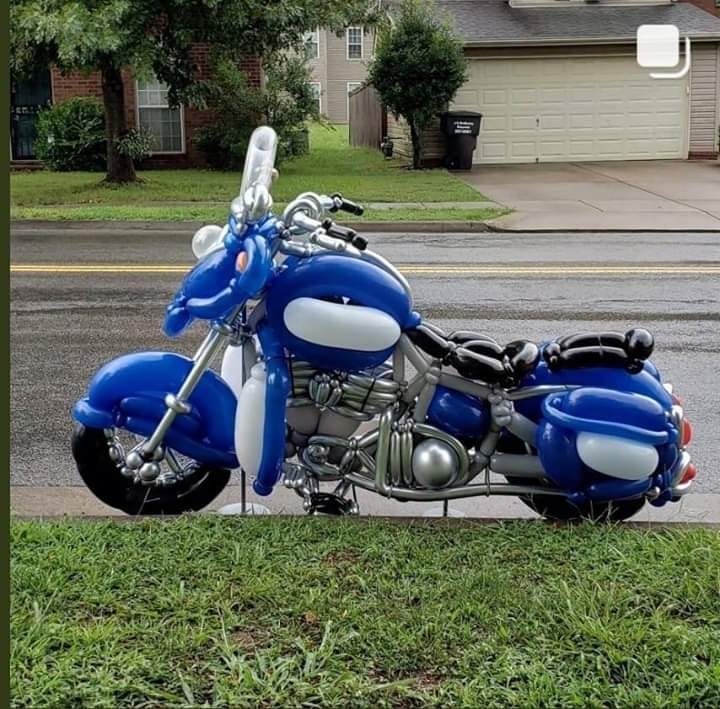 Two tweets from reader Barry. First a photo taken in the Library of Congress cafeteria, of all places. We have a plant in there!

This is funny as hell and I love it, but it's borderline improper. So I propose they add the note: "Peach mint must end in removal." https://t.co/EDks00unrp

Barry thinks this is a marmoset, but I’m sure it’s not. I believe it’s a sugar glider. What say you?

My people need me! pic.twitter.com/nCfwJsGVVj

After being buried under an avalanche of one person asking, here's the audacious theft with a scandalously appropriate soundtrack. 🔊 pic.twitter.com/RXZPNoKJ7s

And a real Chinese lucky cat. I suspect the owner is offstage giving cues, though.

From Matthew: Teddy, the vociferous porcupine, noms pumpkin. Sound up to hear both the nomming and Teddy’s lovely voice.

Teddy the talking porcupine enjoys an autumnal treat.
Sound on, if you please. pic.twitter.com/PuQmCN3Srv

A goose and his staff go shopping at Wal-Mart. A lovely relationship, though the staff’s narration is a bit annoying;

This kauri tree lived for about 1500 years, long enough to document a near reversal of the Earth’s magnetic poles. Click on the link to read more:

What Matthew calls an “oldie but goldie” from Doonebury. It’s of course from the Nixon era, but it’s strangely relevant today: