The Cheezburger site gives some photos of cats with vitiligo, a condition that occurs in other mammals. The link in the caption below goes to a fuller explanation.

There are different types of depigmentation in felines; Leukoderma (“white skin”), leukotrichia (“white hair”) or vitiligo, which leaves cats with a “snowflake” appearance. All the conditions are very rare and purely cosmetic, meaning the animals who have the rare condition aren’t physically affected by it.

Vitiligo is one form of leukoderma. It usually causes loss of pigment on the face and feet, and this form of vitiligo has been linked to cats that derived from South-East Asian (Siamese, Burmese and related breeds).

And the second link says this about the condition:

Vitiligo is one form of leukoderma [“white skin”]. Originally this was thought to be rare in cats, but thanks to social networking and the internet, more and more cases are coming to light. it usually causes loss of pigment on the face and feet. Antibodies are formed against the pigment-producing melanocytes. The melanocytes are destroyed leading to white areas of fur or pink areas of skin. This form of vitiligo has been found in cats derived from South-East Asian stock i.e. Siamese, Burmese and related breeds. This may be due to the founder effect where early imports, or an influential stud, passed on the gene(s) for vitiligo. Those genes might not be expressed unless triggered by some external event e.g. stress or illness (both of which release stress hormones).

Michael Jackson famously said he suffered from vitiligo, and this site gives a list of famous people who had the condition, including Steve Martin, Joe Rogan, and model Winnie Harlow, currently very popular.

Below are some cats with the condition, which doesn’t seem to be harmful. Indeed, it produces some lovely moggies: 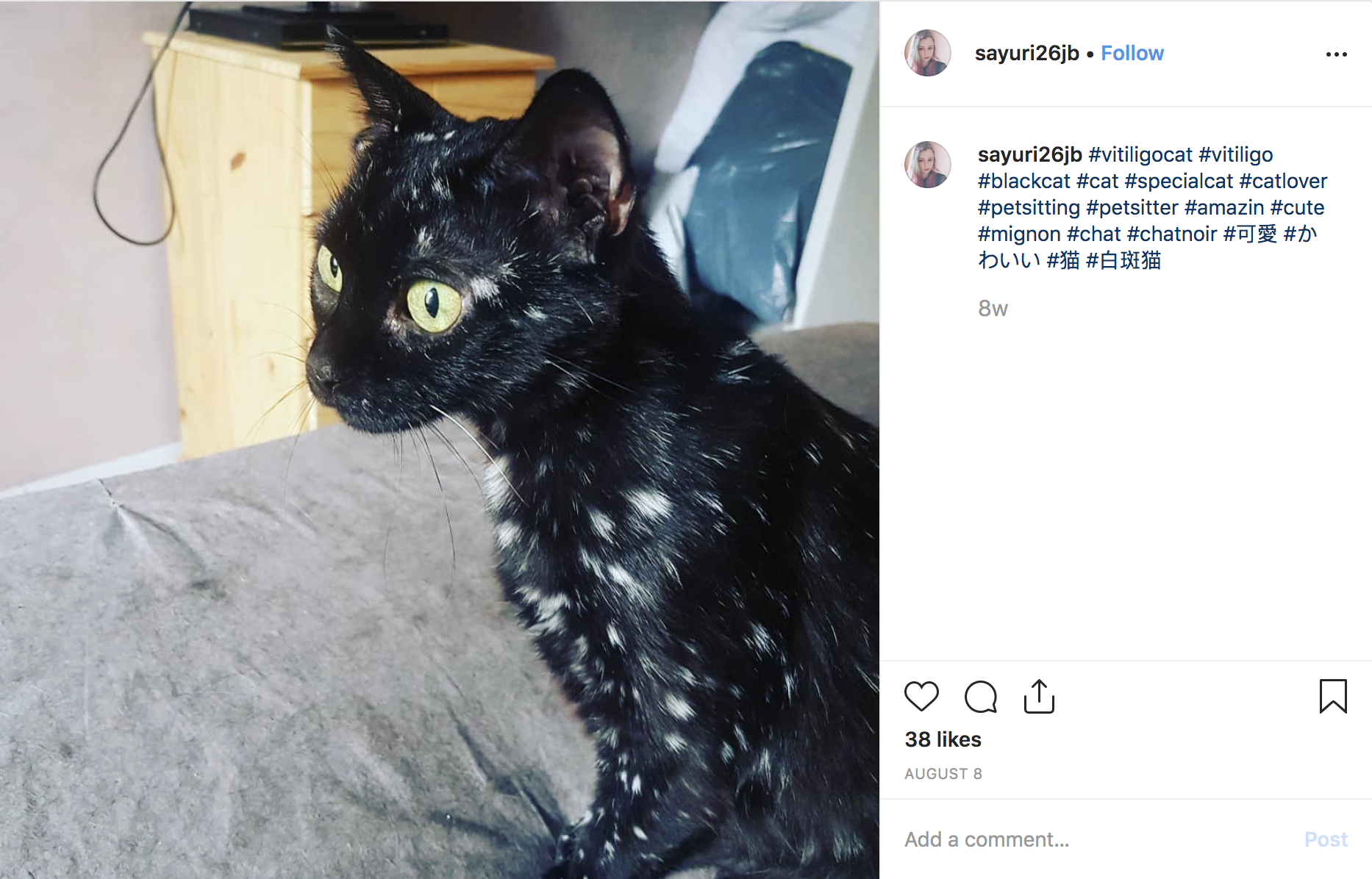 And in a wild cat, also from Princess Picklebricks: 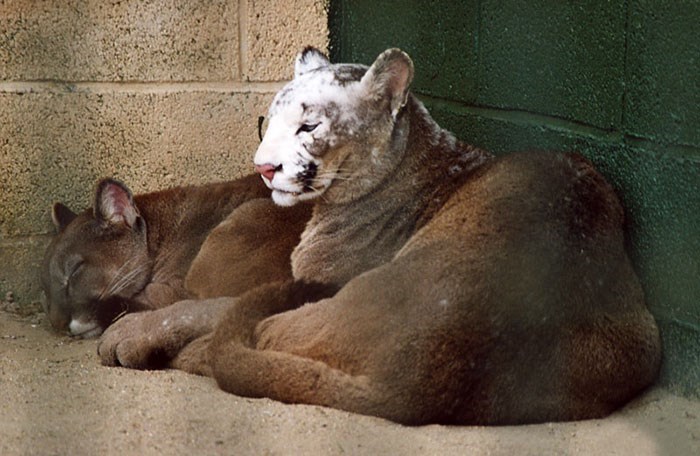 This article, about a clones kitten in China, comes from ABC News (Australian Broadcasting Corporation); click on screenshot to go there:

Seven months after Huang Yu’s pet cat Garlic died, the British shorthair has been given a 10th life.

. . .Pet cloning is illegal in many countries but approved in countries including South Korea and the US, where singer Barbra Streisand announced last year she had cloned her dog.

The first major success in animal cloning was Dolly the sheep, born in Britain in 1996 as the first mammal cloned from an adult cell.

Four genetically identical copies of Dolly were cloned 11 years after the famous cloned sheep, who suffered ill health and died prematurely in 2003.

In 2005, researchers in South Korea cloned the first dog. The Sooam Biotech Research Foundation in Seoul said it had so far cloned some 800 pets, charging $100,000 each.

This is, I guess, done the usual way: a cell is taken from the moribund cat (possibly when it was still alive), cultured, “de-differentiated” so that the nucleus can resemble that of an undifferentiated zygote, and then that nucleus  is injected into an unfertilized egg from another cat, an egg from which the nucleus has been removed. What we have then is the equivalent of a fertilized cat egg containing the same genetic information as the donor cat. These manipulated zygotes,  are grown in vitro for a few days, and then implanted into a surrogate mother (a cat in this case). This procedure is usually done in replicate so that the chance of getting a viable embryo is increased.  Mr. Huang said this:

“I blame myself for not taking him to the hospital in time, which led to his death.”

The happy owner said he hoped the personality of the new Garlic would be as similar to his old white-and-grey cat as its appearance.

In this case it seems to have worked: here’s the cloned kitten, named Garlic, for which the similarity between it and its deceased source cat is said by Mr. Huang to be “over 90%”, though I have no idea how he measured that:

This is a way, albeit an expensive one, to keep your pet living on after it dies. In theory, you could keep a cat going forever by repeated clonings, though I don’t know if that would work.

Here are two rare clouded leopard cubs (Neofelis nebulosa) born at the Smithsonian National Zoo in Washington, D.C., who debuted in September. The video is over an hour long, so just watch as long as you want.