It’s Thursday, October 3, 2019, and as you read this I will be in Williamstown, Massachusetts, scheduled to give a talk at the extremely woke Williams College. But I’m avoiding all politics there, limiting my discussions to biology and free will. Posting will be very light today and tomorrow.

It’s also National Soft Taco Day (cultural appropriation), National Boyfriend Day, National Kale Day (Jebus, I hate that stuff, and that’s not good because it’s good for you), and National Butterfly and Hummingbird Day. Finally, Wikipedia tells us that “On social media: [it’s] ‘Mean Girls Day’, a widespread phenomenon in celebration of the film Mean Girls.  Why they’d celebrate that is a mystery.

Stuff that happened on October 3 includes:

Perhaps you’re familiar with this gruesome method of execution from the film Braveheart, for it’s the way William Wallace was executed. Apparently the prince of Gwynedd was the first prominent person in recorded history to be executed this way. Wikipedia tells us how it went:

On 30 September [1283], Dafydd ap Gruffudd, Prince of Wales, was condemned to death, the first person known to have been tried and executed for what from that time onwards would be described as high treason against the King. Edward ensured that Dafydd’s death was to be slow and agonising, and also historic; he became the first prominent person in recorded history to have been hanged, drawn and quartered, preceded by a number of minor knights earlier in the thirteenth century. Dafydd was dragged through the streets of Shrewsbury attached to a horse’s tail then hanged alive, revived, then disembowelled and his entrails burned before him for “his sacrilege in committing his crimes in the week of Christ’s passion”, and then his body cut into four-quarters “for plotting the king’s death”. Geoffrey of Shrewsbury was paid 20 shillings for carrying out the gruesome act on 3 October 1283.

Wolfe is one of my favorite writers. Here’s a photo (he died at only 38): 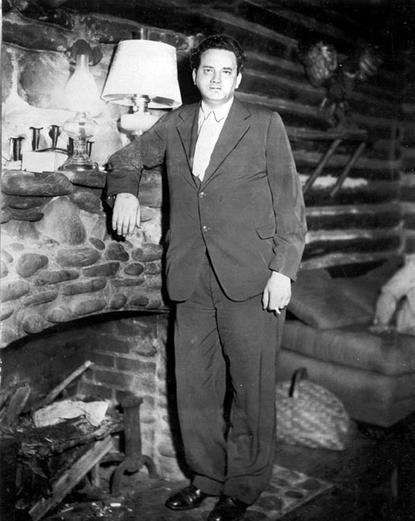 I discovered Fleetwood Mac only relatively late, well after they’d passed their peak. And now I marvel about how great they were, and what a good guitarist Buckingham was. Here he shows off his skills in a 2008 acoustic rendition of “Big Love” (beginning of clip to 3:45). It’s a good specimen of three-finger picking, and I’m especially impressed at how he plays a complicated melody at the same time singing with extreme soulfulness:

Those who snuffed it on October 3 include:

Woody Guthrie died of Huntington’s Disease at age 55—a disease that also killed his mother and two of his daughters—after a long period of decline. Only two videos survive of him performing live. This is one of them, in which Guthrie performs “John Henry” with Sonny Terry and Brownie McGhee:

His famous guitar had a label: “This machine kills fascists”: 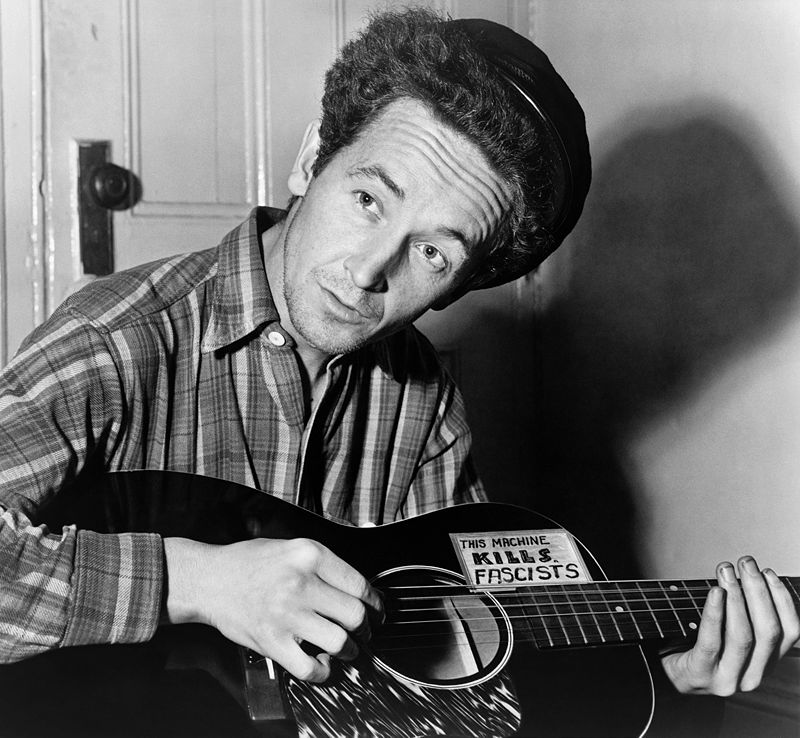 Meanwhile in Dobrzyn, Hili laments the cold weather, which has already curtailed her nocturnal roaming:

Hili: Nuts are starting to fall off the trees.
A: So what?
Hili: It bodes ill; winter will come. 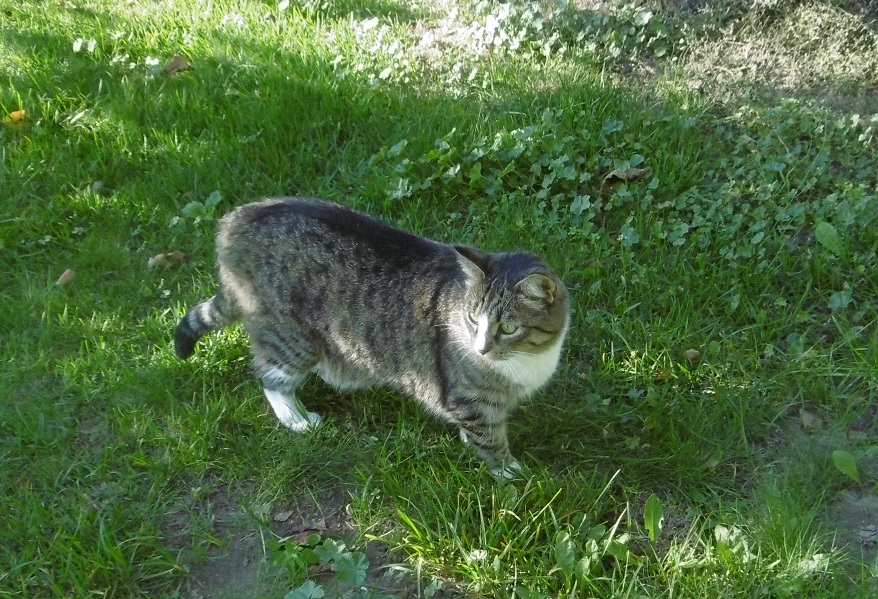 And in nearby Wloclawek, Leon has been sick, but he’s recovering now.

From gravelinspector: the Quacktress is still peddling woo at her site:

Another reason to vote against #quartz in #MinCup2019

Goop shop will happily take US$85 of your cash in exchange for its ‘Goop Medicine Bag’.

FFS people! Its just 9 tiny polished mineral samples – 8 of which are quartz, with no medicinal benefithttps://t.co/hzqdOP4uPn pic.twitter.com/NM879RbxRX

Evolution requires believing that 3.5 billion years of natural selection and survival of the fittest led to you assholes.

From Barry: A dragonfly that thinks it’s a sexpot:

Two tweets from Heather Hastie. In the first one, a cat pwns a Robo-Vac:

And a tweet (via Ann German) responding to one of Trump’s tweets that said simply, “PRESIDENTIAL HARASSMENT”:

Three tweets from Matthew. This first one shows that ducks don’t always like the rain:

Matthew said this tweet is going to make me feel old. It doesn’t—it makes me feel proud. “Spill the tea” will be one entry on a future “Words and phrases I despise” post. And “retweet” is old hat.

The other day I asked Twitter for examples of words and phrases that are used by younger people and not understood by older people. Here are some highlights… pic.twitter.com/dwysLXLTh7

don't get a black rug if you have a black cat. pic.twitter.com/iX2gGZpOv9