We have a short version of the photos today as I’m traveling and my photos reside on the computer in my office. Fortunately, reader James Petts sent two photos yesterday. His notes are indented:

You probably  see lots of mule deer photographs, but I think these are interesting, since they show late-season antlers. I don’t believe there is anything wrong with this buck, but his antlers (a) are asymmetric – front prong bifurcated on one side, back prong on other, and (b) you can see the nodules at the base indicating the beginning of growths in later years. I don’t remembers seeing these on yearling bucks, but I’ll keep an eye out. BTW, these are the Columbian Black Tail subspecies (Odocoileus hemionus columbianus). 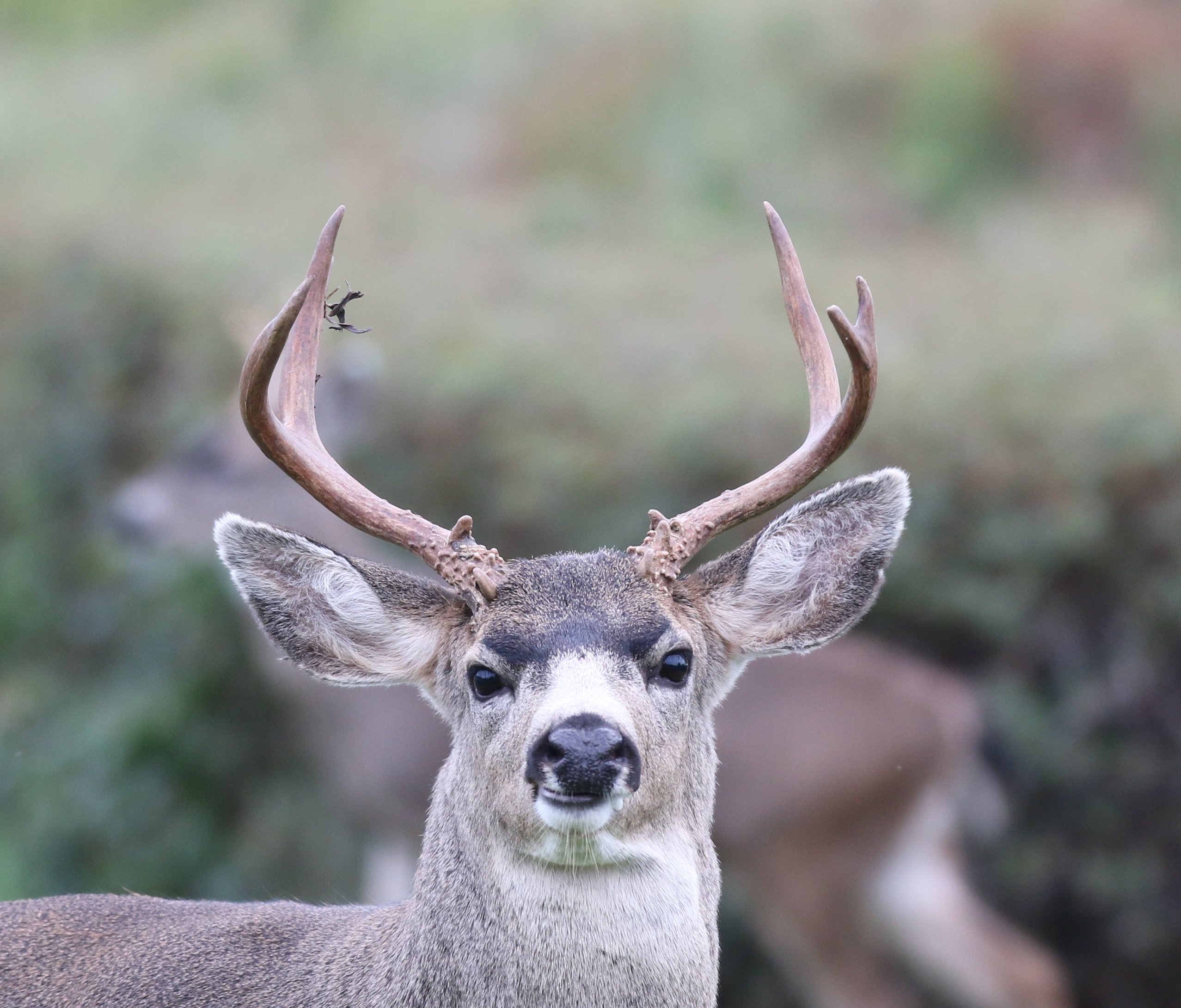 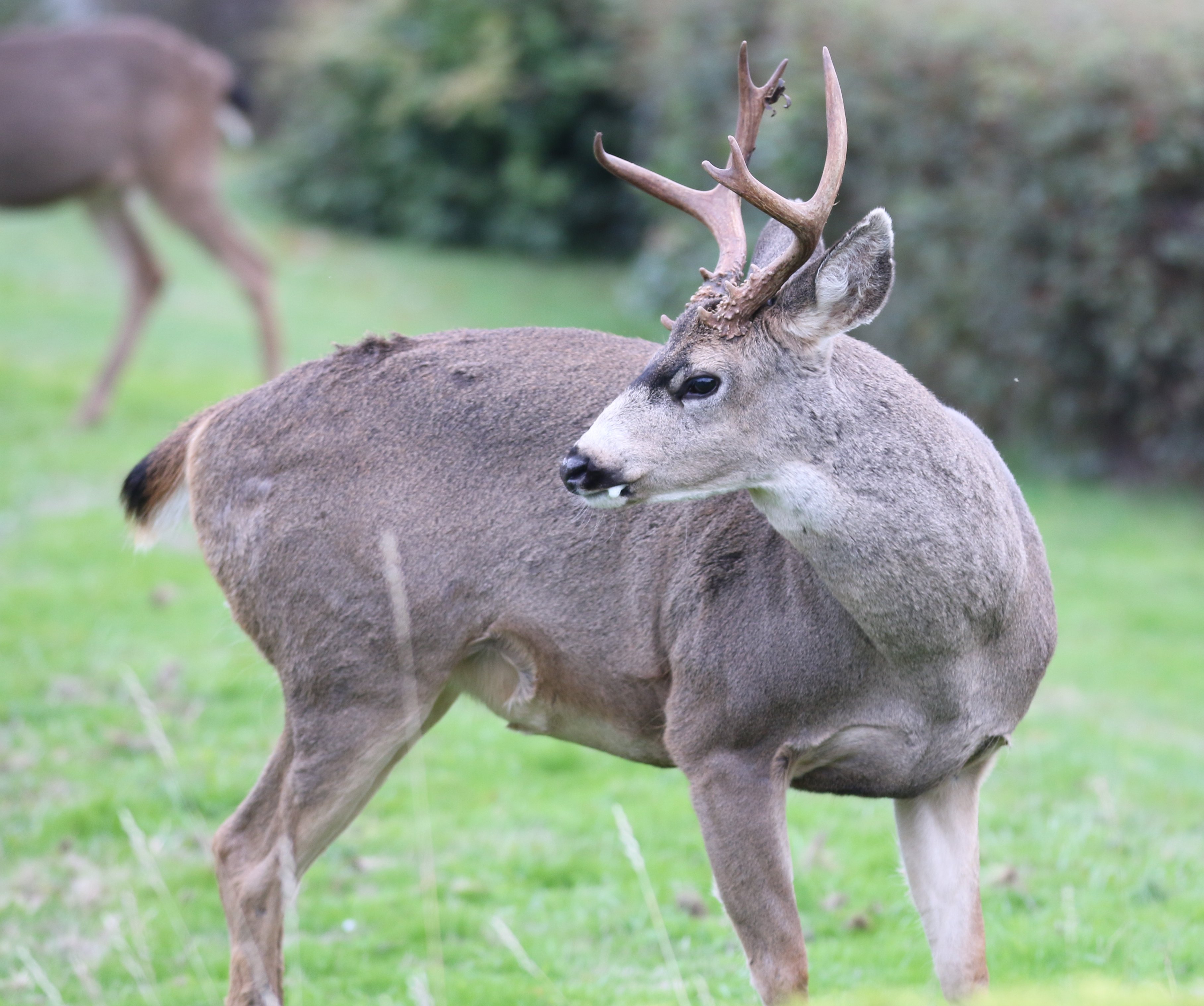