I’ll be brief. Things in the House of Representatives look as if the Democrats are moving slowly but surely towards impeachment proceedings against Trump. The President’s call to the Ukraine was the last straw. Nancy Pelosi is now wavering on her no-impeachment stand as one Democrat after another is making dump-the-Trump noises. Even Joe Biden said that he’ll favor impeachment if Trump doesn’t cooperate with Congress on several investigative fronts. (Trump now says he’ll release an unredacted transcript of his call with Ukrainian President Volodymyr Zelensky.)

So, the results of yesterday’s poll may be prescient, though I’m disappointed that so few people voted: 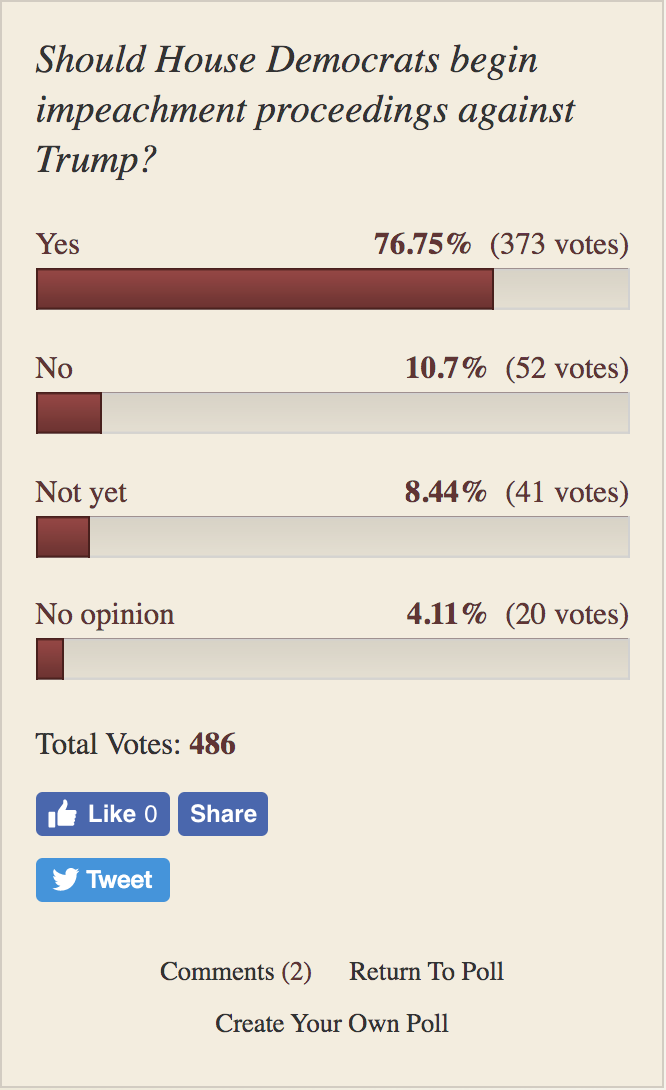 This is one of those rare moments when we have constitutional crises occurring simultaneously in the US and UK. In today’s New York Times, though, conservative Ross Douthat floats the idea that Trump actually wants to be impeached, as he’ll supposedly stand to gain from it for four reasons (Douthat’s words):

Douthat isn’t obtuse enough to think that these are good reasons, nor that they’ll have the effect Trump thinks. In fact, Douthat says “The dictum about wrestling a pig (you get dirty, and besides, the pig likes it) doesn’t hold up if the pig keeps punching you; the dictum that it’s better to beat Trump at the polls than lose a Senate vote probably doesn’t hold up if you talk yourself into looking permanently supine in the face of indubitable corruption.”

And that’s my view. The House Democrats can’t simply sit by idly under the presumption that impeachment will damage the Democrats in 2020. I doubt it will, but we shouldn’t think much about that. For there are simply times when we have to take a stand against corruption and mendacity in the government. Now is that time.

Oh, and most people think Warren will be the Democratic candidate next year: 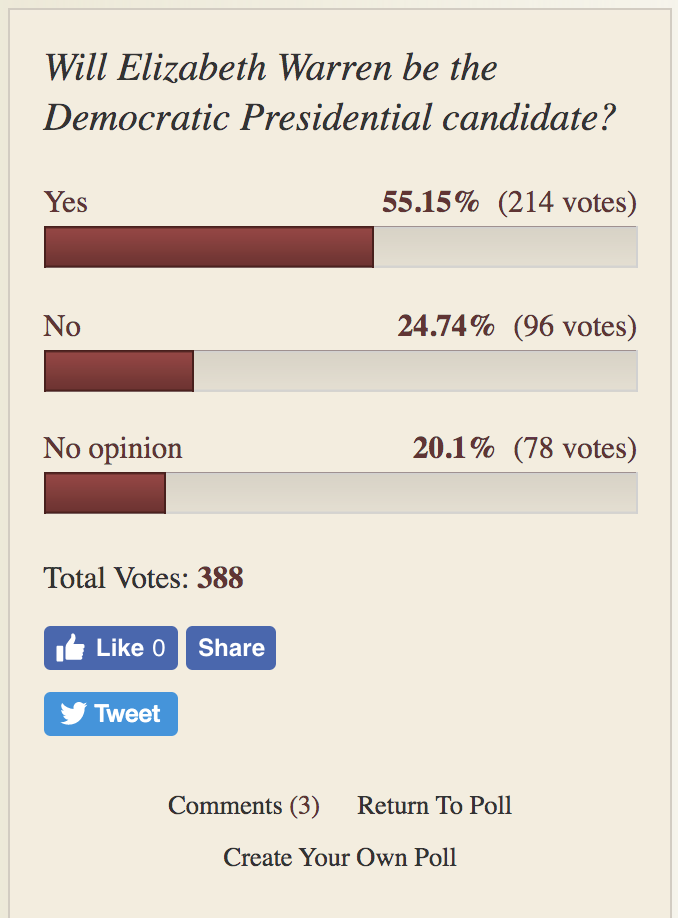 50 thoughts on “Impeachment in the air (and poll results)”