There are several reports, the most prominent in Time magazine, that Justin Trudeau wore brownface as a school teacher, which he admits and for which he’s apologized (there are photos).

Justin Trudeau, Canada’s prime minister, wore brownface makeup to a party at the private school where he was teaching in the spring of 2001. TIME has obtained a photograph of the incident.

The photograph has not been previously reported. The picture was taken at an “Arabian Nights”-themed gala. It shows Trudeau, then the 29-year-old son of the late former Prime Minister Pierre Trudeau, wearing a turban and robes with his face, neck and hands completely darkened. The photograph appears in the 2000-2001 yearbook of West Point Grey Academy, a private day school where Trudeau was a teacher.

. . . On Wednesday, Zita Astravas, the media relations lead of the Liberal Party of Canada, which Trudeau is the leader of, confirmed that the prime minister was in the photo. “It was a photo taken while he was teaching in Vancouver, at the school’s annual dinner which had a costume theme of ‘Arabian Nights.’ He attended with friends and colleagues dressed as a character from Aladdin,” said Astravas. Trudeau is planning on addressing the photograph to the media later this evening, according to the Astravas. The prime minister’s official director of communications did not return multiple calls. 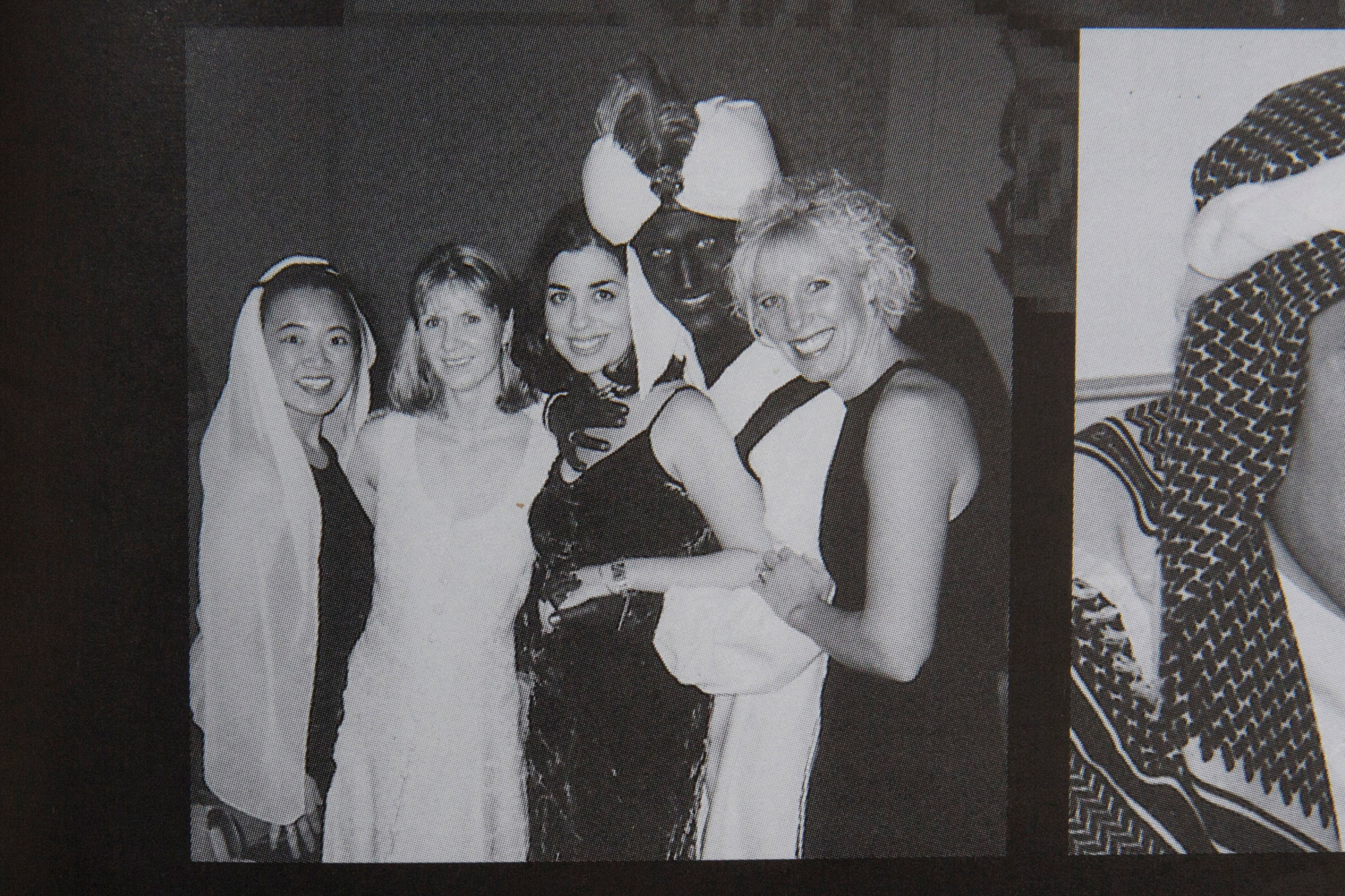 This photo, posted by CanadaAndShow.com, is regarded as “arguably worse” because the Prime Minister is flanked by two men dressed as Sikhs. Canadian Sikhs have objected, as have many others: 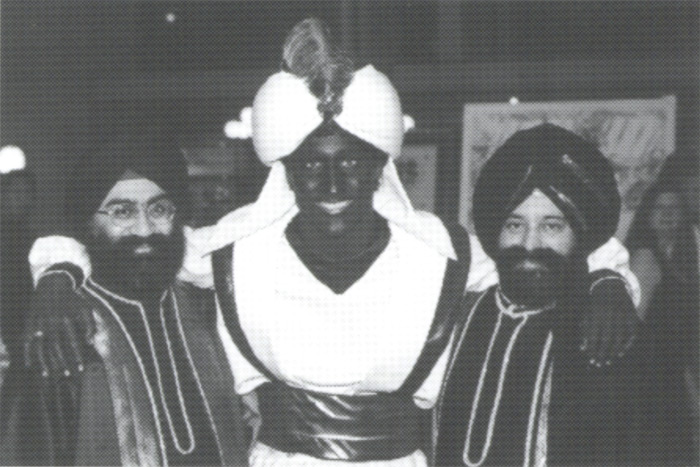 It gets worse: Time also reports that Trudeau admits to wearing blackface in high school:

“When I was in high school I dressed up at a talent show and sang ‘Day O.’ With makeup on,” he said.

The publication of the photo embroiled his campaign in scandal, with Canadian reporters asking why he had not been forthcoming about the image if he knew it existed.

Trudeau is about to be in a close election, with his Liberal Party tied in the polls with the Conservative Party. Given that this was so long ago, and because Trudeau has since shown great sensitivity to Canadian minorities and women by producing the most diverse Ministry ever, I consider him “reformed” of whatever racism was behind his costumes. I therefore can’t be arsed to damn the man or call for him to resign.

It is ironic, though, that during his tenure as PM he’s acted uber-woke, even wearing Indian clothes on a visit to India and making Indian hand gestures. (For that he was called out for cultural appropriation.)

But others may feel differently, and I respect those feelings though I don’t agree with them. Do you think he should resign, or do you think that, if he doesn’t, he will be defeated because of his acts? Weigh in below, especially if you’re a Canadian.

192 thoughts on “Justin Trudeau admits to wearing both blackface and brownface. Is he toast?”